The trio rolled up to the Luxor and were greeted by Rico Provenzano how he had greeted Faro and the Barstows earlier in our tale.

“Looks like we’re all paisans. Now let’s sit down.”

Rico grabbed Thorny around the neck. “This one likes to get down to business. I like that too. Eat first?”

“Never say no to a free meal.”

“Yeah, ya never know which one’s your last.”

“Your boys understand the world, Doc.”

“You have no idea how right you are, Rico. Believe me, they’ve taught me as much as I’ve taught them.”

Rico took them into a private conference room at the Luxor set for a fabulous lunch. Six friendly but serious looking men stood up from around the table to greet them. They were clearly Italian and everyone clearly knew the proper way to greet each other.

They enjoyed a delicious Italian meal together and talked about life in Italian families, sports, the weather, women, and Thorny and One Flare entertained them with humorous anecdotes of their adventures together, and Faro finally heard the yarn about how a big fiberglass gorilla ended up atop One Flare's skate ramp. He practically choked on his gnocchi he was laughing so hard.

They sat back stuffed for a few minutes staring alternately at each other and the empty plates. The waiter pushed over a desert cart loaded with Italian pastries.

“Oh ho! I might just be able to find enough room left for one of those cannoli.” 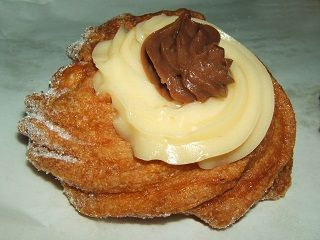 “In that case, I’ll take the sfogliatella.”

Espressos were served all around.

As they finished the deserts, Rico signaled the waiter who brought over a cigar box loaded with Davidoff cigars.

“Well there’s something we don’t try too often,” commented Thorny reaching for one.

“Nice. Davidoff.” said One Flare as he sniffed deeply along the length.

“Dude, what do skaters know about cigars?”

“What do you know about skaters?” he asked affecting an air.

Faro started. “So it’s obvious you’re the gentlemen we’re to do business with.”

“Well, let me begin by saying I don’t particularly like the line of work you gentlemen are in, but I don’t know where else to turn.”

“Whattaya mean? Why we here then? We can just leave right now.” The men made faux movements of getting up to leave, but Rico and Faro made conciliatory gestures as Faro continued.

“Now, now. We have a common foe that it is in your interest to help us be rid of.”

Faro sat back in his chair and puffed his cigar. He looked each man in the eye gravely. “Fascisti.” He used the Italian.

“Where?” began the group leader excitedly. “ They’re everywhere these days. You can’t get away from them. They’re the ones that put the FBI on us so they could bring in their Columbian and their government-run drug operations. It ain’t been the same since. You—you think they care about collateral damage when they do business or keepin’ neighborhoods safe for kids to play in? The only reason they let us into this country was to be debt slaves in their factories and coal mines. Well we found our way to get a piece o’ the pie, we did. Then they tried to take that away from us too!” He was becoming agitated.

“Spare me your indignation. But without saying too much, let’s just say we’re expecting a visit from these fascisti, a visit intended to thwart our work against them. What they have planned would make things considerably worse for your business, if not mean your certain death.”

“The same thing they’ve always been up to—taking over the world and killing or enslaving everyone they don't like.”

“What do you need from us?”

“Two things: manpower and firepower. It would require you to relocate upstate for a while.”

The men looked at each other in astonishment.

“It’s like in The Feverman’ episode of Monsters,” whispered Thorny to One Flare. “Charge high, pay high, and you’ll die content.”

“Monsters? You mean that obscure 80s show on right before Friday the 13th: The Series?”

"Yeah. I think David McCallum was in that episode."

“You boys done with your little side conversation? Thank you.”

Faro now turned to the boss. “Let me make it perfectly clear, gentlemen. If these people are successful in their current operation, it would mean the destruction of the United States as we know it. No more plea bargaining, no more Constitutional protections, no more equal justice under the law (as if we have much of that left) or attorney-client privilege.”

“I see your point. No one fucks with the US of A and gets away with it with us.” The men got up and huddled in one corner of the room. They spoke in hushed tones. An odd trait of the Mafia is that their patriotism actually rivals their villainy.

“We want the hundred grand plus cost of weapons, ammo and lodging.”

“You’ll get free food and lodging. As for weapons and ammo, I have a better idea. How about 100 large and your little skimming operation at the Venetian goes unreported to the authorities?”

“Hey, how you know about that?” They looked at Rico who threw up his hands indicating ignorance.

“I only know the Luxor.”

“That’s beside the point. And one more thing: this arrangement is purely one of convenience. When it’s over, you go your way and we go ours. We don’t make friends, we don’t have Sunday dinner together, all debts are paid.”

Thorny slapped One Flare on the chest with the back of his hand and pointed demonstratively at the remark with his cigar.

The alpha among them eyed Faro furtively. “I can see you’re an honest man. I trust you to do business. Plus, you’re a paisano.” Then with a suspicious, knowing curiosity, he continued, “ What’s that jacket you were wearing when you came in, and why’d you take it off?”

“That’s a very old jacket. My father gave it to me before he passed away. He was in La Resistenza fighting the fascists. An American pilot he rescued gave it to him as a keepsake in gratitude for his life. I never wear it when I sit down for fear of damaging the collar or the artwork on the chair back.” 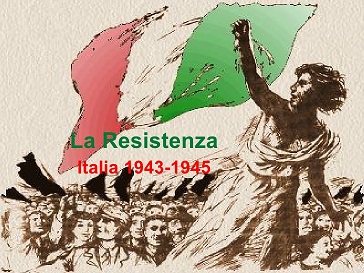 The men looked admiringly at Faro and nodded approvingly.

“Some of us have similar stories, Doc. Deal.”

Interesting story and a nice video of Monsters. Thanks.

So are aliens real or not?