The boys emerged from the tunnel panting loudly, Thorny wincing with pain from the shoulder rope, but not half as badly as Carrie from bobbing and swinging. They wanted to collapse and drop the girls, but a van was waiting and the medicine man’s niece was leaning against the back. She opened the doors and said, “In here.”

They noticed a tall Indian from the sweatlodge perched on a horse. He touched the tip of his hat in greeting.

The boys set the girls down as gingerly as they could in the back of the van and looked questioningly at the niece.

“Keys are in it,” she answered.

“What are you gonna do?”

The tall Indian hoisted her up and turned the horse to trot away, but stopped.

“Don’t stop till you get to the fry bread stand,” he told them. And off he went. One Flare jumped in the driver’s seat and Thorny took shotgun, where he did indeed find a shotgun. It was a Remington 870 Express tactical. He pumped the action to chamber a round and held it on his lap.

“Talk about riding shotgun. That’s a sweet piece ya got there,” One Flare commented as he spun out on the dirt road.

“That’s what your mom said.”

At that moment Mary swung her legs around and started kicking the back of the passenger seat with both feet mmmphing loudly which sounded rather like muffled cussing. Carrie began to berate the boys harshly.

“What the fuck are you doing? Untie us you morons!”

“The guy said not to stop till we hit the fry bread stand.”

“It’s gonna take more than fry bread for you, mister!” She growled in anger and struggled futilely. The girls exchanged looks of annoyance and frustration with their men.

As they approached the fry bread stand back on the highway, One Flare slowed down and stopped a few yards away. The two climbed back between the seats to free the girls. There was so much damn rope and the knots so complicated, they finally just took out their knives and cut everything.

As they climbed out the back, Carrie and Mary lit into the boys with a barrage of slapping.

“How could you?” “You shoulda let us go right away!” “I can’t believe you made us ride all this way like that!” And so on.

The boys didn’t fight back because they knew the girls were just blowing off steam, and they just happened to be available. And if they really wanted to hurt them, they wouldn’t be slapping. Finally the girls stopped and composed their anger. They fell on the boys’ shoulders, embraced them, and cried with relief until composing themselves once again. Gently the boys helped them to sit on the bed of the van, feet hanging over the rear bumper.

Just then Thorny was alerted to the deep whir of an accelerating vehicle. He saw a black SUV speeding toward them that seemed to contain Silva's four assistant henchmen. Gun barrels appeared from the open windows. He dashed to the passenger seat, grabbed the Remington, and then planted himself in the middle of the oncoming lane. 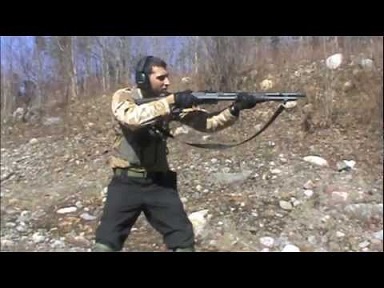 When the SUV was just close enough he blasted three rounds through the windshield. The SUV swerved, rolled over, and stuck in ditch.

The trio behind the van leapt up to see the action. Thorny, resting the shotgun on his shoulder, beheld his handiwork, and then turned to his friends. "Damn Indians call it right every time! How did they know?"

"We better call the Reservation police to come clean that up," suggested Carrie with fatigue.

"My guess is they're right behind," quipped One Flare.

A few seconds later the Rez cops pulled over, lights flashing, and addressed the group. "You folks okay?"

“I just noticed how cold it is,” said Mary.

“Dressed like that, I bet you’re freezing. Lemme turn that heater up to full blast.”

The boys then unfolded some blankets from the back of the van and placed them over the girls’ shoulders.

“We’ll just go get some fry bread here and some coke.”

The girls lay back and felt the rope pieces. “Aaaaarrgh!” They got up and together kicked it all out the back, and then plopped back down in their seats.

The boys came back with fry bread, lamb stew and coke. “How did you know where we were?”

“You know my feet are starting to freeze.”

“Don’t you have any shoes or socks?”

“We left all our shit in Kelly’s car.”

“Yeah, I can’t wait to get home or somewhere and get some warm clothes on.”

“What?” asked Mary, giggling in response.

“I’m so sorry we wailed on you earlier. We were just so frustrated!”

“Don’t worry about it. We kinda got that.”

And they all started to have a good laugh. As the blanket slid off of one of Mary’s shoulders, One Flare looked closely at her arm.

“Gyawd, look at that. You can still see the rope marks.” He traced them with his finger. “You should get a tat of that, to remember the experience by.”

She set down her stew carefully on the bed of the van, grimaced with fierce determination, and slapped him so hard he fell over.