These “coyote-men” had been contacted, indirectly, by Dr. Faro. Another man he knew well had been trained from his youth in the ways of the coyote. He, in turn, trained others, who trained more. The men in question had come from Utah. No, not the infamous Skinwalker Ranch introduced to the popular consciousness in George Knapp and Colm Kelleher’s chillingly compelling book Hunt for the Skinwalker. These men came from an organization so elite, few know of its existence: Point Man. To those familiar with military tactics, the name’s meaning is obvious: the man most important who goes in front of a patrol as a lookout, to be the patrol’s eyes and ears and subsequently bearing the highest pucker factor.

The second most important man is the tail. He brings up the rear and has to look two ways at once. Hence, he has the second highest pucker factor to deal with. In a tracking formation the tail is called the diamond. The other two men in a tracking formation are called wings and fan out to the sides. But company names have to be simple, and “Point Man” was obvious to its clientele which almost exclusively came from America’s elite forces and some of its allies’. The few remaining were not exactly clientele, but hand-picked members selected by the company’s owner Kelvin Greaves. Greaves referred to them jokingly as “Kelly’s Heroes.” 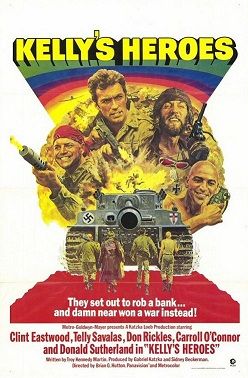 Kelly’s Heroes were recruited from various tracking clubs, primitive survival schools and prepper communities mostly in America, but the people came from all over the world came to the States to participate in such events as the Falling Leaves Rendezvous or MAPS Meet or Tracker School because the US had the most active communities. No one’s really sure if these people were paid or not, there were certainly no records of it, but then they didn’t seem to have any other occupations either.

Greaves and the professor were well-acquainted. When the military showed up and chased the Shorleys off their property with a 2.5 million dollar check in hand, Faro had a hunch the situation needed to be watched closely, and he only knew of one kind of person that could do that in the semi-barren scrubland of Nevada—an Apache scout. He didn’t know any Apache scouts personally, but he knew one guy who’d been trained like them and that he knew others.

Kelvin, or Kelly to his friends, dispatched two guys at a time who worked in 3-month shifts in a kind of on-the-job training. When operating, they went only by their “Indian names,” monikers which were customarily given after ironic or embarrassing circumstances as a kind of homage to the Native lineage of knowledge. The two at the hole today were known as Thorny and One Flare. Thorny got his nickname because he was a total prick, especially to cultural Marxists who he liked to offend or insult at every opportunity. One Flare got his when he failed to light a fire one rainy day despite consuming an entire road flare in an effort to ignite his soggy tinder bundle. They were well-matched. One was a former bike messenger and the other a former pro-skater. We say former only because once a guy joins Kelly’s Heroes, whatever kind of livelihood he may have had, seemingly evaporates. Thorny had a masterful knowledge of plants, while One Flare was a master tracker and hunter. They combined their talents for daily meat and vegetables and stole water from the camp when needed. They’d been on the scene now for two months having relieved the previous team.

Suddenly, the birdlife exploded, then fell suddenly and hauntingly silent. Even snakes and lizards were darting for shelter. They’d never seen anything like it and thought an earthquake was about to hit, since they’d heard stories of animals anticipating natural disasters.

They inched into a clump of sagebrush and lay next to each other to take in the goings on. The sun was just setting. As it dipped below the horizon, a dim white glow began to gather at the top of the hole, which grew gradually brighter as darkness descended on the desert.

Thorny and One Flare looked at each other in wonderment. Thorny began to get up but One Flare stopped him and pointed. A man scribbling on a clip board and another with a handheld video camera approached the hole. Men started shouting as engines roared awake. Eventually, a blazing pillar of white light shot up into the sky as far as they could see.

Thorny whispered over to One Flare, “That’d be pretty cool on a couple o’ tabs, huh?”

One Flare suppressed his laughter. “Why’d’ya always have to say shit like that at times like this?”

“We have to get that clipboard and camera.”

Just then, something solid seemed to rise up out of the hole. A giant, white pyramidal crystal rose peak first until it was fully visible, floating above the chasm it had emerged from.

“Whoa! Dude! That must be what we're looking for.”

Their coyote appearance faded as they talked, which changed the concentric rings, but they still had camo comprised of mud, sand, charcoal and plant debris coating them from head to toe with nothing on but a pair of buckskin shorts and thin moccasins each, that they’d made themselves. Thin-soled mocs leave much less conspicuous tracks than bare feet, and to lessen their impact even more, they never took the same route up to the camp. This avoided any trails from forming other than the ones already utilized by the local wildlife.

The aggressive colonel we met earlier swung open the flap of his tent and came out. He stared momentarily in bovine amazement at the object. “Captain!” he barked. “Get Jorgensen over here! Tell him to bring his radio. We need a secure channel to SCB.”

The giant flood lights came on one by one around the fortified camp. Most of the guards were suddenly ineffectual as their awe for the risen crystal distracted them from the perimeter. Giant equipment whirred to life and moved in on the object as the salvage operation commenced.

Now for anyone who has ever played around a campfire, you know that the blazing light destroys your night vision, and that things just beyond the immediate fire light are completely invisible in the blackness. It is so much more so under the glare of humongous, powerful floodlights, especially when they are all turned inwards. Thorny and One Flare certainly knew this and silently inched up to the edge of light.

The two men with the clipboard and camera had moved out of the glaring spots to the edge of camp so that they might better view the camera footage. They sat on a large rectangular crate just outside the mess tent.

The man with the clipboard set it absently on the crate next to him and leaned in to the other man to watch the video. Slowly, silently, imperceptibly, a dust covered hand briefly penetrated the world of light and ever so slowly and silently receded again into the shadows with a clipboard.

Again absently, the clipboard man reached over for his clipboard with his eyes still on the video, perhaps to compare his notes with what was on the display. His hand danced around on its fingertips feeling for the pad, but couldn’t find it. Puzzled, he turned his head to where he’d laid the clipboard. He leaned over the end of the crate expecting it to have fallen off. Nope. He spread his knees and looked down between his feet. Nothing. Now he began spinning and agitating.

“Hey, what’d you do with my clipboard?”

“Right here. But now it’s not there!”

The cameraman laid down his camera on the crate as the two men stood up. They did the “turn and look shuffle.” You know that dance you do when you drop your keys? Your feet shuffle left and right as your body rotates back and forth with your head down scanning the ground.

While they did this, another dust and charcoal shaded hand slowly and steadily rose to the top of the crate and withdrew the camera into the world of shadows.

“Maybe you left it back at the hole. Let’s go look.”

“How should I know? I haven’t touched your camera.”

“Ya did so!” He shoved clipboard man in the chest. “Ya took it cuz ya thought I took your clipboard!”

Being innocent, clipboard man raised his hands over his head. “See for yourself.”

Camera man patted the outsides of his pockets but came up bupkus.

“Well where the Hell’s our shit, man?”

Just then they heard the Colonel shouting above the din of the salvage equipment. “Bueller! Grossman! Bring me that camera footage!”

They ran over to the colonel and snapped to attention. “Ah, sir?”

“Ahhhh. The camera and the notes are gone, Sir.”

Bueller and Grossman gave a breathless account of what had just happened, being sure to interrupt and blame each other frequently.

“Damn, you two!” the colonel exploded. “Sound the alarm! We’ve been compromised!” 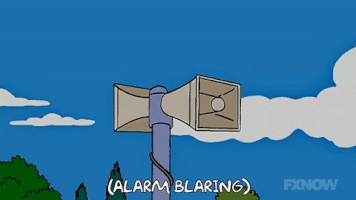 A loud siren broke the desert silence for miles around and spots were spun outward to pan the rocks and scrub for bandits. Using the tumult for cover in a maneuver the two misfits had practiced many times as boys fleeing security guards and police, Thorny and One Flare bolted, the ruckus drowning out any sound their footfalls might have made, as well as their gleefully mischievous laughter.

The powerful lights swept the ridges and ravines casting precisely the kinds of shadows Thorny and One Flare designed their camo to be most effective in. But it didn’t matter. They were neither on the ridges nor in the ravines. They were darting through the dead space, in between.