“A little to the left. Your other left. Little more. Right there!”

Frank hollered instructions to Faro across the scrubby expanse. Faro forced a marker with a green flag into the hard soil, removed his hat and mopped his brow. 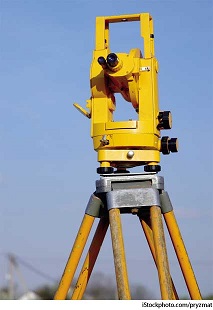 “Well, it’s a heckuva lot warmer than Brookings this time of year.”

Meanwhile, Kelvin, Georgeanne, and Melissa were busy with a tape measure on another patch of ground nearby.

“Are you sure this is all worth the effort?” asked Georgeanne.

“If the money comes through we’ll be ready to go. This is all stuff we can do on our own to save time,” stated Greaves, who always esteemed preparedness and efficiency. “I remember a valuable lesson I learned from Tom: the preparation is the journey.”

“Not sure what that means or who this Tom is, but still, a mockup of the Giza Plateau on our property is bound to raise some eyebrows.”

“Doc never told you about Tom?”

Georgeanne made a dismissive gesture. “Don’t ask. Books could be written. In fact they have been.”

Melissa shook her head. There was always something with Faro, and now was not the time.

“No one’ll see it over here. That’s why we chose this area. It’s not a full mock up anyway. Just the parts we need.”

“Well I’m burning up out here. How about a little shade for a while and some nice cold lemonade?”

Melissa pulled the radio off her belt. “Frank, we’re gonna take a break for some lemonade. Why don’t you guys join us?”

“Roger that. Doc! C’mon! Let’s go get some lemonade with the others.”

The two waved to the trio to acknowledge they were on the way. The group gathered under a tarp set up adjacent to the work site. Melissa opened a cooler and produced a pitcher of lemonade, some watermelon, and banana bread with cream cheese.

“Oh! You made your famous banana bread! And cream cheese! I just may have to hog it all.”

“Well, we’ve almost got site 2 surveyed. Then we can start laying out the construction there as well.”

“Now if only we had 4 million dollars.”

Suddenly, Greaves set his lemonade down. He cocked his head as if he were listening to something.

They all set down their drinks and food and sat expectantly. Faro reached over and snatched Frank’s banana bread to which Frank flashed an angry glare. One of life's great but simple pleasures

"I just got a message from Thorny and One Flare. Trouble in Gallup. Serious trouble.”

“Won’t know till we get there.”

“Don’t worry, we’ve got this covered.”

“Good Lord! What is that?” exclaimed Faro pointing behind Greaves. Greaves turned, and Faro snatched his banana bread as well.

“This is no time to bicker,” indicated the Doc, mouth full of banana bread and cream cheese. “Scramble! Scramble!”

The pair pounced into the Land Rover and raced back to the house. They dashed for their go bags, threw them into Greaves jeep and sped down the long dirt drive onto the road.

“You know we left them stranded out there without a vehicle.”

“They’ll figure it out.” He paused a moment. “They’re very resourceful and ingenious people.”

“You don’t have to be that to walk back to the house a half a mile.” Kelvin looked sideways at Farrell as he tried to watch the road. “You owe me a banana bread.”

Stay tuned my friend, it's coming.