“You wanna take down the Pyramid??” asked Greaves incredulously.

Faro, Greaves and Georgeanne poured over a detailed map of the Giza plateau and the best architectural drawings of the Great Pyramid they could find. Greaves scratched his head. “This thing’s been standing for 5000 years and survived earthquakes and gunpowder.”

“He’s exaggerating,” Georgeanne clarified. “He doesn’t really need to take down the pyramid, just the men who are trying to use it for their own nefarious designs.”

Greaves nodded half acknowledgingly, half dumbfounded. “Nefarious designs, you say…Well, if this is anything like Dulce, you’re gonna need quite a team to get in there. And it ain’t exactly a secret place.”

“Oh dear me,” scoffed Faro. “We thought this was the home of Kelly’s Heroes. Don’t tell me we’ve come to the wrong place.”

Greaves shook his head while staring at the map. “Well, I didn’t say that. But you’re gonna need a team better than Delta Force, which theoretically I can provide. But an operation like that ain’t cheap. And then there’s the time to train.”

“The second problem is easy. We have around 2 years before they’re ready to go, more or less, according to the Shorleys’ report.”

“Well, whoever’s report it is,” began Greaves a bit facetiously, “I take it you trust them?”

“That’s probably enough time to get ready. But there’s still the matter of transportation, weaponry, lodgings, supplies, etc., much of which we’ll have to get to Egypt, er, without, uh, using the ordinary channels.” 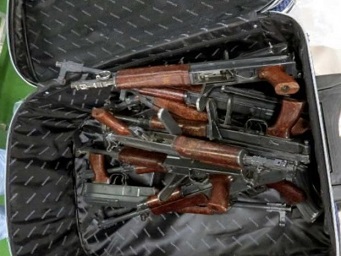 “Operation like this’ll be a few mil, at least. And that’s doing it for cost because I love you so much.”

“Well, we have to raise around 3 or 4 million dollars in less than two years, Giuseppe. Is that possible? It can’t come out of your research grants. People will notice, eventually.”

Faro waved his hand, “We’ll think of something.” He sunk his head thoughtfully. “Why don’t we just get that Navajo girl and her friends? They’re awfully adept at wreaking havoc on bad guys. On the cheap.”

Greaves threw his head back in laughter. “There’s a little more to this op than even she can handle. Anyway, there’s some kind of charity thing going on around there now, a concert. Thorny and One Flare are driving out to see it. So she’s tied up right now. After she gets away from that we’ll see if she wants to help out.”

Great work by Joseph P. Farrell. I am enjoying every part.