Their thought bubbles popped all over themselves in such cacophony, if we can use that word, that nobody knew which ones were whose. Greaves signaled with his hand to return to the surface.

When they got back, they carefully checked the poison ivy to make sure there was no trace of their penetration. This time they ran around the mountain, down the other side and through a canyon to get back to camp. It was a lot longer, but they knew better than to return the same way they came.

The sun was now only three fingers over the horizon. They carefully packed up their camp and removed every trace that they were ever there. They toted their small quantity of gear down the hill towards their vehicle. Daryl was waiting for them buy the car carving a stick.

“About time you got here.”

“What are you doing here?”

“Now that you mention it, we’re starving.”

They heaved their gear into the back and got in the vehicle.

In a short while they arrived at the house which was much nicer than they were expecting based on their stereotypes of the plight of the American Indian.

“She works for ANC.”

They entered the house and were immediately taken by the savory fragrances from the cooking. A man in an A2 flight jacket and Australian drover hat stood up from the sofa and chortled as he greeted them.

“Well if it isn’t my old friend Kelly Greaves and the dynamic dudes.”

Thorny turned to One Flare. “It’s amazing how people just show up around here…”

“Dr. Faro told me about you guys. He always finds the most interesting characters.”

“I thought it expedient to meet you gentlemen here…” he paused for a beat to question if this actually applied to Thorny and One Flare while looking askance at them with his mouth open in mid-sentence. He continued, “since what you have to relate is best done discreetly.”

“Awfully crowded in here,” remarked Thorny as he spied what he took for the Old Shaman’s gorgeous niece and her friends from work. “Then again, maybe that’s not such a bad thing.”

Tapping One Flare on the shoulder, they went and joined the group of young ladies.

After a delicious dinner of wild game, corn, beans and fry bread, they sat around a campfire in the backyard. Alcohol was forbidden but tobacco was OK. They smoked hand-rolled American Spirits and sipped coffee, two of the finest of life’s simple pleasures. The old shaman had the recognizable place of honor around the fire even though it wasn’t formally established. Everyone could just tell. Next to him sat his wife. In fact everyone seemed paired up boy-girl, an arrangement that alternated by sex around the fire, even though the pairings weren’t necessarily romantic, though Thorny and One Flare’s were rapidly progressing in that direction.

On either side of the shaman were Faro and Greaves. The shaman and his apprentice quietly poked at the fire while the folks present chatted in small groups or pairs. Thorny and One Flare, as it turns out, had something in common with the girls they met since they were originally from The Big Rez, the Navajo Nation, where they had played in a “rezzed out” latter day punk band. 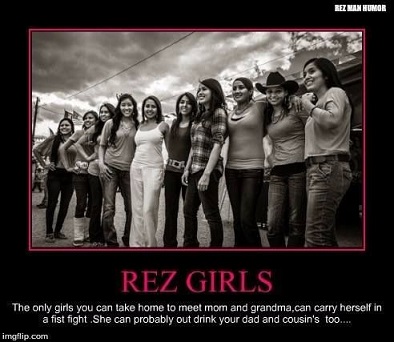 The chatter gradually faded until everyone was staring at the fire in peace and contentment. The shaman, squatting and poking, looked up expectantly at Faro, who picked up on the signal.

“So, you gentlemen had quite an adventure to the supervillain lair.”

“Are we being discreet?” asked Thorny looking around at all the people.

“Hahahaha! Nobody beats our Indian friends when it comes to discretion, for very obvious reasons I might add. Certainly Hillbillies are a close rival. Yessir, if there’re any people in this world you can trust to be discreet, it’s Indians and Hillbillies. When you’ve been as unjustly maligned and persecuted as they have, you learn to keep your business your business and only your business.”

Those present nodded in agreement.

“It was like out of a frikkin’ James Bond movie or something.”

“Yeah, I didn’t think it was possible to blow my mind anymore with all the shit I’ve been through, but that sure did.”

“OK, I believe you, but you haven’t given me any useful information yet.”

“Tell ‘em what we saw guys,” added Greaves by way of encouragement.

One Flare related what had happened at the “lair,” particularly the crystal rising into the disc-shaped craft and then disappearing.

“I’m surprised they didn’t have a grate with sensors over that entrance,” Faro commented. “But I guess anyone can get lazy or complacent.”

“It’s pretty hard to get to, if you even know it’s there. And even then it’s not easy to find.”

“Well, the origin of the craft you describe is San Carlos de Bariloche in Argentina. That’s where the Nazis continued their wunderwaffe development in secret and under the protection of the Peron regime after the war.”

“How do you even know that?”

“The way you men research the natural world and spend time in nature, I spend in the world of technology, black ops, and hidden history.”

Greaves spoke up, “My team reports that the thugs that were at the Shorleys’ abandoned the place. What are you going to do about that?”

Georgeann answered, “I’m going to the courthouse to see if that property ever switched hands. I suspect it didn’t, but it’s best to make sure. If so, the Shorleys may be able to go home, two million dollars richer.”

“Hardly worth the trouble and fright they’ve been through,” added Faro.

“Good question. It’s now an absolute certainty that the Nazi International is trying to restart the Giza Death Star. They have got to be stopped. The question is: how?”

One of the rezzed out girls spoke up, “I’ve got an idea how to shut down that facility under the mesa.”

Daryl began snickering delightfully. Then the niece and her other friend joined in. The newcomers cast puzzled glances between them.

“Oh when she gets an idea, watch out!”