Jay and Chloe Seeling had a nice place in Fallon. It was a homey little ranch house with a big yard. Jay built a kind of pole barn blacksmith’s forge in the backyard where he practiced his hobby of, you guessed it, blacksmithing, with scrap metal he found around old wrecks in the desert. His favorite pastime was turning leaf springs into knife blades that he mounted in handles of horn, bone, or wood. He made an informal business of it selling them off to friends and family or doing occasional commissions for them. 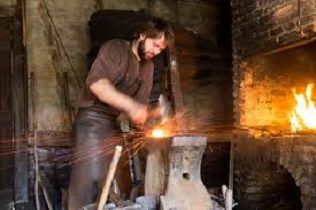 He was thus engaged when two visitors appeared under the roof of his forge. They said nothing but stood there quietly watching him work. The noise of the bellows, the roar of the forge, and his ardent absorption in the iron prevented him from noticing their arrival. Thorny and One Flare stood there “acting naturally.”

Jay then turned from the forge with the red hot iron gripped firmly in his tongs towards the anvil when he spotted the two intruders. He was so badly startled he dropped the iron and danced a jig to avoid the burning hazard. His fright immediately turned to joy when he saw who they were.

“Hahahaha! You know I have to get you back for that.”

The trio embraced like the old friends they were.

Jay picked the iron with his tongs and placed it on the anvil. “How are you guys and what the Hell are you doing here?”

They entered through the back door.

“It’s a good thing we have a mud room,” quipped Jay, “because you guys are covered with it.”

“A yeah. Maybe we should shower.”

“Now that you mention it, there’s a garden house next to the door. Use it. You got clothes?”

Thorny and One Flare each held up a handmade deerskin musette bag they’d retrieved from a cache along the way.

“I should have known,” Jay chuckled. “I’ll get some towels.”

Thorny went first gently spaying himself with the ice cold water. Then adjusting the nozzle, he set it for full blast and sprayed One Flare.

A good-natured wrestling match ensued over the nozzle as the two boys got wetter and wetter and their camo ran down into their shorts and soaked their moccasins.

Jay appeared with the towels. “I’m not giving you Chloe’s nice clean towels until that’s all off.”

One Flare finished rinsing himself thoroughly scrubbing parts of himself occasionally with his hands.

Thorny finished up. They dried themselves and put on their street clothes. Thorny had a Sex Pistols T-shirt depicting the Never Mind the Bollocks album cover with the sleeves torn off, cargo shorts and chucks topped off with a dew rag. One Flare somehow managed to conjure up a Bad Brains T to wear with his cut off somethings and Adidas skate shoes. Just to round out the picture, Jay was a Carhartt man. Thorny looked at One Flare’s feet in bewilderment. “Adidas makes skate shoes?” There was a slight tone of indictment for wearing a brand that belonged to “The Man.”

One Flare emphasized the reason he wore them, “They were free. Aren’t the Sex Pistols a bit, uh, passé?”

“They’re not as passé,” joked One Flare with mock superiority.

“Change of topic. Do I wanna know what all this is about?” Jay asked circling his finger.

“Where are we going?”

“I’ll have to call Chloe first.”

“You see that? That right there. That’s why I’m not married. Can you imagine doing this with a wife?”

“Oh yeah? I can think of a LOT of reasons why you’re not married.”

“You know, maybe we should call Kel and tell him we’re on the way.”

One Flare referred to a technique they’d learned to form a “bubble of intent.” You create, in your mind with all your passion, thoughts and feelings, then put them in a bubble and send them to the person you want to effect, or leave it somewhere where you want it to be found. The bubble then has the desired effect on the individual or individuals. It was great fun to practice this in airports and shopping malls and see if you could make someone scratch their nose or change direction.

“Oh, good thinking. But why a gazillion?”

“I’m never sure if they work.”

“Then he didn’t know they came from you, cuz I keep getting bubbles that say ‘take it easy’ and ‘enough with the bubbles already!' Couldn’t figure out why.”

One Flare tilted his head back and looked curiously along his nose at Thorny. “Ahhh, so they did work.”

“Or you set me up with yer frikkin bubbles.”

Just then Jay came back. “Aight, let’s roll. Chloe sends her love and wishes you could stay for chili.”

“If she’s making her famous chili, we wish we could too.” 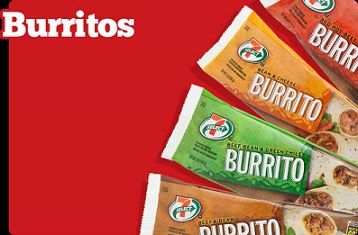 “Not as nasty as what comes after.”

Jay threw his head back and laughed heartily. “I can’t believe I’m gonna spend 10 hours in a car with you guys, especially after burritos.”

“You just offered us chili.”

Jay pulled out of the driveway and entered the highway. “Should’ve brought our boards,” added One Flare shaking his head. “Did I ever tell you guys about the time we stole the giraffe from an OC miniature golf?”