“Ah, Mr. Silva! You’ve made me a piñata and it’s not even my birthday!”

Müller was just entering the facility where Silva and his assistant henchmen had absconded with their victims. Carrie, still hogtied like she was back at the hotel now hung suspended from steel rafters. Müller approached and spun the piñata slowly.
Silva frowned disapprovingly and gestured to a table.

“Always a man of few words, eh, Mr. Silva?” Müller walked over to the table and ran his hand along the edge as he examined the contents on top. At one end were a couple of compressed air tanks with a respirator mask attached to one.

“Quite some goodies you’ve arranged for our guests, all perfectly designed to be completely harmless while inducing unspeakable suffering and psychological terror. I knew you could do it.”

Müller now approached Carrie. As she spun lazily around, he gently stopped her so they were facing each other. Her face was held up by a rope tied to her hair, pulling it back. Her body was exhausted but her eyes revealed an unbroken fury.

“I see what you mean,” observed Müller turning to Mr. Silva.

He fidgeted around her head looking for the end of the duct tape. When he found it, he began to unwrap it. She winced as it pulled her hair. He slowly and gradually tugged the last layer so she could feel every molecule of adhesive pull at her skin. It was as if he enjoyed every second of it. Finally, as it cleared her lips, she spat the spit-soaked rag in his face such that it stuck to his nose and hung there.

He pulled it off with his thumb and forefinger and dropped it on the floor.

“Do you have any idea why you’re here?”

A slew of oaths and obscenities in Navajo erupted from her that are too ugly to translate here. She shook her whole body as mightily as she could, shrieking at the end of her tirade, but her effort to free herself was fruitless.

“Is that what you do? Travel the world producing concerts so you can kidnap the girls you like best like some kind of stinking pervert?”

Müller bellowed with laughter, then abruptly turned serious. “Do you know where you are?”

“Never seen this place? And yet my men tell me they witnessed you here. You and your friends. The only problem is, we don’t know who your friends are. We need you to tell us. Then you can get down, stretch, have a nice cold drink of water, and be on your way.”

“Even if I knew what you were talking about I’d never tell you anything.”

“Mr. Silva here is very good at making people talk. In fact, he’s the best. That’s why we pay him so handsomely. Isn’t that right, Mr. Silva.”

He nodded in agreement.

Müller chuckled. “Ironic isn’t it,” he gave Carrie another turn. “that Mr. Silva, who is so good at making other people talk, is a man of so few words himself?”

Carrie shook violently again. As she came around to face Müller again, he stopped her.

“Perhaps I have been presumptuous with you. I didn’t mean you had been inside here, only that you had been…here.” He raised his hands indicatively and rotated his body back and forth.

A glint of understanding appeared in her eyes, but she quickly suppressed it.

“Hahahaha! It seems like we’re getting somewhere at last.”

“No matter what you do to me, I’d never tell you anything. I’d die first.” She spat the last three words with rage and conviction.

“Yes, you’re far too caring a person….” He stopped and thought for a second. “Caring. Carrie. Hahaha! They sound almost the same. Caring Carrie. Hahahahaha! Do you like my little pun Mr. Silva?”

“Yes you’re far too caring to put your own welfare above your friends, and frankly I can’t have you dying, or even seriously harmed.”

Carrie’s eyes bulged with comprehension. “Where’s Mary? What did you do with her?” Carried writhed furiously, but it was all for not.

“Ah, so her name is Mary! We’re making progress already. But to be sure, you mean her, don’t you?”

Müller dropped a curtain and revealed Mary, secured to a steel pillar as if she’d been stood up and lashed in place. Her head had been stabilized with more duct tape over her forehead and mouth and wrapped around the pole. Carrie stared in some mix of horror and sympathy and tried more violently than ever to free herself.

“Let her go! You let her go!” Mary glared imploringly out the corner of her eyes at Carrie in turn.

“Mr. Silva, how about a demonstration?"

Silva affixed the respirator mask to Mary’s face and opened the tank. It hissed ominously at first, and then like the hushed taunt of a demon as she convulsed and screamed through the gag. Silva shut the tank and removed the mask. Mary’s chest heaved as she hyperventilated through her nose to refresh the air in her lungs as fast as she could. It was a haunting sound.
Carrie shrieked in anguish and helplessness, fully understanding the implications to her friend, and her friends, if she said anything. She shook so ferociously, the steel rafters could be heard clattering above. Something loosened, and she dropped a few inches and grunted in pain. It was not looking good for the good guys.

Interesting! I feel sorry for the victims. 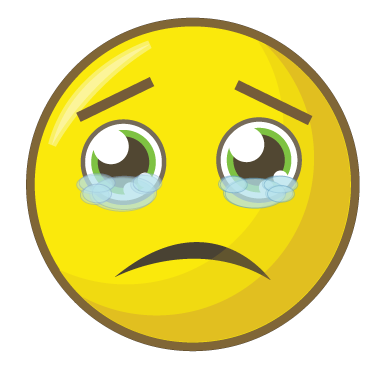