In 2005 a book came out called Thieves of Baghdad by Matthew Bogdanos chronicling the investigation into the Baghdad Museum looting and subsequent recovery of thousands of artifacts. No one was more qualified to write the book since Bogdanos led the investigation. Since he was a Marine Corps Colonel, some say that, despite the books truthful account and insights, it was released, at least in part, as a distraction from the real issue: the disappearance of thousands of uncatalogued items and why they were left uncatalogued in the first place. And what were French-German archaeological teams doing digging up Iraq mostly in secret in the first place?

About the same time, tales of an Iraqi stargate began to emerge. The story goes that an ancient stargate used by the Sumerians was discovered in the 1920s at Ur. In the 1980s, Saddam Hussein began restorations of the Great Ziggurat at Ur, not only to preserve the Ziggurat and develop the tourism, but to protect and study the stargate within. Apparently he got it working at some point, and that became the point of contention that led to the 2003 Iraq War. The US wanted to prevent him from revealing whatever he found by using it, and take control of the stargate for itself, hence the Imam Ali Airbase only a few miles away in Nasiriyah and constant military presence. The Powers That Be knew that no professional journalists would investigate the museum theft on their own, or even the causes for the war for that matter. The mainstream media had been sold, bought, and packaged years before. But independent researchers are a tireless and dogged lot who would never give up the search for the real motivations behind world events. So, the story of the Iraqi stargate was planted in conspiracy theory circles as another distraction for them.

Unfortunately for the elites who try to manage world events, ludicrous stories like Iraqi stargates only fool the idiot fringe. One of their more recent efforts to discredit independent researchers is their “flat earth” ploy. This was intended to be picked up and promoted by prominent so-called conspiracy theorists and the alt-media, but everybody immediately spotted the scam. The only ones who did pick up were the worst sort of clickbait junkies.

The hardened, serious researchers, of which there are enough to get the truth out, stuck to serious research and didn’t fall for the Iraqi stargate con or the flat earth ploy. Thus, we know about the cargo of goods that flew to Argentina on a Ju-390, ostensibly to attend an air show in Buenos Aires. It’s little tidbits like that that show up in the mainstream press, innocently enough, that lead to the high octane speculations, that eventually lead to complete pictures of connected dots.

Also in 2005, at a secret laboratory high in the Andes, but within easy reach of San Carlos de Bariloche, the Ju-390 cargo had been unpacked and catalogued, and analysis had just gotten underway, all under the supervision of Dr. Hans Richter, grandson of Nazi physicist Ronald Richter. 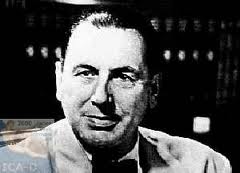 The elder Richter is largely dismissed as a quack by today’s mainstream scientific community, but if he was a quack, he had some awfully illustrious supporters. To begin with, aeronautical genius Kurt Tank recommended him to Juan Peron himself after the war. Tank designed highly successful and state-of-the-art aircraft for Nazi Germany including the Fw-190, the Ta-152, and Fw-200. Tank went on to design aircraft for Argentina and India in the post-war years and finished his career as a consultant for Messerschmitt.

Nazi spy August Siebrecht, who ran the macabre, filthy and chillingly efficient Chilean operation for the Nazi International at Colonia Dignidad, greeted Richter personally at the airport in Buenos Aires. Little is known about Siebrecht, which probably means he was very good at what he did, but his excellent work for Rudel’s "Kameradenwerk” in assisting Nazis to escape justice after the war is well-documented.

Furthermore, in the 1950s, the US Air Force and Intelligence communities took a very keen interest in this “quack” and secretly funded his work, even referring to him as a “mad genius.” We may never know what came of it. Perhaps President Dwight D. Eisenhower’s visit to San Carlos de Bariloche in 1960 had something to do with this.

Thinking beyond the vicissitudes of politics and election cycles, the Nazi International set up for the long haul. Children and grandchildren were carefully groomed to replace their predecessors. They were raised with certain ideals and attended special schools. Marriages, while not arranged, were always encouraged within certain circles. Business and financial empires were forged and fortified to survive political change and economic crises. And, most importantly, one’s Nazism was never displayed publicly.

A group of Nazi scientists in 1959. Not one swastika among them.

So, building on his grandfather’s and father’s work, Hans Richter was well-prepared for the current work, work which his people believed would actually enable the Fourth Reich to take hold of the world and have its coming out party. Some will say it already had its coming out party on September 11, 2001, but that is for another discussion.