Crax shook their hands just outside his office. “Feels good being free, that right? Remember, you’re one of us now, boys, so let’s hope we don’t see each other no more. Now come on, off you go. Join the others.” He raised his hand and told them to leave, then went back inside.

Unlike before, this time they weren’t prisoners. They were free men. Workers. No different than the rest of them, so they decided to have a look around. But the moment they turned the corner, they noticed the town was now crowded with people. There were no women, only men – all with their beards freshly shaved, shoes newly polished, and their just ironed shirts articulately tucked behind their belts, although still showing distinct signs of wear and tear – walking synchronously as if dictated by an army general.

One of the police officers quickly approached them and asked about their appearance and intentions. They explained the situation and asked for directions, and he was kind enough to tell them to follow the men walking south.

They joined the horde of the walking workers and noticed the sunlight revealed other anomalies as well. The streets showed absolutely no signs of vandalism. No carvings in wood, no torn down posters, no litter on the ground, … Not even a single cigarette butt. The street was as clean as a laboratory, and everything was in perfect order.

Link to part 2
The prompt was:

Well, I don't quite know what to say to this one. I was really expecting some sort of bad vibe or destructive result by the end. You've got quite the novel going here!

In case you haven't seen it yet, here is Today’s Daily Prompt for the freewrite. Feel free to join us if you have the time and thank you for joining us today! It is such an awesome community to be a part of and now we have a new page with contests, new challenges and even more community: 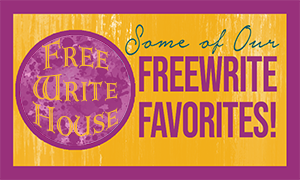 Hmmm. Maybe you're right and I should've made it more chaotic... But I'm trying to emphasize the control and hierarchy they've got goin' under the dome. Know your place, obey orders and don't do anything stupid. That's kind of the message I wish to convey here... Oh well, We'll see what today's freewrite brings! :D

Thanks for the prompt! :D