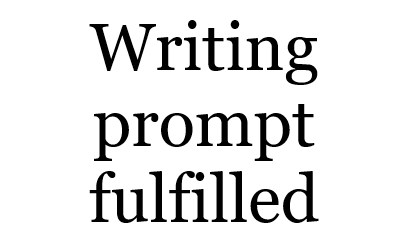 He stood at the topmost roof of Rënok and lit himself a cigarette. With the view from up there he couldn't help but be bedazzled by Rënok's beauty.

From the terraced houses and gothic cathedrals, all the way to the communist parliament and the mainstreet icecream vendor nothing was short of pure pleasure to the eye. Rënok was a true melting pot. And a grand tourist attraction as well.

But in the mind of Amedeo the city lacked crime. Apart from occasional pickpocketers and receipt scams there wasn't much else. There was no organised crime. There was no true crime.

Amedeo's face turned into a frown as he watched the people on the streets enjoying cotton candy and joyfully taking pictures.

He filled his lungs with cigarette smoke one last time.

This was it. His time to strike fear into the hearts of men. He was done mugging tourists.

He checked his watch, 7:52 p.m., then reached into his pocket for his cellphone and called a number.

"Six minutes," is all he said before hanging up.

He grabbed his bag and left for the elevator. There was a black truck waiting for him in front of Rënok's only skyscraper. With no words spoken, they drove off toward the national bank.

At mere 21 years of age he was the brains behind this master scheme.

Hit the front door at 7:58 p.m. with the armed truck, shoot the guards, shoot the cameras, collect the money, force the manager to open the safe, collect more money, get out of there and become millionaires. All in under two minutes.
They put their masks on before hitting the bank head-on. Before the two guards had the time to realise what happened, they were already loaded with lead. 8 riflemen ran each to their counter and forced the cashiers to hand over the money while Amedeo climbed to the top of the truck and soon shouted: "90 seconds!"

The ninth rifleman grabbed ahold of the manager and had him open the safe. Within seconds the rest of the crew was there to help load the bags in time.

The crewmembers came pouring from the safe-room and into the two vehicles.

They drove off at 8 o'clock sharp.

They had done it.

But greed runs deep in the veins of the criminals.

Before the mission he ordered Gonzo in the other truck to kill everyone but the driver before reaching the safehouse. Amedeo did the same. By the time they got to the old factory they were down to 4 men. Amedeo popped the driver the moment the vehicle stopped. So did Gonzo.

The two men now faced each other, both with guns in their hands.

They talked for a while and at last came to an agreement to split the bounty.

Greed got the best of them as they both fired the moment they were to drop their guns. This story is based off a writing prompt:
"Can you do a story about a young thief in a city mixed between Venice and Warsaw?"
provided by: @hrovat66

If you have an idea I can turn into a story, please leave it in the comments below!

Thank you for reading my story. If you enjoyed it; upvote, follow and resteem.

This was great! Thank you man :) really enjoyed it