svashta (60)in #marveloustales • 3 years ago
The following story is an entry to a contest found here.

The writing prompt was:

A story revolved around the following two words: "star" and "red".
Provided by: @playfulfoodie I had been postponing cleaning the attic for as long as I could, but eventually it had to be done. It was still loaded with my father's belongings who just recently passed away and I wasn't quite ready to go down the memory highway yet. But then again, I don't believe I would ever be more ready.

I went upstairs on Friday straight after work and immediately started coughing like crazy. The amount of dust in the air and on top of all exposed surfaces was way beyond what I've ever seen before.

I wrapped a kitchen cloth around my face, improvising some sort of a dust mask just to be able to breathe.

Old toys, old shoes and clothing, old notes and books from college, figurines I used to carve from wood, ... All types of old junk me and my family hoarded over the years and refused to throw away. But if I wanted to convert the attic into a home gym, these things had to go.

As I was moving some boxes I stumbled upon my father's old wooden chest and the memory of him hit me hard.

He never allowed anyone to open that chest.

I always thought he would've at least told me what was inside it when I hit 21, but he never did.

I gazed at the chest as if under a spell and couldn't decide whether to open it or not.

After all these years I was dying to know what was inside, but I couldn't shake away the feeling it was not what my father would have wanted.

I decided to leave it for now and look through everything else first.

I cleaned about a half of the attic and called it a day.

My wife was already fast asleep by the time I got to the bedroom and I just crashed right next to her.

But I couldn't fall asleep. As tired as I was, the thought of my father's chest kept me wide awake.

I was turning around in bed for around an hour before I finally gave in to the curiosity.

I wandered back upstairs and sat down in front of the chest.

Droplets of sweat started forming on my forehead and my heart began to race when I finally decided to open it.

I lifted the lid and there were endless amounts of documents inside, all written and drawn by hand, along with a shiny golden box in the very middle of the chest.

Next to the box was an envelope with my father's handwriting.

To my son,
Edward.

In a way I felt relieved to know he wanted me to open the chest, but why keep it a secret for this long? Why did he not tell me sooner? Why did he want me to open it after his death? My mind was flooded with questions.

I know I wasn't there for you when you needed me.
I know I have kept far too many secrets.
Hopefully the contents of this chest will help tell the story of my life I could never have told you myself.
I will forever love you.

I shook my head and reread the signature to make sure I wasn't hallucinating.

It didn't make any sense.

My father's name was Ben.

I reread the letter another time and the handwriting was most definitely his.

Baffled by what I had read I took out a handful of the documents and listed through them.

I put the documents down for a second and reached for the golden box in the middle of the chest.

It opened by itself the moment I touched it and emitted a powerful white light.

Inside was the light's source.

Below it, in golden letters:

The star of valor.

To Jor-el,
for his heroic endeavors and unselfish acts.
The military of Heaven

I closed the box in shock.

I sat in front of the chest just staring into the distance for about a minute before deciding to head downstairs to clear my head and make some coffee before I dig into this mystery any further.

While waiting for coffee memories of my father came flashing before my eyes and I slowly started connecting all the pieces of the puzzle.

His mysteriousness, his scars and bruises, his overly good character, his unusual death, overall abscence and the drawings and the war medal in the chest.

My father was an angel who had fallen in battle.

With that in mind I ran upstairs to confirm my theory.

I began reading the documents one by one and my hypothesis was indeed correct.

He was a war general and had fallen in battle against the beasts of Hell.

The documents were mostly battle tactics, Heaven and Hell trivia and drawings he most likely drew to help pass the time in the battlefield.

But there was one document that stood out. A document written in someone else's handwriting.

The reason Jor-el never told you the truth was to keep you and your mother safe, Jor-an.
He wanted a different life for his son than that of a soldier.
We will respect his wish, but if you ever decide to join us, you are forever welcome.

The Great war has been won thanks to your father.
Our deepest condolences.

The document lit up with white light and vanished into thin air as soon as I had finished reading it.

I stood up and crammed everything back into the chest when suddenly the doors opened. It was my wife Gina.

"Have you been up all night?"

"Come, let's go downstairs and grab a cup of coffee."

I never told Gina the truth about my father or his chest and I never got rid of it.

I never told her who I really am or what my true name is.

I never told her I had decided to follow in my father's footsteps. 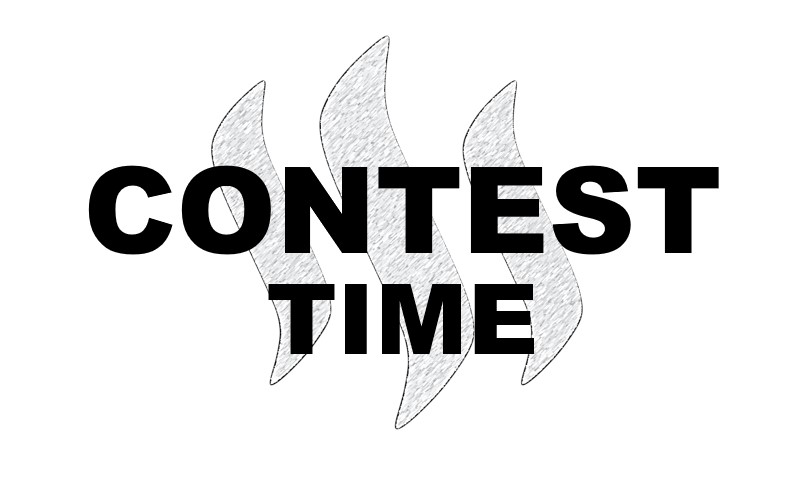 Thank you! I'm glad you enjoy them! :D img credz: pixabay.com
Nice, you got a 12.0% @trafalgar upgoat, thanks to @svashta
Want a boost? Minnowbooster's got your back! This wonderful post has received a bellyrub 1.54 % upvote from @bellyrub thanks to this cool cat: @svashta. My pops @zeartul is one of your top steemit witness, if you like my bellyrubs please go vote for him, if you love what he is doing vote for this comment as well. This post has received a 1.69 % upvote from @buildawhale thanks to: @svashta. Send at least 0.50 SBD to @buildawhale with a post link in the memo field for a portion of the next vote.

I have upvote u ....please upvote me

This post has received a 16.67 % upvote from @nettybot thanks to: @svashta.