svashta (60)in #writing • 3 years ago
The writing prompt was:
"Rebellious talking food"
Provided by @petermarie It was a Saturday morning just like any other, with Daniel amid the market place, picking out the various fruits and vegetables for the upcoming week.

But for some reason, this morning seemed different than the rest of them. Something felt off, but he just couldn't put a finger on it.

When he approached one of the stands, he could've sworn he heard an eggplant speak. He flickered with fright but somehow managed to downplay his emotions. He couldn't have explained why he was afraid of the eggplant, so he made sure nobody saw him twitch.

The market place was nevertheless very loud. People chatting about work, their weekend plans and the everyday whining of elder and younger generations alike. Daniel just wrote the situation off as overhearing a conversation and went on with his usual routine. He always bought fruit from one specific vendor and the vegetables from another.

"May I interest you in some cabbage, young man?" Said a pleasant female voice.

"Thank you, but no," Daniel looked at the lady behind the stand, smiled, and declined the kind offer.

The lady behind the stand, however, looked at him completely puzzled.

It was as if he she didn't know why he spoke to her. As if she never said a single word to him.

Daniel couldn't understand what was going on either and quickly escaped the unpleasant situation before it got any weirder.

When Daniel finally arrived to Albert's stand, he managed to somehow calm down and forget the events just moments ago.

"The usual, Daniel?" Albert asked him. Daniel was a regular customer who bought the same vegetables every week. A head of cabbage, 2 red peppers, onions and some potatoes.

"Yes, please, but double the amount. I have my son coming over this week."

"Sure thing, Daniel. I'll give you an extra pound of carrots, how does that sound? I remember you told me your son likes them."

"You remembered and I forgot! Thank you!"

"What?" Albert raised his head and looked at Daniel.

"The carrots. I forgot about the carrots and you reminded me of them."

"What are you talking about, Daniel?"

Daniel couldn't tell what was going on. Nothing made sense. He was certain Albert had mentioned carrots.

"Oh, it's nothing. I'm sorry, I must've woken up on the wrong foot today. Can you give me a pound of carrots along with everything else?"

"Are you sure about that?" The voice sounded exactly like Alberts, but it seemed as if though it didn't originate from Albert's mouth.

"Of course I'm sure. Why else would I say it?" Daniel got visibly irritated.

"Beats me, mate. Perhaps you're a little sissy girl, who knows?" Again, a voice identical to Albert's originated from the stand rather than from Albert himself.

"What did you call me!?! Are you out of your mind!?" Daniel yelled at Albert, who was casually picking out the finer vegetables, the way he always did for returning customers.

"Daniel, listen. I know you're having a bad day, but don't take it out on me. I'm here to sell you the vegetables, not to serve as your psychotherapist. So do you want the carrots or not?"

"For the third time, Albert, yes! Are you deaf or something?"

"Alright, that's enough. I want you to leave. Find someone else to abuse," said Albert and started taking the vegetables back out from the paper bags and placing them back on their designated spots on the stand.

"Are you #[email protected]&! kidding me!? A man can't even buy veggies in peace anymore or what? #$&@!!" Daniel cursed and stormed off toward his car.

He threw the bag of fruit on the back seats and drove to pick up his son from school. Singing along the radio calmed him down and when he arrived at the parking lot, he was back to his normal self.

He hugged his son Timmy, asked him of his day and they talked about the math homework the teacher had given him.

"Did you get the carrots I asked you for?"

Daniel could feel his blood begin to boil again as he remembered the incident back at the market place but managed to keep his cool for the sake of his son and faked having forgotten about it.

"Shoot! I completely forgot about it! I'm so so sorry. I'll get them later, okay?"

"Dad, what are you talking about?" Said Timmy, worried about his father who was apparently talking to himself.

Timmy had never seen his father act this way before. He was afraid and he squeezed himself toward the car door as much as he could.

"But you did forget the carrots, dad. Is that how you treat your son?" Said Timmy's voice, but from the backseat.

"Oh no you didn't! You did not just say that!" Daniel kept yelling at his son. Timmy didn’t say a word and just squeezed himself tighter into the corner of the seat.

Daniel stopped the car at the nearest bus station and pointed out the door.

"Get out. Go to your mother’s or something. How dare you speak to me like that?" Daniel's eyes turned red with anger and he would certainly have hit Timmy if he wasn't out the door already before he finished the last sentence.

Daniel hit the gas and hardly even allowed enough time for Timmy to properly close the door.

"I hope you're happy with yourself now, Daniel."

Appaled, Daniel lost focus and consequentially the control of his car.

Just before he hit the upcoming truck, when seconds turned to minutes and his life came flashing before his eyes, the voice spoke again and laughed.

"You shouldn't have forgotten to take your schizophrenia pills, Daniel."

It was the voice of his ex-wife, coming from the apple in the backseat.

The end
While you are waiting for content new,
in the comments below leave me a clue,
an idea for a story you'd love to read,
a journey to the unknown my keyboard will lead.

Nice one, Svashta! The story was hilarious! I was bursting with laughter from the beginning to the end! Poor chap though... but I should've known you'd find a way to put some tragedy into it. 😆😆 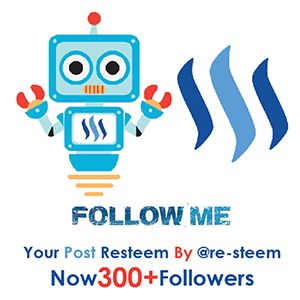 Resteemed to over 5900 followers and 100% upvoted. Thank you for using my service! The @OriginalWorks bot has determined this post by @svashta to be original material and upvoted(1.5%) it! This Kickass post has received a bellyrub 2.81 % upvote from @bellyrub. Please make sure to vote for my pops as a witness @zeartul,Here, So he can continue to operate @bellyrub! Also Want to earn 45% APR on your SBD or steem, Deposit 20 or more into the @bellyrubbank and be placed on @bellyrubbank's steemvoter rather than it collecting dust.

This post has received a 11.11 % upvote from @upmyvote thanks to: @svashta. Send at least 1 SBD to @upmyvote with a post link in the memo field to promote a post! Sorry, we can't upvote comments.

This post has received a 2.11 % upvote from @buildawhale thanks to: @svashta. Send at least 1 SBD to @buildawhale with a post link in the memo field for a portion of the next vote.