joeyarnoldvn (59)in #informationwar • 11 months ago

You wake up to turn on the coffee maker. It doesn't turn on. What would you do? Imagine having no electricity, no power. Imagine that the power stations break. Can you find some batteries that can give some of your devices some power? Can you buy solar power? Are there other alternatives to our dependency, our slavery, to the power grid, the power plants, the monopolies in place? If they fail, if they stop, if they offline, then what? If there are nuclear meltdowns, EMP Attacks, or other disasters, then what? That's what I want to talk about in this article.

@woleybabz - Ways of tapping energy from the Sun

Should we get our power from space, from a space station, a satellite, an artificial sun or moon spaceship craft? Did you know that China is working on that? Click here to read about that, for more information. You can skip this paragraph. Skip ahead to the next paragraph. I'm going to ask some random questions in this paragraph. These questions may be loosely related. Can some of that wireless Chinese space electricity power radiate our brains like a microwave would? Might as well just toast your head in the microwave, right? Isn't that what 5G is all about? Click here to read about that. Should we have Brain TiVo as well? What are the side effects? Great questions. I'm against 5G, the Brain TiVo, transhumanism, radiation, for a bunch of reasons. What kind of future do we want to have? Whatever it is starts now. Should we try to force our vision of the future on others? Should we promote the freedom of making our own choices or should we try to require everybody to make the same choices, the same exact decisions, that we make? If we were to believe that the world is going to end in twelve years, then should we not let people enjoy those last twelve years of their lives? Isn't that like being terminally ill with cancer, a tumor, or some kind of irreversible disease? Did you see what Walter White did in Breaking Bad as he was facing cancer? What did he do in order to take care of his family as he was facing death? I believe in promoting choices, freedoms, liberties, for individuals, as much as possible. I believe in free market competition, Non-Crony Capitalism, country first and family first priorities. I believe in making government smaller. That is what this article is all about. It is about finding alternatives to power, electricity, etc.

Do we owe it to our children?

Good question. But whether we do or don't, the better question might be, "Do we want help them as much as we can?" In other words, regardless of whether we should be required to help out of obligation, we should be interested out of our own freewill. But ultimately, we should educate them as much as we can in order to encourage them to make their own decisions independently in that regard. You can read what @vm2904 wrote in this article - Use sustainable solar energy - we owe it to our children... (Original nature photographs and thoughts) - This article talks about how there is a lot of sunlight that can turn us on, figuratively, literally, organically. The article talks about how fossil fuels will be gone in like a century, like a few decades. However, that may not be true as there is still so much left in the earth and we can make more of it. Should we talk about that? This is a rough draft article that I'm writing here. Did I tell you that already? I wanted to introduce some ideas, topics, and debates, into this article thread that I'm writing. This is more like an introduction. Please tell me what you think in the comments below. There is so much that can be said in regards to alternative energy and choices. I believe in having as many different sources of income and energy and everything as possible. That is what this article is all about. I'm against forcing people to make certain decisions that I think are better. I would rather people be free to make the choices they want to make on individual levels. I would rather that people have opportunities at being independent if they want. So, do you know how to buy a solar panel? Are there other ways you can collect power? Are there ways for you to collect rain water, river water, etc? These little decisions changes the world.

@roused - Solar Energy – Red Pill vs Blue Pill - This article tackles that question and references how there was a Fox News segment that mocked people: "Recently I watched a Fox News segment that ridiculed citizens of a Californian community as being hypocritical for rejecting a solar farm because they felt it would destroy the character of the local landscape. I completely understand these people and agree with them -- these big solar farms are a waste of land and an eyesore." The problem could be in bigger federal government, assuming they're the ones behind solar farms. That can be a problem if it turns into monopolism. Same thing with tyranny, corporatism, technocracy, etc. I'm in favor of free markets and especially in private ownership rights of the land owners. So, If I own my land, then I should be allowed to have solar panels on it if I want. but I shouldn't steal your tax dollars to help pay for it. I shouldn't be required to share my solar power with the city, with other people, with the government, at all. The article talks about how solar power may not be able to give some people enough power all of the time. Well, that may or may not be true. It depends on a few factors. But beyond that, why not have solar power and other sources of power as a backup? That's my point behind this article. I've heard people say they can survive off solar power. You can save up the power and keep them inside batteries. You can buy many many batteries and store the batteries in big shed, big garages. You could have other sources of power just in case. You could remain plugged into a city power plant if you want. But every once in a while, there may be a blackout, a brownout. You may lose your power when the power-lines are cut, disconnected, or if something ever happens to the power-plants. It's better to have options. We should talk about going after those options, those backups, step by step? Do you want me to continue to write articles like this?

@maki - Cryptosolartech - Blockchain with Solar Energy - This article talked about combining the two, the blockchain world with the solar power world. They talk about an exchange. You give them your solar power and they give you tokens. In other words, you get cryptocurrencies for the power you produce via the solar panels. In other words you get paid. By the way, for people who don't know, cryptocurrencies are like the tickets you get at arcades. The tickets or tokens at arcades are won when you beat the videos games or the other games. You use the tickets for buying stuff animals, toys, prizes, snacks, or whatever that they are selling at the store. Cryptocurrencies are like that as well, except that we are all the video games and the stores as we buy and sell with each other and the value of those crypto tickets are volatile and everything. There is a lot of risk and a lot of variables with alt coins. But they aren't Rothschild money. Think of it like long-term investment like twenty years or more into the future. Be patient. Think of as backup money just like solar can be backup energy, power. @vm2904 - Use sustainable solar energy - we owe it to our children... (Original nature photographs and thoughts) 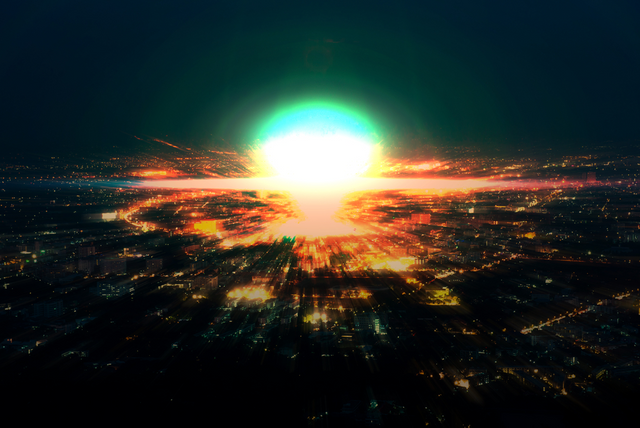