michaeldavid (65)in #inspiration • 3 years ago 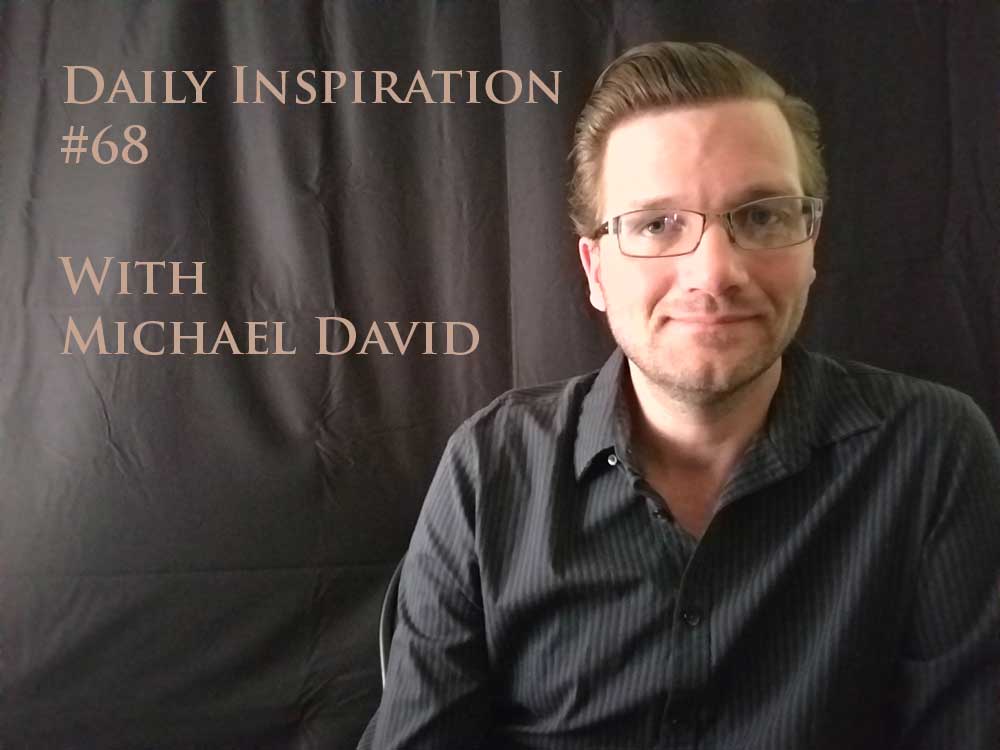 A literary celebrity during his lifetime, Stevenson now ranks as the 26th most translated author in the world. His works have been admired by many other writers, including Jorge Luis Borges, Bertolt Brecht, Marcel Proust, Arthur Conan Doyle, Henry James, Cesare Pavese, Emilio Salgari, Ernest Hemingway, Rudyard Kipling, Jack London, Vladimir Nabokov, J. M. Barrie, and G. K. Chesterton, who said of him that he "seemed to pick the right word up on the point of his pen, like a man playing spillikins".
Source Ok, so I'll do what I can to keep this one short today.

I really know nothing about this guy except what Wikipedia says about him. lol

However, I really love this quote:

"Don't judge each day by the harvest you reap,
but by the seeds you plant."

Fitting as I spent my day today helping my 80 yo mom in her garden today picking green beans! 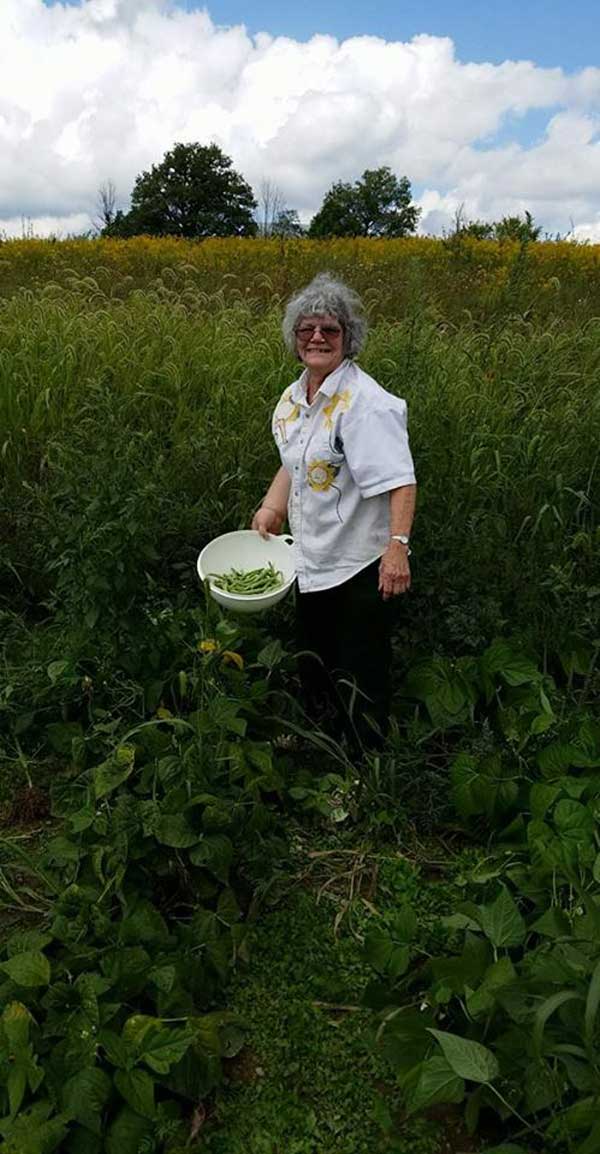 So to put this simply, it's not about what we get out of each day but what we put into each day.

For a large portion of my life I've sold things at markets of various different types around the country.

In that experience I've noticed something.

Assuming that both of my next examples I was in a similar mood, one thing remained true.

On days that i was constantly sorting and checking my money I made consistently less than on days when I just shoved it into my pocket and walked on with no concern of how much was there. This has remained true on all but a few rare occasions.

Now, before anyone gets ferocious, let me explain something.

I'm not saying that you should ever go into an endeavor blind.

We must always assess a plan before we execute it.

What I am saying is not to concern yourself with the daily or immediate rewards.

If you are persistent, those rewards will come.

Let's take my mom and dad's garden for example.

They are quite old and can no longer tend the massive, feed an army garden, that they plant every year. 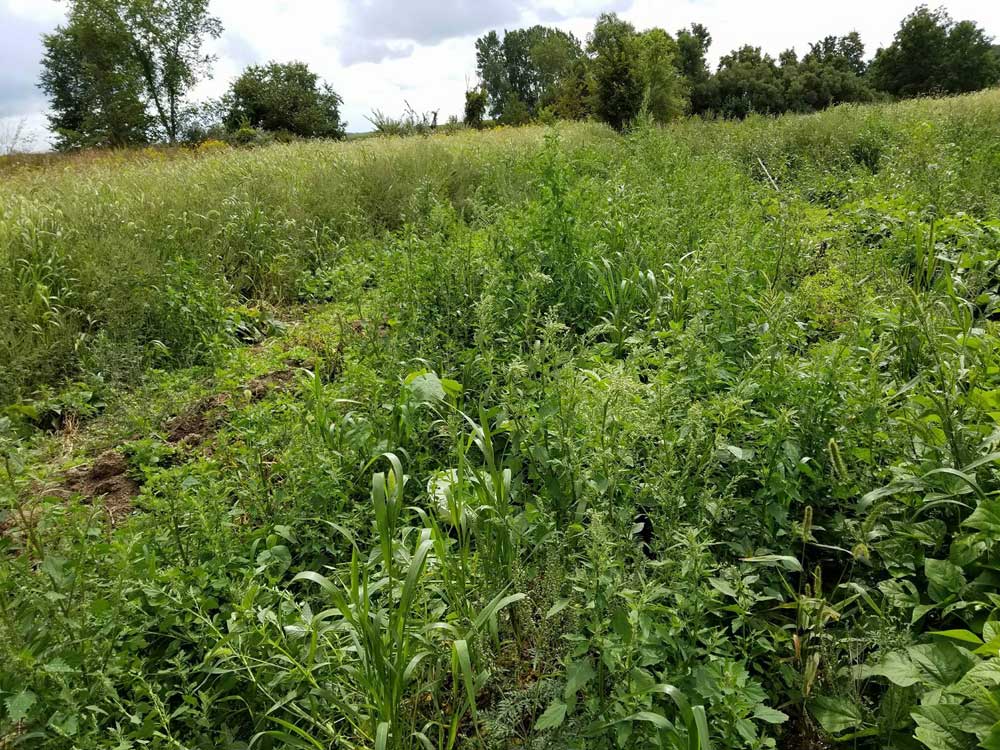 (Only a portion, and goes all the way to the trees.)

However, they continue to do what they can do and have really not downsized.

They cannot keep up with the weeding like they used to and it has overgrown, yet every day they show up and put in that little work they know they can do. (Another portion believe it or not there are tons of potatoes and green beans in there lol.)

They tell me every year that next year they will not have a garden anymore cause its to much. 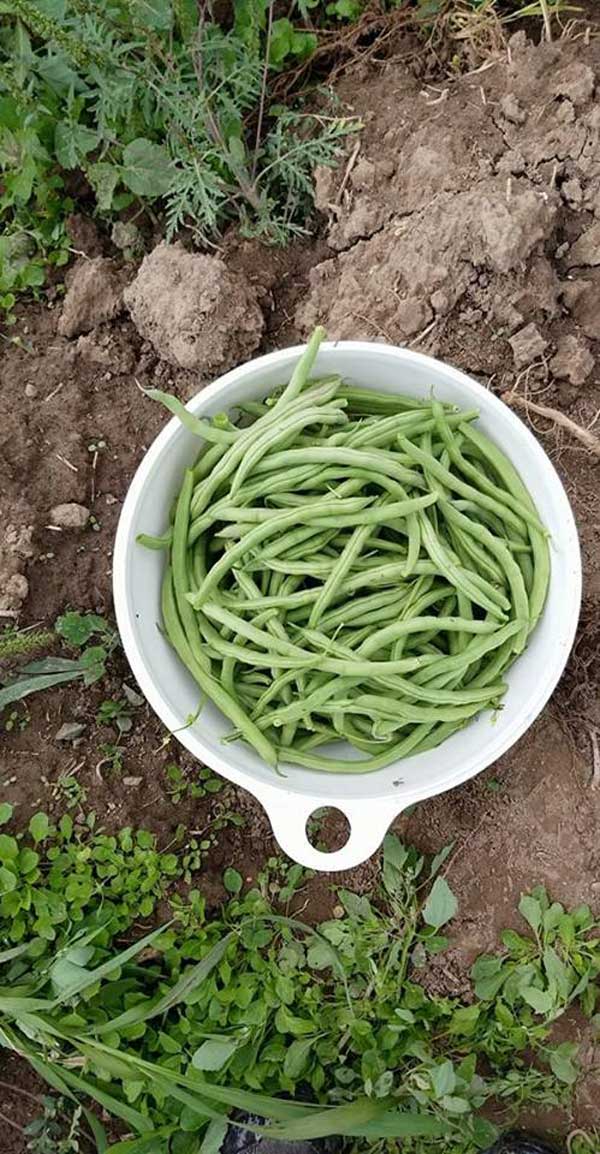 (Today we got about 10 of these huge bowls an it was her 5th picking of beans.) (The beans were still really big too.)

What's really cool is that no matter how much mom n dad get done in the garden each day, at the end of each day they always look at it in a similar manner.

The look out at what work they did that day, big or small, and say "Well, we did that much today!" as if excited that they took one more step toward something.

Even during a harvest day it's the same, "Well, we got that far today!".

Even if they wish they did more, "Well, we got that much done today!".

The moral to the story is just that if you are looking at the day from a perspective of what can I get out of this, the answer may be very little.

However, if you are looking at the day from the perspective of here's what I got done, you will always feel accomplished and the reward that is due will always be getting that much closer.

"Don't judge each day by the harvest you reap,
but by the seeds you plant." That's Awesome!
Thanks for that, made me laugh! I love it. These days I've been far to busy for it. Helping them sometimes fills the void though.

Excellent brother ,i enjoyed alot reading it, thanks for sharing with us ☺☺

I love the opportunity Steemit gives us to plant seed gifts to the community.

it's true, we really do get many opportunities for that here

Great read bud. Beans looked good too, I eat em raw right out of the garden..same with carrots

they are, Blue Lake Bush variety. we can them mostly

Stevenson is a wonderful writer and that quote is brilliant! I like the precise way you apply the wisdom into your day and personal story. Continuing with posts like this will maximize your admirers.

What a great and well thought response! I really appreciate it!

I too love gardening.

Thanks Robert Louis Stevenson, It was beautiful The beans were still really big too. :blue_heart:

Thanks! They really still were

you are welcome, I'm Michael David :)

Your daily inspirational post gives a good start of the day

Excellent brother, I am always pending your publications, greetings @joserc.vzla

This is a keen insight on why you are who you are. You've had some great role models that know what it takes. And the quote, bar none love that guy. Treasure Island! Ya man. Read that one several times a boy. The saying holds true, you cannot reap what you do not sow.

Thanks a lot man, seems we have similar upbringings.

Indeed, which is probably one of the reasons we click so well.

Great topic .. Thanks for sharing

This was a very intense read for me.
You get what you plant...... Its more than true in many ways.
I also love that your parents still have their garden and I am sure they will still have it next year! :D

I imagine they will. At this point its what keeps them busy. :)

Great insight which I needed, thank you my man!

You bet man, Thanks!

Great post as always inspirational your parents sound very similar to mine, well more so my dad , he was an avid gardener right till he could no longer maintain the house and decided him and Mum needed to move into a home, but in the last years he always focused on what he had done for the day and not what had been missed

Awesome! Yea they do sound similar :)

So inspiring, thanks for sharing.
i give you a tip and i was follow you, hope you do same :)

Being greatful for what you have done each day, being thankful for what the world has given you each day. Big or small they are still working towards their goal. Good for them 80 years old and still out in the garden!

Planting is the beginning of life.

Oh my gosh, I want to go lay like broccoli in that garden. It's inviting to just hang out and pitter patter around pulling a few weeds, picking some fruits and veggies, smelling the fresh air . . .

It is vey calming to bee out in the garden. I love it when i get the chance

@michaeldavid Sir, The whole article is too beautiful as well as inspirational. Quote is also brilliant and you described the quote in a large story with splendid example.Thanks Sir for sharing and sorry sir i am going to share here my blog link. i'll never do it again but please have a look at this poem This body is a rental house, One day you'll have to empty. I really really need to your guidance.

Thanks so much @coolbuddy! I really appreciate it.

Your writing is great as well.

@michaeldavid Thanks sir . Thanks a lot. I am much pleased.