Let me explain this diagram that I just made. This artistic map begins with that question, "Do you have free speech?" Now, I'm not saying free speech means you cannot go to jail. People can conflate the freedom to talk with the freedom to not go to jail, AKA diplomatic immunity which is something that the Pope may have.

In this very small rough draft outline article post thing here, I'm going to talk a little bit about free speech and things related to it. I'm going to walk you through this art drawing thing of mine as well. I'm also going to ask you some questions. Please respond to the questions in the comments below if you can and wanna. Feedback is welcomed. Feel free to steal my art if you want. 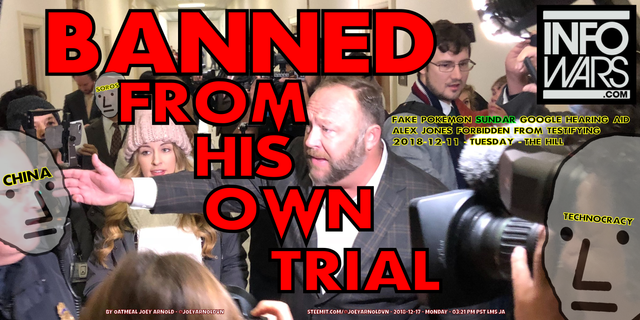 The first question in this flowchart is all about the first amendment (1A). Do you have the 1st amendment in your country or wherever you are? If you don't, then may not have the kind of free speech that Americans may have had in the United States of America (USA). 1A is fundamental and critical before the other amendments in the American constitution.

Now, I'm not asking you if you believe in hate speech or not. I'm asking what might be in the actual laws, rules, codes, statutes, and everything, in the land you are currently residing in. Let's just say that you don't have hate speech. Well, in that case, you can move on to the next question.

Are you on your own land?

Are you at your own private property that you own yourself? Do you have ownership of the house you are in when you are talking for example? Are you in your own yard? Do you own the land or are you renting the lot?

Now, technically, actual answers to some of these questions can be rather complex. There are many different things we can talk about. We could talk about Eminent Domain (Land Acquisition or Legal Theft or expropriation or resumption) for example. We could talk about how government may completely or partly own your land for example. Now, of course, government should not own your land. So, that is a problem. Well, generally, that is mostly a potential problem. But for the most part, if you are on your own land, you should have the right to say what you want to say. I'm speaking in theory as opposed to strictly from how things might be right now, legally.

Now, that does not mean that your free speech has the right to violate the rights of other people. Your freedom is fine as long as you are not hurting other people, right? If you are by yourself, then what you say to yourself is up to you. Ideally, free speech should apply to your private property and to public town squares as well.

So, I don't even have time right now to debate whether or not Facebook, YouTube, Twitter, Google, and other social ghetto networks are or are not public town squares or not.

Where is the Internet?

When you go onto the Internet, are you still on your own land? Your body might be but your virtual body is going all over the place. So, free speech can be a tricky thing online. Keep in mind that on the world wide web, that data runs around from computer to computer like water runs around the world in actuality.

Keeping track of the electricity that flows through the Internet is like trying to keep track of every single water molecule. So, digital copyright can be difficult to enforce and to prove in all cases. More on some of those things later.

But one of my concerns is in punishing people pre-trial like they did in Minority Report, in Judge Dredd, and in other Sci-Fi movies about the future and I'm not going to talk about brain phones and how they try to take away free speech and free thoughts as well. I don't even have time right now to talk about all of the movies and shows and everything that references and deals with pre-crime things. I'm for the legal system. So, I believe in free speech.

I believe in maximizing free speech rights. But if you want to take me to court for things I said, then you should have the right to try to take me to court. So, there needs to be procedures for making that happen and there is generally already a system for that.

Also, I should be compensated if I'm found not guilty or whatever by the judges, the jurors, and everything. If I'm not guilty, then you should be required to pay me for my time in court. Why? Because that would discourage people from trying people who might be innocent. By the way, the legal system can be pretty corrupt. So, I don't even have time to talk about the corrupt judges, jurors, laws, police officers, etc. Well, some cops are good.

See, keep in mind that there can be consequences to what you say and do. But one of the main goals behind the U.S. first amendment is to limit federal government from restricting speech. That does not mean you cannot be held accountable for what you say AFTER YOU SAY IT and not before you say it and not before you are tried in a court of law first.

Fire in a Theater

For example, if you yell fire in a movie theater and then a baby gets trampled and dies because the audience was running out of the cinema, then you could be taken to court. You probably should be dragged to court or shunned by society.

We could boycott your stuff for a while. We could try to stop doing business with you. We could write nasty articles about you online. Peer pressure is valuable. We can give you a bad name in order to let people know you are a jerk. That can sometimes be better than going to court.

Now, I would hope that the person or people that walked over the child also goes to court as well. But you could be found guilty of murder or at least with being an accomplish to manslaughter or whatever the case might be.

See, free speech is all about stopping federal government from telling you what you can and cannot say from the perspective of the federal government. Now, I don't even have time to talk about how we need to limit government. I talk so much about that. See, when we fail to be our government on the local level more and more, then state, federal, and global governments and agencies and other groups step in to fill that void.

But I'm not going to bore you too much on the tenth amendment right now. I'm simply going to say that the cinema is probably not your private property. So, other people probably own those big screens. So, they probably have rules like, "Be quiet." So, if you yell "FIRE," then the probably is not that you said fire but that you said anything at all that was too loud. Also, if what you said causes bad things to happen, you may be held liable to that to the extent of the law. Now, some exemptions may apply.

I don't even have time right now to talk about how you may make deals with people. You may enter some kind of contract with them. In those cases, we may want to follow contract law.

Now, in conclusion, if there is anything I would want you to remember, it would be that private property is fundamental. One of the biggest problems that we have is when people try to violate those ownership rights. Oh, I don't even have time to talk about hate speech either. Oh, there are also other related things we could talk about as well. More on some of these things later. To be continued. Thanks. Oatmeal out. The Bill of Rights

Copyrighting Intellectually Property & Thoughts From Within

Submit
$7.89
40 votes
2
Authors get paid when people like you upvote their post.If you enjoyed what you read here, create your account today and start earning FREE STEEM!
Sort Order:
[-]
minnowvotes (2)  ·  last month