Finally returning home and straight off the boat into work. It might seem strange for me to lead with the Bonus Bloggers, but there is a bit of method to the madness, as it will become clear as you read onwards! After several dives into the introduceyourself tag, I was starting to despair that I would find a decent introduceyourself post with fewer than three posts. Then I stumbled across a post from @youhavewings as part of her finals round entry for @ifc (which I have also been playing, but didn't make the last home stretch). The theme was helping out beginners on Steemit, and as part of her entry she featured @gracefulhearts! I'm afraid that this was the gold that I was looking for, but couldn't find on my own steam. So, I'm taking the lead from @youhavewings and also featuring @gracefulhearts as my Bonus Blogger.

Her only other current post is "Finding the Lovely" - lyrics - How a musical is born from the heart which is a beautiful post to read and it is the post that I'm featuring. 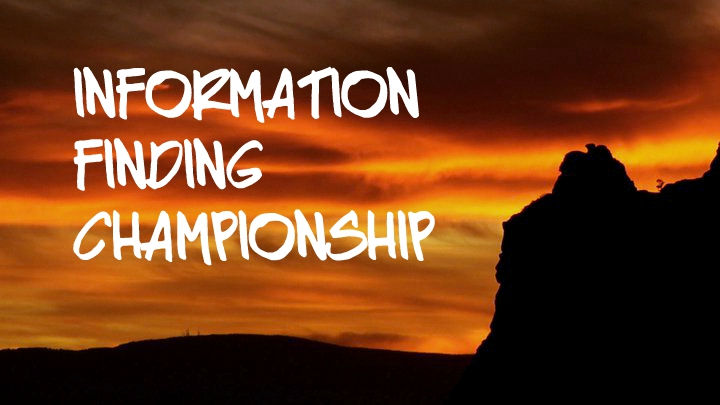 So, normally during the week, I keep an eye out for accounts that I might feature for @pifc and stick them in a Google Keep note to use for later. This week, I was going to crack open the cache and check out if any of them were still active and posting quality stuff. However, I was reading the post from @youhavewings about finding and helping out a beginner for the finals of the Information Finding Championship (@ifc) and I thought I would have a closer look at some of the final entries (they had to do 3 different posts about Love, Helping a Beginner and a Wild Card topic).

Looking at the entries so far, it has been incredibly stunning quality from both @magicalmoonlight (REP 54) and @youhavewings (REP 55).... and wouldn't you know it, both of them are below 55 REP! It was meant to be!

So, this week, I'm featuring the two finalists from the Information Finding Championship. @youhavewings and @magicalmoonlight, even though (from memory) @magicalmoonlight knocked me out a couple of rounds back in the sudden death finals face-offs!

The posts that I am featuring from both are on the "Love" topic, however you can easily find their other posts for the competition (if they have written them so far) in their blog feeds.

Not Your Typical Love Story

"THE POWER OF LOVE"

Thanks for your entry, as always great featured posts.

Thanks, and thanks again for the top contest!

Wow, @bengy this is a very good post (you put a lot of time into it) and I am so thankful for your support of @gracefulhearts Hopefully she will see your post and be inspired.

And thank you so much for the mention - You're the best!

No problem! The two of you have put out some amazing posts for the @ifc finals!

Your balance is below $0.028. @dustsweeper is now disabled for your account until you transfer new funds. Check out the Dustsweeper FAQ here: https://steemit.com/dustsweeper/@dustsweeper/dustsweeper-faq

As always, you never absent on this contest @bengy, I just started it from weeks 20, and still need time to go through it. will comeback later for the bloggers

I can't believe it's been that long, it's been a great thing to do! I hope you will also enjoy it!

You got voted by @votefun thanks to Bengy (also musicapoetica). We are still in early alpha, users can use us to get free upvotes. This is mainly directed towards users of the @cryptowithincin bot. We are in a few discord servers. To get full benefits, you have to be subscribed to @cryptowithincin. To support us, you can delegate to @votefun or just give this comment a upvote. Or you can even use http://votefun.tk/ to trade your STEEM/SBD for other coins. We charge a 0.1% fee and most of that will be used to help votefun get more steempower.

This post has received a 1.56 % upvote from @drotto thanks to: @votefun.

I just had a look at your choices @bengy and I'm going to say that you're a real soft hearted romantic :) I'm familiar with magicalmoonlight and youhavewings and I think they both did a great job with their final competition. And funny, but I'd already seen gracefulhearts through youhavewings too :)