What are your top ten everything of 2017, your favorite moments, memories, or anything, of that year? Let me know in the comments, below. Here are some of mine, as follows:

2017, from March to May, I binge-watched the first 13 seasons of the Power Rangers (PR), the American children television show version which premiered the fall of 1993 back when I was eight in Oregon. My favorite ranger was Billy the Blue Ranger until Tommy the Green White Red Black Ranger came along. We made a Power Rangers parody movie in 1996. The 2017 reboot is interesting and Tommy and Kimberly made a small cameo in it. The PR franchise comes from Japan like Nintendo and anime and many cool things. I'm a PR nerd.

LEGO Batman is so funny, creative, and his relationship with Joker is a lot more comedic than that between James Gordon and Penguin in Gotham, the television show on Fox. Out of all the super hero films, this animated Batman was more engaging than other fantasy movies like that of the Guardians of the Galaxy, the Justice League, and the Avenger films. I'm basically a fan of all of these. Have been watching Game of Thrones, The Walking Dead, #TWD, Star Wars Rebels, Suits, to name a few. Was not playing a lot of video games in 2017. Anything that is action based mixed with comedy is the hot dog. Makes me hammered like MC Hammer, like a fat boy with ice-cream. Can't touch it. Wasn't playing much basketball either that year.

Watched through the first 27 seasons of The Simpsons during the first 3 months of 2017. Felt like Picard. That was another lifetime ago when I lived in Vietnam. The Simpsons started in 1987 and their first season premiered the fall of 1989. The Simpsons may be the father and the inspiration behind Family Guy, King of the Hill, and other American cartoon television shows. Actually, people watch it all around the world, of course. Some episodes have been banned in some countries for being offensive or something according to some governments.

It was legend, wait for it unless if you are Lactose intolerant as Barney the Purple Dinosaur says, dairy spun in a fairy of a tale with a twist at the end. Learned a lot from HIMYM. 2017-10-31 - 2017-12-04 Monday 11 AM FGOR163: watched through all nine seasons of HIMYM. After that, went to the Grand Lodge with Mike Kurtz, Camp Kuratli legend from 2007. We caught up on that tenth anniversary of ours. We talked Robin. Pun intended in a three way because there are many Robins I could be referring to in this, Batman, HIMYM, and a Baker, haha. We talked Joey. We talked Mike. Our conversations mirrored HIMYM in some ways. Not sure how I feel about the Robin twist at the end.

2017-01-30: this Ed Sheeran has over 3 billion views. Beautiful love song focused on a Lincoln Hawk clone and Moesha Tyra Banks Aisha and it features like a Rocky Rambo montage. Speaking of shape, this other song, Despacito, from 2017-01-12, by Luis Fonsi, has over 5 billion views. This song seems to have more views than Gangnam Style by Korean Psy from 2012, which has 3 billion views. I think I like this Luis song more.

He keeps pushing me backwards. I'm finally seeing the patterns. This song, New Rules, from 2017-07-07, by Dua Lipa, has over a billion views on YouTube. First, don't pick up the phone because he is drunk, alone, you'll wake up in his bed in the morning. Spice Girls Power Puff Power can be seen. In this music video, you learn all about teamwork. We can avoid trouble in life when we stick together. Accountability is key in life. It hurts at times but tough love is better life. What, Kanye West? Oh, that is right. Taylor Swift was amazing in Look What You Made Me Do from 2017-08-27 and it almost has a billion views now. This song is the motto of my life. Look what you made me do, I say. I'm making top ten articles on Steemit.

When we make our country great again, we make Christmas great again. Here is an eight hour @Stefan.Molyneux video featuring amazing Christmas 2017 interviews with Gavin McInnes, Roaming Millennial, James O'Keefe of Project Veritas, Duke Pesta, Faith Goldy, Blond in the Belly of the Beast (Triple B), Styx, Jack Posobiec, Diamond & Silk, @Cernovich, Milo, Jesse Lee Peterson, Kaya Jones, and more. This video encourages me so much. We can all master the art of the argument and the art of the deal. We can learn so much from Scott Adams.

During the summer of 2017, it was the shot heard all around the world. Forget the Rock, or the Hollywood Hulk Hogan, of the real NWO, and look at Donald Trump laying the RAW smack down on control freak media, like CNN. Can you smell what the Trump is cooking? Thousands of independent, red pilled, people were making their own memes, photos, GIFs, videos, links, articles, stories, vines, bits, bytes, Chuck Norris jokes, Trump jokes, at an even greater level since then. Like @Cernovich says, we were all leveling up in the game of life. We win when we do things like that in the culture wars, AKA the info wars which we have all around the world each day and we win when we meme and draw like @GrrrGraphics and when we talk about stuff like @Stefan.Molyneux and we know we are doing it right when we have to #FreeTommy like #FreeWilly and we live for Tommy Robinson and I am Tommy and you are Tommy, if you want to be and I am Trump and I am Alex and I am Julian Assange and more. Keep laughing. Keep meme creating (meming).

This Super Deluxe Alex Jones hit-piece turned Viral Internet Music Video Contest had hundreds of epic entries including a few from me in Vietnam and some of the contestants won thousands of dollars around August of 2017. I'm angry and I had enough of these people who are a bunch Christian murdering scum who are killing babies and selling their body parts and we all have had enough of Soros and Oprah and Bill Gates and Facebook and Google and Twitter and Microsoft and Apple and Amazon and Walmart and YouTube and lefty Watch Mojo and control freak media and control freak education and control freak science and Big Pharma and others and what more do you need to know about these people you could ask and we go around facing them each day and we have it on video. Hillary Clinton is into really creepy sick stuff man. Hillary sleeps in the same bed with that little woman, Huma, who wears a hood over her head, what the Hell, you know, you really could know. They smell like Sulfur. Obama, too. They both do. Pot belly weird goblins are coming after us. My spirit gets close to the fire and I can feel it scream like Alpha Power at the Info Wars Store and it is saying ahh, ahh, ahhhhh. We are all self-centered crap. We don't even notice Hell itself rising up against us through 5G and Chem Trails and Gay Frogs and the NWO and EU and #FreeTommy and much more. Millions of the worse kinds of people are flooding into Europe and America to destroy western civilization as @Stefan.Molyneux and @Cernovich would tell you from the inside-out like the animated movie but even worse than that and I am so pissed. Going to stab your daughter at the mall. Gonna stab your wife and your son. Gonna stab 'em with a butcher knife, even in England where they ban knives and guns and then they get truck attacks. Do we ban the trucks, too? We love our Somalis, we love our Muslims, oh they are so good, a religion of peace after Jihad makes into a monopoly of religious Sharia Law and domination in governments all around the world. The preceding included some of the lyrics of the Somalis song.

Each country should focus on their own country. The citizens of a country can try their best to pressure the government of their country to serve we the people. Nationalism is better than globalism. Beyond that, each family should focus on their on family first. Each community should prioritize their own local community. Trump has been helping America, for example, in 2017, so much. Watch Mojo made a fake video pretending to highlight Trump's first year but was really trying to subliminally get more people to hate Trump. Jobs are rising. Taxes are declining. Regulations are going down. Companies and factories are returning to America. We are draining swamps in America and in other countries. We continue to fight each day and you can join us if you have not already. For me, I was living in Vietnam from 2012-2017 and I was telling Vietnamese Trump would be the next President of the United States as early as April of 2016 and many people laughed at me. Trump brings me down to tears to make me want to run. Trump inspired me to return to America and I returned on Thanksgiving Day, Thursday, in November of 2017. Bought a plane ticket with some Steem and Bitcoin via a website that accepted Bitcoin. In San Jose, California, at the airport, I was retained for a few hours by immigration, even as I'm an American citizen, born 1985 in Oregon, and foreigners went by me while I was retained and almost not allowed through the American border back into my own home country, #InformationWar, cry me a river with Justin Timberlake and Michael Jackson. By the way, I missed my first plane which my English Student bought me and then I had to buy an extra one. Missed it due to my ride, my other student, taking me to the airport too late. So, I told him to be careful. I wanted to trust him and he was wrong. They didn't let me through even as I was about 90 minutes early but the airport said that is not early enough to catch a plane. Life is full of pain and gain. Keep going no matter what and always smile. 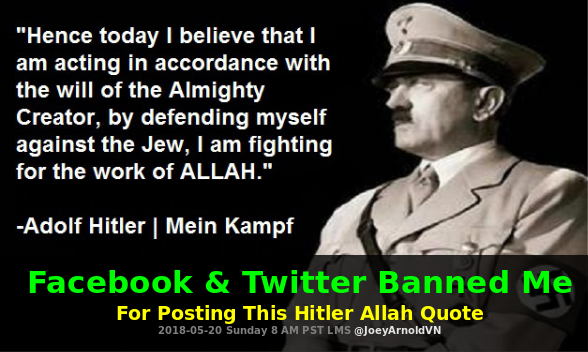 Submit
$0.06
7 votes
8
Authors get paid when people like you upvote their post.If you enjoyed what you read here, create your account today and start earning FREE STEEM!
Sort Order:
[-]
beercraft (6)  ·  2 years ago

What is the origin of this dish? It looks tasy AF. I'd love to wash it down with a Irish Stout. I think the two who complement each other very nicely.