Here is a Meme Parody by Rob Roy Merrick of my Free Speech Flowchart Picture & Article which I published earlier today. Rob Roy is a talented man. He makes funny memes and he writes stuff. So, you could learn a thing or two from this legendary meme master if you wanna check him out.

In this post, I'm going talk about this Free-Time Diagram by Rob Roy and I'm going to talk about Rob Roy. I'm going to include some links to Rob Roy in case you want to know more about him. You can also check out some of his memes and whatever else he may have. This article here will serve as a quick introduction to Rob who is a pretty smart cookie. He is not made out of oatmeal but he is a pretty cleaver guy. Do You Have Free Speech?

I posted my Free Speech Meme on Free Square (FS) not too long ago. In other words, I posted a mirror to my Steemit Article and I talked about how you may or may not have free speech. After that, Rob Roy replied in that thread with this parody art to discuss whether or not you may have too much free time. Let's talk about that for a minute.

Did you ever get people banned or doxxed or deplatformed or depersoned or fired or beaten or humiliated or even murdered or whatever? If you have to think about it then you might be guilty of something perhaps. Terms of Service (TOS) comprehension can be critical. Some people can be trolls in a bad way. Some people can break rules within the realm of like contract law. If you have not got people banned, then you may not have too much free time in a bad way. Now, free time does not have to be a bad thing. It depends on how you use your time. It depends on many different things. But I don't have time to talk about time. That's for another article for another day. Let's assume you did get people canned or banned or tanned haha and let's move on to the second yellow box.

Do you have some kind of job? Now, keep in mind that there are different kinds of jobs. But I don't even have time to talk about how you might be a corporate slave as Kanye West puts it sometimes. I don't have time to even talk about the Dilbert comics of Scott Adams who has talked about being stuck in boxes as employees often are. So, if you got jobs and/or other sources of income, then you probably don't have too much free time. But if you don't work, then move on to the third yellow rectangle thingy. My thingy and not your thingy haha.

Are you always on YouTube and/or wasting time doing things that might not be the best choice and choices for you and your family and everything else? Well, that kind of question can be so complex and don't get me started on that, yo momma. Now, if you are not always on the Internet like some retarded SJW NPC robot couch potato zombies can be, then you may not be a redneck or I mean you may not have too much free time baby.

But if you are on the world wide web, brought to you by AOL, you got mail, just kidding, then you probably do have too much free time, loser. Yo, loser. Oh, there was a show called the biggest losers with fat people, right? We wanna be winners, right mister daddy Trump? That may be true. So, it is critical to fight for stuff. Oh, I don't even have time to talk about hate speech which is like a psy-op term that is there to mislead and destroy humanity in a variety of ways as some terms are engineered to be. Yeah, those who refuse to obey laws, rules, etc, of the land, are possibly refusing to obey God according to Romans 13, maybe, but it depends on a few things, and punishment may follow possibly.

I don't have time to give you a proper conclusion because I'm too busy eating oatmeal haha. But seriously, it does not have to be bad to have free time. But it can be bad. In most cases, when people have free time, then they end up getting in trouble like Will Smith in Fresh Prince of Bel-Air, yo, started making trouble in my neighborhood. So, statistically, free time is dangerous to the extent you are not responsible enough to use time wisely on your own. See, time is like money, power, influence, and time is a powerful resource. You can abuse time. You can abuse your life and others around you. You can misuse things. But I don't have time to talk about some of those things right now, so please call me back, baby. More on some of these things later. Rob Roy Merrick would use this profile picture photo avatar of a Chris Fuller who died in a car accident in like 2018 and that means Rob is probably not Chris. So, is he trying to raise awareness to what happened to Chris? Well, unless if this is really Rob and not Chris. Well, as far as can tell, it is a photo of a guy named Chris.

You can find Rob Roy on Free Square as of right now. You may sometimes see him other places. He writes. He makes memes here and there. I've included a few links to where you might find him at. I'm not sure where else you may see him at as Rob Roy may not even be his real name, unlike me. But people have the freedom or should have that right to be as anonymous or whatever online and offline as they want and that is what the fourth amendment is all about.

People who had WAY too much Free Time 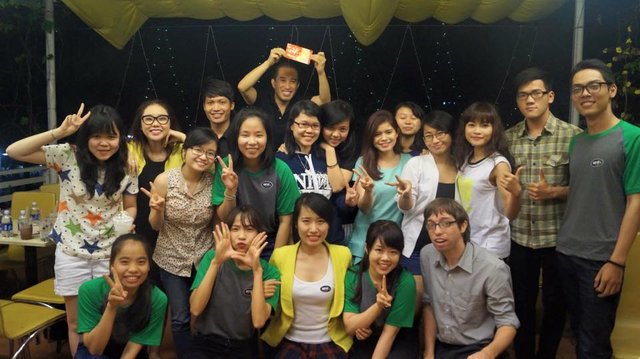 The Balancing Act that is life...

People who had WAY too much Free Time

Trying to get past the exchanging formalities connection

How to Find happiness in your life

They Loved The Same Man