Hiya Steemians - Week Number Four in our little (Dance) Music Community approach to reward people for engaging and showing their music. This week we cover Wednesday House as Steem-Bounty post even we are in the middle of the World Cup.

Recently we made Bounty posts around Techno Friday, Dance Weekend and Disco Tuesday. We rewarded hundreds of Steemians for their engagement but also discovered some bounty experts simply comment to get bounty rewards but not even vote for the post - I call that greedy behaviour. I am not a fan of requirements to Upvote and Resteem posts just to enter a contest but it seems we have to do it.

Below the tags (you will find two new ones) we usually cover with a bounty music engagement Dance bounty. Thanks to @andyjaypowell for creating Wednesday House.

So - please get ready and interact around House Music - this time the following rules apply to qualify for rewards by the Bounty:

1- Comment with a story or music fitting the topic
2 - No copy / paste, original written text required
3 - No Upvote Required BUT
4 - Resteem this post (never thought I would write that ever lol)

The more engagement, the more contests or higher bounties to come soon! As a reminder we handle weekly contests around the tags below for now until Hivemind rolls out:

As always readers and creator of the post will decide via their votes how the Bounty amount will be spread among the people adding their comments. Be creative and do not spam and FOLOOW THE RULES.

Important: You have over SIX days to get engaged so take your time - I will not vote all comments immediately :-)

My Choice of House

Today I have some commercially successful House Music, no Hard or Techno House but something melodic for the ladies and girls - one version with - one without lyrics.

"Don't You Worry Child" is the sixth and final single released by Swedish house music supergroup Swedish House Mafia until their reunion. It is the last single from their second studio album, Until Now, featuring vocals from Swedish singer John Martin. In the United States, it is the act's second number-one single on Billboard's Dance/Mix Show Airplay chart, following "Save the World". It received a Grammy nomination for Best Dance Recording in the 2013 Grammy Awards, as did its predecessor, "Save the World", the previous year.

Steem-Bounty is an initiative by the fab Steemian called @knircky - the bounty is a tool to reward readers based on their engagement In a nutshell get engaged with useful comments and you might get rewarded by the Steem Bounty amount someone pays for the posts, most of the time this is he creator of the post. Check the announcement post for all the rules: 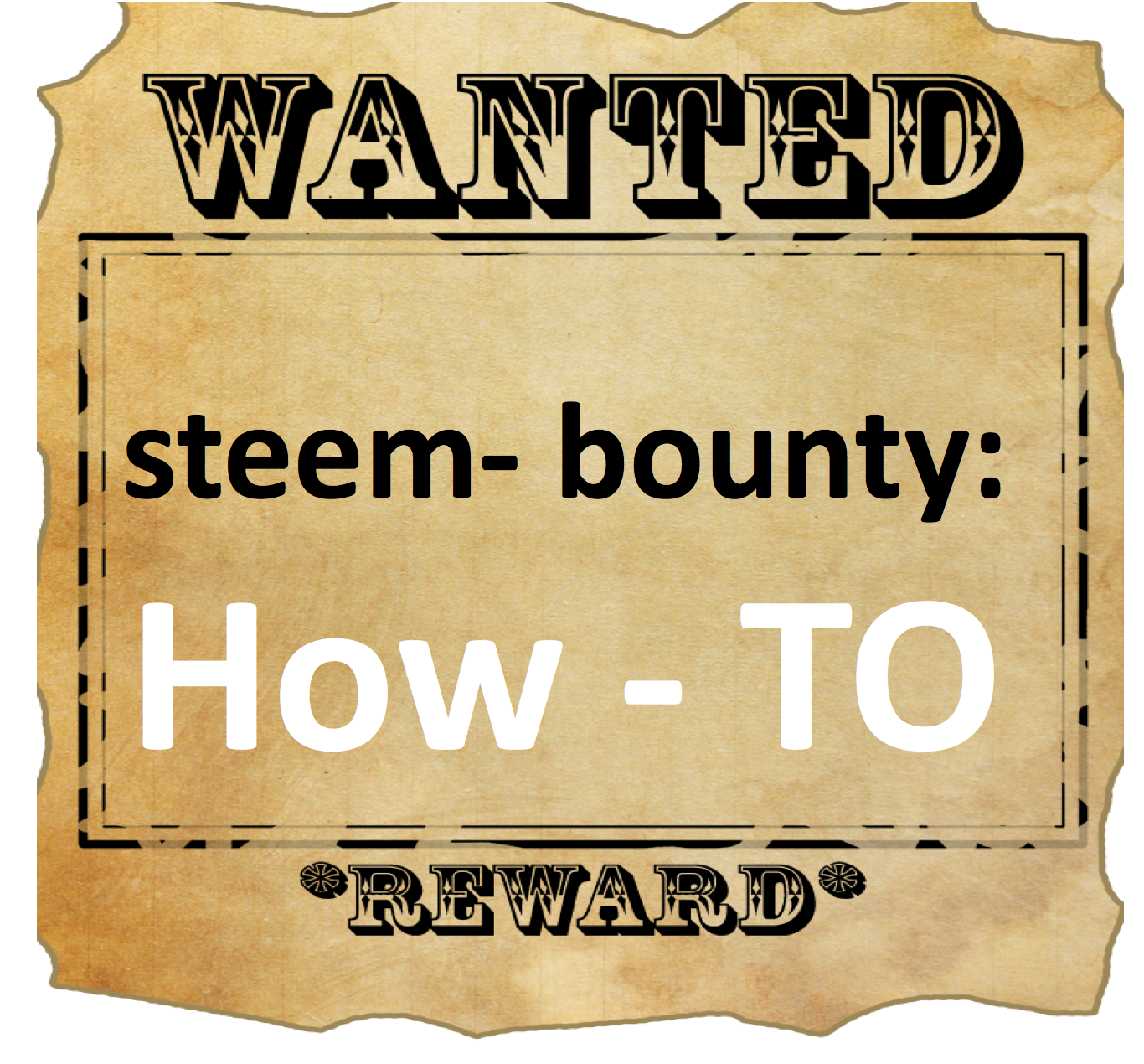 But do not abuse bounty posts it with shitty / spammy / stolen comments as you could land on a black list if the creator down votes your comment, so make sure you actually engage and do not spam.

Awesome folks like me (lol) that offer also their own music project initiatives on our platform. These music experts always provide quality content - just comment if I forgot someone - am compiling a list on all music community guys moving forward (the most recent ones I found are added on top)

Thanks to @edje please find below also several music tags you might consider to visit ( check his profile - he is an awesome music curator).

One of my favourite older Hosue Tunes now even mixed to become modern house - CCP is in da houze :-)

Don't You Worry Child is actually a guilty pleasure of mine. Don't tell anyone ;)

House has so many flavors. I have to go with this remix of a classic which is a rework of an older remix (a bit confusing, but just enjoy the deep house vibes):

Thanks for contributing - you are (almost) qualified

Tune in and feel the Vibes !

One of the 2018 summer hits is "Got You" by French DJ Michael Calfan. The electro-house tune and the vocals, which punch through the bassline in a perfect way.

Thanks for this - qualified entry


It was cool clubs, posing, looking good....it was the 80s...it was the start of Ibiza and this was the beginning of all dance music that has come since .
Joking apart, Ive listened to some great new music on this thread, and what a brilliant idea to have #wednesdayhouse , cheers @uwelang
$0.23
2 votes
Reply
[-]
uwelang (74) 2 years ago

Thanks, almost qualified. What has @detlev to do with it :-)?

ohh sorry @uwelang lol...i was just thinking about #metalweekend when I wrote this lol and remember to resteem :-)

My choice for this #wednesdayhouse is the remix made by DJ-Producer Beave, who for some time ago i followed his songs and his great style, I hope you like it :)

muchas gracias amigo - you are qualified

This extended mix of Electric Feel by PAX is currently number one song on Beatport Top 100 list.

I'll add something bittersweet to the mix today. This is Wassermann - which is one of the many aliases of Wolfgang Voigt, co founder and co owner of Colognes Kompakt label. What makes this special are certainly the few lines of lyrics he took from Rheinhard Mey's "In Tyrannis" to create this rather heavy and melancholy track.

Always enjoy an opportunity to talk about house music on here. I picked this one for my weekly post because of the memories it brings back to me. Those 80s stabs and that bass line are pure playful good vibes and I'm feeling it this week.

Good music - thanks for commenting

@uwelang hope you liked :) thanks 😎

I liked it a lot - did i miss to add a vote for the bounty - sorry! My apologies - too many things to handle simultaneously it seems

I really miss when Roman Flügel produced under this name. Classic.

@iamevilradio I didn't know it was him! you are a walking encyclopedia of electronic music. Kudos!

Ha! I've got the weirdest memory for this type of stuff. My wife gives me crap about this all the time because I seem to have most ridiculous memory if there is a musical cue involved.

thanks for commenting but not qualified yet

with this I deestreso any Wednesday, Thursday or the day he hehe greetings! It is excellent to put it after your team wins now in world times!

It was so great to see them back on stage earlier this year after few years of break. And the best news is they should make a world tour in 2019.

What is a bounty exactly?

A bounty is money sent to a post to be distributed to the users commenting on it. It provides a way to reward users directly and works in addition to the steem/sbd they receive from the blockchain. It works independently of SteemPower.

You create a bounty by sending any amount of sbd/steem to @steem-bounty together with a post-url in the memo.

How can I earn a bounty Users are then competing for the bounty by writing their answers to the post in comments that will achieve upvotes from the community and especially the bounty creator. The money of the bounty gets distributed to all top level comments of the post at the same time when the post is paid out (7 Days after it was written). How much everyone gets depends on the votes the comments received. The sender of the bounties votes are weighted higher so that she decideds where 80% of the bounty money goes and all other votes determine the rest.

@steem-bounty does all of this for you automatically. You can use this service to automatically pay out a challenge, ask a hard question or simply to reward the people that interact with you.

Read more about how it works, even in different languages here.

Today I have some commercially successful House Music, no Hard or Techno House but something melodic for the ladies and girls

Because women and men do not listen to music differently,
and there's not a melodic music for ladies and girls, or hard music or tech house for man… even if you don’t notice this is sexist… its a bad choice of words!

I see - thanks for the advise psychologist

Was meant in a positive way and i hate racists and sexists - I try to see nice things and speak about nice things too here mainly :-)

I know, that's why I follow your blog! Even if I'm not completely into the musical choices​. And on the regards of melodic music, if I'm not mistaken, the only upvote I got from you was on the most melodic music post I made :D