Crypto Escapades Part 16 - What is MobileGO? Is it worth?

On today's escapade inside crypto we will feature MobileGO.

MobileGo was essentially launched to enable smart contract technology in the GameCredits ecosystem. GameCredits is not meant to handle smart contract applications and is strictly meant to be used as a payment method. Another reason to set up this ICO was to gather funds and expand more quickly in the mobile market.
MobileGO has different use cases and goals, it will function as the mobile gaming store and is a currency used for the esports industry. Games and mobile content can be purchased with GameCredits while smart contracts and tournaments will be done through MobileGO. 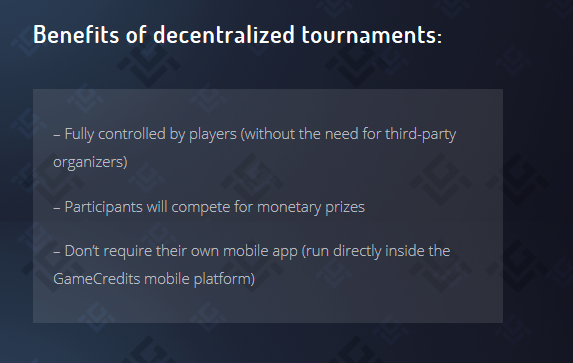 Crowdsale ran from April 25th 2017 and ended May 25th 2017.
They were able to raise 53 million USD.
A minimum of 50% of all funds raised in the crowdsale will be used for marketing. 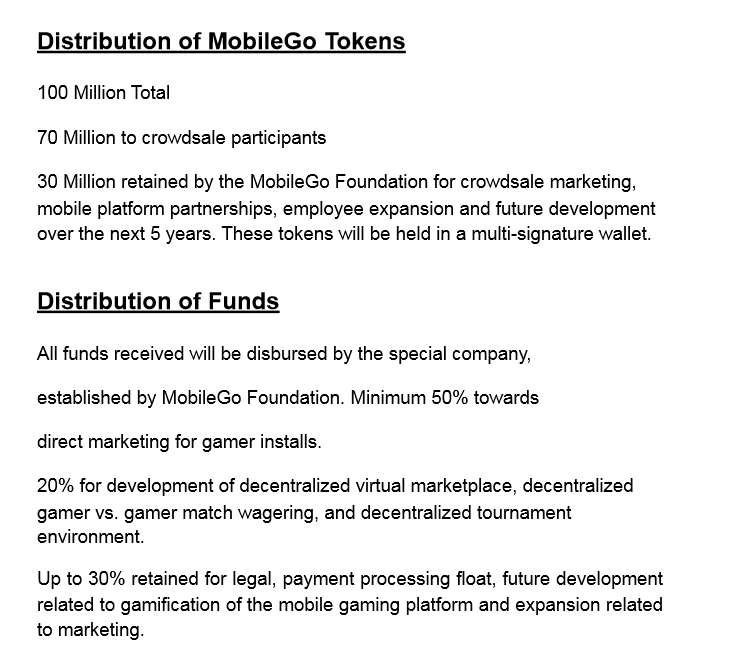 Problems of ERC20 that ERC223 will solve:
Impossibility of handling incoming transactions in receiver contract.
Tokens could be sent to contract that is not designed to work with tokens without handling and potentially could be lost.
Token-transactions matches Ethereum ideology of uniformity.

MobileGO used a new piece of tech allowing it to exist on two blockchains simultaneously. This is the first time this has been done. MobileGO wants to take benefits out of both blockchains because both have their unique use and features. There will be the possibility to switch between blockchains quickly and easily using a new piece of tech called BlockSwap, developed by Incent Loyalty. In total GameCredits/MobileGO has around 100 employees, with 60-70 working full time in Belgrade, Serbia. Value of GameCredits was about 2.50 USD when it hit the exchanges but after one month it's value kept on decreasing. MobileGO at it's launch was valued 5 times more than their current price today.

On facebook they replied within a day. They recommended me to join Discord, Telegram or alternatively email their community director. Ofcourse I did the alternative way, to check out and for funzies. 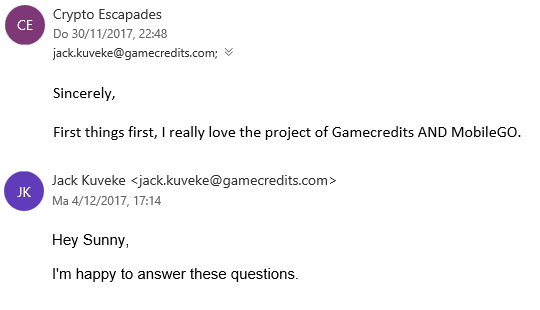 Jack Kuveke is very helpful and he replied within a week. If you have any questions he will definitely answer back and reach out to you.

MobileGO used to have their own website and social media channels before. MobileGO was logically integrated inside the website of GameCredits as GameCredits is the payment method.

November 10th 2017
First part of Desports, the decentralized betting application has been released.

MobileGO and it's investors still have to wait months for marketing, esports, games, exchanges, block swap and so on. Implementing and fully utilizing MobileGO will take a long period of time. It's still in full development and adoption fase so there's not a lot of news around MobileGO. It's easy to notice that MobileGO had an amazing crowdsale but they could not deliver, it's a little bit of a fail actually. The only thing right now that can push the price of MobileGO is a big exchange listing or whales. At first, Bittrex wanted to add MobileGO but Bittrex at that time could not support ERC-223 tokens.
It's uncertain if Bittrex will ever add MobileGO although the promise to be added to a big exchange such as Bittrex or Poloniex was made a long time ago. Nevertheless I still have faith and I will hold MGO for at least one more year.

Always invest at your own risk. Be informed, I can help you being updated.
What's your opinion on MobileGO, do you think it will regain it's value in 2018?
We will keep you posted and updated on and any cryptocurrency we feature on a regular basis. SteemiTag is an innovative program that helps users increase their gains in the curation rewards by voting on posts that are likely to get high payouts. It maximizes the chance of a user to be rewarded through an accurate selection algorithm that works 24/7 and eliminates "no rewards" problem for users with low Steem Power. You can participate in our program by clicking on this link and confirming your delegation. Your rewards will be sent to you in the form of weekly dividends. Thank you and keep up with your great work!
$0.04
1 vote
Reply