On today's escapade inside crypto we will feature Quantum (not Qtum).

Quantum is a real deflationary currencies and they claim to be the first in the world.

Quantum tokens get cryptographically destroyed on a monthly basis. This process causes the amount of units in existence to decrease every month.
Since there are less Quantums available as time goes by, the remaining units gain in value.

Quantum has put all bitcoins received from the sale of Quantum tokens into a pool of funds called the 'Liquidity Pool'. These bitcoins are put to work and generate interest.
There are many multiple ways how Quantum generates money. Examples are margin lending and trading on exchanges.

Token distribution : 1/3th of the tokens were distributed among the ICO contributors. 2/3th of them however are held by Quantum.
According to their whitepaper their statements about this goes as follows: On top of the liquidity pool stands Damian Merlak, one of the founders behind Bitstamp. 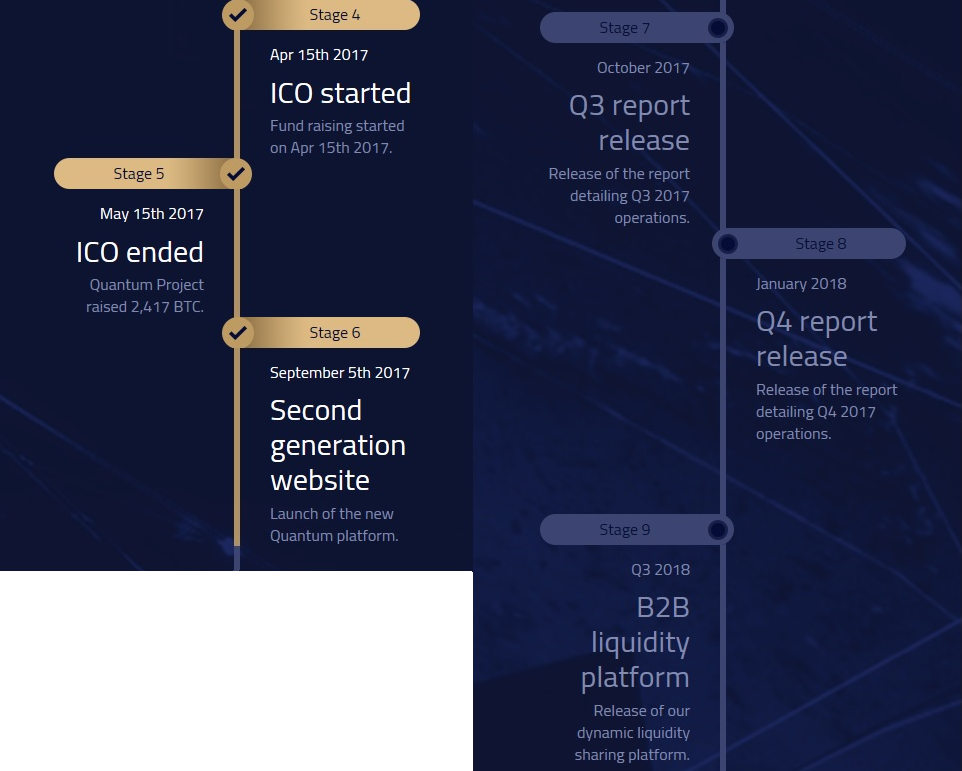 Their most awaited and only feature is the B2B liquidity platform.
The only thing known until now is that this will be a trading platform. Quantum will be able to (automatically?) make more profits and destroy more tokens on a monthly basis with their upcoming platform. I contacted their customer through Facebook and they responded within an hour.

These were both unofficially confirmed through their customer support.

They are responsive on messages and they have a lot of likes on Facebook. This might be because of Qtum and the name itself but still it's great for them. After research I found out they do have powerful friends. These friends helped them setting up their ICO. Quantum Project has a clear roadmap and a transparent leaderboard. There is uncertainty about the remaining tokens held.

We will keep you posted and updated on this and any cryptocurrency we feature on a regular basis.

Next cryptocurrency in rotation:
Syscoin

Very interesting. Something to keep watch for. I like the fact they have a system to destroy their coins.

Yeah they seem to be transparent about their destruction reports. However I would like to see more in-depth detail about their trading. Be sure to keep an eye for my next upcoming articles. I will be releasing a YouTube video and article about a different crypto every weekday. Have a very nice day