Crypto Escapades Part 8 - What is Cardano/ADA?

On today's escapade inside crypto we will feature Cardano also known as ADA.

Cardano is a decentralized public blockchain and cryptocurrency with a focus on scientific philosophy and a research-first driven approach.
Cardano is developing a smart contract platform.
The platform is constructed by layers which allows upgrades by the way of soft forks.
The open-source Cardano protocol has two layers.
A settlement layer for the cryptocurrency and a control layer for the smart contracts.

IOHK was approached by a group of Japanese business people interested in creating a blockchain. The group hired IOHK to build software.
The Japanese company Attain was enlisted to coordinate the sale.
Cardano Foundation handled oversight and auditing.

Crowdsale
The crowdsale ran from September 2015 to January 2017, raised $62 million and resulted in the sale of roughly 30 billion ADA.
Cardano launched after the first layer was released on September 29th of 2017.

Blockchain
Blockchain built from scratch in the functional programming language Haskell.
You can find their blockchain here. There are three organisations that are contributing to the development of Cardano. 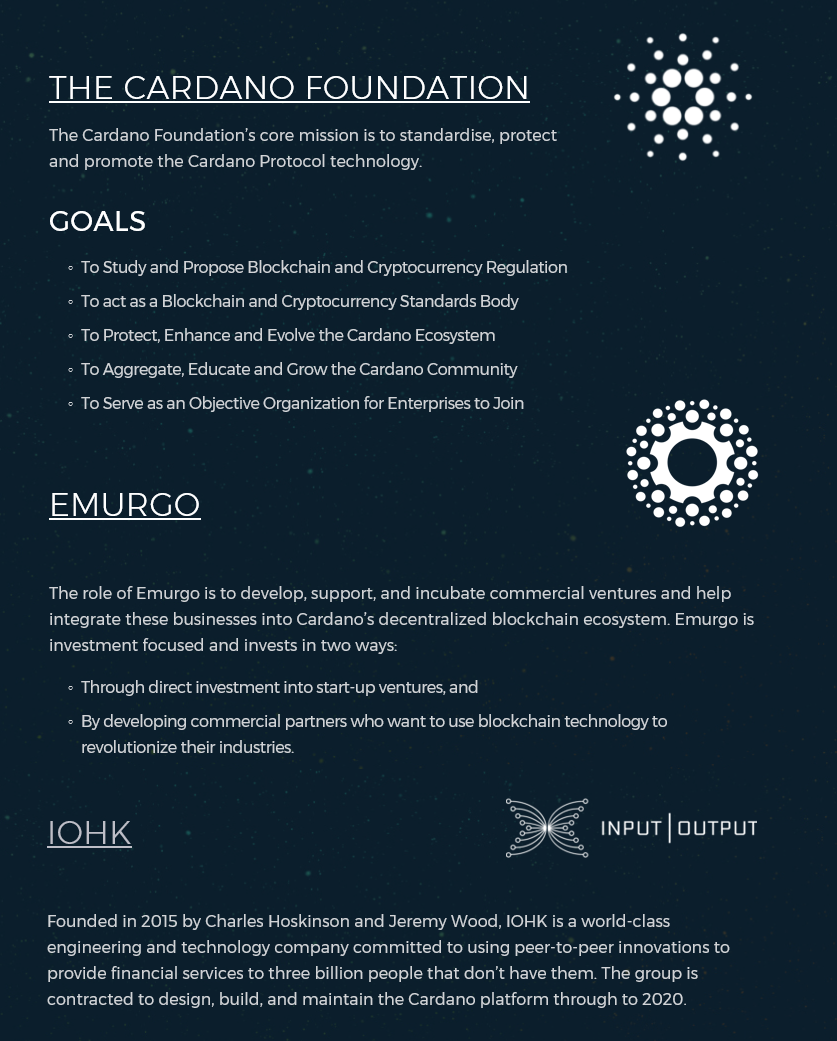 Charles Hoskinson is an early founder of Ethereum and left before the actual launch.

The development team consists of a large global collective of expert engineers and researchers. Leading experts in Aerospace and banking are devoted to the project and been brought to the field of cryptocurrencies.

Cardano is currently in Byron, the bootstrap phase, making improvements. Cardano will improve the design of Daedalus (wallet) and make integration through APIs to third parties simpler. 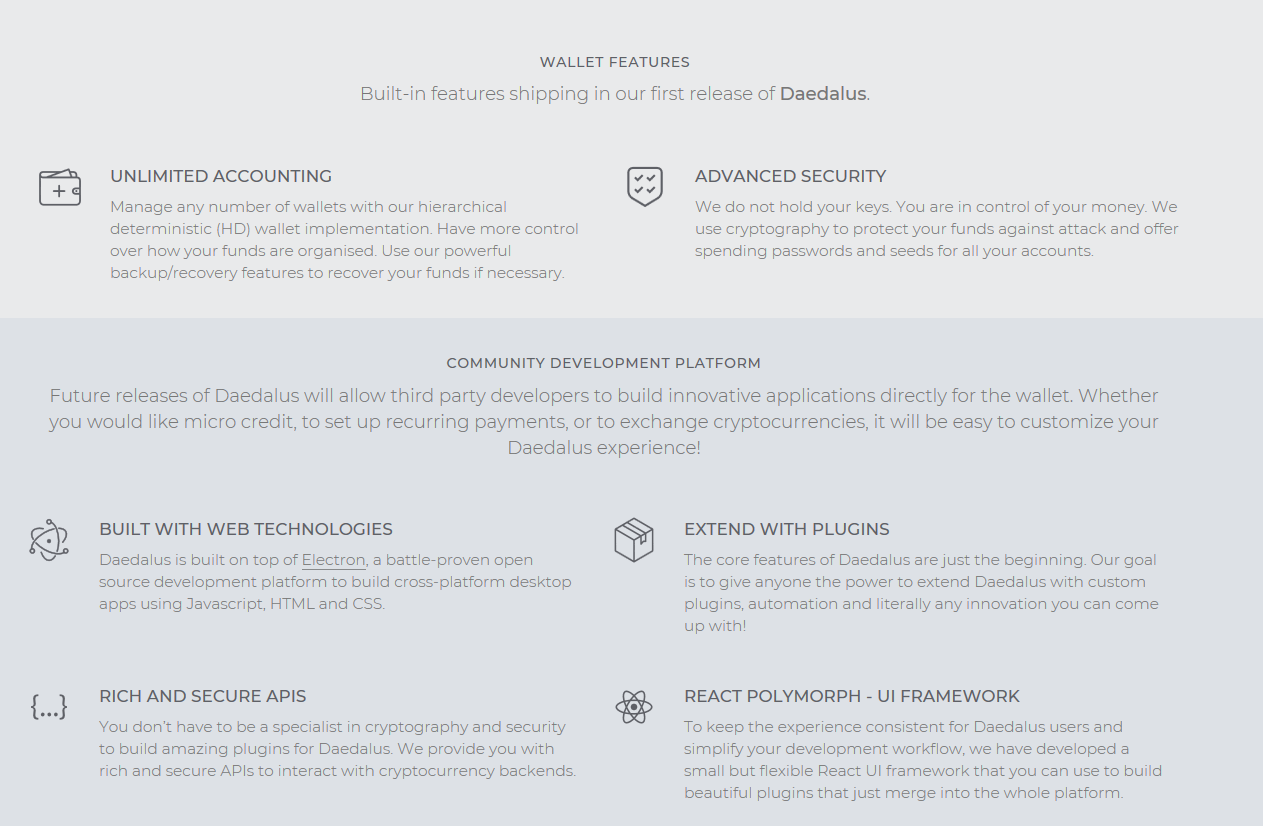 Cardano will move from Byron to Shelley, where the network becomes decentralised. Over the next 18 months work will be done that contributes to stability, interoperability and governance. 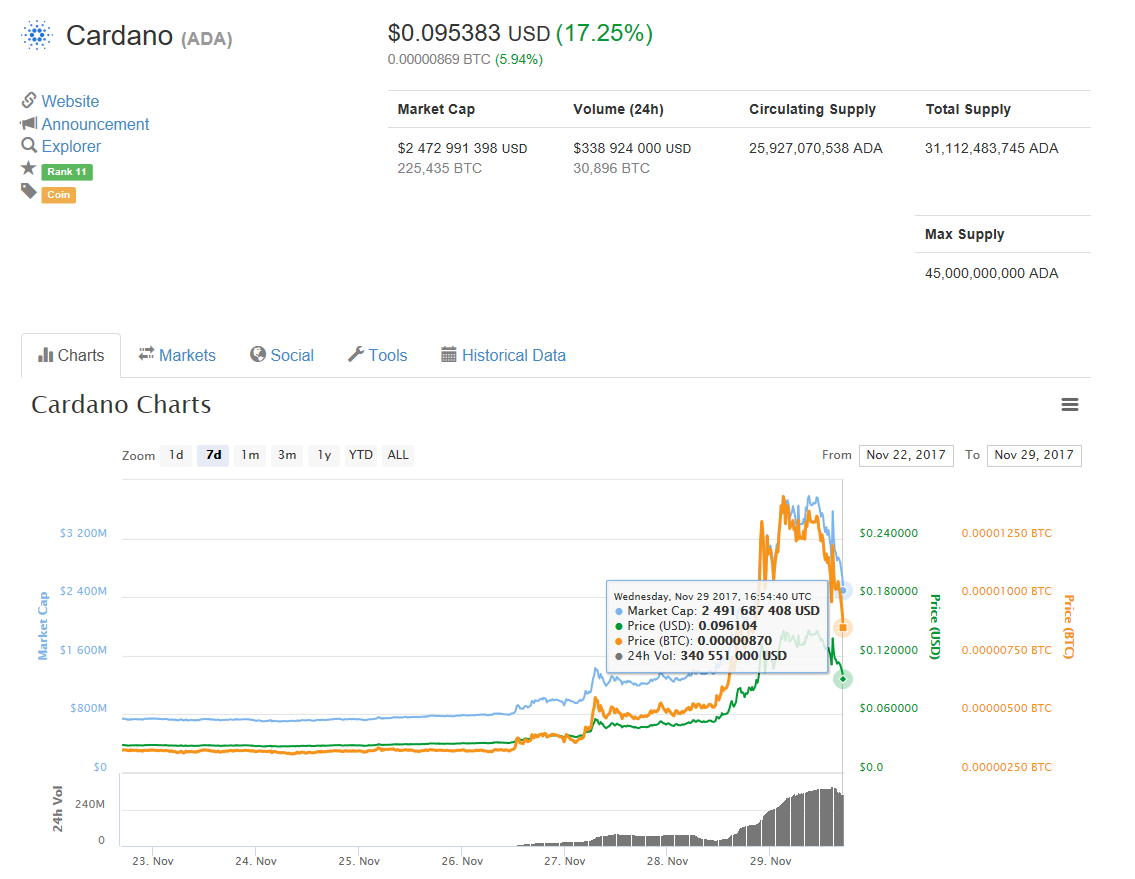 The weekly chart shows a huge increase in value from 350 satoshi to >1400 satoshi. After reaching it's ATH (all-time high) it declined heavily and is being traded around 900 satoshi.

They did not reply to my messages but they provide support here: 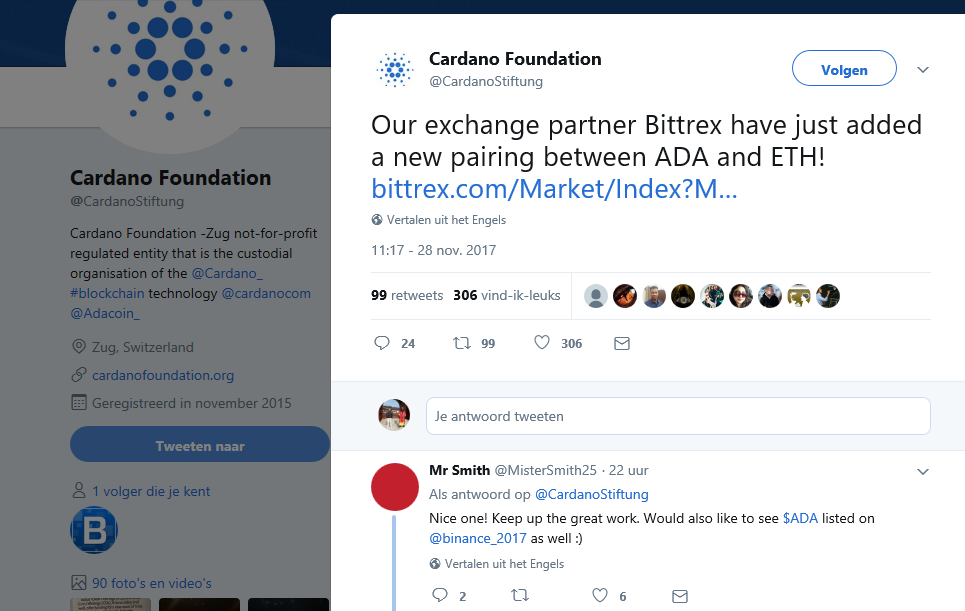 Cardano is at a very early stage but is already aiming towards being a top 10 traded cryptocurrency. In my opinion it's value is based on speculations, expectations, some positive releases and general buzz. They just recently released their wallet and that's the only thing Cardano really has to offer right now. There are many crypto's out there with a better working product but still they aren't as successful as Cardano.
This might be because of the professionalism their business organisation seems to have.
Everyone has high expactions if you have researchers, scientists and even an early founder of Ethereum behind the project, right?
I hope for them and everyone holding Cardano/ADA that they will keep up. They have grown exponentially, some might be riding in ADA lambo's already.

What is your opinion? Do you have your own ADA lambo?
We will keep you posted and updated on and any cryptocurrency we feature.

Next cryptocurrencies in this weeks rotation:
Decred

very good and interesting article! I believe this coin is a good investment and I am really looking forward to see the next steps!

thanks for your support! I will keep updating news around Cardano. Have a nice weekend

hey my friend, thanks for the support! 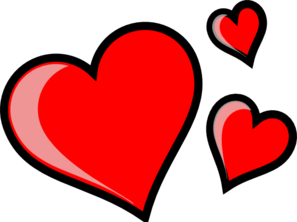 SteemiTag is an innovative program that helps users increase their gains in the curation rewards by voting on posts that are likely to get high payouts. It maximizes the chance of a user to be rewarded through an accurate selection algorithm that works 24/7 and eliminates "no rewards" problem for users with low Steem Power. You can participate in our program by clicking on this link and confirming your delegation. Your rewards will be sent to you in the form of weekly dividends. Thank you and keep up with your great work!
$0.00
1 vote
Reply