Crypto Escapades Part 13 - What is Komodo/KMD? Is it worth?

On today's escapade inside crypto we will feature Komodo.

Komodo is the official currency of SuperNET.
SuperNET is a decentralized organization that is developing open-source and decentralized tools for the cryptospace. 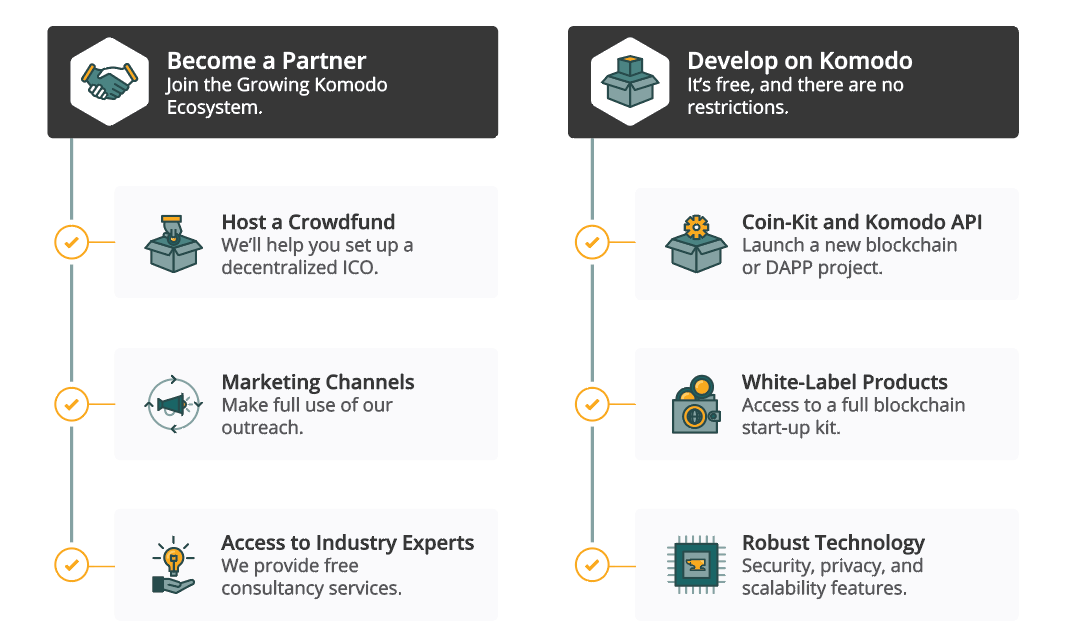 ICO ran from October 15th 2016 until November 20th 2016.
During this ICO, 2639 BTCs were raised.
100 million KMD were distributed in the ICO.
90 million went to investors and 10 million kept aside for marketing and development.

Komodo forked from Zcash and Zcash forked from bitcoin.
This means Komodo is protected by zero-knowledge proofs, users can make 100% untraceable transactions and it's secured by Bitcoin‘s petahash Proof of Work. The leaderboard consists of several other members such as advisors, ambassadors, administrators & marketeers.

Monaize will be Komodo's and the world's first decentralized ICO.

Monaize is an e-banking platform. dICO normally would run from November 10th of 2017 but has been postponed as it's wasn't fully guaranteed everything would run smoothly.

The Monaize crowdsale will still continue but there are technical issues such as the GUI for atomic swaps needing improvements.
Komodo is still fully developing BarterDex in order to launch Monaize. 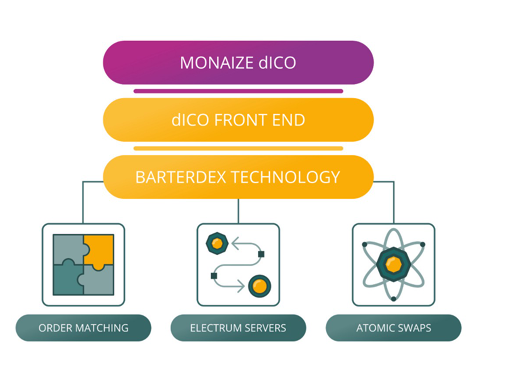 BarterDex is currently at beta release v0.7.0 and is Komodo's decentralized exchange. 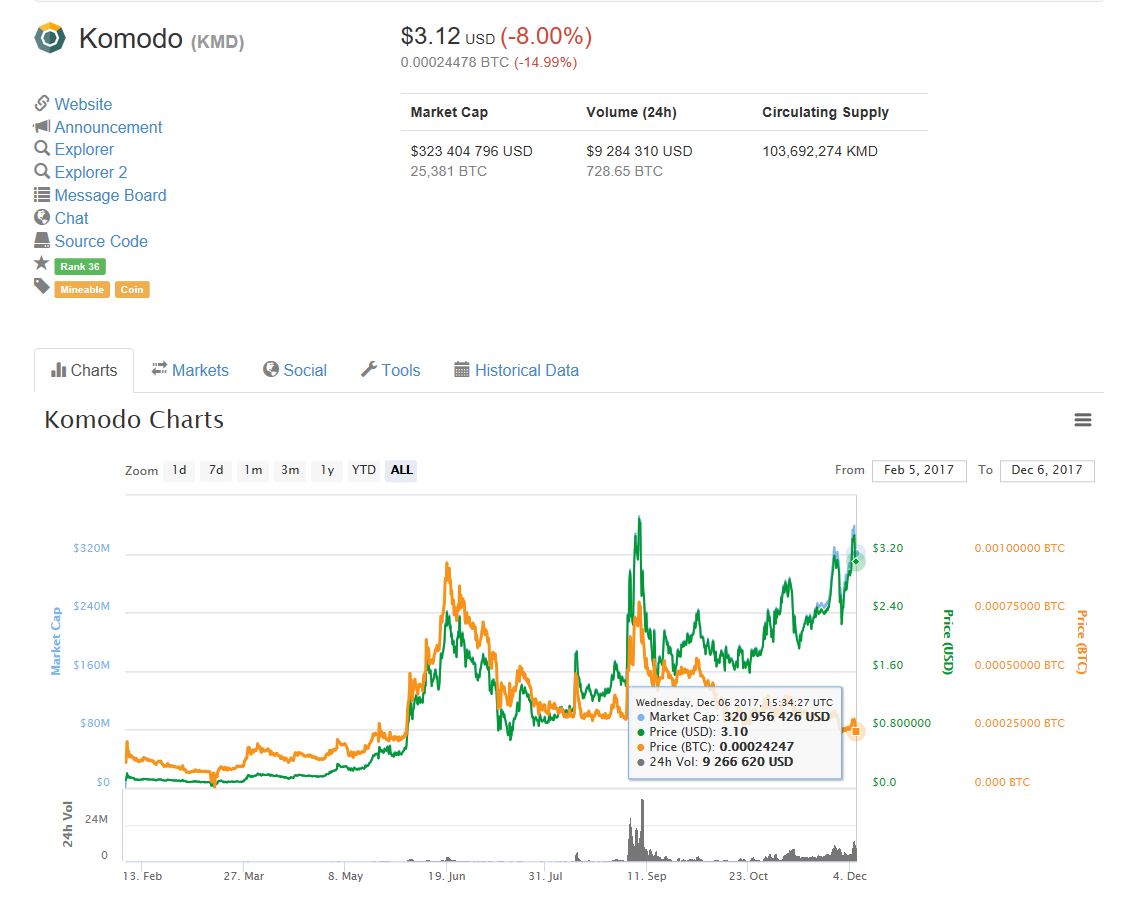 11 cents when Komodo launched and now over 3 USD. Talking about a return of investment!

I made an article about Syscoin before, if you're interested be sure to check it out.

Jumblr whitepaper now online. Jumblr allows the user to choose privacy or transparency all within a decentralized system without sending coins to the public blockchain. 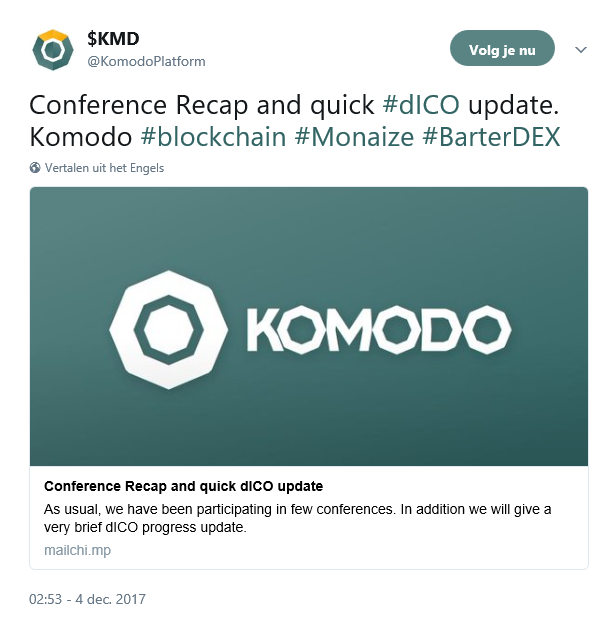 More information about conferences in Barcelona & Singapore.
They will announce a new dICO date real soon.

Komodo has outstanding privacy feature, partly because they forked of ZCash. But mostly because they upgraded it substantially (better security, better privacy).
On the plus side even more, their smart contract platform and decentralized exchange is in full progress and will be fully operational soon.
They are an all-in one cryptocurrency and they will develop a whole new ecosystem. The delayment of their dICO was unpleasant but necessary in order to run everything smooth.
Their thought process of patiently going for success rather than overrushing and failing miserably is only something to encourage.
In my opinion it's a matter of time before Komodo delivers.

Always invest at your own risk. Be informed, I can help you being updated.
What's your opinion on Komodo, do you think it's one of the most promising coins out there?
We will keep you posted and updated on and any cryptocurrency we feature on a regular basis.

@sunnyescapades I want to inform that your SBD is being stolen by @null
Search for your username on the page
https://steemit.com/@sunnyescapades/transfers

Hi, isn't that because I wanted to promote my post?

yup..sorry this message was not supposed for u.

Great project, I got my bag

I am holding and buying the dips. I think KMD will be a 50 dollar coin in a few months.