Hey guys, we're continuing the series here with the key additions and subtractions made on the Miami Dolphins. We will take a look at the major changes made to this roster and determine the fantasy implications for this team going forward. If you missed the last article on the Los Angeles Rams, you can check it out here. 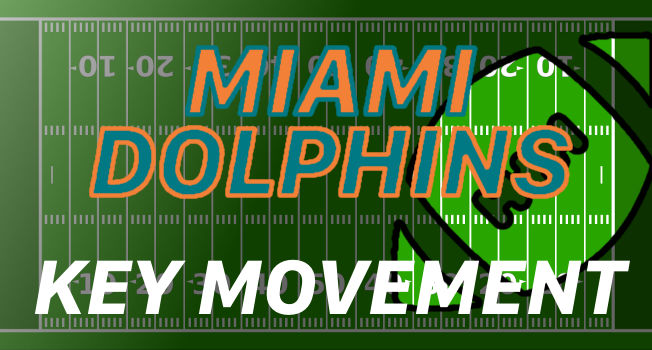 Alright, so it seems like the best addition is Julius Thomas, but I assure you... Anthony Fasano makes this offense better, and he makes Ajayi better. No, you won't draft or keep an eye on Fasano, but he was the best run blocking tight end in the entire league last year, and we all know the Dolphins are planning on running Ajayi into the ground so this is a good year to draft him. Ajayi is currently the RB9 as the 16th overall player. That's ahead of Jordan Howard, DeMarco Murray, and Devonta Freeman in some leagues. Shhhh! Don't reach too much, but I love Ajayi where he's going, I'd much rather have him than the other three I mentioned.

Yes, the Dolphins offensive line was horrendous at times last season, but they also had injury issues all season. They let Branden Albert go, who was the worst lineman on the team, and they brought in Ted Larsen and drafted a run blocking specialist in rookie Issac Asiata. It's nothing major, but it should be a good enough group to let the run game bust loose.

Going back to Julius Thomas, I think he's a player worth drafting late if you are looking for a sleeper at tight end. In Miami he is reunited with Adam Gase, whom he had his best years with in Denver. Of course, Ryan Tannehill is no Peyton Manning, but Gase and his staff think that Julius Thomas can be a "10 touchdown guy" in their offense. I don't typically like to rely on that sort of hype when making draft decisions, but in this case I think there is very little risk considering Thomas is the TE17 at 167th overall. Practically free, for a guy who has no competition for targets at tight end in an offense that desperately wants to utilize the tight end.

The bottom line: The biggest addition here is Fasano and the health of the offensive line. Fasano is a run blocking specialist at tight end, which helps Ajayi. This offense is pointing towards being extremely run heavy, so count Ajayi as one of the rare workhorse backs in the league. He can be taken confidently early in the second round, and if he falls to you later in the second don't hesitate to take him. While I wouldn't necessarily reach for Ajayi, I think of him as the 6th best running back available, right after David Johnson, Le'Veon Bell, Ezekiel Elliott, LeSean McCoy, and Melvin Gordon. Thomas is an experimental addition that could be a sleeper this season, he is worth a late round flyer.

Keep an eye on: Julius Thomas TE (if he goes undrafted)

If you enjoyed this article and you play fantasy football, you should definitely hit that follow button and smash that upvote button! Next up, I will be evaluating the key moves on the Minnesota Vikings.