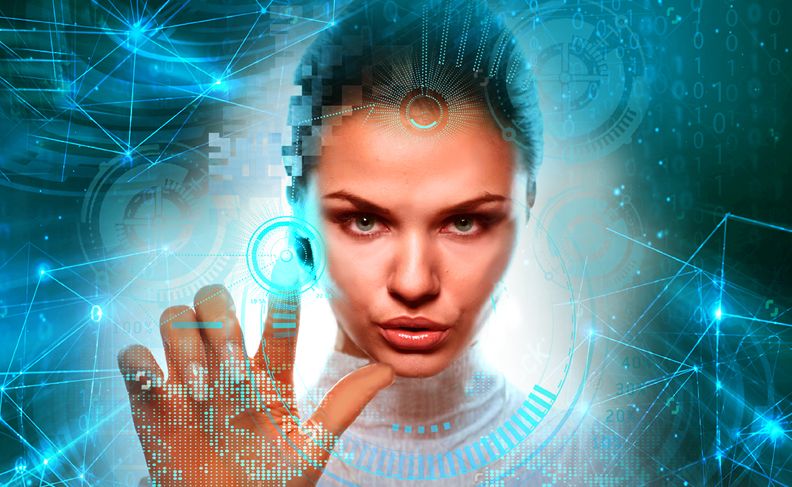 It’s 8 am and I’m standing in the middle of the airport terminal. I’m not a happy camper. Could sure use an espresso right now. Hello, hello, well I think my chip is offline again. Impatiently, I’m waiting for Phillips and Tillman to show up. I’m a real stickler for punctuality. My foot starts to tap, alright where are they? Did he scam me, was I wrong about him! I start thinking of the worst.

Oh God there he is! Okay, there’s lard ass Tillman right behind him, he looks almost human all cleaned up. I wonder what car wash Phillips used. What the – that sex-bot waitress! I could barely see her behind Tillman, that giant walking stack of-

“Good morning, so we meet again!” says that little bitch-bot mockingly.
“What the Hell is she doing here?!” letting loose with both barrels on Phillips.
He responds defensively, “She’s my lead climber, we’re going to need her to secure the safety lines for us, amazing speed and endurance. she’s an integral part of my team. Didn’t I mention that to you?”

“No you didn’t! Refresh my memory!”
“I did introduced you to her last night.”
“You had her on your lap while fondling her fake breast!”
“You’re jealous of my sex-bot aren’t you?”

“Of course not!”
“Then what’s the problem?”
“I just don’t like surprises.”
“Look, I rent her to the saloon for extra money. As well as use her on my climbing jobs.”

I turn around and circle back with steam still coming out of my ears, “Oh Phillips, alright, I need to get another ticket," just look at that smirk on her. As if she knows I’m interested in Phillips, there’s always a damn monkey wrench being thrown in my way. Oh well, just got to deal with it. I got the tickets and everyone boarded the plane. The flight was unbearable, I didn’t want to sit next to him because I didn’t want to get too chummy with him, I've decided it’s business only from now on. Look at her constantly glancing across the aisle at me. I know she’s just a bot, but these new ones are just a little too real.

Need to concentrate on my mission. Luckily, Dad had so much influence in the military, his best friend, Admiral Hobbs got me a multimillion dollar experimental sub to help me on my mission. He even provided me with training to operate it. This was all done in a secret facility. Originally the plan was to transport me by hyper train through the underground tunnel system that’s intercontinental.

But the cabal controls most of it. The admiral was very fortunate to not have been killed along with the rest of the chief of staff, which he is a member. He got in late that day only to find what was left of the Pentagon. He has gone into hiding with other surviving high ranking patriot military to work on a counter attack plan. which is what I’m now part of.

After we landed in Brazil. I’ll never forget the look on Phillips and Tillman’s faces when I showed the sub to them at the dock, Admiral Hobbs had a small crew pilot it to the hidden secret dock in Brazil. Anyway, once we hit the open seas I felt a little better. It was absolutely amazing viewing the ice sheets from underwater. The observatory bubble on the top of the sub allowed us to view everything from incredible depths. We easily avoided patrol boats as we glided to underwater caves revealed to us using ultrasound scanning data.

We were able to park the sub in one of the caves for safe keeping. I would of loved just being able to fly in, but I was told there were too many radar stations covering the air in the area. I even heard there were even ground to air missile batteries positioned there. We set trail through the cave tunnels that spiraled to the surface. It took us around 3 hours to reach the surface. That was a climb in itself. But I knew the worse was yet to come. At first, the climb went with out a hitch. The winds were down, the sky was clear. But before reached the top I had a event, to say the least.

Thank you @magik4283 for making a transfer to me for an upvote of 2.93% on this post! Half of your bid goes to @budgets which funds growth projects for Steem like our top 25 posts on Steem! The other half helps holders of Steem power earn about 60% APR on a delegation to me! For help, will you please visit https://jerrybanfield.com/contact/ because I check my discord server daily? To learn more about Steem, will you please use http://steem.guide/ because this URL forwards to my most recently updated complete Steem tutorial?