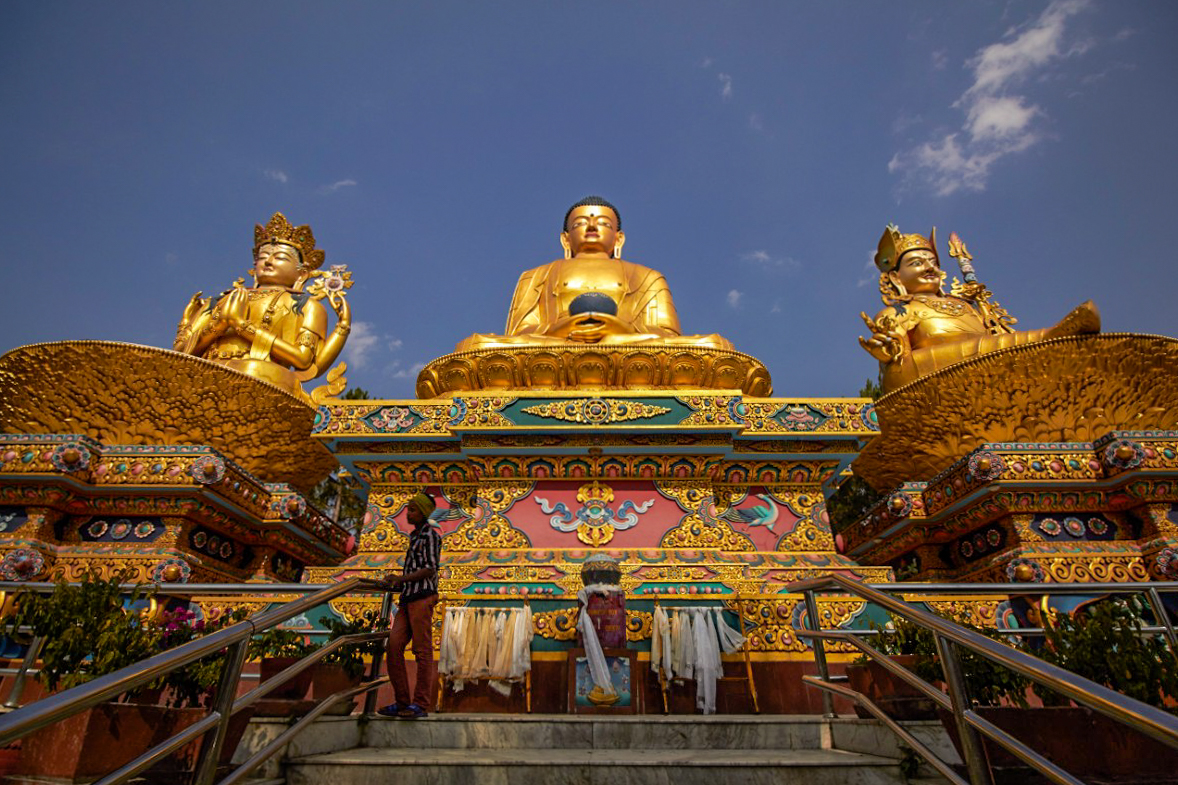 It was the last day for Roger and I, Olly had set off on the plane home already so Amir took us around the temples, it felt weird being a tourist for a day but you have to allow yourself these luxuries sometimes in spite of the work you might be doing or have done.

First we visited Swayambhunath Stupa Temples. The amazing #gold statues littered with makeshift tents after many of the structures had been damaged. 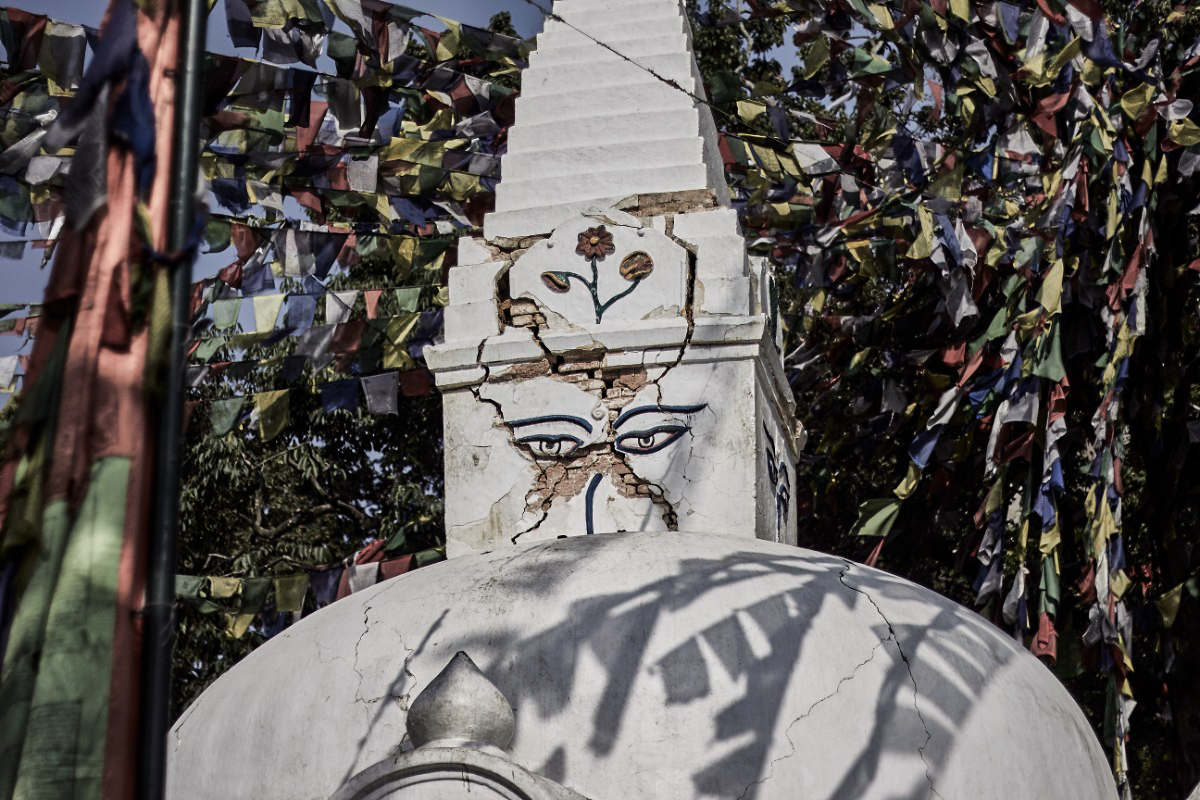 We were greeted by the monkeys too, whoever has been there before will have experienced a similar situation I’m sure, I’m a big fan of animals generally so of course I was fascinated! 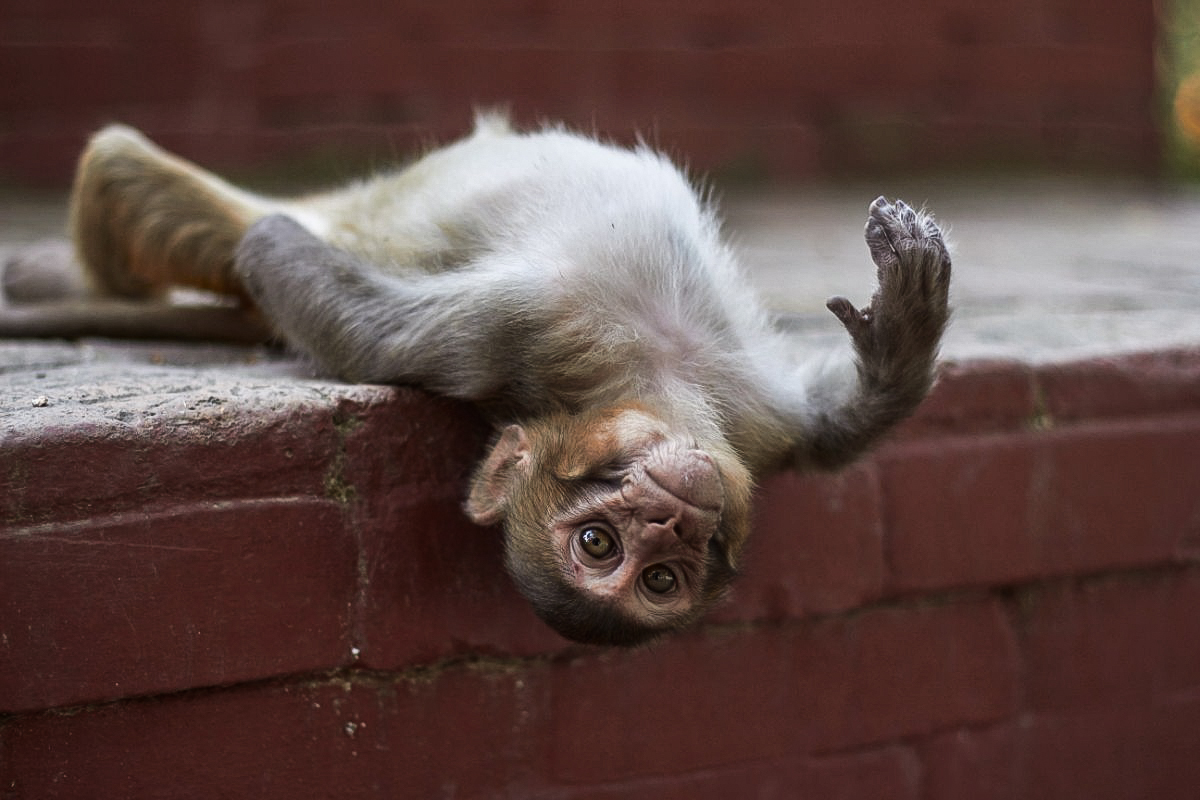 We then moved onto a Monastery just close by, I forget the name, but it had been damaged in the earthquakes too. After that we headed to the famous Durbur Temples. They had also been heavily damaged and were even being held up by wooden batons. Amir remained as always; kind, smiley, chatty. But it affected him, it was clear. He cares deeply for people, for his country. 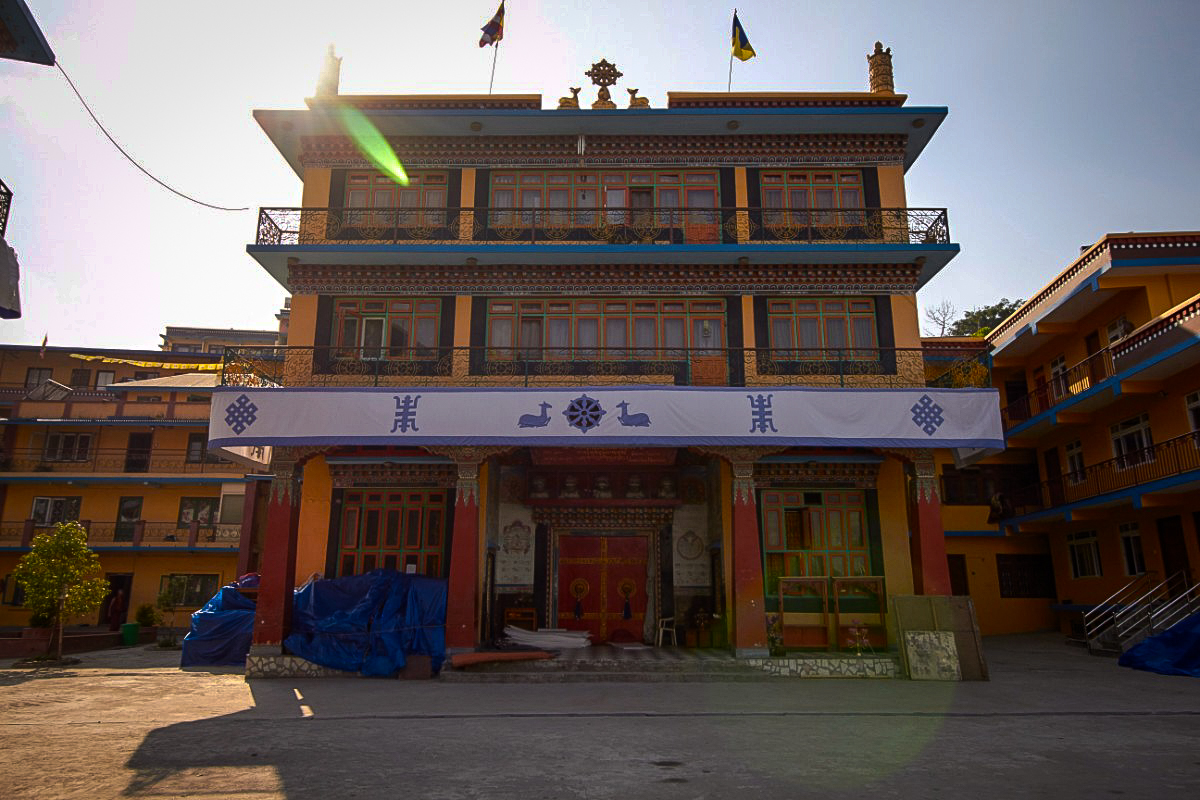 I couldn’t bring myself to take photos of the damage as the building were beautiful, so I just took this shot… 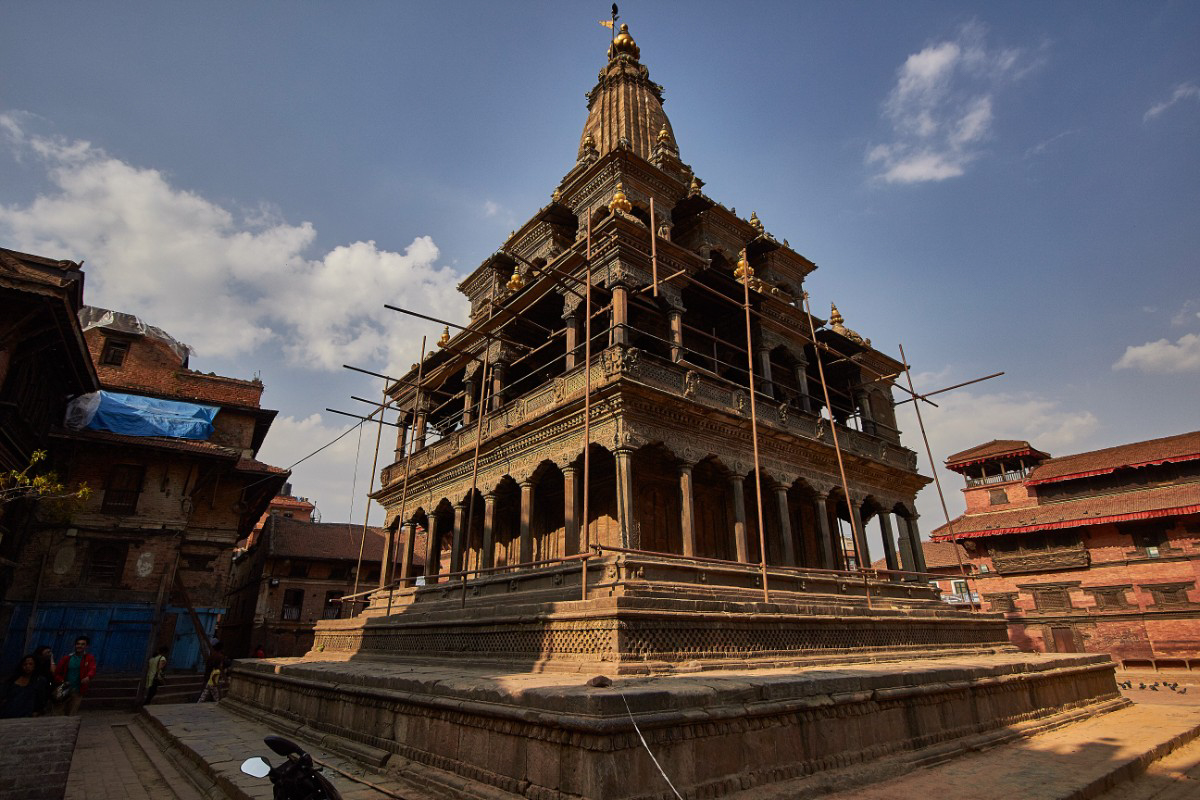 It’s been more than 2.5 years since the earthquakes. The country is still reeling from it, it’ll take many years and a lot of money to fix it. The people there couldn’t be more deserving of the help. Amir had an idea to 3D model the temples in cooperation with a University but himself couldn’t afford a good enough camera. I’d like to look into ways of supporting these kinds of projects and some longer term ones and have plans to launch a Steem powered initiative soon. Keep your eyes peeled if you are interested in finding out more and how you can help. 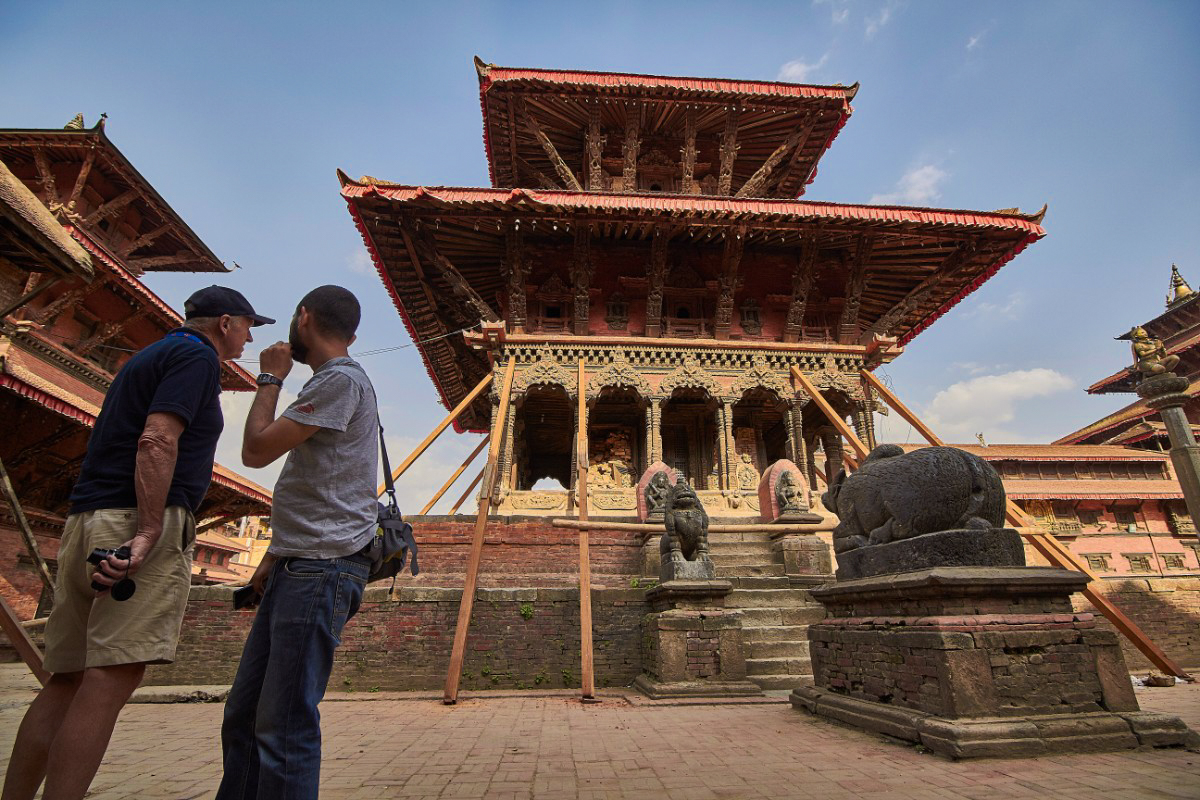 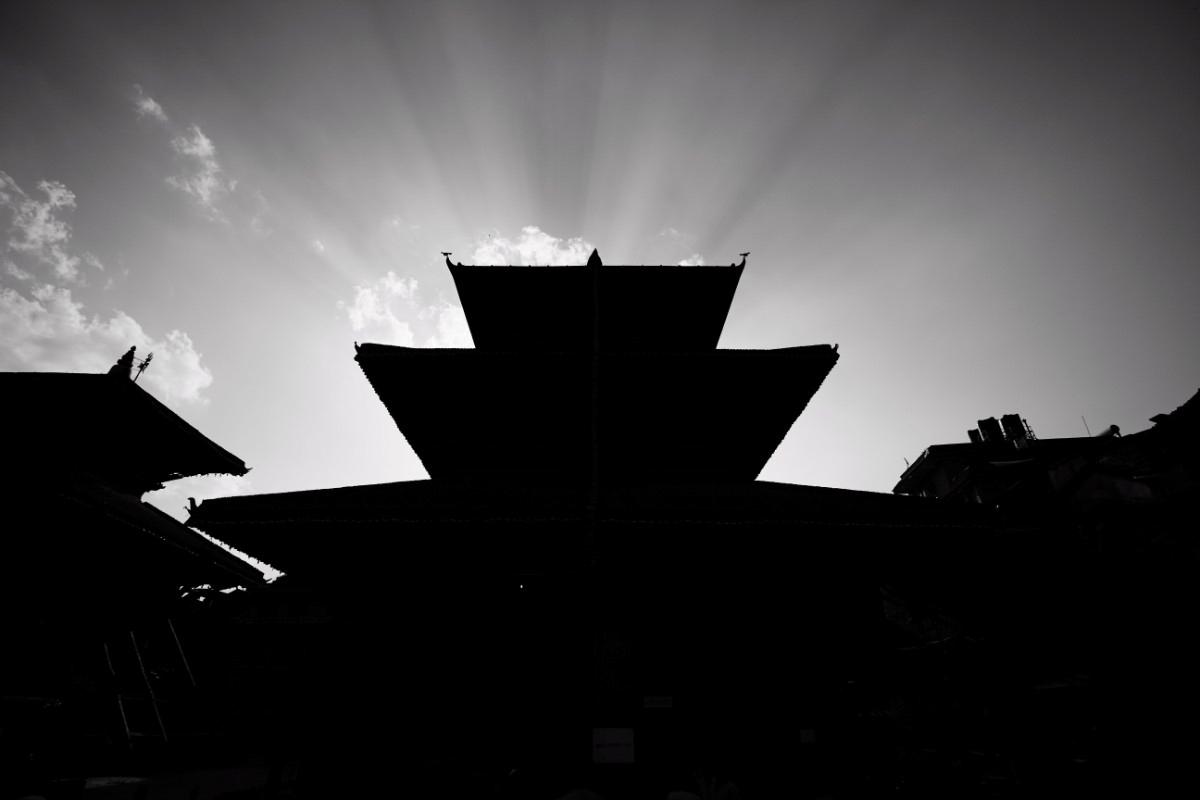 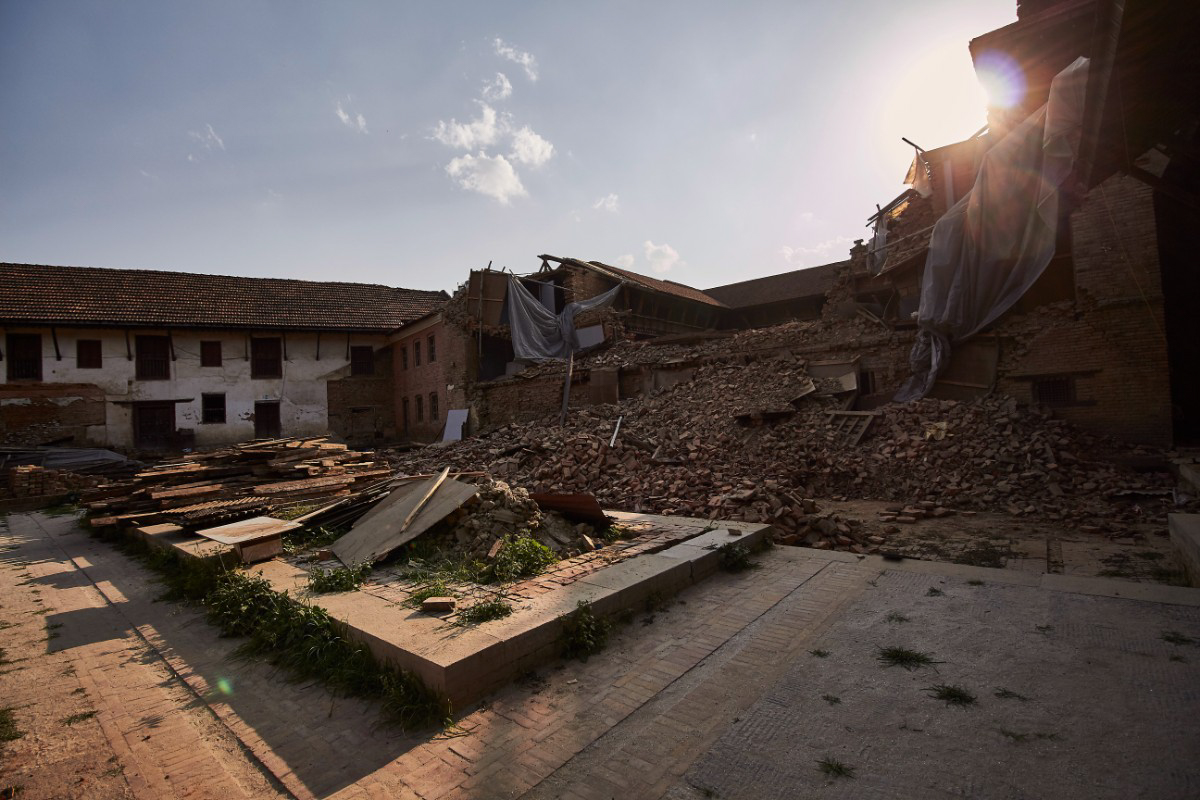 This is the last of the Nepal | Earthquake story posts. Thanks for reading, hopefully you guys have enjoyed reading, maybe even felt inspired to help others or to check out Nepal and support a cause. I’m not a writer, or a professional photographer for that matter, but we use what we have! 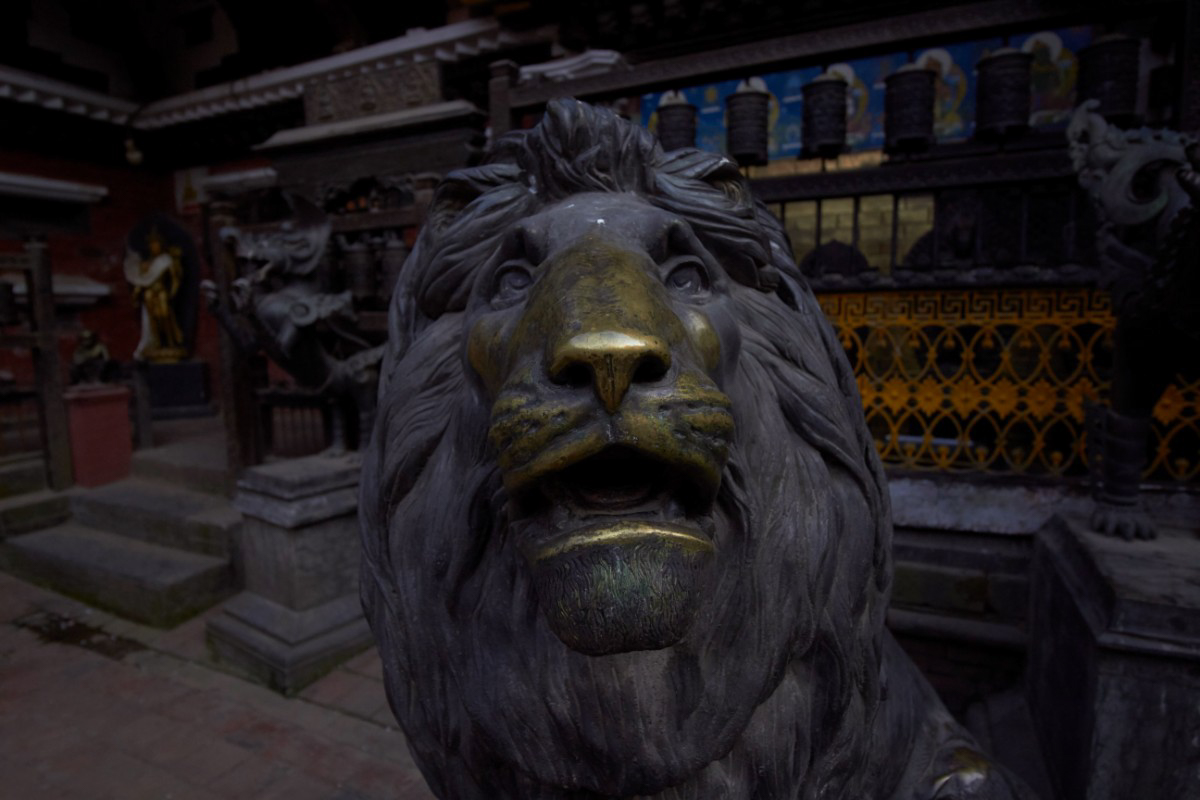 I learnt a lot from writing this, I’ve not written a story of this length before. I challenged myself to write at least two parts a week, at points I was ahead of that goal. But perhaps the story could be written as one and then split up. I need to give myself more time, whether the stories are written separately or written as one and then split up, and more time to review. More time and space, generally.

I aim for the stories to become more engaging, not just in how I articulate myself and describe situations themselves but also the way in which each part interacts and flows into the next. So yeah, more to come! The next set will revolve around my work with refugees in various locations.

You can find the other parts to this story below.

Loved the writing and the photography. Hope to see more from you!

Hi, new friends, I hoop you upvote and following me. The @OriginalWorks bot has determined this post by @sammarkjames to be original material and upvoted(1.5%) it!

hello i am from nepal . and i still remember the moment , the massive quake erupted . i was on the chair preparing for my exams . the quake went at about 12 noon of nepal and exam was at 2 pm . that was the most devasting moment nearly froze me. nepal is rising again . nepal is so beautiful to travel. you can visit so many beautiful places here . lord buddha , mount everest and so many things are from nepal . i am also posting the beautiful places of nepal. so people all around the globe will know about it. thank you so much for making people know about nepal

we are planning to visit the birth place of lord buddha ,this week . if you wanna join feel free to say . let us explore nepal together . we will be visiting lumbini palpa chitwan ,.

every part is beautiful . i loved them :)

ok i see your next post.
i invite you to my blog if you want

i read your post . i loved it. if you again visit nepal . lets have a cup of tea together . love from nepal . i wished to see you . let me offer you a cup of tea , please

Im sorry for this tragedy

I've never seen a more resilient people like those of Nepal. Despite all the hurdles they still remain very determined to rise again. These tragedies have also barely had any effect on their kindness.

Congratulations @sammarkjames, this post is the most rewarded post (based on pending payouts) in the last 12 hours written by a User account holder (accounts that hold between 0.1 and 1.0 Mega Vests). The total number of posts by User account holders during this period was 2586 and the total pending payments to posts in this category was $2378.79. To see the full list of highest paid posts across all accounts categories, click here.

Congratulations, your post received one of the top 10 most powerful upvotes in the last 12 hours. You received an upvote from @minnowbooster valued at 73.20 SBD, based on the pending payout at the time the data was extracted.

nice bro. I hoop you upvote and following me.

I loved your diary.👌👌
Greetings from Kathmandu.

I like all your pics. Please check my blog too. :)

Upvoted!
Great post! One day I'll visit Nepal too. I was thinking about doing some volunteer work after the earthquake happened... Fortunately didn't have the time. But still such a beautiful city!
Check @ryanne to see my latest travel post about Thailand :)

I love this! It looks a fun time.

Im recently back from Kathmandu and it's sad to see that the rebuilding still continues. I hope that the wonderful people of Nepal will finish their work rebuilding their lives soon.