…The shaking started pretty mild, like the rumbling you feel when train passes the station and you're stood on the platform. Except we were nowhere near a train track, and this train should have passed already. As it became more violent and I could hear increasingly loud screams from people in the street, the crack and bang of buildings buckling, things falling from the the top of them like missiles into the street. I realised it was another earthquake.

By the time it stopped I was sitting on the ground, I had resigned myself to the fact that the two buildings I was looking at would fall on me. I was down the side, between our accommodation and the two buildings, a pretty stupid place to be in hindsight. It was a cul-de-sac (French term for 'dead end'), many people had run down there to get away from the main street where buildings seemingly fight for headspace, not the best place to be either. Amir got the 4x4s and we got out to an open area where people were congregating. Everyone was pretty scared, nervously chatting and laughing, or trying to call loved ones although the networks were jammed or down. They had been through this just weeks before, the death, the destruction, the panic. There had been regular aftershocks before, but they were short and manageable. This was big. It turned out to be some 7.3M (perhaps higher, reports vary). Having never experienced an earthquake or as the media referred to it, an 'aftershock', I would come to realise the strength of what we experienced that day and what I'd personally call an aftershock in comparison, as we felt them almost daily for the following weeks that we stayed. They rumbles, buildings can fall, but they don't last as long or feel the same in the way they shift.

We stayed there for an hour or so and then headed into the centre to assess the damages. The Spanish medical team had not yet arrived so we were just heading in to see if we could lend any muscle, although we had a doctor with us if we encountered any emergencies.

The roads were cordoned off with military and police keeping guard however with our face masks on, fluorescent jackets and helmets, we were allowed through so I managed to take a few pictures. The buildings were ruined, either reduced to rubble or as good as ruined - snapped from their foundations. The military and police were searching the debris looking for survivors, their dogs darting from area to area, noses to the ground. 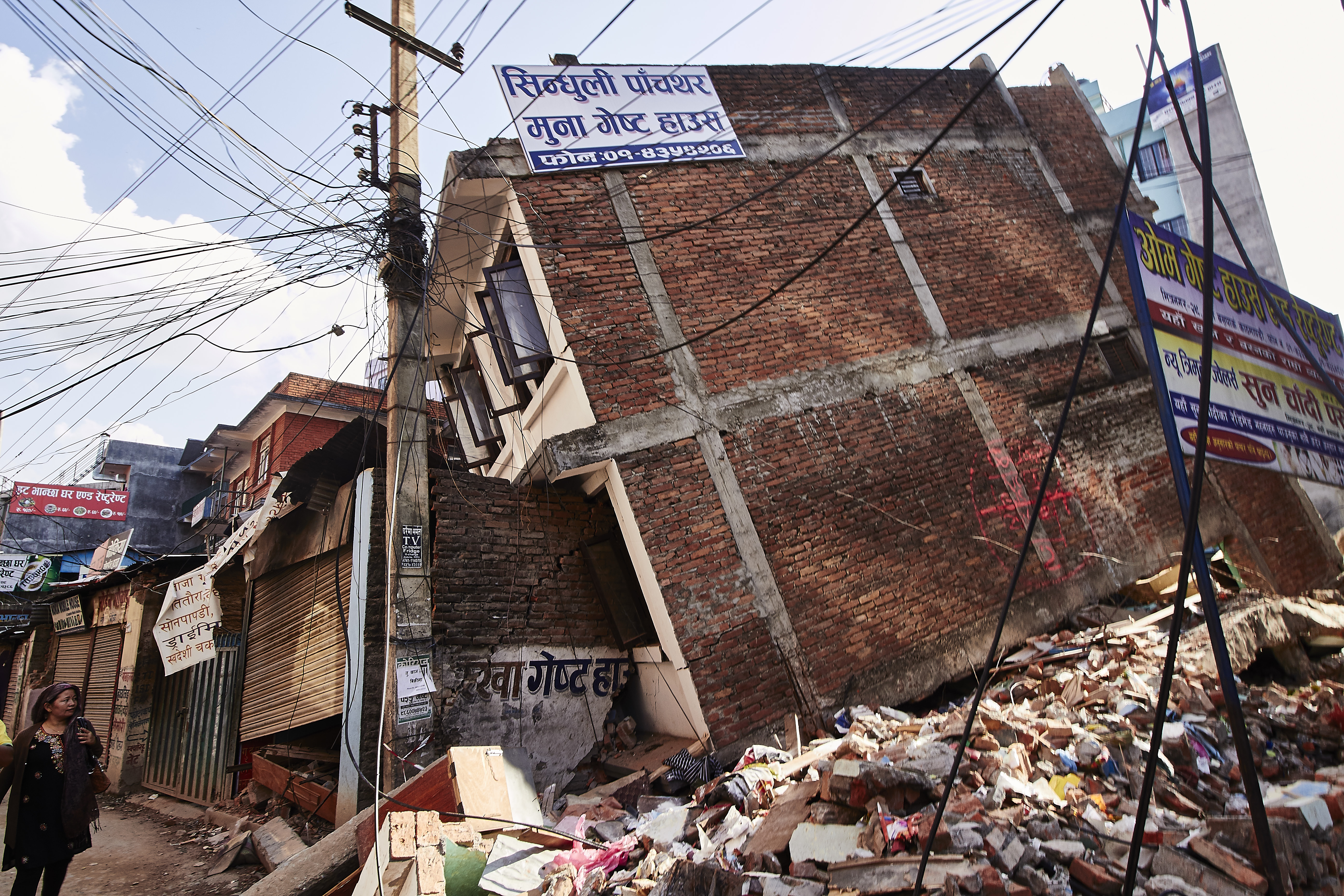 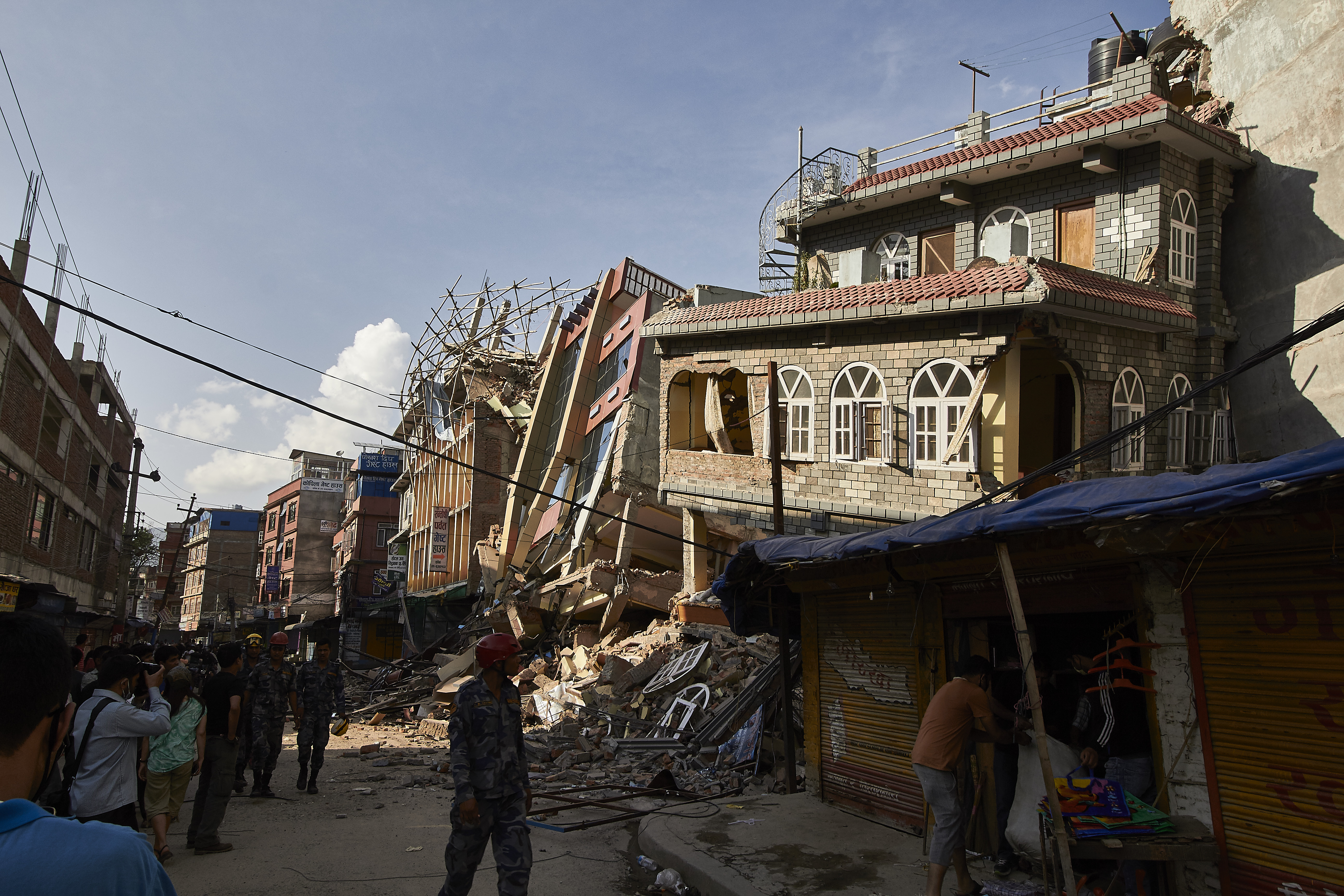 We then headed back to the busy part of town, the area where we were staying, which was actually OK. Maybe because all the buildings are so tightly packed together they held each other up! In the spread out areas, things had really come down. We needed to find a new place to stay, some food and figure out the plan for the next couple of days. This would definitely involve us heading to the epicentre of the quake, but Amir wanted us to visit a couple of orphanages which had suffered damage first. The Spanish medics would also be arriving the next day with all their equipment and that would need to be unloaded and reloaded into the 4x4s before we set of, and the drive there would take 8hrs. We were keen not to lose any time…

More about the charity here

sorry for my slow response - just been through tropical storm Nate and the services were down for a while. catching up now at last. Thanks for the shout out. Wow - the pictures are extraordinary and that is such an interesting observation that the tighter knit streets hold each other up in such a situation.! That's probably of some consolation for people to read who live in built up areas where earthquakes occur. haha
Awesome post, thanks. I am looking forward to the next.
Have a beautiful day. Hope all is well and your lives can be back to normal soon, be well and stay positive.

This post has received a 6.93 % upvote from @booster thanks to: @sammarkjames.

I hope the rescue efforts and rebuilding after such a tragedy go well. Heart goes out to all the people of Nepal