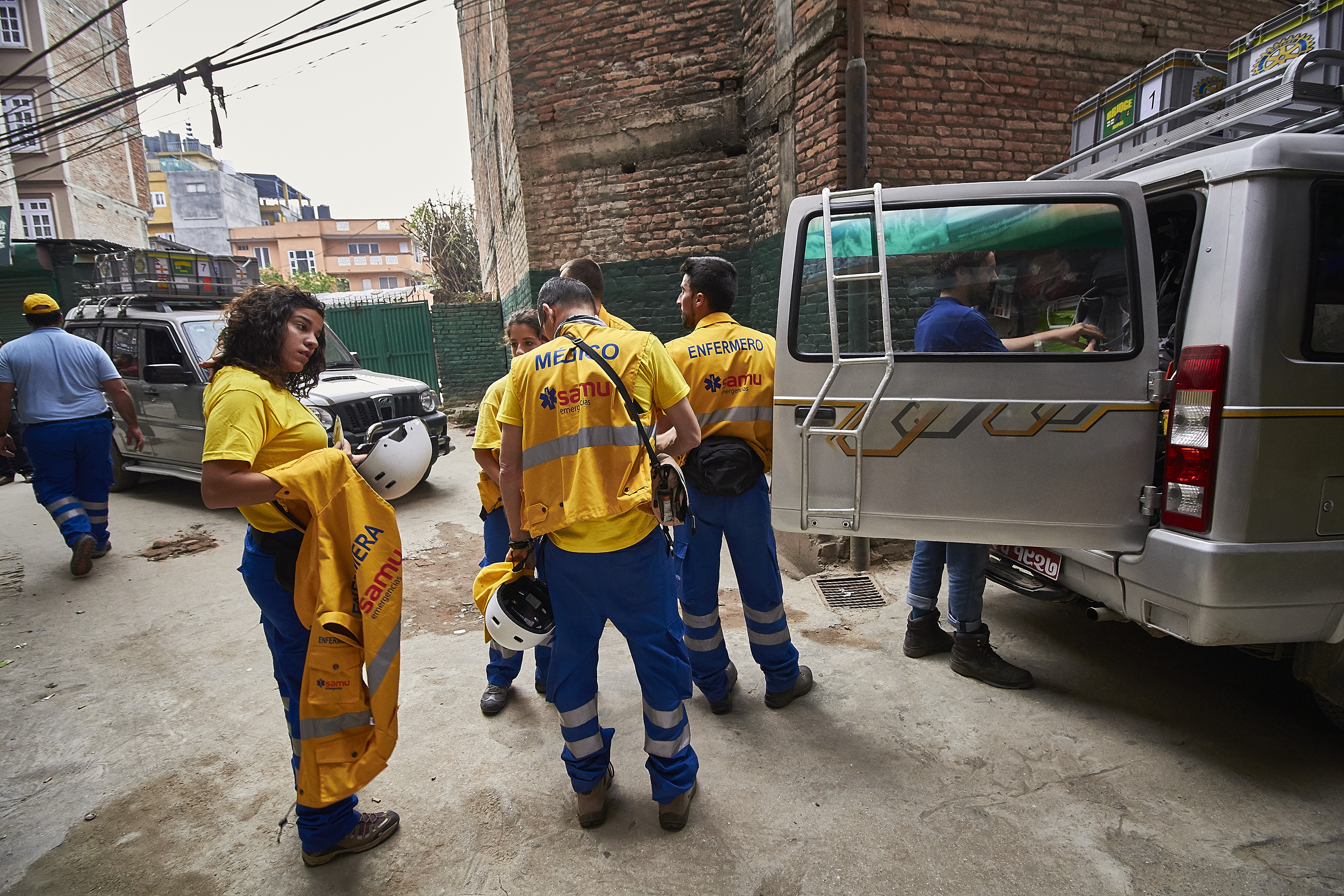 Morning came, that night we didn’t experience any further aftershocks - we were three days in at this point, so we hadn’t had enough time to get a vibe of how regular the aftershocks would be, or how intense. Also, for some reason those three days were fairly calm after the big shake.

We woke early and set about packing the vehicles straight away and we packed them to the hilt with both inside and rooftop! Amir had organised three 4x4s to carry our team of 11, plus himself and of course the drivers - it was a comfortable fit you could say… I was pretty glad to be leaving Thamel, I think we all were, it was much nicer to be out of the enclosed streets, or at least so I thought! Amir said it’d be about an 8hr journey factoring in stops and slow going due to the road conditions. There’s one road which leads across the mountain range, if there’s a landslide or large rocks have fallen then it would be hard or even impossible to get around and no way of knowing in advance if anyone had been up with heavy machinery to clear it either! 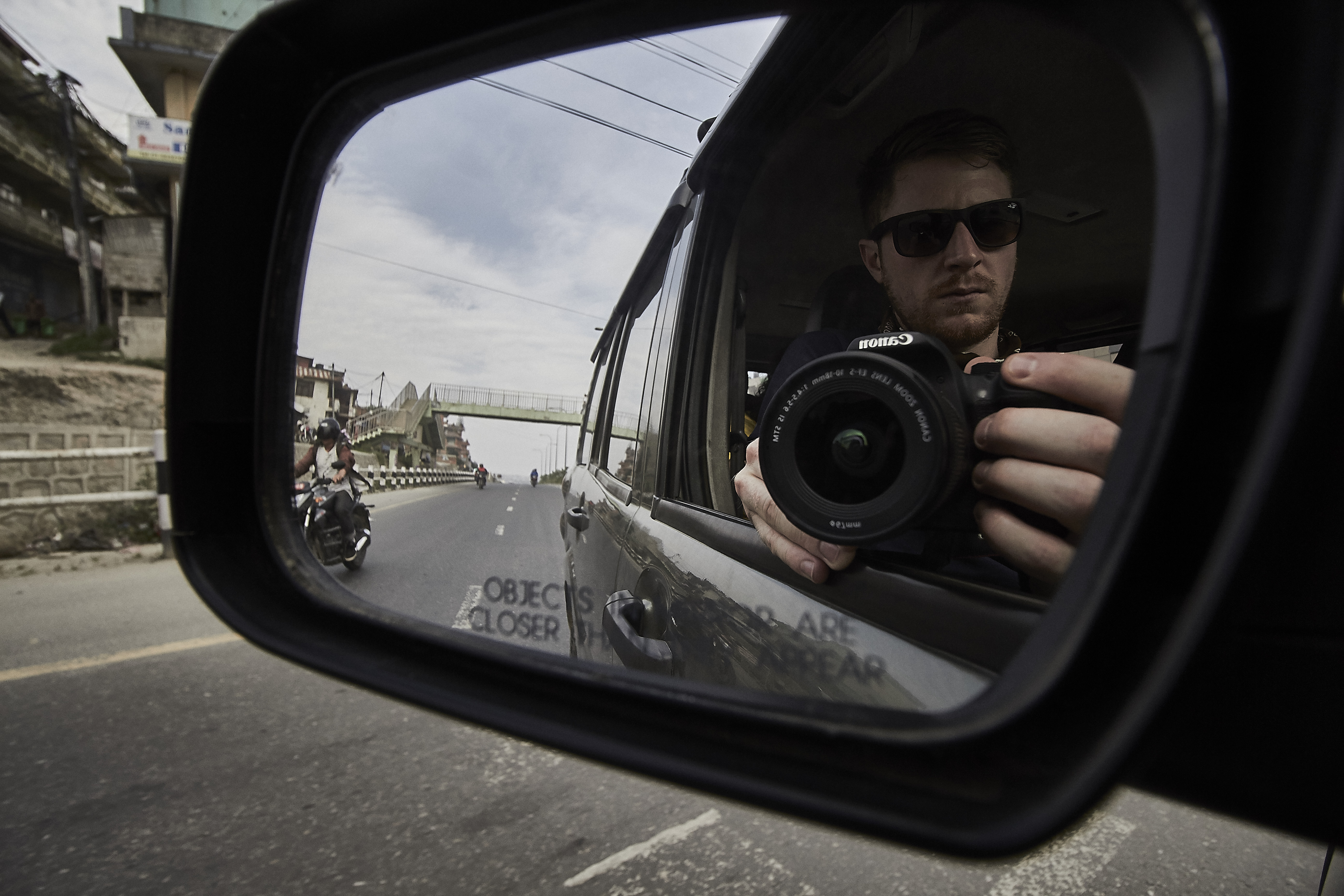 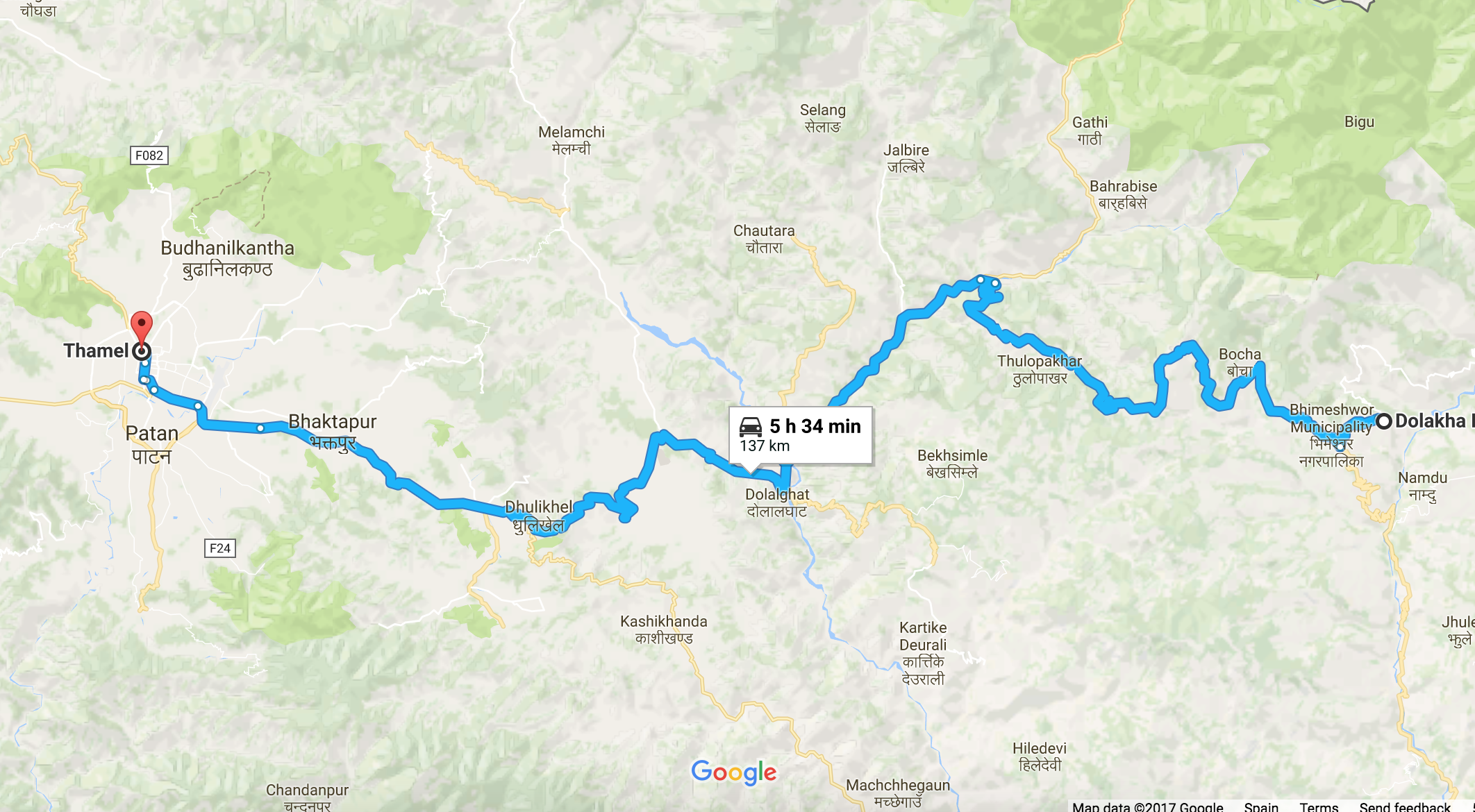 We passed through many villages some heavily damaged, some completely ruined. The people were working already, collecting materials to start rebuilding…others were carrying on normal life, as you must, walking down the mountain roads to collect crops to bring them back up. It’s a hard way to live, without the earthquake causing shit. What really got me was the people, it continues to remain in my mind the more I travel, the more I try to help people, the more I realise it. They would wave, smiling while standing in the ruins of their homes, they’d point at my camera and encourage me to take pictures or invite us in for tea and food. They had nothing left, it was truly humbling. 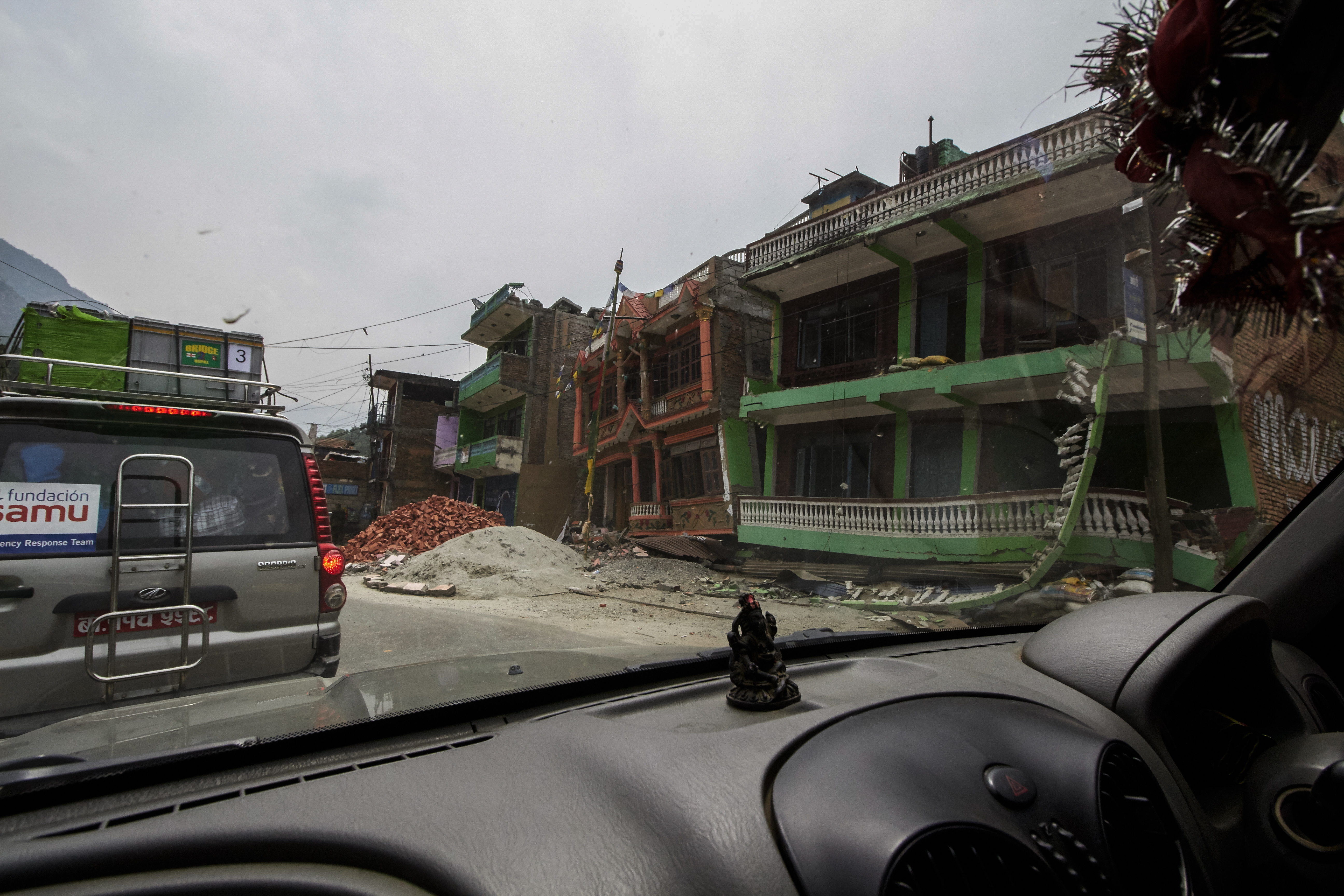 "Tents" handed out by the Government

Next we passed through the rock falls I spoke earlier about, helmets were nervously placed on heads, it might be fine, there might be an aftershock and a boulder the size of the bonnets of our 4x4s might come down on top of us.

We kept going, keeping each vehicle in sight, but not too close in case something did fall, that way it’s just one vehicle worth of people getting maimed or killed rather than two…makes sense but still nerve racking all the same. 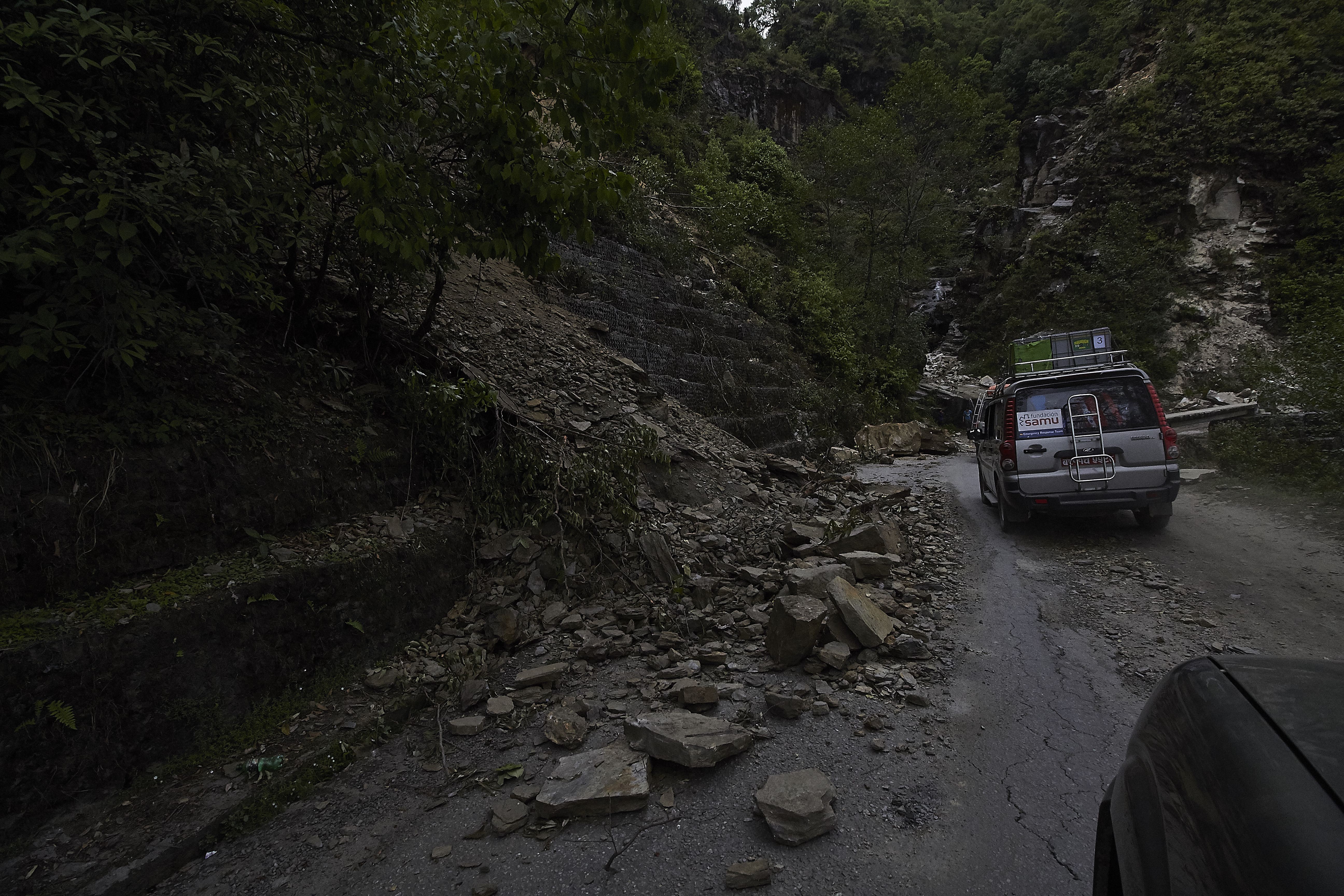 Finally we made it to our destination - Dolakha Bazaar. A small town part of the Dolakha region and part of the epicentre of the Earthquake. Amir spoke with the locals and they showed us to an area where we could setup base camp. The children appeared, excitedly chattering with each other and pulling faces at me. The light was beginning to fade so we put up our tents under a basic shelter with a corrugated metal roof. They also brought us a bunch of chairs and even a table, it was so nice. A kind man called Jimmy came to introduce himself, he said that he wanted to help us in any way possible. He was wearing an amazing red suit (which turned out to be his wedding suit!). 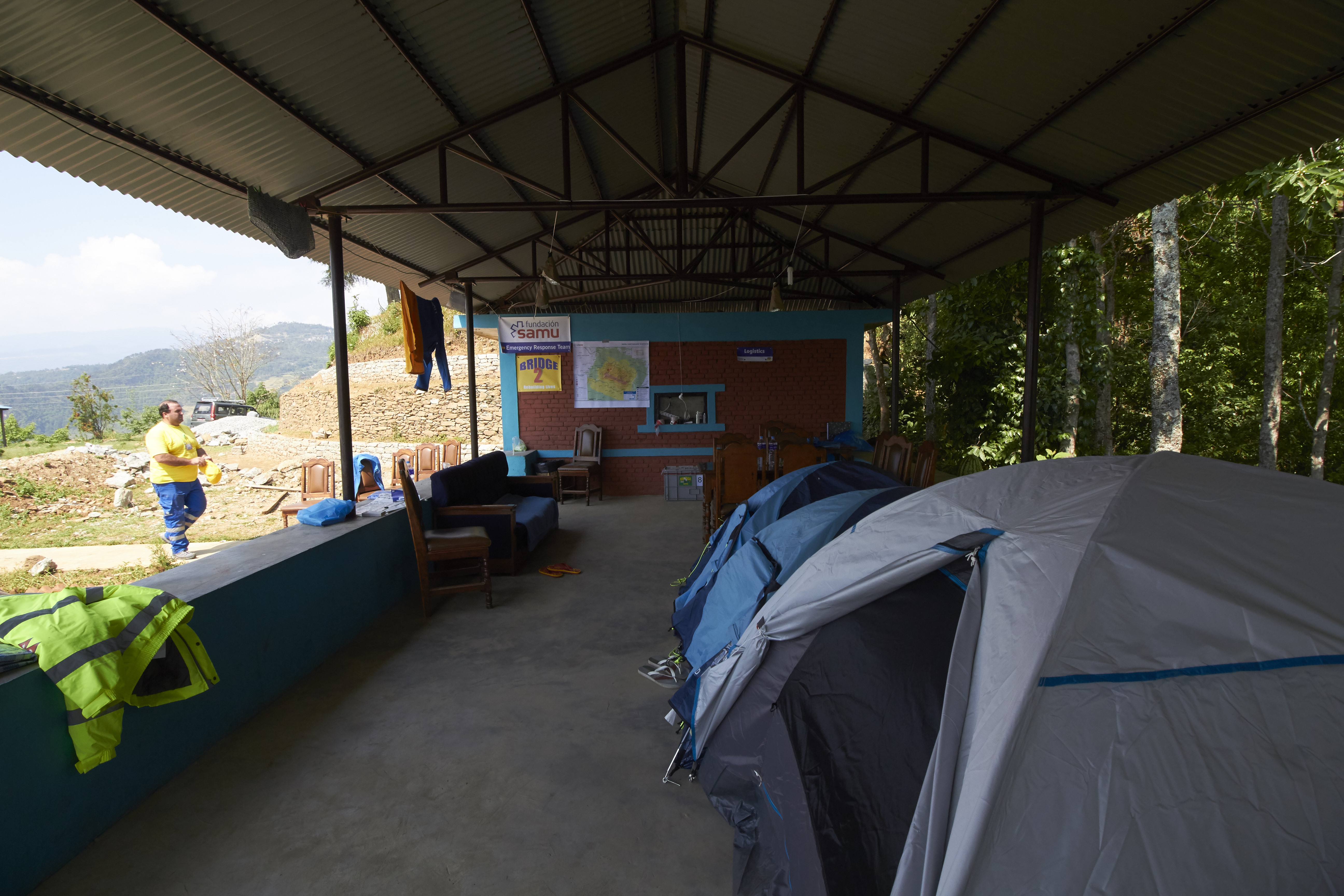 This is actually the morning after but it shows our setup! 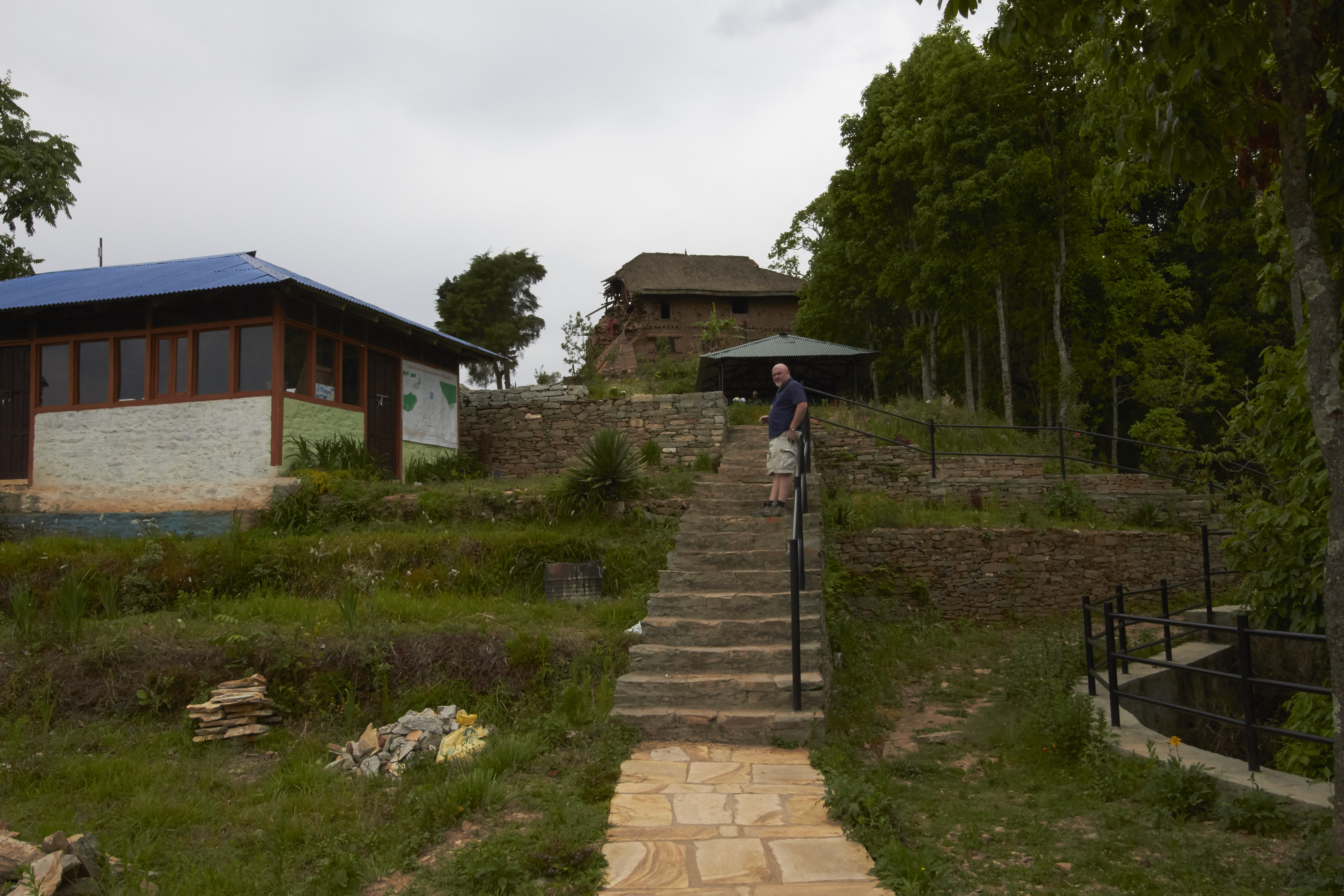 The structure on the left would be our medical clinic Views over to Gaurishankar mountain range 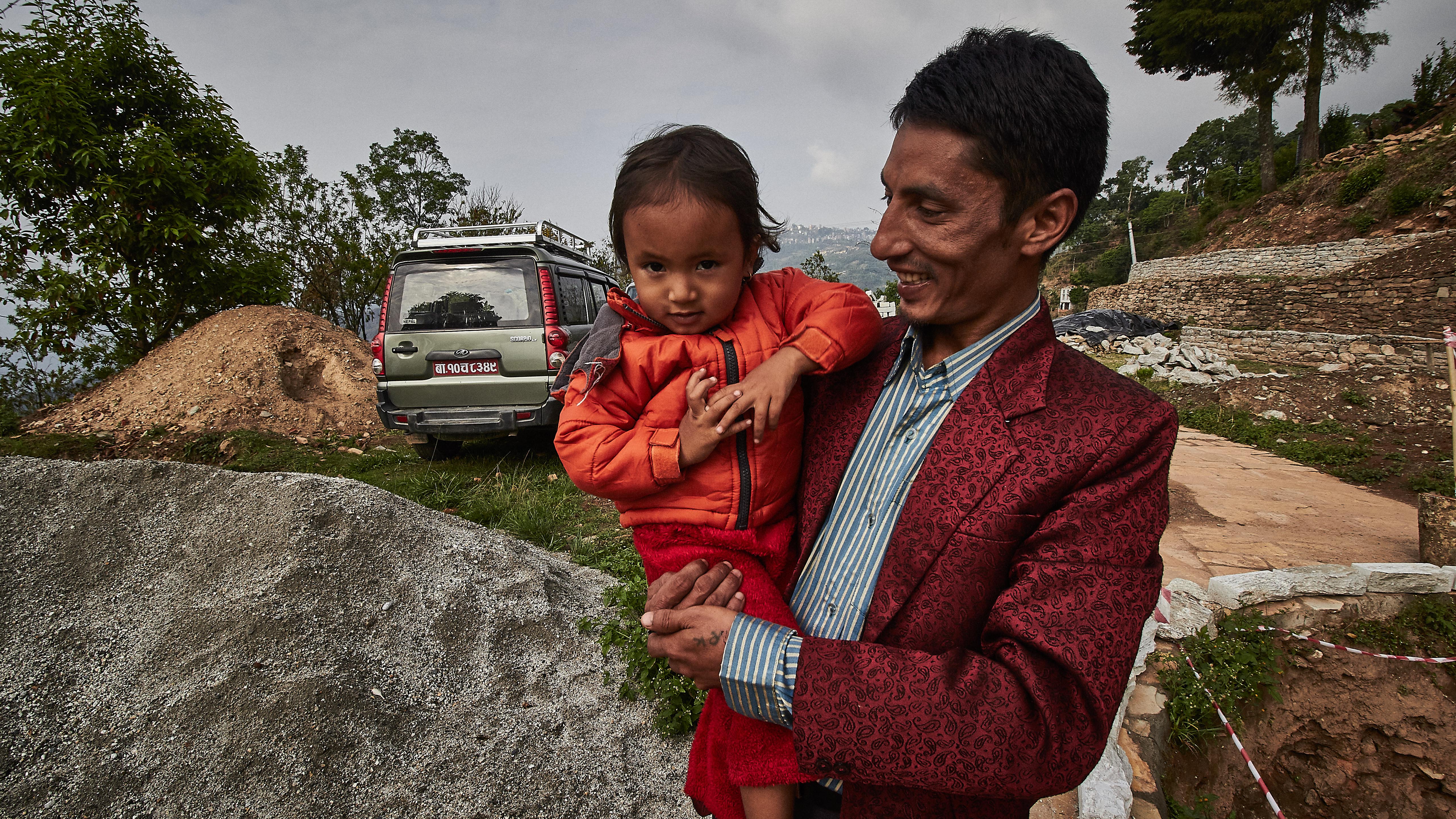 Jimmy with his kid

Camp was setup, everyone was bushed. Dave, one of our volunteers, set to work creating dinner for the team. He’s a great chef but there wasn’t much to work with! He got the kids peeling garlic and found some Ocra to add to some other vegetables we had with us. It wasn’t much but it was welcomed by hungry mouths. We settled into our tents to get some sleep before the next day. A lot on everyone’s minds, much to do! 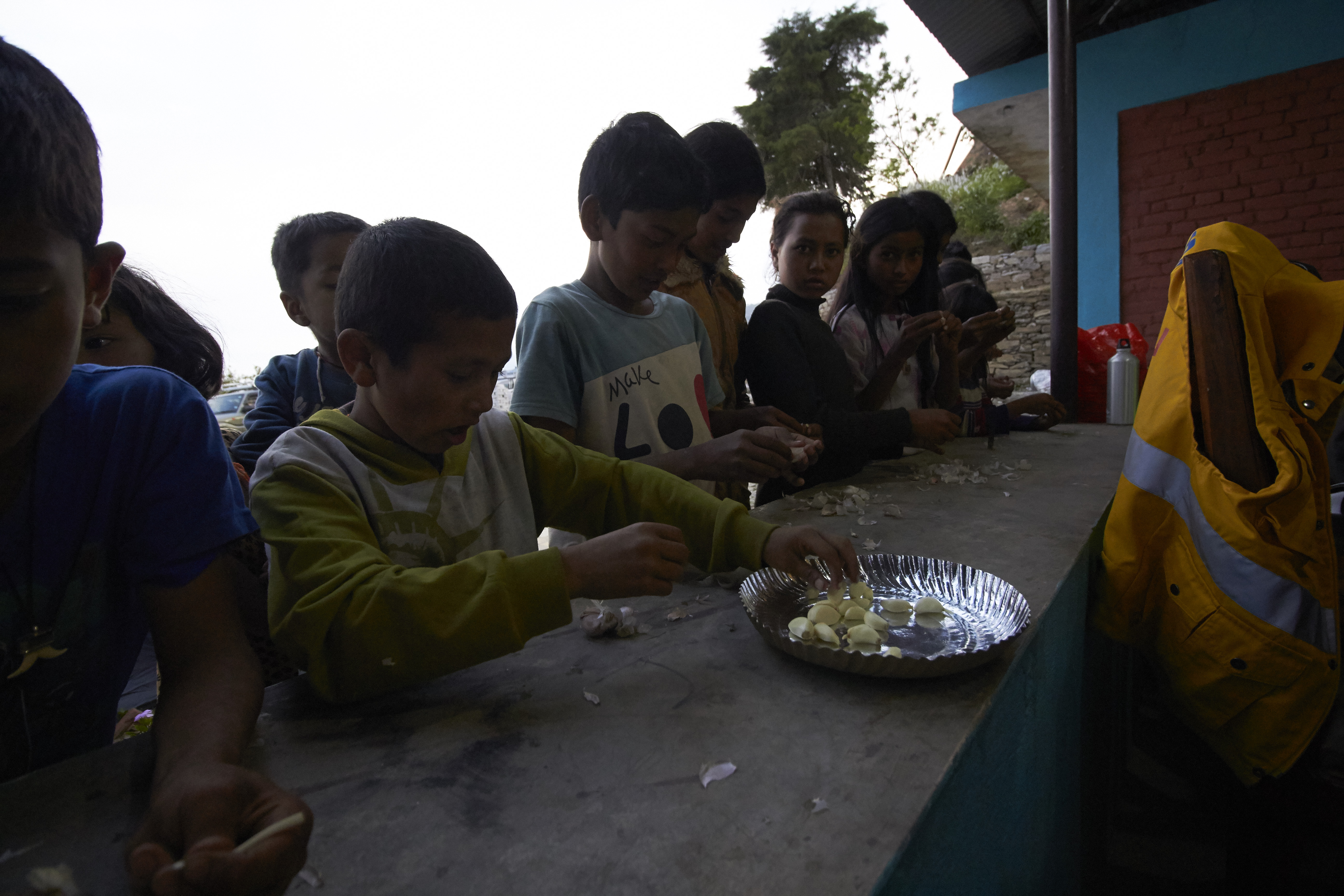 oh man, such story ! i enjoyed to read all the parts

This wonderful post has received a bellyrub 23.82 % upvote from @bellyrub thanks to this cool cat: @sammarkjames. My pops @zeartul is one of your top steemit witness, if you like my bellyrubs please go vote for him, if you love what he is doing vote for this comment as well.

This post has received a 50.49 % upvote from @boomerang thanks to: @sammarkjames