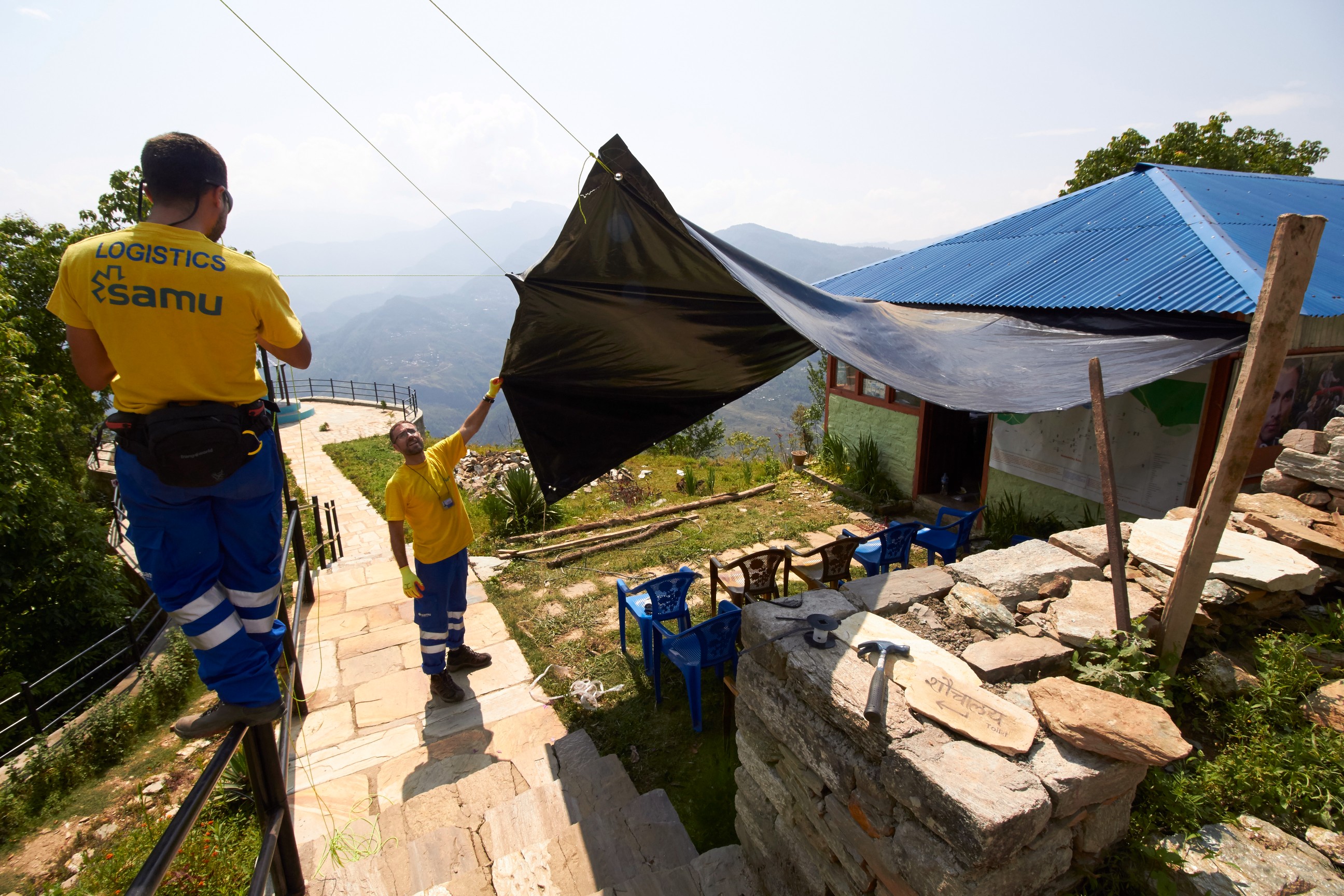 Rigging up the shade for the queue

We woke in the morning at daylight. Everything here is dictated not by a time on your alarm clock or the starting hours of your job, it is due to the natural cycles of the world. So, at 4am we were starting to wake. Firstly the birds, almost laughing at us, then the dogs barking and playing, then the people of the village as they went about their routines. A couple of feathered dickheads 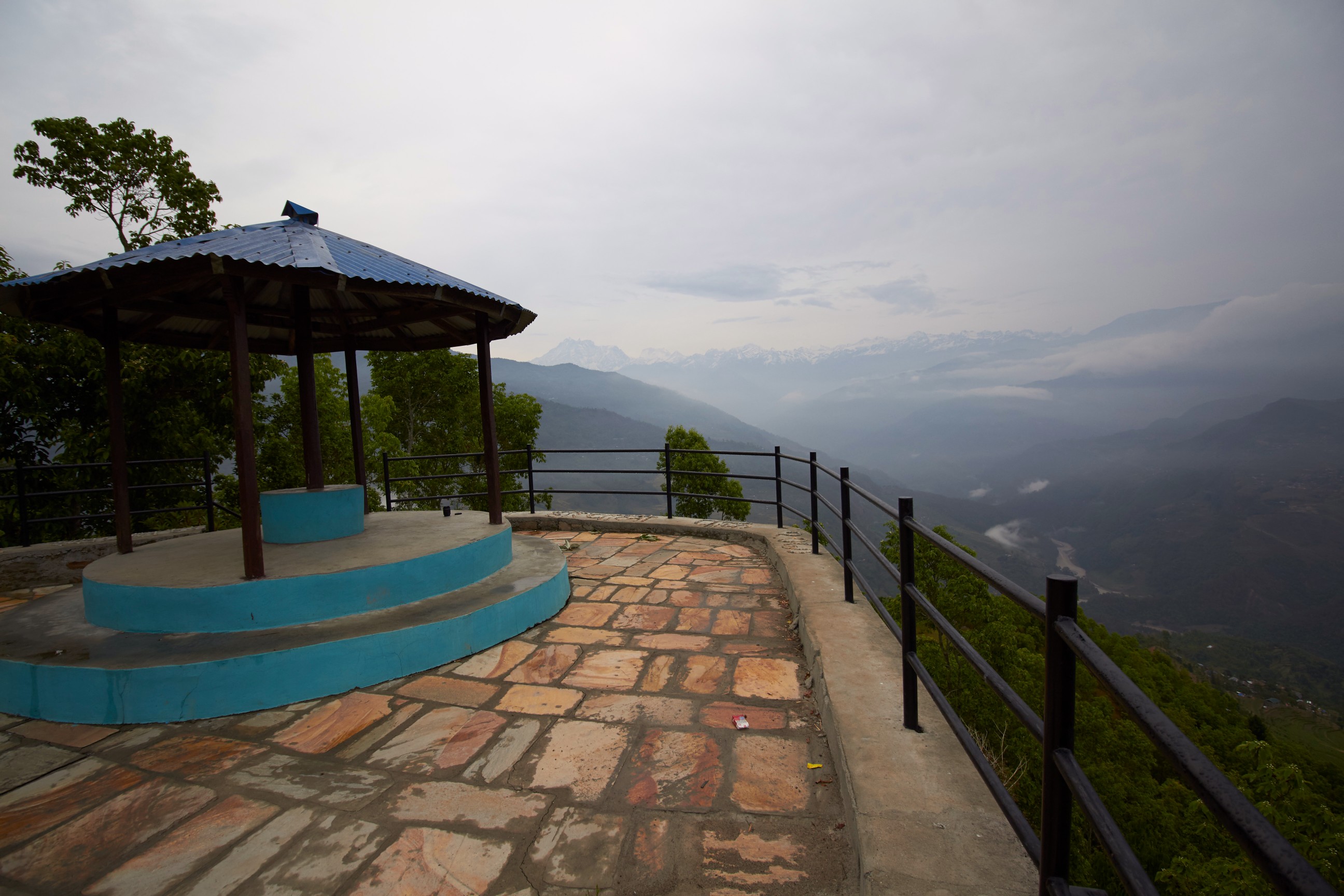 The viewing platform, just next to the makeshift clinic

The night was cold and we didn’t have enough tents as Dave was due to leave so I opted to sleep “under the stars” - how romantic. Not the greatest idea when I woke up frozen solid in my sleeping bag to find 5 cockroaches playing silly buggers with my toes.

After eating a single egg each for breakfast we split into teams to conquer our first tasks:
Setup a space for the medics since they were not keen on staying in the shelter due to the ruins of Tripurasundari Temple on higher ground near the shelter - I still can’t understand how our solution was any better - we built a bamboo structure which was covered with tarp. The wind in the night was pretty strong so we also covered the sides of our shelter with tarps.
Transform the little building nearby into a medical clinic, with an outdoor shelter from the sun during the day.
Figure out how we could obtain water. There were some tanks onto of a storage room next to our shelter which supplied the showers and a tap for drinking however it was empty and no sign of rain. It was close to monsoon season, soon there would be too much water, but for now there wasn’t enough. 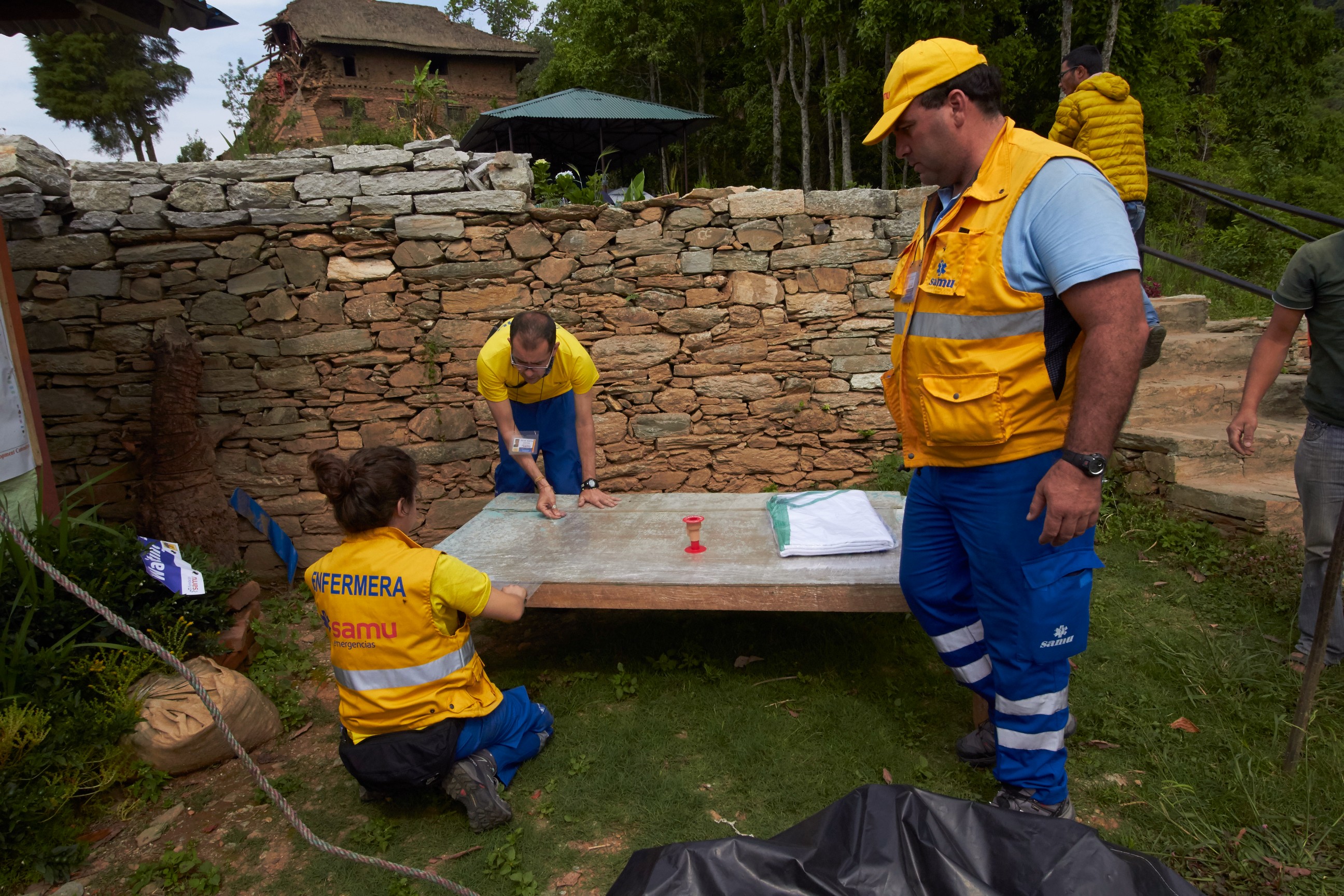 The Tripurasundari Temple ruins the Medics were wary of 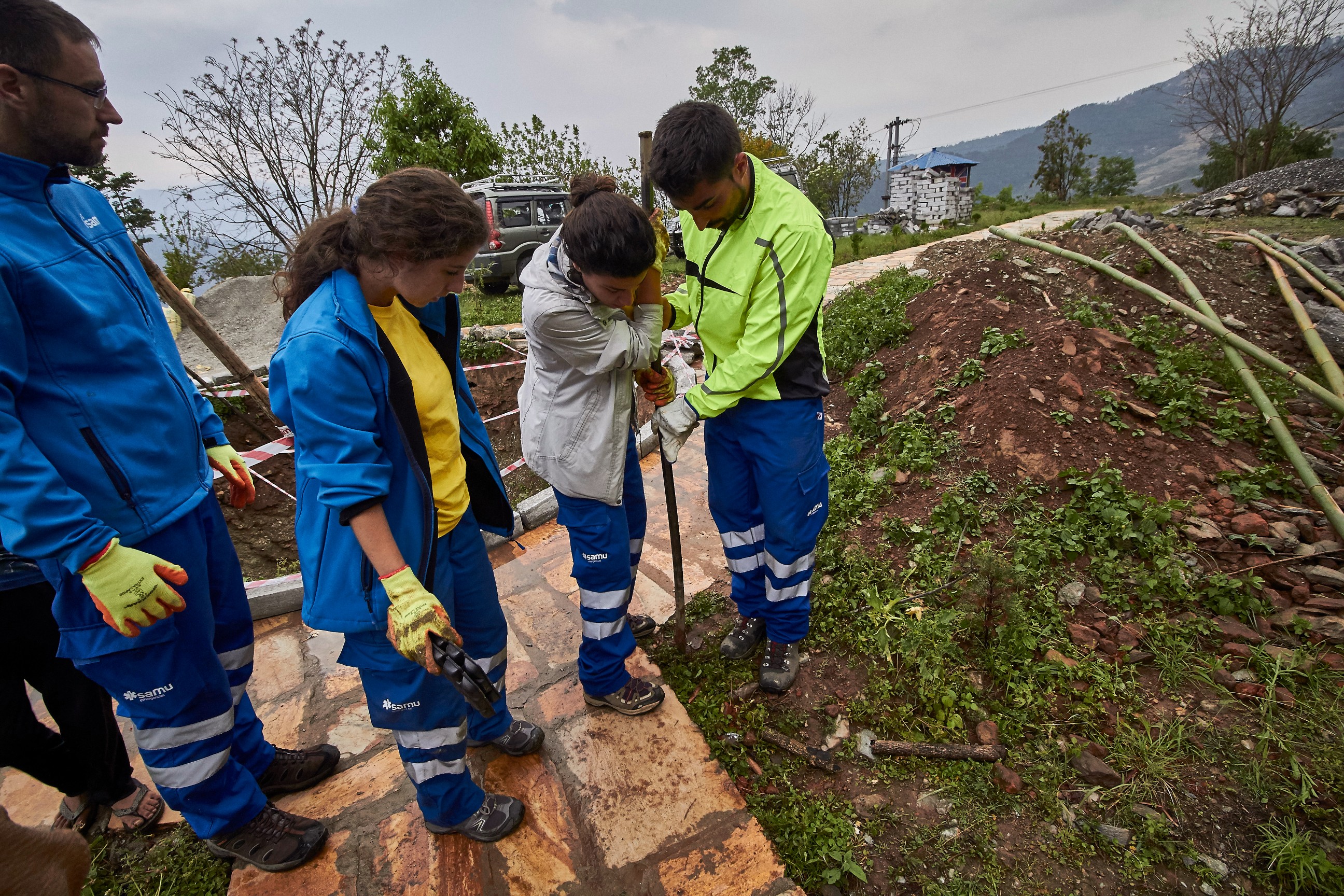 Starting to build the shelter for the medics The clinic was up and running pretty fast - we gave it a deep clean, shrink wrapped the surfaces or put clothes down. We put signs up and discussed how we would operate the clinic - each medic needed to be utilised to their maximum potential as we were expecting people to come in the hundreds. It would be my job to welcome people in and control the flow. Patients would need to be registered and triaged, they would then be allocated to a doctor or a nurse. Each receipt, containing the details of ailment and treatment would need to be carefully recorded. The space was small, we had 5 areas where patients could be seen, so as you can imagine it was pretty hectic. Onto of that the medics spoke some English, moreso than I can Spanish, but speaking medical terms and medicines that I’ve not heard of even in English is not easy! We treated people with all sorts of injuries ranging from injuries that were not related to the earthquake, minor injuries or mental trauma - to more infections, broken bones that had been poorly treated and more major injuries. Sometimes just being seen by a professional, having your blood pressure taken and being told you are ok is what people need.

The first day we saw and treated some 120 people, and there were much much more to come the next day! 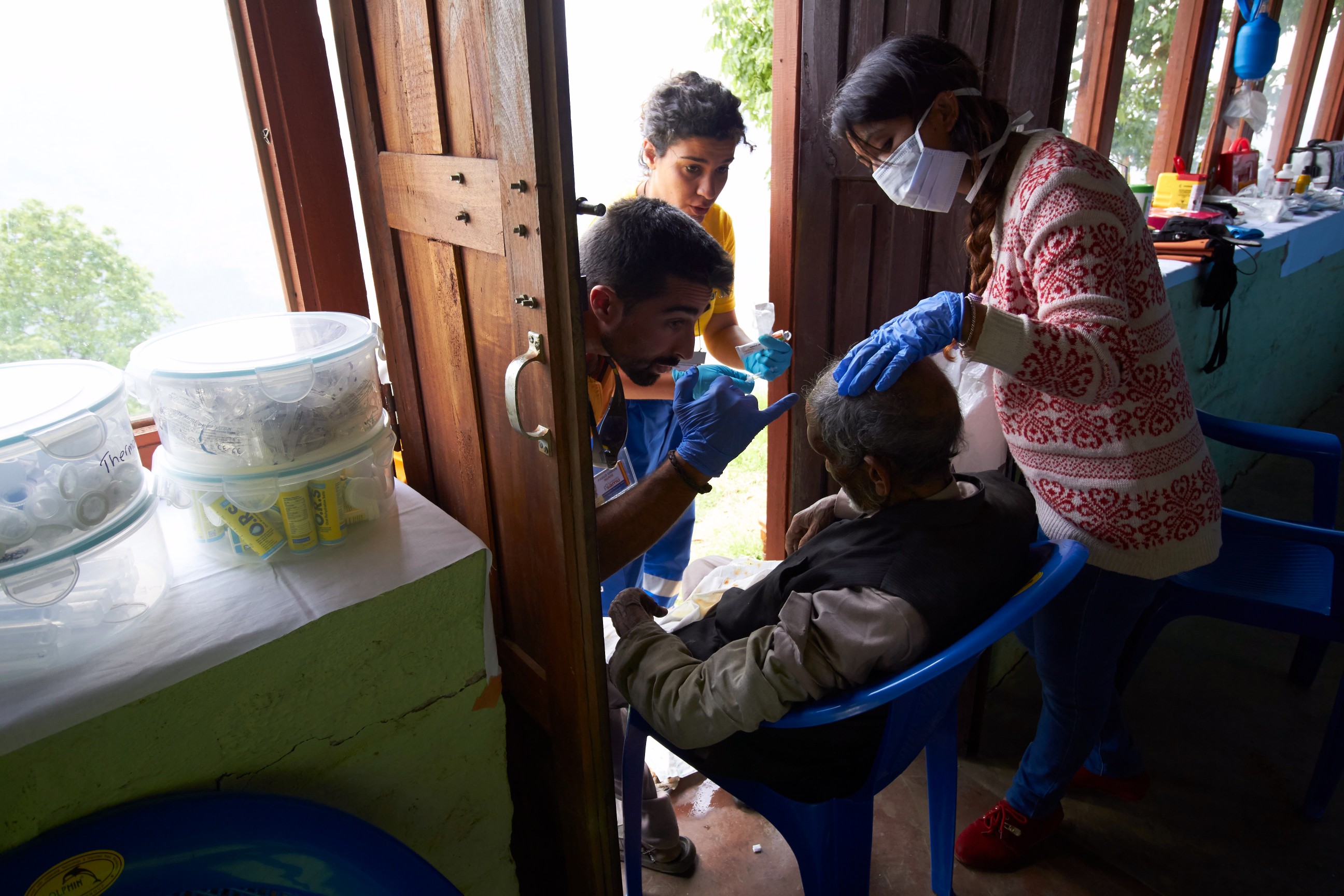 Our medics inspecting a man's eyes with a translator Steroids for a painful knee 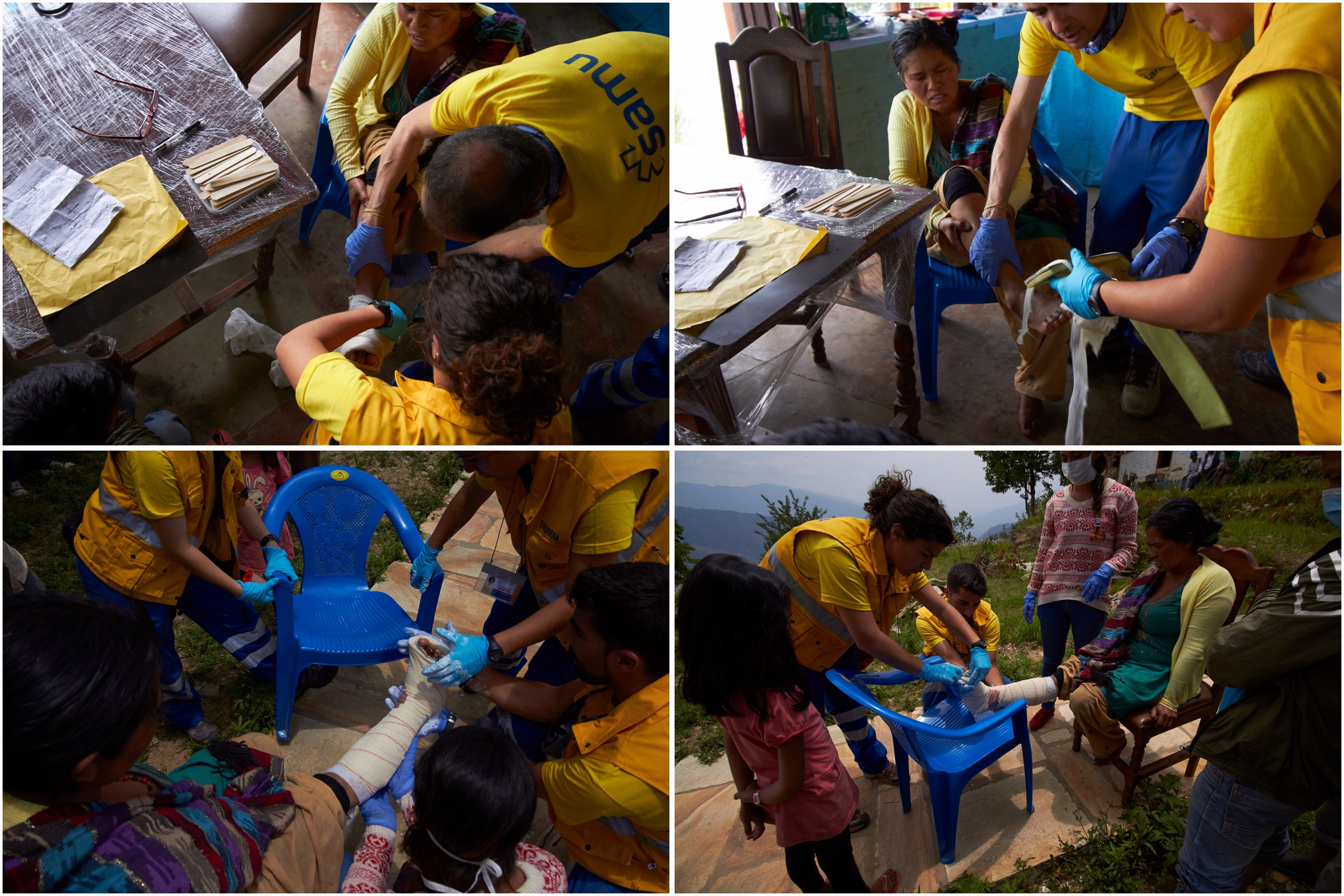 A woman came with a broken ankle with a poorly adhered cast. SAMU fixed that up for her in no time, not a pleasant experience for her though 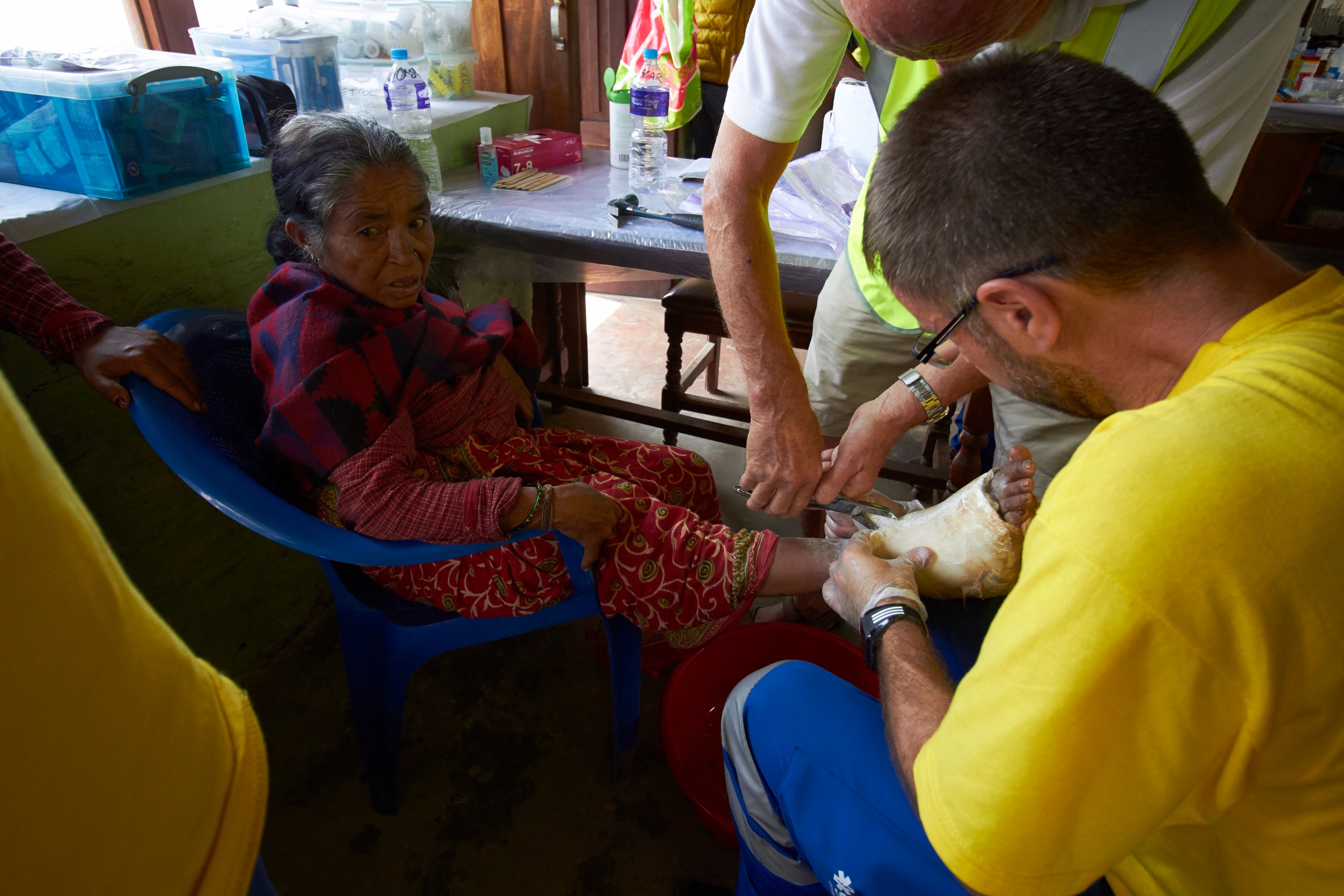 Another poor cast on another broken bone

It took us (mainly just Olly) the full day to complete the shelter for the medics in parallel with the clinic running.

Although we hadn’t worked out a solution for the water yet, Borja had helpfully made a chair/throne for the long drop toilet we had. Now I have no problem using those kinds of toilets, but this one was in a shed, down away from our camp. It was dark in the day, at night it was pitch black. So, sitting on a safe chair rather than squatting in the dark, worrying if a snake or massive spider is about to bite your butthole, seemed like a nice idea. (In hindsight it was a super gross idea). 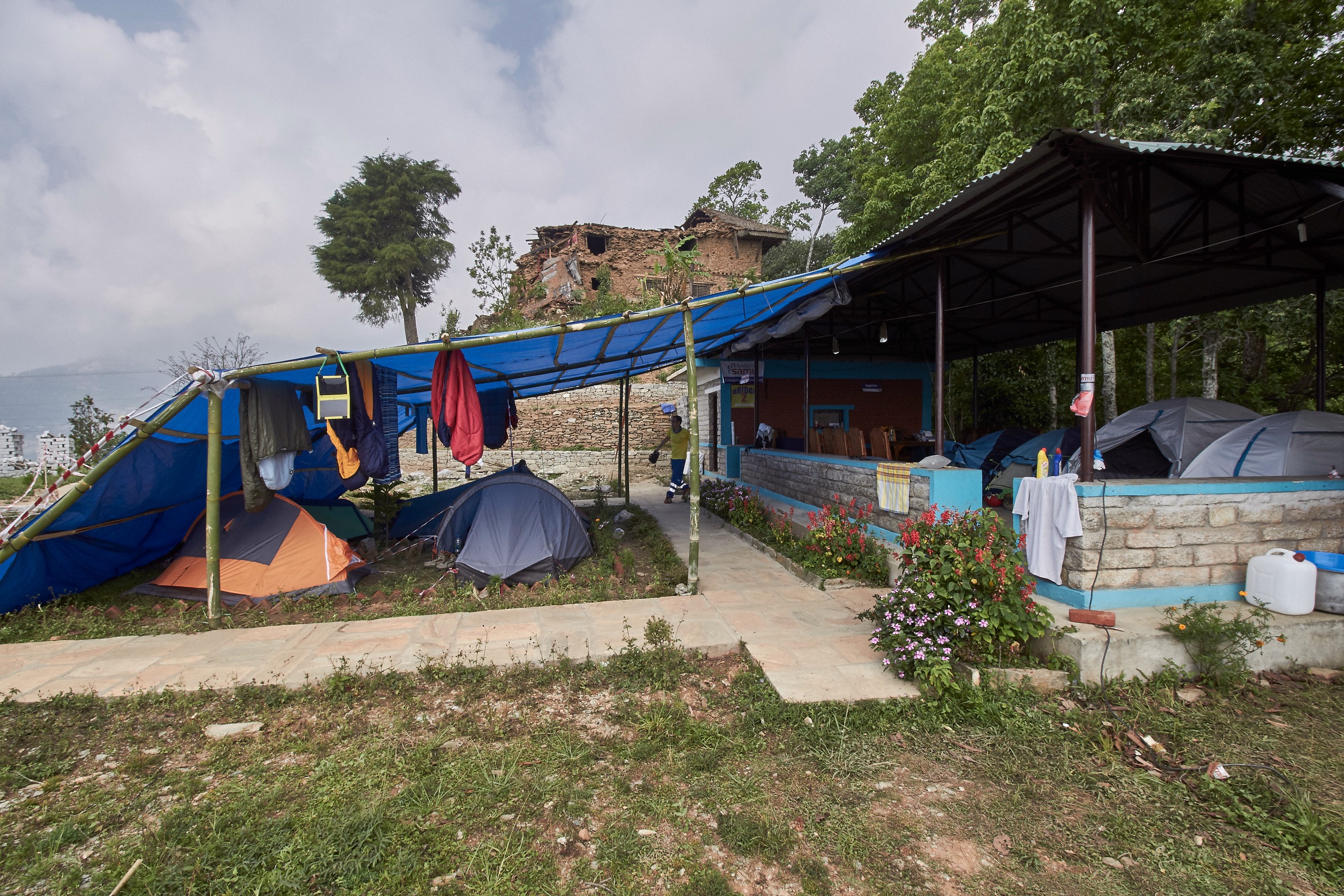 Finished! The medic shelter and our camp. I promise we didn't banish them outside! 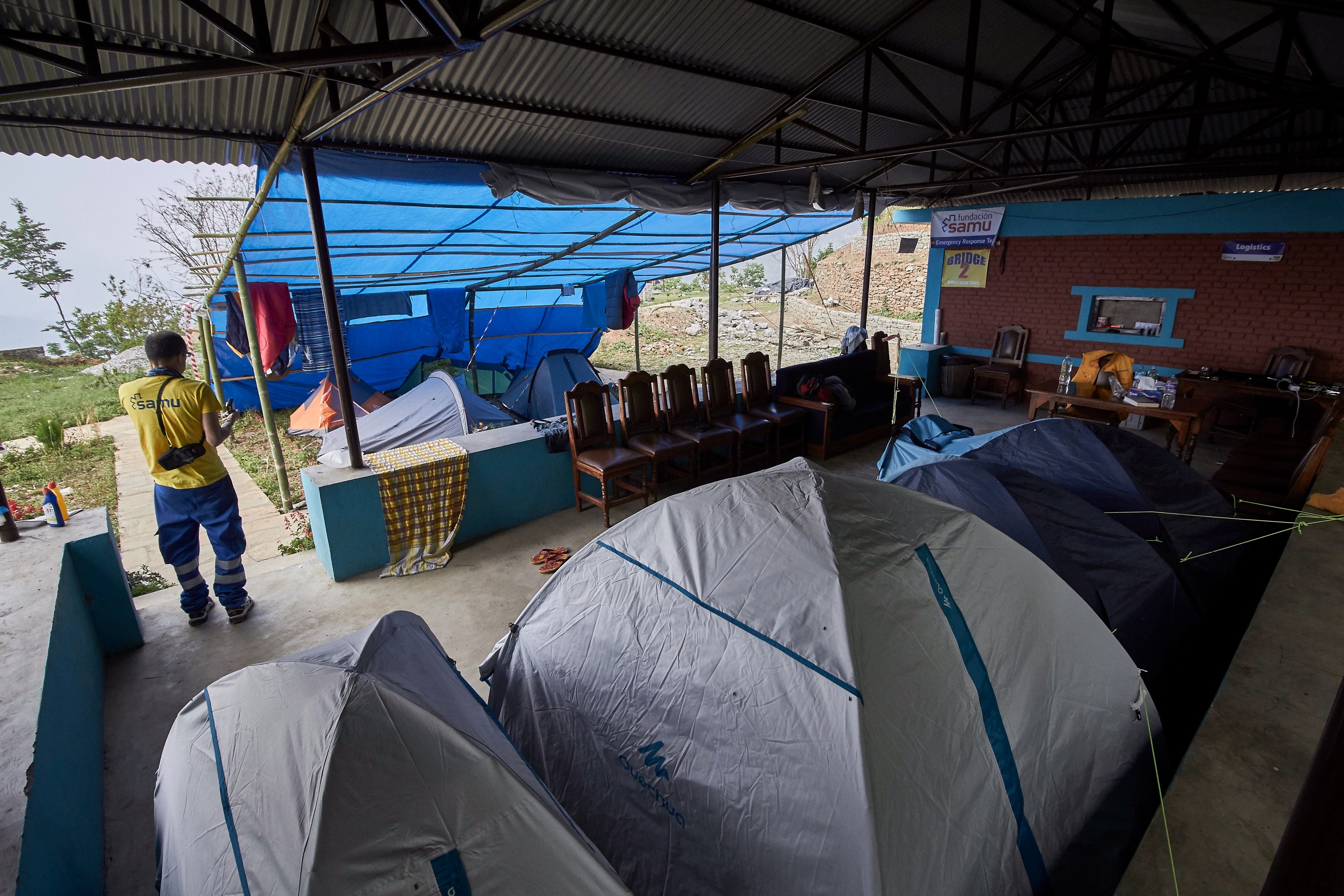 If anyone can teach me how post clickable images and go full size, please shout below! Thanks.

i enjoy to read this series !

Hey I'm also totally not a writer and this is the first time I've attempted it, further than writing Instagram captions. So if you ever feel like telling me what you thought was good and most importantly what you found boring or just bad, please let rip!

And be harsh! I'm keen to improve.

THAT GOES FOR ANYONE READING :)

right now i wrote you some long answer but this stupid steemit just deleted all the content when i pushed "post" button. i really have no power to this place.
sorry about these emotions - not your problem and fault - just continue do i write - everything is informative and interesting to me !

Nah it happens to me too.

One thing, just wait, for a while. Sometimes it does actually go through! If you write something meaningful just be sure to copy it before you hit post, annoying but until they fix the problem it's less annoying than losing your comment!

yes i know about this but sometimes i forget and it was exactly the moment ! Wow what a view!