Small Adventures during my First Post in French Polynesia

These are several anecdotes that happened during my first post on the BDC Trieux in 1971-1972 in French Polynesia.

Sir, There is a Ship in Sight

In the South Pacific, ans specially in French Polynesia, the maritime traffic is extremely small.

One night, as I was the watch officer, we saw an echo on the radar, then we saw the lights of a merchant ship.

So, I woke up the Commanding Officer with a phone call and told him: "Sir, there is a ship in sight".
The CO replied: "I am coming".

Five minutes later, he was on the bridge. He took his binoculars and saw that indeed there was a merchant ship.

"Sir, in the "Ordres du Commandant", it is said that the Commanding Officer should be told whenever there is a ship in sight".

After seeing that indeed there was such order, the CO went back to bed.

The next day, he removed this order from "Les Ordres du Commandant". He did not care to be awaken for this.

One night, as we were sailing from Moruroa to Hao, I was the watch officer between midnight and 4AM.
The BDC Trieux was equipped with a navigation radar Decca, that was common at this time in the French Navy.
Around 2AM, I saw interferences on the radar scope in the direction where we were going. I made the deduction that there must be another French ship going from Hao to Moruroa that we were going to cross soon. There was still no echo on the scope.

I called Hao on a frequency that was open all the time and asked if there was a ship currently going from Hao to Moruroa.
I was told that indeed the TCD Orage was going to Moruroa that night. 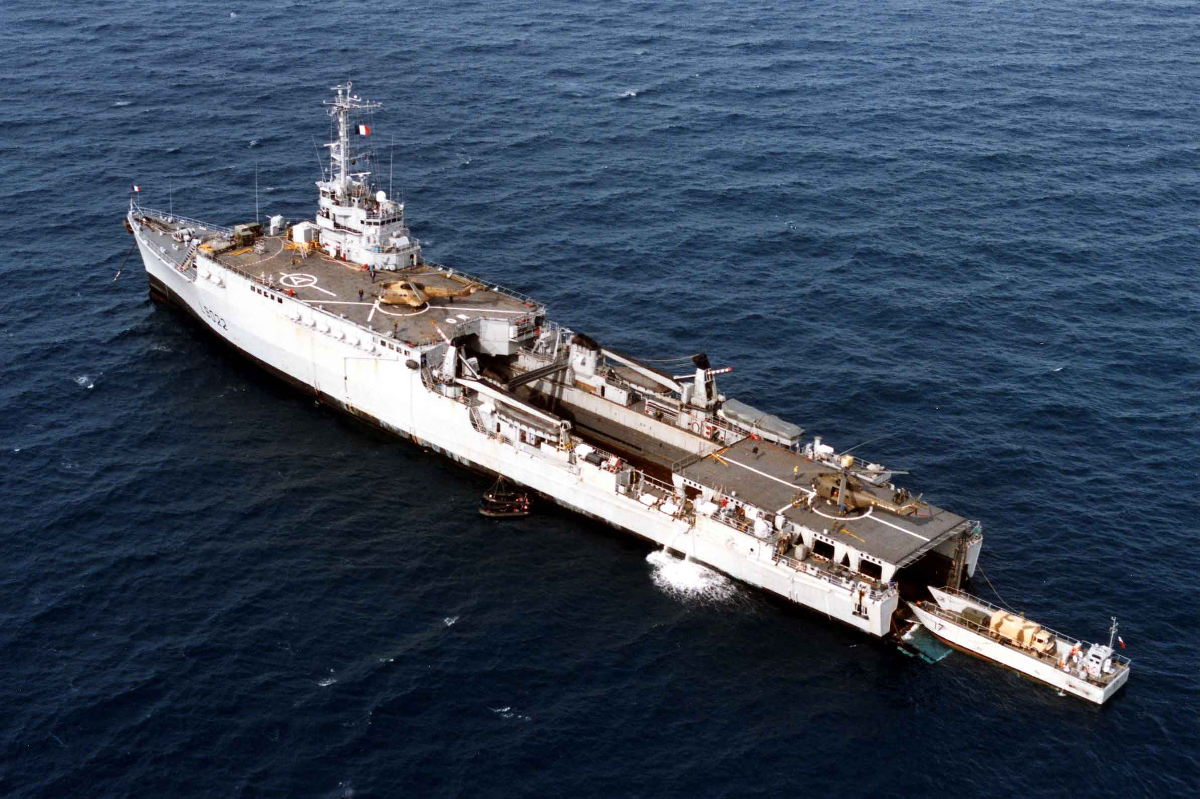 So, I looked continuously on the radar until I saw an echo in the direction of the interference.

They were very surprised and it took them some time to see that indeed they had an echo on their radar.

I am sure they must have wondered how I could know that the echo I had on my radar was them!

Wine and Steaks for Lobsters

On a small atoll called Hereheretue, where there is a meteorological station, we went two times to relieve the meteorological engineer that stayed there for three months.

We arrived in Hereheretue at eight in the morning, made the exchange, and took aboard the meteorological engineer, then started our return to Papeete.

There were enough lobsters for the whole crew.
The meteorological officer was invited to have lunch with the CO and the officers of the ship.
When he saw that we had lobsters to eat, he said:

"I have been on this atoll for three months and I have eaten lobsters almost every day. Could I have steak instead?"

So, he was given steak, while we were eating very good lobsters!

A Surprising Message from the Navy Headquarters

One day, the ship received a message from the French Navy headquarters in Paris that looked very strange to the Commanding Officer.

The content was basically this:
On this date and this hour, the Trieux will be on this new long distance frequency, and will be called by Paris.
Then, the Captain (Navy) Dyèvre will talked to the Ensign Vincent Celier.

So, the CO called me to his office and asked me what was the meaning of this.
I had to explain the the Captain (Navy) Dyèvre was one of my uncles (a brother of my mother Marie) and that I guessed he had been contacted by my parents who had not received a letter from me for several months. So, he was going to tell me to write to my parents.

And my guess was correct!

I 'd love to eat some lobsters even if I had them for a month :D and those guys must have wondered what kind of super radar you have onboard hehe

No, you won't, believe me. There are foods that you can eat every day, such as bread. But there are other foods that you get tired of pretty soon if you eat them every day.

well...on the second thought lobsters are full of cholesterol... so you might be right ;)

Wish I was a member of the crew, then we had plenty lobsters eachone. I think the taste is even better when you are with good accompany.