With sixty-five (65) incredible entries it was an epic round in the four contests and challenges of the Steemit Music League.

The Steemit Music League is a community built with the goal of providing the most feedback, recognition, and rewards all while bringing Steemians together and encouraging collaboration. The winner of the Steemit Music League is determined by the amount of points earned through League contests and challenges which can be earned through participation in the #smlchallenge , #beatbattle , the SML Feedback contest, and the Kill the Pad Challenge.

The points earned in Round Two are added up for this second release of the Steemit Music League leaderboard for Season Two. 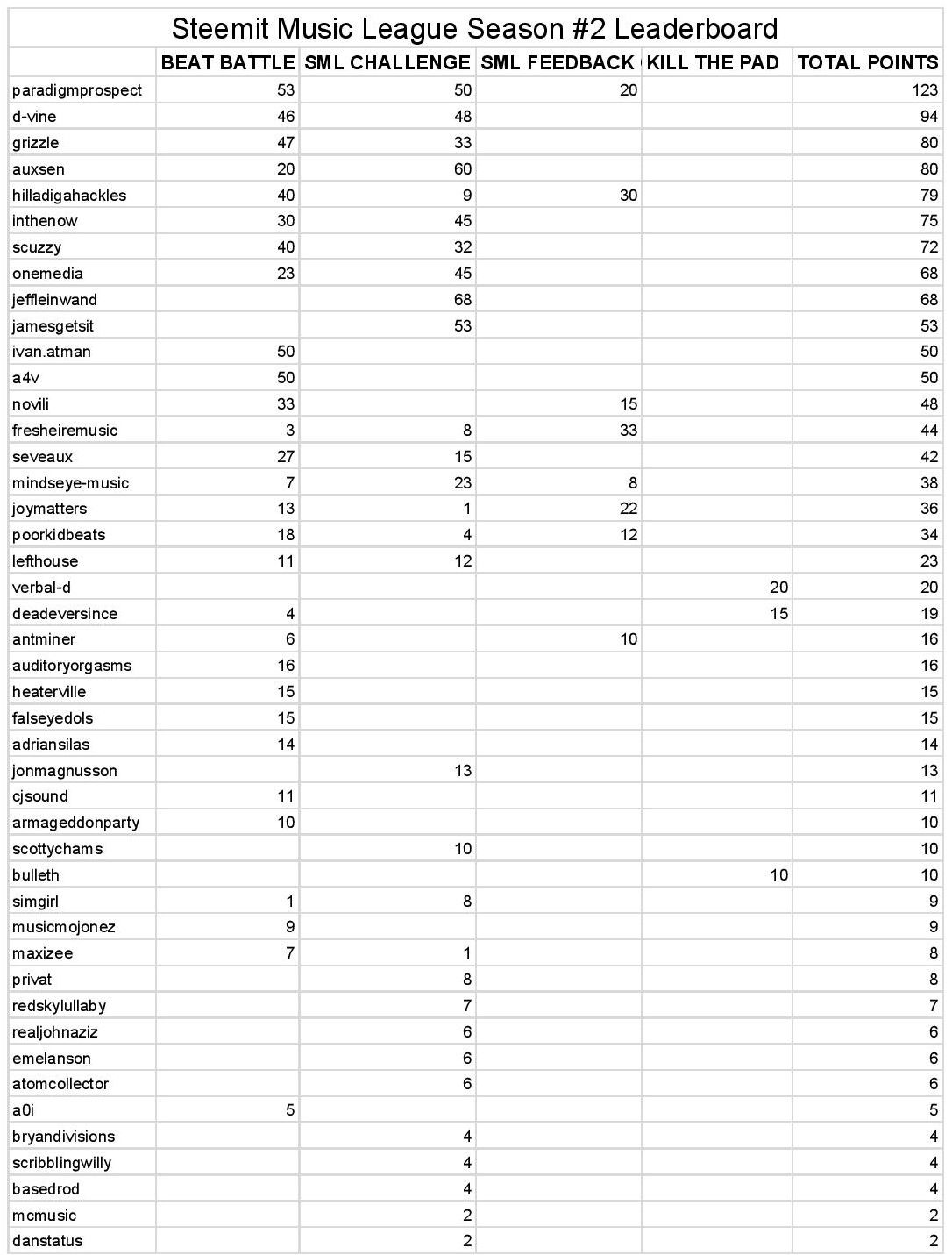 After an epic Round #2, @paradigmprospect emerges as the leader in Steemit Music League by 29 points over @d-vine who is holding off @grizzle and @auxsen for 2nd place.

Then we have a whole pack of Steemians right behind them like @hilladigahackles , @inthenow , @scuzzy , @onemedia , @jeffleinwand , and @jamesgetsit who round out the Top Ten.

As you can see we have a lot of Steemians participating in more than one contest increasing their League point total.

The Steemit Music League Challenge is an open music contest for rappers, MCs, singers, vocalists, and producers. Basically if you have a passion for music you can submit an entry every week. 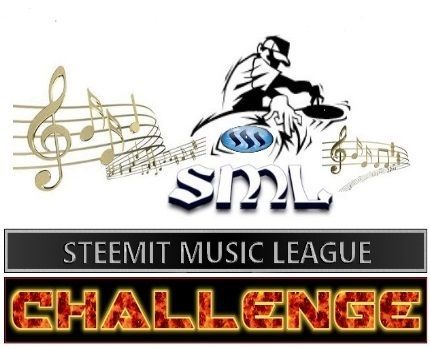 Each week's theme changes with some awesome rounds coming up. The prize pool is 15 STEEM and other cryptocurrencies such as SMOKE and Voiceshares.

The #smlchallenge is in Round Three of Season Two currently with the theme being Island Music.

Round Three of Season Two of the Steemit Music League Challenge is accepting submissions until Saturday night, February 17th with the results being announced on February 18th.

For more information on this current round of the #smlchallenge go here: https://steemit.com/smlchallenge/@chiefmappster/steemit-music-league-challenge-or-s2-r3

We had an awesome Round Two of the Dance Anthems theme of the Steemit Music League Challenge with twenty-three (23) incredible entries from Steemians all over the globe.

Here are the top five of S2:R2 of the #smlchallenge:

WINNER ONE: @paradigmprospect with an average of 4.77 from the judging panel with "Tiny Floor 7AM" winning 8 STEEM and 42 Voiceshares for 50 points.

WINNER TWO: @ausxen with an average of 4.69 from the judging panel with "Atmosphere" winning 4 STEEM and 36 Voiceshares for 40 points. WINNER THREE: @d-vine with an average of 4.58 from the judging panel with "Deep in the House" winning 2 STEEM and 31 Voiceshares for 33 points. WINNER FOUR: @inthenow with an average of 4.53 from the judging panel with "Dream" winning 1 STEEM and 26 Voiceshares for 30 points. 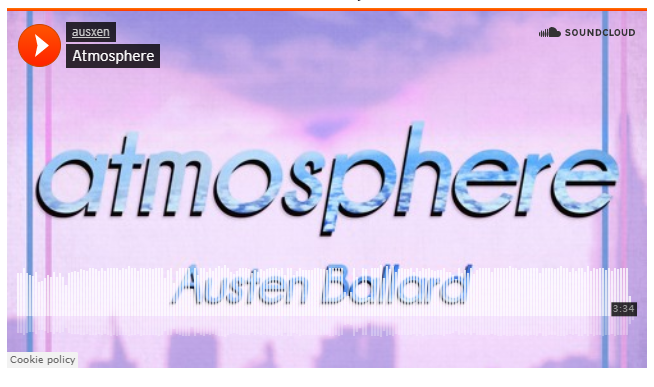 For incredible music from Round Two of Season Two go here: https://steemit.com/smlchallenge/@chiefmappster/steemit-music-league-challenge-results-or-s2-r2

The Beat Battle League is in Round #3 of Season Two and is a Beat Battle challenge that the music producers of Steemit can produce an entry based off a theme or sampled material for that round. 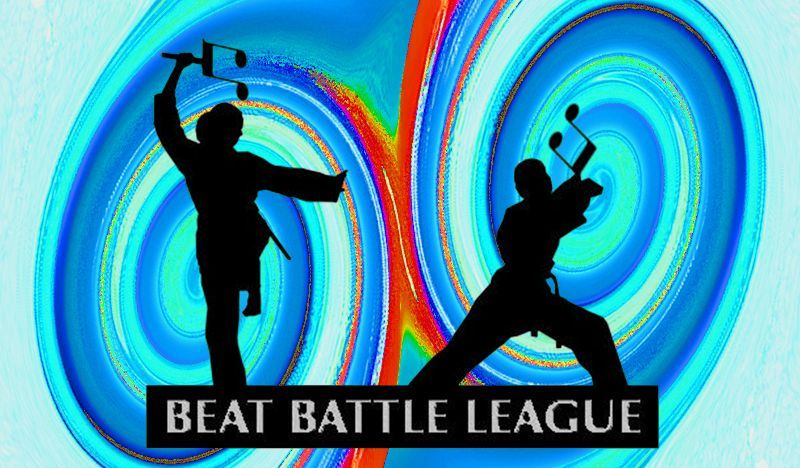 This week's theme is the Beat Drop. Prize pool is 15 STEEM and other cryptocurrencies such as Voiceshares and SMOKE.

Round Three of the #beatbattle started two days ago and is accepting submissions until Thursday night, February 22nd with the results being announced Friday evening.

For more information about the live Round #3 of the #beatbattle go here: https://steemit.com/beatbattle/@chiefmappster/beat-battle-league-or-s2-r3

In last round, we had twenty-six (26) incredible entries for the Space Elevator Music inspired theme.

SECOND WINNER : @paradigmprospect with an average of 4.75 from the judging panel winning 4 STEEM and 36 SMOKE for 40 points.

THIRD WINNER: @novili with an average of 4.74 from the judging panel winning 2 STEEM and 31 SMOKE for 33 points. FOURTH WINNER: @grizzle with an average of 4.74 from the judging panel winning 1 STEEM and 26 SMOKE for 27 points. For more of the music created in Round Two of the #beatbattle go here: https://steemit.com/beatbattle/@chiefmappster/beat-battle-league-results-or-s2-r2

The third contest is the Steemit Music League Feedback contest hosted by @inthenow . 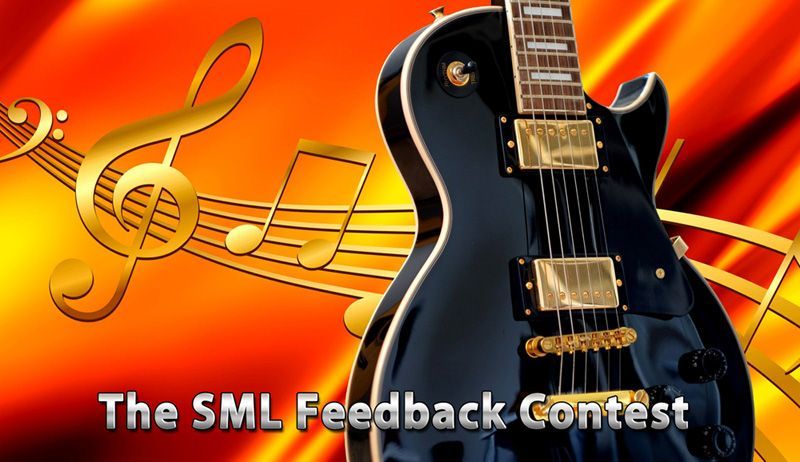 The SML Feedback Contest hosted by @inthenow is about submitting music and providing feedback and getting rewarded to do so.

The prize pool is 10 STEEM and other cryptocurrencies like Whaleshares and Voiceshares.

Round Three is live now and lasts until February 22nd with the winners being announced on February 23rd.

To participate in the live Round Three of the contest go here: https://steemit.com/smlchallenge/@inthenow/sml-feedback-contest-round-three-starts-now

Here are the results for Round Two of the SML Feedback Contest: 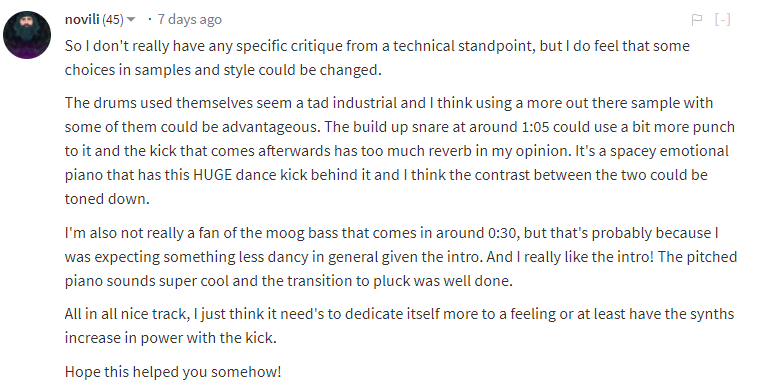 For more information about the results for Round Two of the SML Feedback Contest go here: https://steemit.com/smlchallenge/@inthenow/sml-feedback-contest-round-2-winners-announcement 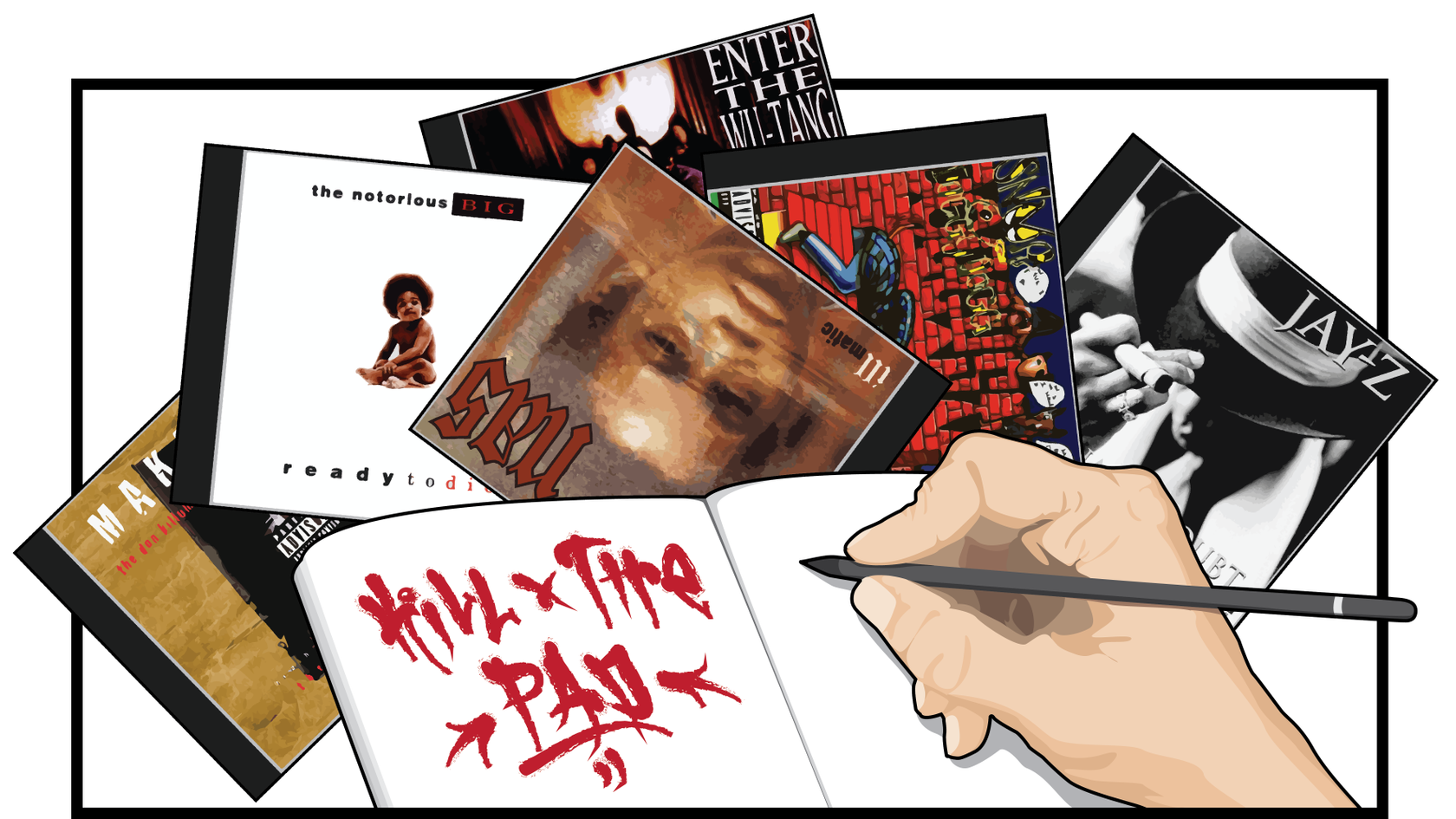 The Kill the Pad Challenge hosted by @jamesgetsit is bi-weekly text based rap challenge.

The prize pool is 7 SBD and you can earn points towards the Steemit Music League.

For more information about the Kill the Pad Challenge go here: https://steemit.com/killthepad/@jamesgetsit/kill-the-pad-challenge-week-1-sponsored-by-steem-music-alliance

Here are the results for Week #1 of the Kill the Pad Challenge: 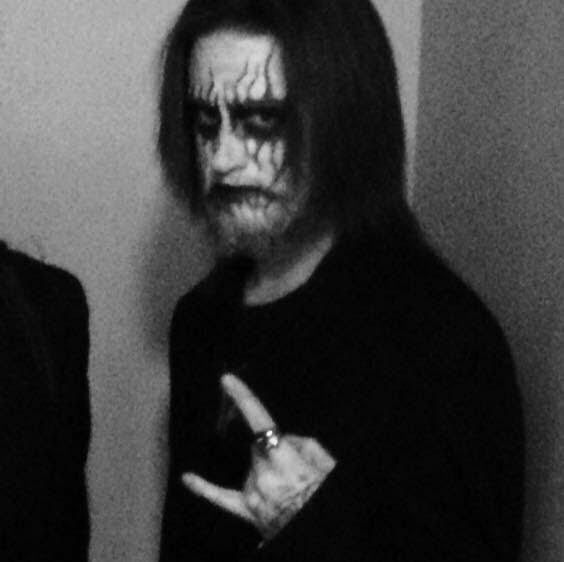 The Steemit Music League is a community built with the goal of providing the most feedback, recognition, and rewards and possible all while bringing Steemians together. 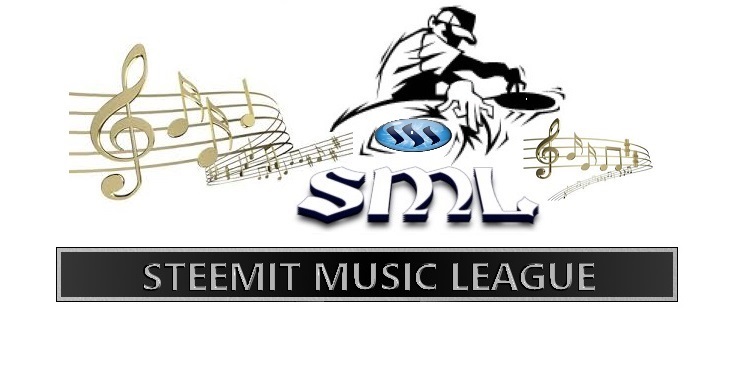 As a result the Steemit Music Alliance Discord channel was born.

You can connect with other community members, play music live, get beats and tracks demoed, and listen to entries with others live via the SMA bot. Live DJing and music production courtesy of @scuzzy and @seveaux available now.

The team of @chiefmappster, @danyelk, @beatseb, and @derekmiller thank you for all the awesome music you have created so far and for all the real, positive change that is going on in this community.

For the review of Round #1 of Season Two go here: https://steemit.com/music/@chiefmappster/steemit-music-league-review-or-round-1

Thank you as always for your time, attention, and support. I really appreciate it :) Thanks for the update my friend, much appreciation your way. ;-) I missed the deadline with Kill The Pad, being sick for a few days this past week. Have a great evening. :-)

You're very welcome appreciate all you do for the community.

O wee maybe you'll get in the next one, but hope you feel better buddy. Sending ya positive energy and vibes :)

What an incredible line up there ... It's still early in the season, so although @paradigmprospect has a firm lead it's still open, lots can happen over the course of this season! Best of luck to everyone!

Amennnnnnn plenty of time and plenty of contests and challenges :)

Much appreciation for your positivity and spirit.

what the balls! Kill The Pad?!?!? I had no idea! my this deal keeps growing! love it!! great work! gonna jump in that part of the contest too! boom! and i must say it feels good to be in the top 10! let's see if i can hodl and climb!!!

Ayyy you can do ittttt o weeeeee.

Appreciate your positivity and spirit much love and respect

it is a rad addition to the contest!

It most definitely is o weee