If you're loved by someone, you're never rejected, decide what to be and GO BE IT
-The Avett brothers 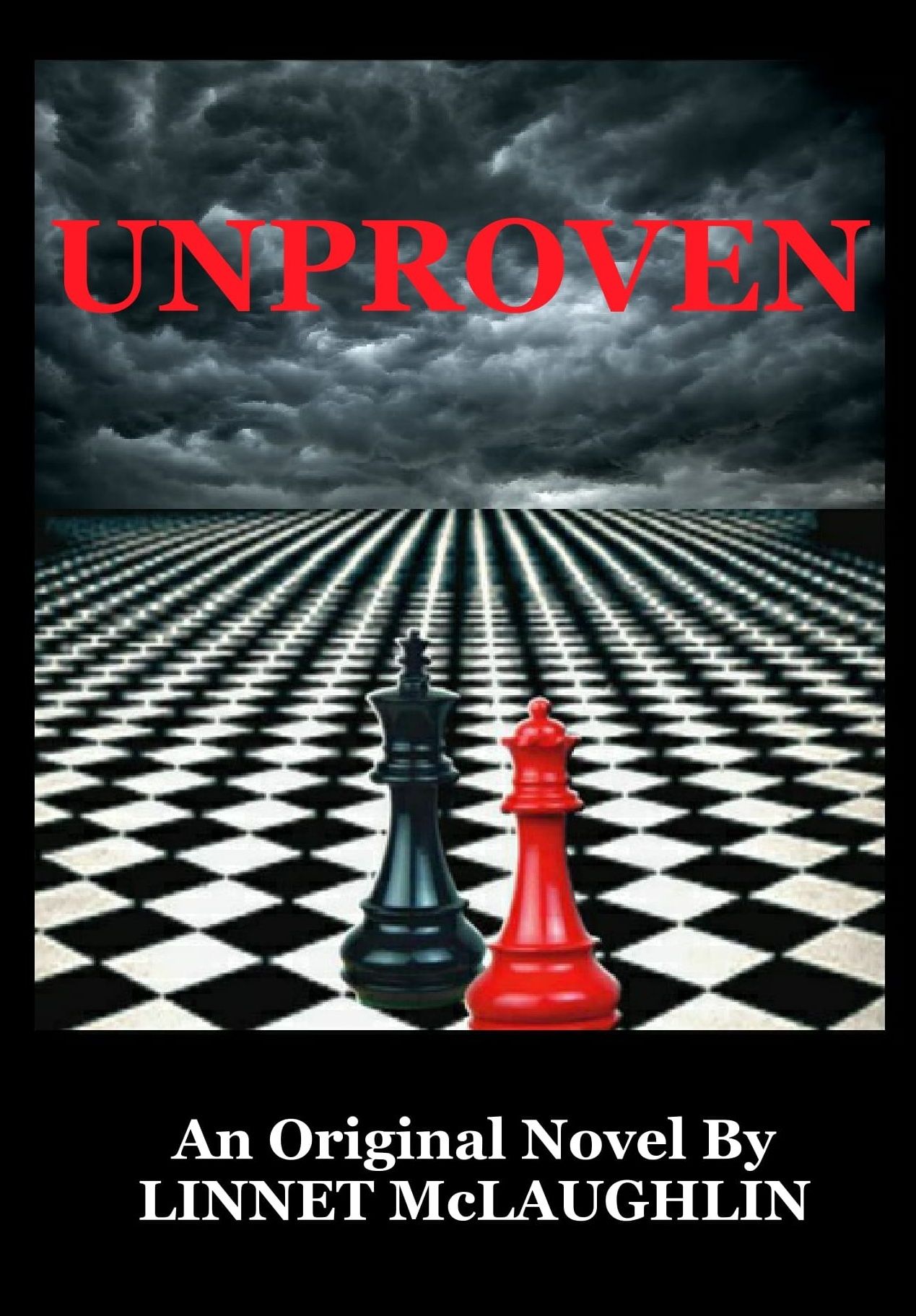 It was their final day on the island and Ary lay on her stomach on their big beach blanket smiling dreamily at the turquoise water splashing against the shore. She fingered the white lily in her hair, her legs kicking up lightly and crossing at the ankles. It had been a magical week, she literally felt like a character in a fairy tale. Her gaze dropped to the heart-shaped emerald and diamond pendant swinging from her neck on a white-gold chain. Grayson had surprised her with it the first night they were there, right after the first time they’d made love on this blanket in this spot. And the gifts had kept on coming all week long; if she even paused to look at something at one of the street-vendors tents it would turn up under her pillow or in a box on the end of the bed.

He’d even bought thoughtful gifts for each of her friends. For Sonya, a thick hardcover book that featured glossy pictures of all the different hairstyles from the beginning of the twentieth century until now, complete with detailed instructions on how to create them. For Andie he’d bought a beautiful crystal dolphin diving into a sea made of white gold to add to the substantial collection of dolphin figurines she possessed, and for Amanda a ten karat gold necklace featuring a pendant that bore the symbols of both the Goddess of war and the Goddess of beauty, made of small orange and yellow jewels. He’d said it was for her strong and beautiful spirit.

She knew Sonya would love her gift since working in a high-class salon was the career she currently desired, and hoped the beautiful dolphin would further soften Andie toward him. As for Amanda, she would be thrilled by the gift as well as his reason for it. Ary was glad he was so attentive to her, though she couldn’t help but wonder whether he saw something in her friend that she did not.

She loved her, of course she did, but she wasn’t as close to her as the other two. Not just because she could be an utter beotch when she wanted to, Ary could handle that. But she was also extremely self-centered and opinionated. And below the surface-insecure. Terribly. Which was why Ary was happy about the attention Grayson gave her, she hoped it would help her gain true confidence.

Grayson dropped on the blanket and stretched out next to her. “A penny for your thoughts.”

She smiled and rested her chin on her hand as she looked at him. “I was just thinking about how absolutely wonderful my boyfriend is.”

She made a face, “You can’t seriously think I have a thing for the Scuba instructor, I told you I took the picture for Andie. She wanted me to bring one back as a souvenir, well she actually wanted the guy himself," she laughed, "but since I can't do that I plan on printing the photo and framing it for her.”

He continued to look at her through slightly narrowed eyes. “Well he definitely had a thing for you.”

“Uh huh, that’s why he kept finding excuses to touch you. Aryanne, your mask isn’t on right, Aryanne let’s do something about that hair….”

“Okay!” She cried shoving him again, “but if so it was one sided, the only member of the male species I look at that way is you, you’re a god compared to him.”

“A god, huh?” He smiled slightly, “Keep it coming.”
She laughed, “You’re by far the most intelligent, the most charming, the most beautiful guy on the face of this earth.”

“Mhmm, feeling better now.” He flipped her on her back and straddled her waist pinning her hands above her head. “But you forgot to mention the best lover.”

She smiled mischievously, “Did I? Hmm, maybe you better demonstrate those abilities again so my memory is refreshed.”

He laughed and stretched out on top of her. “Right here and now?”

She flushed and darted a look around them. She didn’t see any people, but it was still part of the public beach. “Uhhh…”

He leaned down and whispered, “What if I just expose the necessary parts.” He pushed her skirt up in front and unbuckled his pants.

She laughed nervously, “I don’t know.”

“Shhhh,” he told her and smothered further protest with his lips as he buried himself inside of her. He broke the kiss and pushed up on his hands, his eyes intent on hers. “I’m gonna ride you hard now, gonna leave an imprint inside of you. When I’m finished you’ll feel me there for days, a reminder of who you belong to.”

He made good on his promise, driving into her hard and fast. She came twice before he threw his head backward, one long “Ahhhhhhhh,” pushing out of his lips.

“Best lover,” she panted, “definitely the best lover in the world.”

He nodded, breathing heavily, “Damn straight. And don’t you forget it.”

She laughed and flipped back on her stomach as he fell to the blanket beside her, resting his chin on his hands.

“I wish we could stay here like this forever,” he said as he stared out at the water.

She started to smile but it faltered as she caught his expression. A cross between pain and longing. She started to say something but he turned to her with a grin and she wondered whether she’d imagined it.

“So one more meal at the Mighty Crab?” He waggled his brows.

They started down the beach, Grayson whistling the Hawaiian version of Somewhere Over the Rainbow. Generously created for me by @son-of-satire

Have you filled your witness votes?
Check out these passionate and competent souls: @teamsteem, @steemgigs, @ausbitbank, @aggroed, @roelandp and @dragosroua; then go to https://steemit.com/~witnesses
If you don't see their name, simply write it in the empty box at the bottom of the page.

To better understand what a witness does read @dragosroua's post Witnesses: What they are and why you should care

Submit
$76.28
51 votes
27
Authors get paid when people like you upvote their post.If you enjoyed what you read here, create your account today and start earning FREE STEEM!
Sort Order:
[-]
jedau (67)  ·  2 years ago

She fingered the white lily

You know I'm too far gone with your genre when I thought of something different here haha! Fishing is not a good look for Grayson, even if he's just being cute. I can't believe they were able to finish the whole island getaway without her grandma smelling something... fishy. puts on sunglasses

Oh, I wouldn't go so far as to say she doesn't smell something, though Ary did tell her she was going on a trip (a couple chapters ago).

Oh yeah, I do remember that. But, considering how supposedly strict she is, shouldn't she be constantly checking up on her?

lol, no, not her style. My parents were 'strict' but they didn't check up on me when I said I was doing something. Ha, this whole trip is loosely based on an out of state trip I took when I was supposed to be somewhere else.

Well, technically Hawaii's still a state, right? So, this checks out haha! You're lucky. My mother has always been like a bloodhound when it comes to that stuff.

Another great chapter - I'm so hoping he doesn't turn into the doush that I know is coming lol - I am really enjoying your writing :)

Haha! I love your comments, thank you :)

You're welcome :) - Is this a book that you've already finished or is it a work in progress?

I am just wondering when the truth comes out about Grayson and Amanda.

Do you mean the make out session? If so, that was Andie, not Amanda :)

Oops.... 🙄 I knew it was one of the two As. I am reading so many serialised stories on Steemit, my poor brain is on overload. 🙃

A week?!?! Ary was gone for a whole week ... with her grandmother believing she was simply staying over at a friend's house the whole time ... without dropping by a single time to pick up something or for a quick hug since they have been so close?!? That's a stretch for me.

Still, I am loving the story.

She told her grandmother she was going on a trip, (a couple chapters prior it is mentioned) lol, she was aware she wouldn't be home or nearby at a friend's. However, I just realized one of the chapters I ended up removing of her time in Hawaii contained details on her phone calls checking in. I'll have to go back over it, see what I can do.

Gotcha. The way it reads now she left her grandmother a note saying she was going on a trip with a group of friends. Most high school students don't just take off on a trip without providing more details if they are living with family members that are close to them.

Hey my friend :) This is hectic. Good ol' Dreemit and her stories :D

Hi there, wow it's been awhile. Hectic? lol. I'm good, how are you?

Haha. I'm doing great as of right now thanks!

Is it just me, or does it seem like repping up is more difficult now than before?

Good! You can catch me up in chat if you want.

Oh, it's not just you, it's wayyy more difficult. I was stuck on 69 for months, with decent rewards coming in too.

If you're loved by someone, you're never rejected, decide what to be and GO BE IT.. Yeah. Absoute true. Very reality.

a very good story, I am amazed at what you write.
Thank you friend