Steemit Statistics: 8 Months Ago I Thought Steemit was Dead….

hisnameisolllie (68)in #steemit • 5 years ago 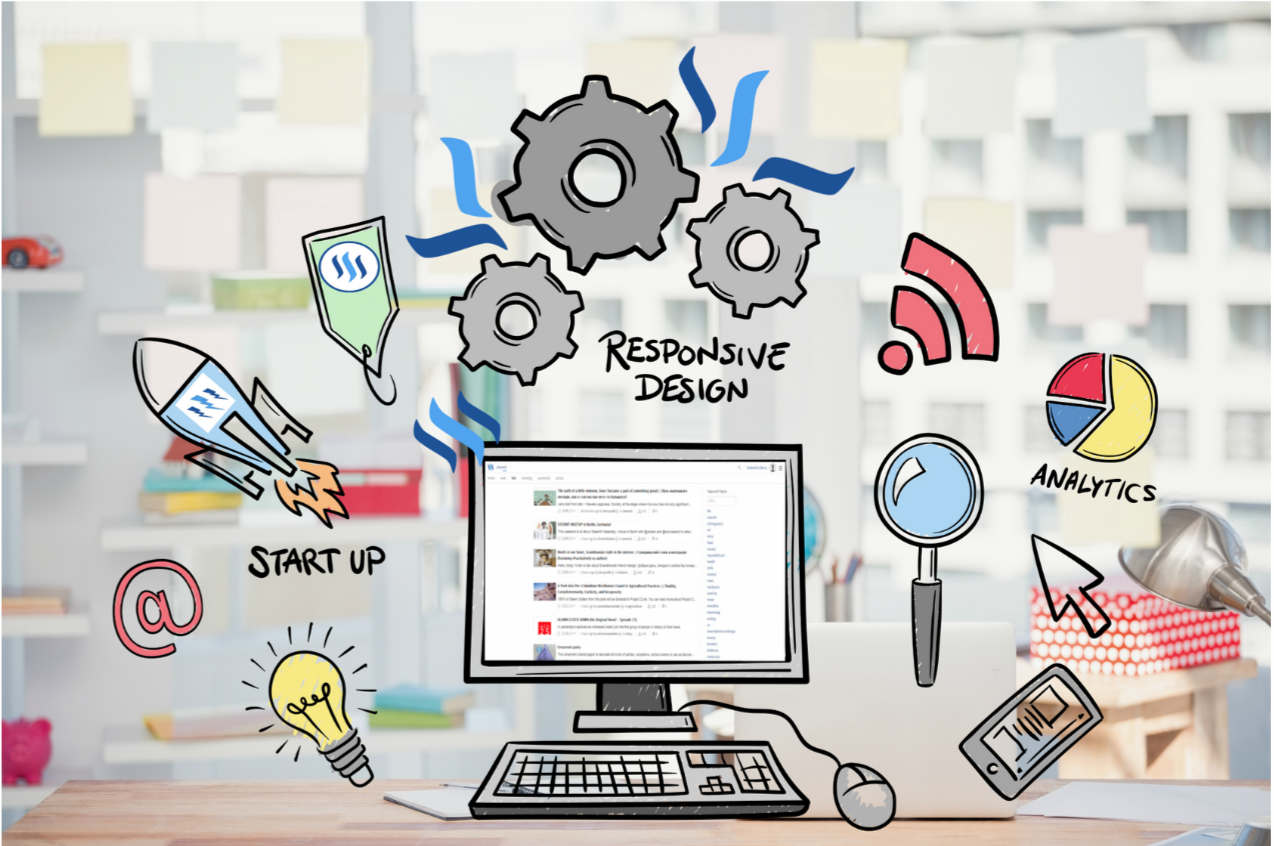 I was an early Steemit users, and this post used to be a weekly post, analysing Steemit by numbers. But 8 months ago everything was going wrong (at least I thought it was…). User numbers were static, the price of Steem was taking a pounding in the markets, and the whole ecosystem seemed far from the democratic utopia it was built to be…

However maybe I was wrong? Let’s take a look at how things have changed here since my last post… 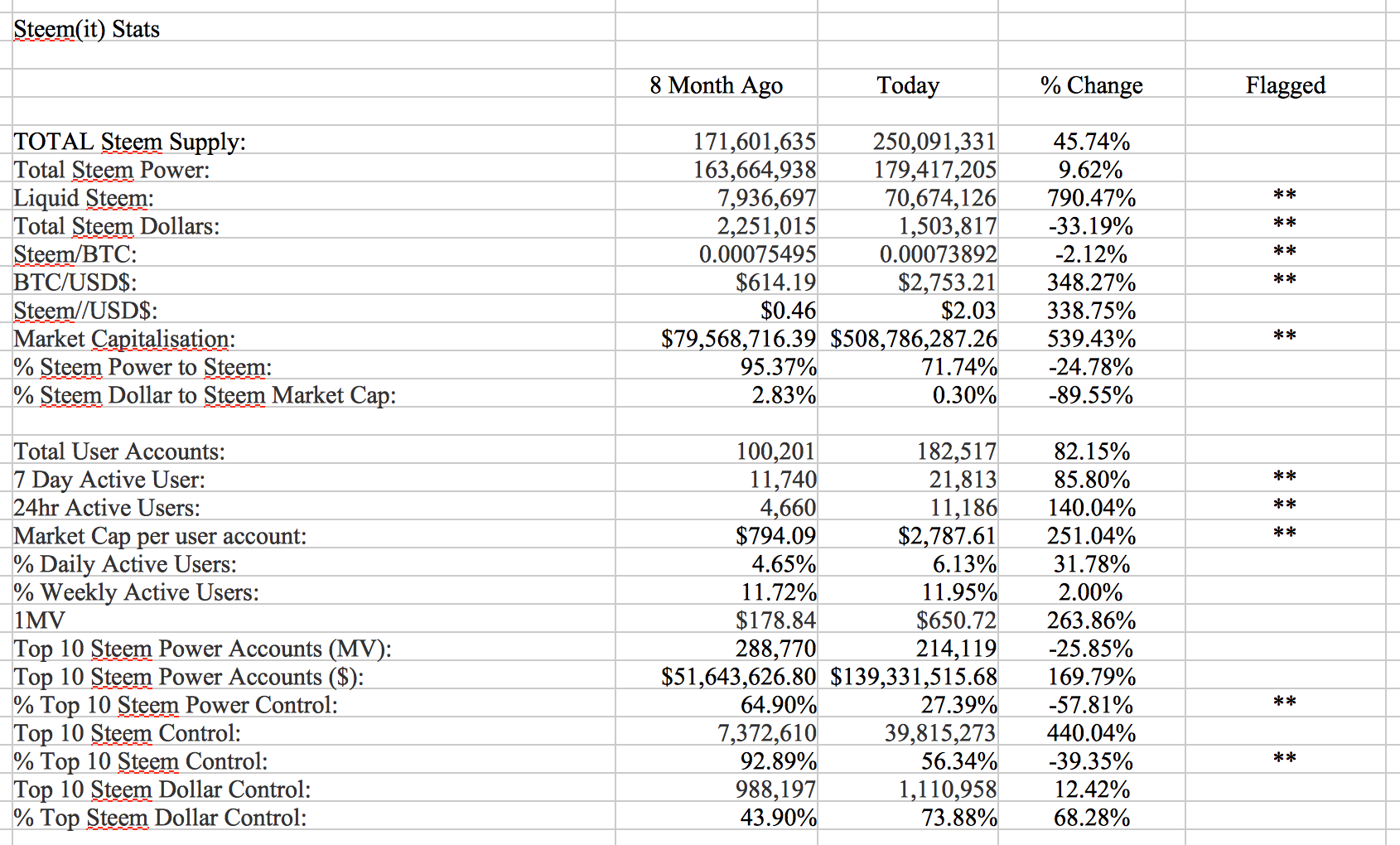 Would be interesting to hear your thoughts...

My take is slightly different than yours - Bitcoin will continue its general uptrend, but Steem will most likely return to its previous levels. Check out my recent article - I'll be glad to hear your opinion, @hisnameisolllie!

yeah its def not dead and back again!!

You know you were one of my favorite author back then. I always wondered why you left. You showed me all the numbers and I could see the future look bright.

I'm glad you're back!

Glad you've restarted doing these posts/Steem stats. I was actually looking into this, saw your initial posts and was a bit disappointed what I've been seeing and the fact you stopped doing them.
I really hope Steemit will be a successful project. There's a lot of work and money put into it and I really think it brings value to the community which will grow with the user base and activity.

Thanks for this great information!

Nice post and data. Thanks for putting this all together.

How was said in another post... - Get rich or die steemin'!

Thanks for your hard work here easy to follow thanks even for me so that is excellent, what does IMV mean please ? and also how can you use the Steem part f the wallet which is in brackets ie (106.000) thanks very much.

Thanks for this so what does 1 million vest actually mean please just not quite sure all new accounting language .

Think of Vests like Shares in the Steem ecosystem. They differ from Steem because they don't get diluted with extra Steem being printed, however they are made up of Steem themselves. Probably not a great explanation, try this...

Thanks very much. I am getting better at understanding Steem and this will contribute to me being able to grow here as well.

Thanks and I have had a look at the post in here you put as well, slightly lost haha, can you please look at my wallet and tell me if I am doing things right, remember I have not bitcoin nor any other cryptocurrency but wat to obtain some , or part of coins to have ass a hedge I want to use the steem as my backdoor into crypto currency please.

Thanks for this amazing information!
keep sharing

Yeah, I've been here since last June. I thought this thing was dead a few months ago.

The turning point was the whale expirement. @Smooth and @abit started counteracting whale up votes with downvotes. This changed the platform from one where a few authors got all the rewards to a Dynamic one with changing reward and more active users. After the whales stopped voting the robots stopp d working. All they really did was front run predictable whale voting list. Without whales votes robot returns went down. With reward more distributed user activity increased. The altcoin ramp started about the same time. With activity up post whale experiment people stopped power downs and steem rose making people more excited again.

Dunno about all that, but Steem is making a very strong showing. With the added benefit of user growth, this may be less speculation for speculation's sake and betting on the growth of the platform.

The cryptocurrency and blockchain sectors tend to start out with many happy to invest in what sounds and looks to be the next great unicorn... Then those people end up leaving early, with a bad taste in their mouths. Only to realize 6 months down the road that the project is a success and is growing its users as well as market cap. Being patient, playing the long game and most importantly trusting your gut are the surest path to success in these markets. It's hard to start any new project or platform. Even the smartest most experienced won't be able to foresee all the possible trajectories or outcomes. Especially during the first year following genesis.

I suppose my point is to not bail early (unless we know the ships going down undoubtedly). If you have done homework on a project and believe in what it will and can offer, as well as the people involved. Then take an educated bet and invest a bit. Just always remember to not spend/invest anything you cannot afford to lose. Also try to avoid going 'all in' on a single investment. This is rarely a strategy that has a happy ending.
Most of these projects have tremendous upside to still be seen. So a small investment in many of these projects held long is more likely to yield you a life changing return. More so than going all in on an ICO or similar and hoping to cash out on a quick spike. Also famously known as a "Pump & Dump scam".

Find the value and support what you believe in!

Look at her now, She's a beast! We are going to have $10 steem one day..haha nice

nice that is very good to here :) and I am very glad that I joined this community just a few weeks ago ;)

Interesting. I'm very new here and have lots of studying to do.

8 months ago I didn't know Steemit exsists. Those trains going too fast nowadays...