The birth of a Steem.center wiki article about Witness

Hi steemians, last year I proposed to reward collaborators in Steem.center wiki and the idea is working reasonably well until now: check the last STEEM distribution from September. But after seeing good upvotes and payouts performance in other participants posts, I realized that there are different ways to earn with the wiki collective content.

So I decided to make an experiment and try doing the reverse, publishing the draft of a wiki article first here before adding the content, including references, related articles, etc, in Steem.center. I hope you enjoy: 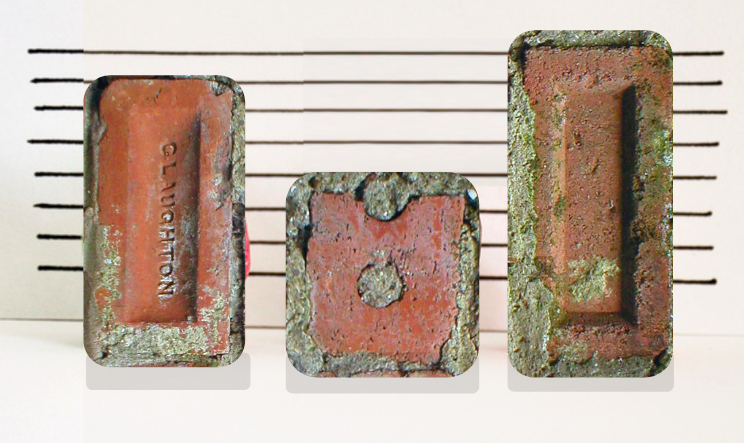 A STEEM Witness is a person who operates a witness server (which produces blocks), and publishes a price feed of STEEM/USD to the network. Witnesses' computers in the Steem network have a job that is to make 'blocks' and add them to the blockchain and also to store the complete blockchain data. These blocks contain information about posts, comments, votes and currency transfers. (1)

Accordingly the Steemit FAQ the Steem blockchain requires a set of people to create blocks and uses a consensus mechanism called delegated proof of stake, or DPOS. The community elects 'witnesses' to act as the network's block producers and governance body. There are 20 full-time witnesses, producing a block every 63-second round. A 21st position is shared by backup witnesses, who are scheduled proportionally to the amount of stake-weighted community approval they have. Witnesses are compensated with STEEM Power for each block they create. (2)

The witness and creator of this wiki Chris ( @someguy123 ) proposed a simple definition: A Steem witness is a person whom operates a witness server (which produces blocks), and publishes a price feed of STEEM/USD to the network. The steemian TeamSteem (@teamsteem) explained that Steem witnesses are computers or nodes run by some Steemians. These are running 24/7. They provide the computational power required to process all Steem actions recorded on the Steem blockchain.(3)

The Steemd shows a top 100 Witness live list in the link https://steemd.com/witnesses and explains that the very round of block production begins with the shuffling of 21 witnesses: the top 20 witnesses (by vote), plus one randomly-selected standby witness. Each is given a turn to produce a single block at a fixed rate of one block every 3 seconds. If a witness does not produce a block in their time slot, then that time slot is skipped, and the next witness produces the next block.(4)

Witnesses have many tasks, Chris ( @someguy123 ) continued, the first and foremost is to produce blocks (thus process transactions), the second most important is to produce a price feed, which is how STEEM Dollars are always worth 1 US Dollar in STEEM (using the 7 day exchange).

Acordingly to the @teamsteem, the price feed is use by the Steem blockchain when it calculates how many SBD it owes for its author rewards. It is also the price feed that is used to calculate the worth in $US displayed in the wallet.

Price feed scripts do this automatically taking the average price from different exchanges.

Chris ( @someguy123 ) revealed that a hard fork happens when 67% of the top witnesses are all running a certain version of STEEM, which means the top 19 witnesses can pick and choose whether to agree with a fork or not. (e.g. Hard Fork 13 and 14 were both postponed for a week, and re-designed because witnesses refused to update).

The less Steemians there is casting their vote for witnesses the bigger their influence on the witness list than if 100% of Steemians had voted. A lot of people are currently missing out on the opportunity of supporting some witnesses and maybe in return have some support from those witnesses.

Vote for the witnesses you think have the most positive influence on Steem. This will help them gain more influence/Steem Power and in return they'll have all the reasons to support you back. The bigger your support the bigger your odds are.

Accordingly Chris ( @someguy123 ) post, blocks are produced in "rounds", which are 21 blocks long, and blocks are created every 3 seconds.
During each block round, the blocks are distributed as such:

In this post published in August 2016, the co-founder and former Steemit CTO @dantheman explained in a more detailed and complicated way: Steem Witness scheduling algorithm

A Witness is paid proportionally to how high they are in the witness ranks, excluding the top 19 witnesses (who get 1 block every ~63 seconds). A witness at rank 30 can produce as many as 4 blocks/hour, compared to a witness at rank 50, which may produce less than 1 block/hour.

A STEEM block is worth 1 STEEM Power (not STEEM, or SBD), which means all rewards for witnesses are less liquid.

Images credit: Photos under creative commons license from Michael Crane and David Bleasdale available on Flickr. Illustrations by myself.

What do you think? Of course this article will be further adapted to fit in Steem.center formatting model, including links to other steemians posts about the subject, related articles and external links and pasted in the respective wiki page: https://www.steem.center/index.php?title=Steem_Witness Suggested posts:
10/6/2017 - @steemcenterwiki: September's STEEM transfers and October's first donation and participants
9/6/2017 - @blockchaincat: Annoying fork
8/8/2017 - The day when I was bitten by the Aedes aegipty mosquito. Warning: graphic content and blockchain mention.
7/1/2017 - Growth idea: Social Media Independence Day on July 4th (#SMID). A Day to celebrate the joy of real life, tech freedom and Steemit first anniversary.
3/4/2017 - Steem and cryptocurrencies as a tool to implement and expand LETS (Local Exchange Trade System)
1/28/2017 - My suggestion to soften the annoying of @curie's repetitive posts
1/4/2017 - How my dog became famous on the internet because this picture of a pet bed made with recycled Mac monitor
12/13/2016 - An easy and simple way to help spread Steemit on Twitter
12/7/2016 - Active wiki users rewarded with Steem

Great work!
I had thought we need wiki article about witness.

Thank you very much! Feel free to repeat the experience translating the proposed article to japanese and post it first on Steemit before including in Steem.center wiki. Thanks, arigatou and good luck again!

I am confused why you offered (1) reference numbers but no reference list at end or links right there.... when you add a number for reference I expect to see a link to that numbered reference

Want to Know More! Check out introduction post on how to use steemitrobot

This post has received a 3.13 % upvote from @drotto thanks to: @inoue.