wagnertamanaha (64)in #independenceday • 3 years ago

In a few weeks, in July 4th, it will be USA's Independence Day national holiday. In this day, while most of people know about the Declaration of Independence 241st anniversary, Steemit will celebrate its first birthday as a fully functional platform, this day in 2016 was chosen to the first payouts happen.

I made some research and created a wiki article about this important date, I found this post from Steemit, Inc CTO at that time @dantheman and current CEO @ned declarations to the press, you can check in Steem.center.

I think we should comemorate the date, reviving the spirit of freedom and fight against censorship, with the same impact when first proposed by Steemit and Steem blockchain. 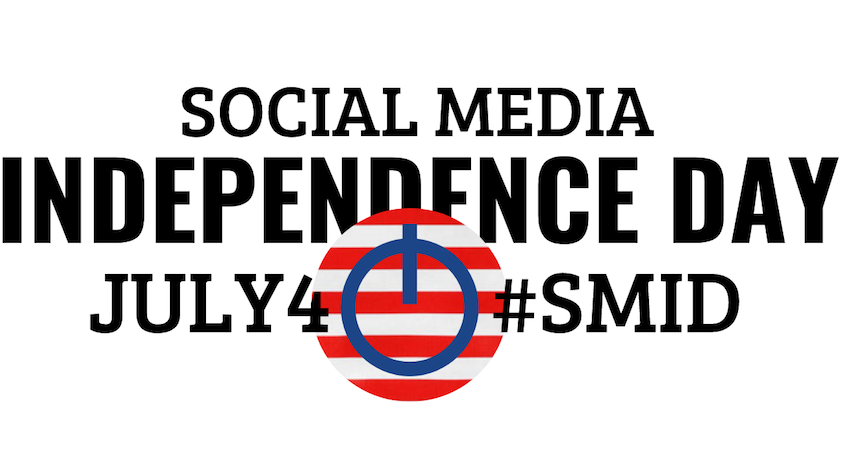 As a form of protest and to call public attention to the social media sites and apps dominance, controling, surveillance, lack of privacy and personal data exploitation by advertising, we can invite all the people to enjoy the entire day being independent from social media.

In 4th of July we could invite people that liked the idea, join the movement posting in their social media profiles only once, declaring their support the #SMID with the commitment to not post, like, share or comment anything for the rest of the day.

If the Steemit marketing team, Steem witnesses and steemians liked the idea, we could be the leaders and main ambassadors of this movement. Everyone here would spread the idea, invite friends and post the #SMID commitment in July 4th, doing after that the all day boycott in our Facebook, Instagram, Snap and Twitter profiles, and even with a great self-devotion, suspend the Steemit activities and upvotes.

I believe this Social Media Independence Day movement could gain engaged supporters and media interest. Steemians, Steem Ecosystem and Steemit can be recognized as the community where it started. I think it would be better than celebrate the first birthday in a Steemit closed party with a lot of self-praised messages and the same crypto monetization chitchat as usual.

July 4th: dare to participate in Social Media Independence Day, logging of and celebrate with friends, family and people in real life :-)

July 5th and further: posts about the #SMID 4th of July's each one joyful activities, balance of the participations, greetings to participants

One way or another, have a nice independence day, thank you very much and Steem on!

Suggested posts:
6/23/2017 - @steemcenterwiki: Ants are our symbol but we must say that the Steem.center wiki hive is buzzing aloud this month, globally!
5/19/2017 - @blockchaincat: Going shopping again
3/4/2017 - Steem and cryptocurrencies as a tool to implement and expand LETS (Local Exchange Trade System)
1/28/2017 - My suggestion to soften the annoying of @curie's repetitive posts
1/14/2017 - Test Poll: would you vote in a poll that the graph results do not update live?
1/4/2017 - How my dog became famous on the internet because this picture of a pet bed made with recycled Mac monitor
12/16/2016 - DIY squeeze cooler for Pokemon Go's overheat smartphones
12/13/2016 - An easy and simple way to help spread Steemit on Twitter
11/31/2016 - Steemit X Prize participation, my brainstorm ideas for promoting and marketing

Maybe for Americans this 4th of July would be great because of their Independence Day, but for the rest of the world can we choose another day @wagnertamanaha

I agree but in July 4th last year Steemit made its first payouts and became fully functional, we could consider this date as an anniversary. Thanks and good luck again!