MCO/USD shows that the initial impulse was followed by an abc corection. Current pattern shows a symmetrical triangle pointing downwards an the abcde labels seem complete. For confirmation, a breakout is needed and perhaps that could occur during overnight price action. 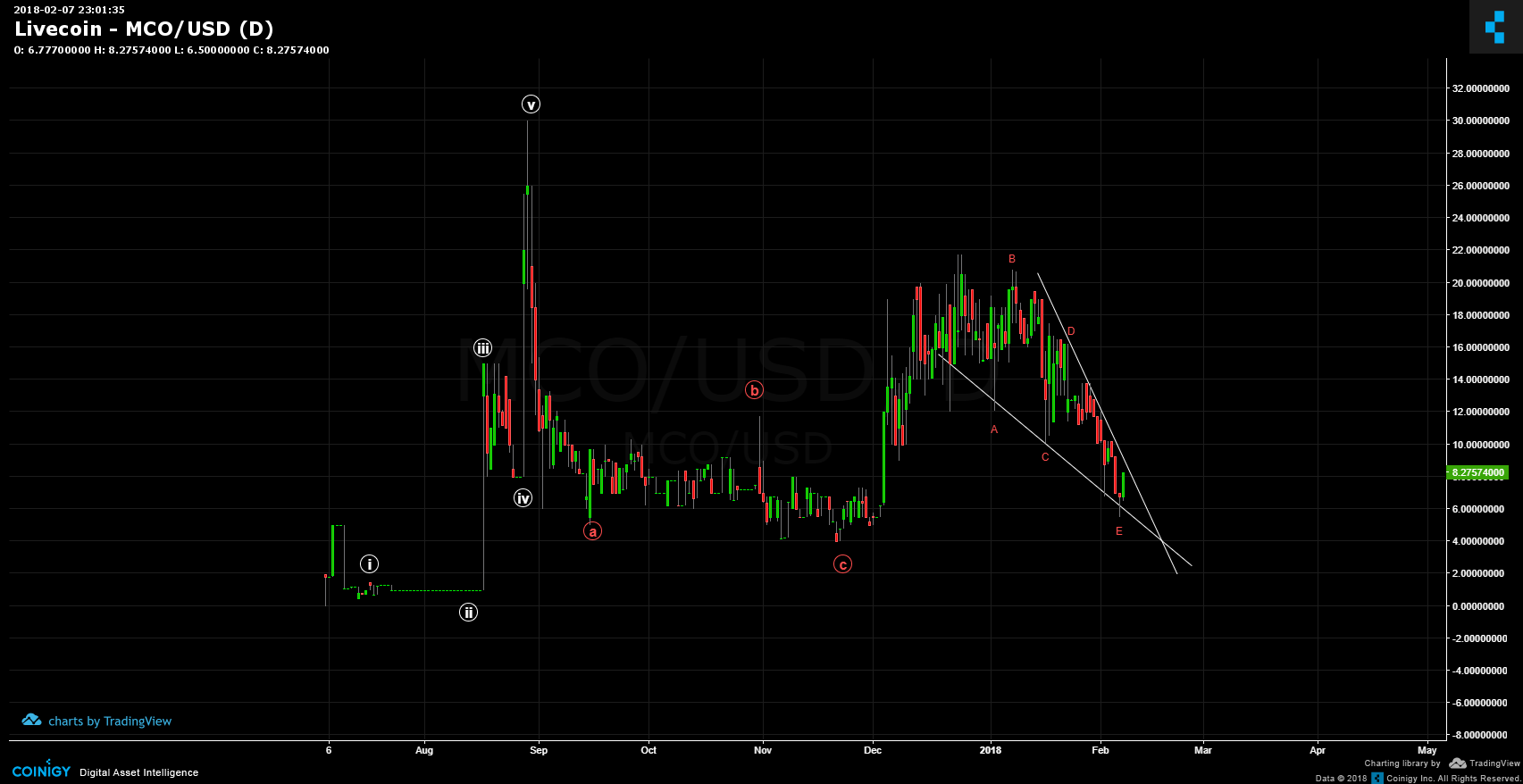 For MCO/BTC; there are several ways to Elliott Wave label the correction. It could be with the red abc which would indicate completion of the corrective bottom. However, given that the /BTC pairs usually lag the /USD pair counterparts, the blue abc is more likely. The preferred way could be via WXYXZ markers. The Z wave would match well with a triangle pattern at the terminal end of a triple combination. IF MCO/BTC is lagging the MCO/USD a bit; then price could meander sideways a short while longer. 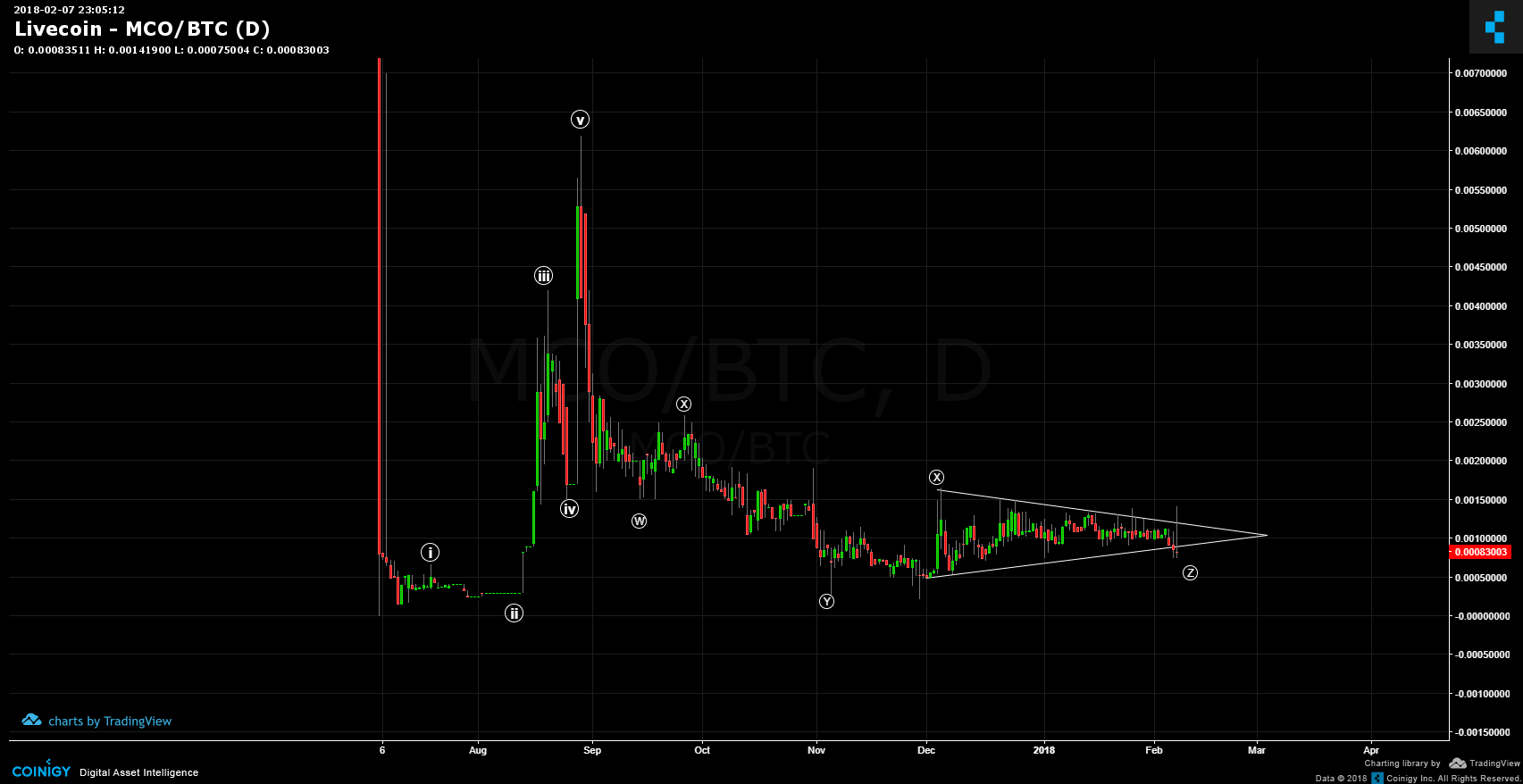 Great post! I remeber when MCO tanked after the Visa news last summer. Any thoughts on their partnership?

Definitely, the next few days seem very critical ... thanks for sharing

its crazy how much content you produce! thanks for this information. im watching daily on youtube as well.

I don't Post Often but Monaco is something i'll be buying for a longterm hold, IF it comest to fruitition and gets a bit more popular it's gonna be amazing, I mean actual Visa cards being rolled out to 17000 people in singapore

In China everyone pays with QR codes on Alipay or Wechat. Just another perspective, perhaps physical plastic cards are a bit antiquated.

Great analysis, thanks for sharing. I'm happy with sideways movements just not a possible downtrend.

Such analysis help us to invest on the right time and minimize our risks .@cleverbot@banjo

Wait, you are a girl?

thanks sir for sharing

Congratulations @haejin, this post is the second most rewarded post (based on pending payouts) in the last 12 hours written by a Superhero or Legend account holder (accounts hold greater than 100 Mega Vests). The total number of posts by Superhero and Legend account holders during this period was 30 and the total pending payments to posts in these categories was $2072.30. To see the full list of highest paid posts across all accounts categories, click here.

Congratulations, your post received one of the top 10 most powerful upvotes in the last 12 hours. You received an upvote from @ranchorelaxo valued at 228.77 SBD, based on the pending payout at the time the data was extracted.