In continuing the series I started here:

Based on the idea by @just2random whom did some excellent coverage on the previous BTC calls of @haejin here:

I am now reviewing the CANN calls made by @haejin for accuracy.

His chart stretches until September of 2018 so I cannot say whether his ultimate target will or will not be correct. I can only judge the shorter range targets and buy recommendation he presented. https://steemit.com/bitcoin/@haejin/cannabis-coin-cnn-knows-how-to-go-higher-and-kill-poverty --* Title should of been bringer of poverty, lol

Ergo based upon his call and when you entered or if you averaged down you had the opportunity to continually lose half or more of your investment with each new purchase.

As we all know BTC began to crash at this point and would lose approximately 49% of its value from the time this call to the current price of $7374.00 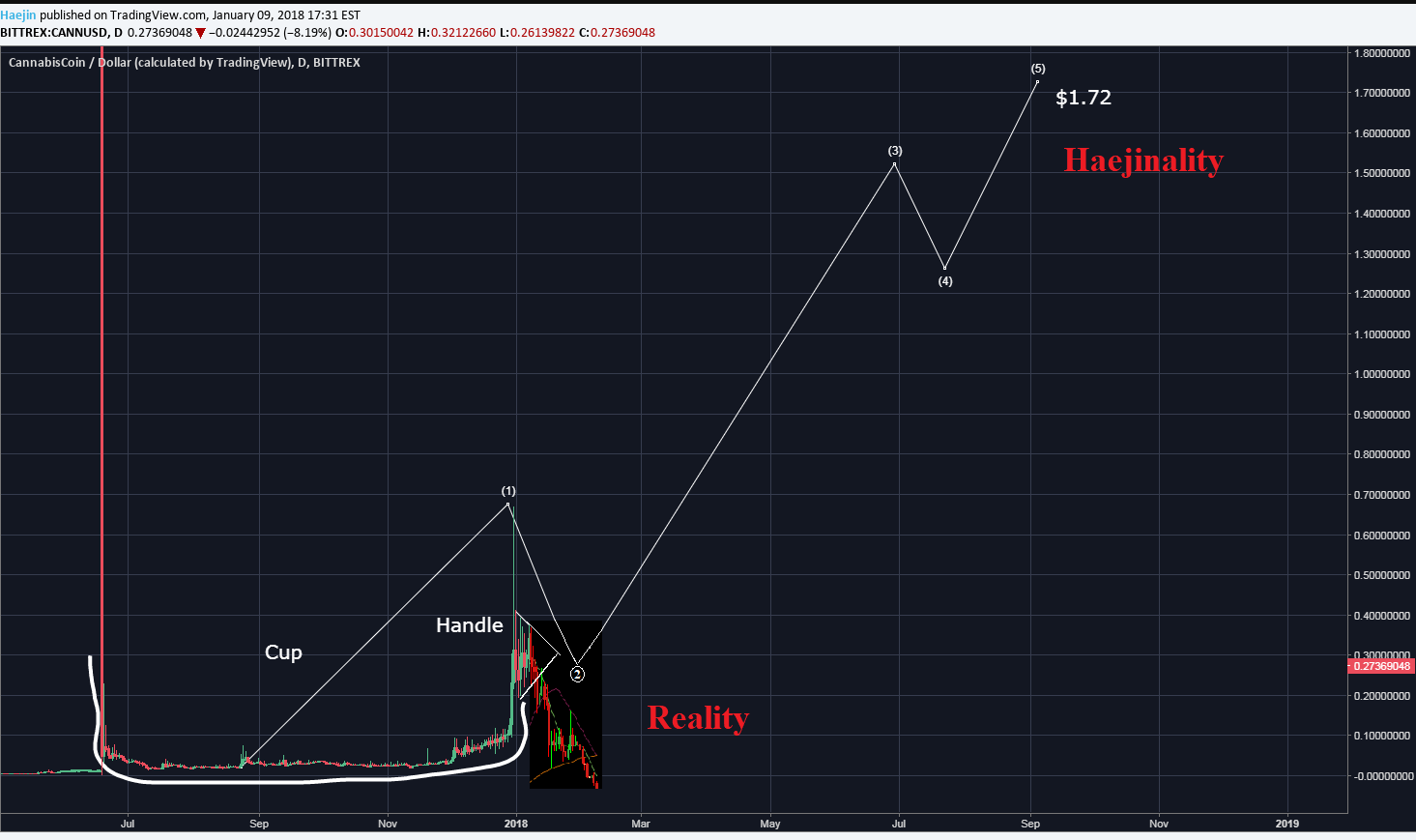 Opinion: Had you of purchased CANN at the time @haejin made the call and HODLED till now your losses would be 76.6%. Had of purchased BTC in an obvious decline and HODLED till now your losses would amount to 49%. Basically the smarter move would have been to purchase an obviously declining asset in a bear market than to purchase on the buy recommendation made by heajin. You would of saved yourself 27.6% in losses to have HODLED BTC; a move which we all would agree at this point would have been dumb in and of itself. Lastly his chart does stretch until September of 2018 so I cannot say whether his ultimate target will or will not be correct, but I can say that buying into a 76.6% loss is not a winning strategy under any circumstance.

0 for 4 so far since January

I’ve been looking into buying some Potcoin. I signed up, but I haven’t been able to buy any yet. It seems like a good investment to me.

why on earth he would down vote a minnow for their perspective. Just ughh. 36 different scenarios and generally chooses the bullish ones. That’s not protection or realism.

I agree, it was a pretty big dick move.. especially when I was pointing out the facts.. nothing more nothing less. I suppose he does not desire that the truth actually get out there and people see he is full of shit..

His chart stretches until September of 2018

By the time any of his predictions are supposed to come true, he'll be off in the Bahamas on a yacht enjoying drinks with umbrellas.

Meanwhile, back Nov. 30th, I said BitCoin was going to correct to $7-8000 levels and said that the late December correction wasn't it.

Is BitCoin at the Bottom of The Correction?

Had to dig in the archives.. lol, but I agree with you.. I also agreed with your call at the time.. but hey what do we know, we don't have a whale or shill account we can use to upvote ourselves over and over with..

The market being cyclic by nature, it is nearly a certainty that we will have to touch the 21 period moving average which now stands at $8205 at some point. When that will occur, I have no idea, save sooner than later.

Moving averages also come into play here, the last touch of the 21 period occurred during the 10 September ($5000 to $3000) during the “Great China ICO Ban Scare”. That average currently sits at $6104 which would really hurt a great many people if we touch it.

I would say it certainly seems that way..