In continuing the series I started here:

Based on the idea by @just2random whom did some excellent coverage on the previous BTC calls of @haejin here:

In all fairness I will start at the oldest first and work from there. 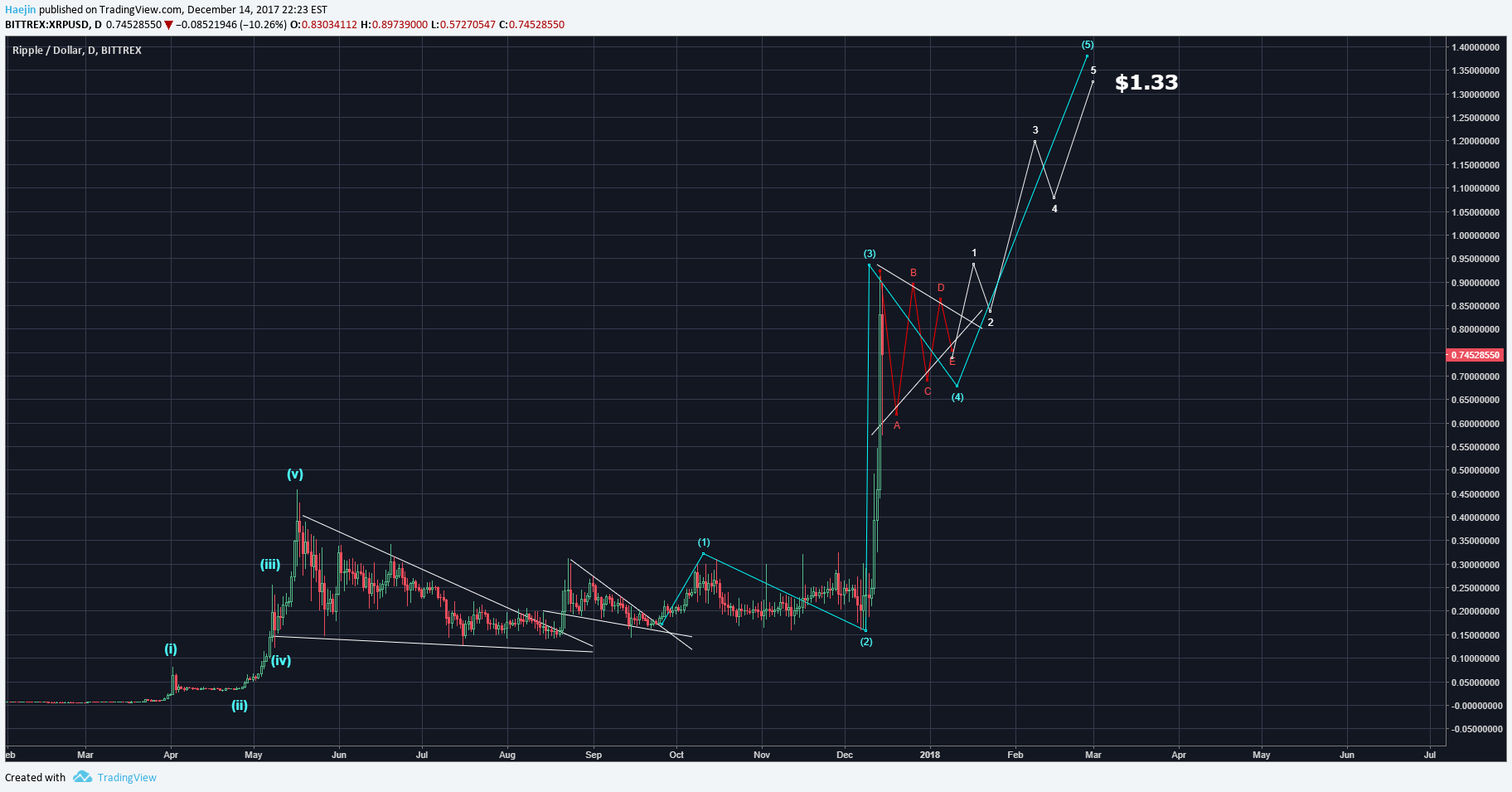 His target was exceeded with XRP reaching an all time high of $3.30 on January 4th of 2018 with a closing price of $2.73 before crashing to a low of .67 cents on February 2nd. As we have yet to reach March, I cannot say whether his ultimate target will or will not be correct. I can only judge the shorter range targets he set in his analysis; which he met in this instance.

Opinion: Had you of purchased XVG at the time @haejin made the call and sold at the close of 2.73 on January 4th you would have made 368%. However, as the view on BTC and cryptocurrency was still extraordinarily bullish at the time of the call and for a number of weeks following, pretty much every other ALT coin experienced explosive price growth as well. In fact even though BTC was already a couple weeks into this correction and down nearly 30 percent from its high $19,891 on December 17th the market did not peak until January 7th of 2018. So this again was more the result of overall market sentiment toward cryptocurrency and not a miraculous call as you could of picked any number of ALTS and made extraordinarily high returns.

And then the BEAR comes to town.

On January 7th XVG was 2.70 Cents and @haijin called XRP to hit $3.56 before February and $4.11 sometime in late March; 309% more bullish than his original March call on December 12th, 2017. Again as we have yet to reach March, I cannot say whether his ultimate target will or will not be correct. I can only judge the shorter range targets he set in his analysis; which at this point seems to be failing in spectacular fashion. 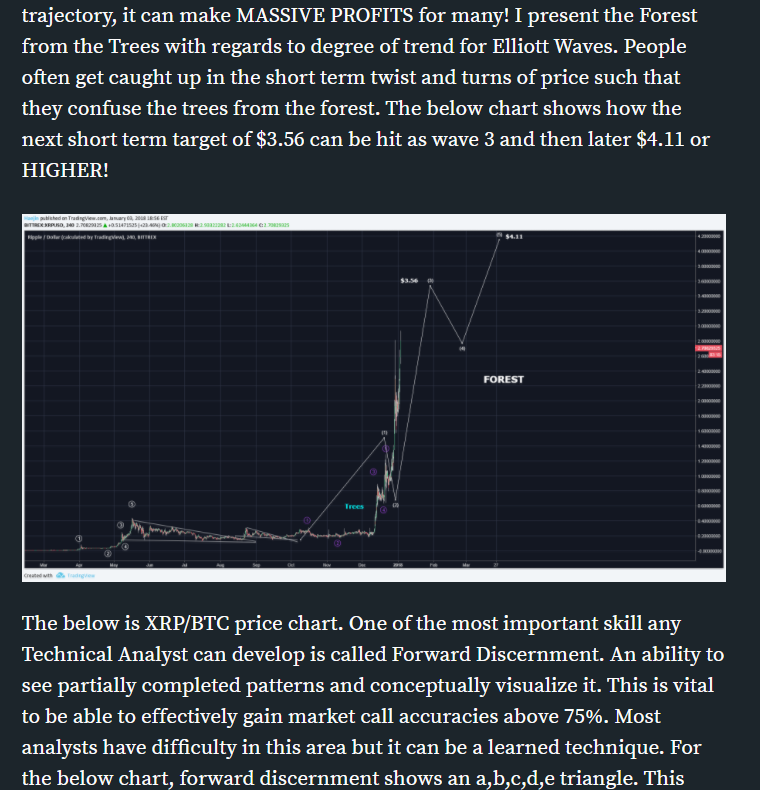 Haejenality: XRP to hit $3.56 before February and $4.11 sometime in late March according to his chart diagram and wave overlay.

Tree level, Forest level, I figured I would add the Bullshit level

Reality: The following day XRP would shed 31% of its value to a low of $1.91 and would essentially lose each and every day thereafter reaching a low of .67 cents on February 2nd. Current price .83 cents.

Other factors: BTC was obviously deep into its corrective period at this time having already hit a low of $10,200 and failing to reach within 14% of its previous high. On the day of this call, BTC was actually selling off and lost 7% having opened at $17,100 and closed at $16,200.

@haejin can pick a winner during a record breaking bull market in which the entire market cap of Cryptocurrencies went up 500% or more; in a corrective phase or bear market he can’t bunt the ball over home plate. Accordingly my magic 8 ball could have likely done just as well as him during the Bull Market time frame.

Additional info: I just love this part from the above call by @haejin..

"The below is XRP/BTC price chart. One of the most important skill any Technical Analyst can develop is called Forward Discernment. An ability to see partially completed patterns and conceptually visualize it. This is vital to be able to effectively gain market call accuracies above 75%. Most analysts have difficulty in this area but it can be a learned technique. For the below chart, forward discernment shows an a,b,c,d,e triangle. This now provides greater awareness in the probable price pathway and this is good, because awareness keeps the panic away! I'm projecting 26,055 Satoshi as the next target step!"

--Apparently his "Forward Discernment" needs a bit of work?

0 for 3 so far since January

Bro..... I got a message from u!
I offered me to do collaborate with each other!
Give me your whatsapp number?
I want to help you and I also want help on steemit!
This is my whatsapp num =+918341227201
I'm waiting for your reply