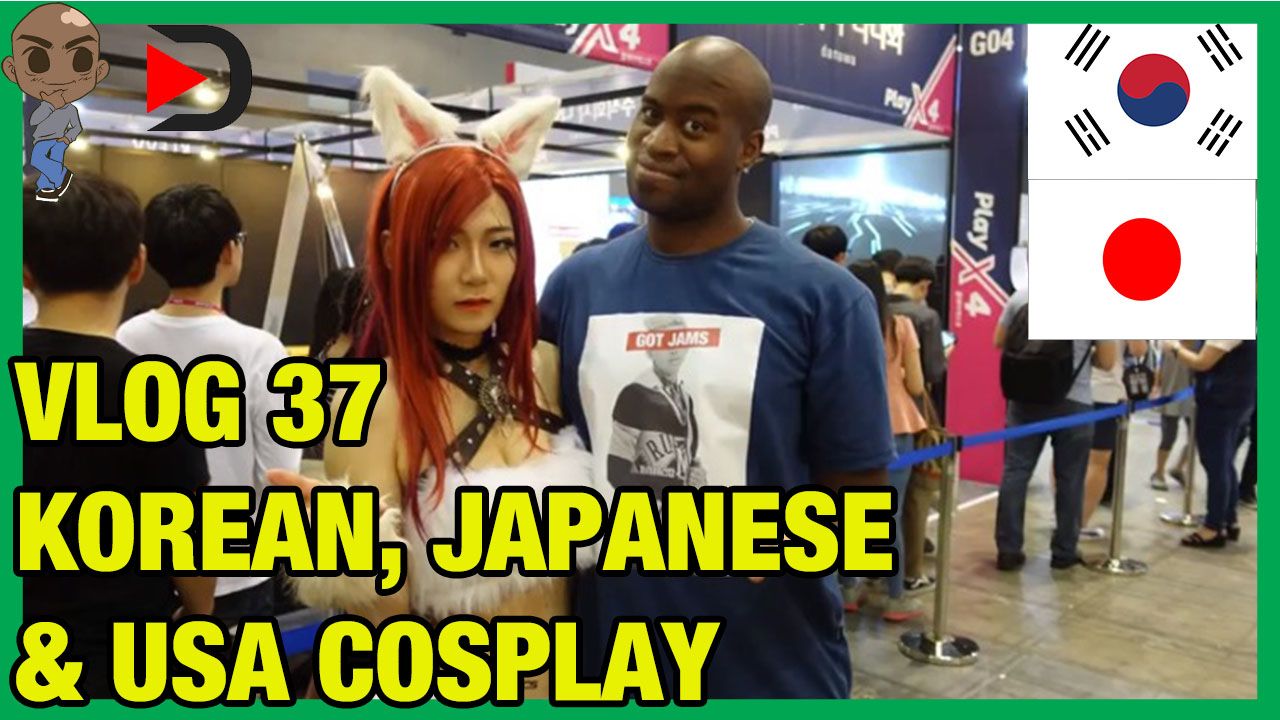 Many people around the world loves them, too! For many years, i've attended events like these in the United States, South Korea, and Japan!

Today, we're going to explore the differences between events in each country!

COSPLAY IS THE SAME ALL OVER BUT THE CULTURE OF CONS IS VASTLY DIFFERENT!!!

The lack of con funk in Japan and South Korea ALONE makes the con scene in both countries better than what's in the USA.

WHAT DO YOU DO AT THESE CONS?!

Meet up with like minded people and possibly form some bonds!

I've made many great friendships at cons over the years. To this day, I keep in touch with folks in the industry. We've helped each other grow through our skills and have made a lot of progress because of it!

QOTD: Have you ever attended a game/anime convention? Which was it and what did you think of it?

Family, thanks for watching and be sure to...

Great vlog, been in conventions in Europe and the bath problem was the same but i think its mostly because lot of people travel long way to get there. They sleep in this place sometimes 1-2 night without taking a shower so...not hard to image how it is

In the words of the late, great Redd Foxx..

I hope you get acquainted with the cities and try some of there food if you have not already. Looks like a nice place to be

I've been back and forth in South Korea and Japan for six years. I still have a ways to go but I love it all the same!

I was on staff with Anime Detour for a decade. I've seen some shit and I can tell some stories...

Alright, I'll do that in a blog post tomorrow. Think I can get an upvote from you when it's done?

Sure. Just let me know when it's up!

The first of many: https://steemit.com/storytime/@ddrfr33k/tales-from-the-cons-the-com-incident

Great volg. My wife and I have been to different cons here in the usa. Looks like we need to up our game and go to Japan and Korea.

Y'all better step it up! You're missing out!

I am currently planing my first visit to south korea and will appreciate your contribution
https://steemit.com/kr/@tymaths/kr

Nice update by the way, i will resteem.

Congratulations @shaunonsite, this post is the forth most rewarded post (based on pending payouts) in the last 12 hours written by a User account holder (accounts that hold between 0.1 and 1.0 Mega Vests). The total number of posts by User account holders during this period was 2810 and the total pending payments to posts in this category was $8237.17. To see the full list of highest paid posts across all accounts categories, click here.

Well, the truth is I have never attended such conventions before. Not that I'm not interested or something, but because it's not done in my part of the world.... But then I would love to attend gaming and anime convention. Hell yeah!! Who doesn't love gaming and anime stuff.... It's amazing

Hey! You're from Ghana! If you're familiar with Sam Okyere, he lives here in Korea! If you ever make your way here, you can always hit up Seoul Comic World! They're every other month and is about $5 USD.

shaq for the win

I loved that gif !!! ♥ and yes, in each place the cosplay is different, I know because here in Venezuela I have gone to several conventions and they are magnificent, a girl made a hinata PERFECT !, I will cosplay Mitsuha from the movie '' kimi no na wa '' ', wish me luck