costanza (69)in #psychology • 5 years ago
This series will focus on some lessons I learned the last 15 years as a sports bettor. 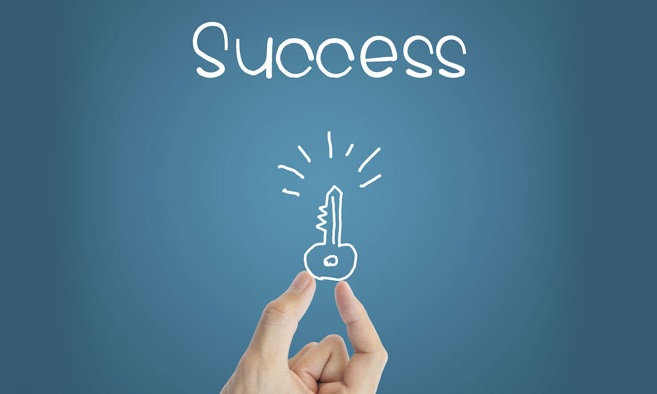 This concept is one of the key factor where winning players differentiate themselves from losing players over the long run. Profitable sports bettors always hold themselves accountable for their actions and results while losing players often blame bad luck or tipsters they followed and lost money on.

When it comes down to following others on their bets, there is a simple question you can ask yourself which can really help to get into a framework where you fully hold yourself accountable.

How is following someones tips framed in your head...

The way you consciously think about it can have a profound influence. If you don't think so much about these things and just go with it as "I follow someone", it is much more likely that you deflect your accountability when things go bad which can get you in a mental state of denial. When you see an outside factor as responsible for your losses, you don't feel the need to improve so much yourself as it was not your fault. Always reverting things back to yourself can avoid you to deflect when you are losing and can give a strong drive to improve. This drive is pretty much what makes Sports Bettors that are able the beat the market in the long run and make it into a living!

This concept of holding yourself accountable also applies in everyday life.

Let me know your if this is relatable in the comments!

Definitely. I do not rely on tips or other types of encouragement. And I have rarely taken advice from any of the online gurus. I'd rather blame myself for a bad bet, quite honestly.

What I do find of great utility, however, is gaining knowledge on the approach to betting. What kinds of factors successful folks employ in making their picks. The types of processes and calculations they devise to direct their choices. I don't use them all, obviously, but I do consider why they are used and what they might offer.

I consider myself a student and a work in progress in the sports betting world, and so I do not tout. My posts here are meant to be A) entertaining and B) to hold myself accountable. I do, however, like to post about my approach to both provoke discussion and to gain insight when folks comment on it.

Great approach, the idea of posting bets mainly for yourself to stay sharp and get you in a situation where you force yourself to improve is very powerfull.

I used to follow a lot of different handicappers myself in the past when it was still easy to do so, nowadays it has become a lot more difficult. The quality vs quantity balance is really hard as you really need a lot of bets to overcome short term luck but it's hard to handicap everything yourself.

I can't say that I follow anybodies tips, that is I don't place bets based on the tips that other tipsters make.

That being said, I do follow other tipsters and I'm very interested in what they have to say. Every once in a while you find a nugget of gold. A different way to approach things, a detailed knowledge of a league or a team,...

Regarding accountability, at the end of the day, the bets you've placed are placed by you - nobody is holding a gun to your head.

Now, let me tell you a strange story about self-responsibility and self-improvement :)

In early 2000s I used to watch a sci-fi show called Farscape. I won't bore you with details, but there's one scene that's etched in my memory forever.

A main character (Crichton) is bitching and moaning about how he can't make things to work out. He's trying and failing, in fact he's making it worse. He wants another character to help him out but he refuses to do it, he doesn't' want the responsibility for the potentially disastrous outcome. The following quote is the gist of it:

Crichton: “I’m in a hell of a slump here. Everything I do just makes things worse.”
Harvey: “Well then, do better.”

“Well then, do better.” - said by an ugly guy in a leather suit is what pops up in my mind when I'm trying to make excuses for my poor performance. I told you it's a strange story :)

Quick google search gives me this, so that you can remember that scene too :)

Sometimes these movies and tv shows actually have an impact and plant a seed in your mind that grows over time and makes a difference. Nice read.

Very interesting post.
I mostly follow other picks from other tipsters, only 20% of all my bets are from my own selection. My turnover would be too low if I would only bet my own picks.

But it's very important and hard work looking for the right tipsters that fit your way, time schedule and mindset of betting. I takes a lot of time, effort and knowledge finding the right tipsters. And because I do this kind of research I feel fully responsible of my results.

In the next couple of weeks I'm planning of writing a post about how I go to work in searching the right tipsters for my portfolio and my way of betting. I think this could be interesting for some other bettors.

I use someone else tips for 2 different purpose :

I think others analyses are always interesting, as long as you use it properly

I used to make the same mistake when i was at the beginning but I realised late on that you are the master of your own decisions and you are the only person to be accountable for them!
Great post! <3

Yes, whenever we follow someone else's Truth we eventually assume the role of the victim. Thing is, over the time we cannot discern anymore between what is truly ours and what not. We think that the external's Truth is our internal's Truth. So we carry along somebody else's baggage. Mental Silence offers a way out of this...

Your post is very good to me and I think it's very effective for us...... thank you for your important nutrition for us.

You got a 1.08% upvote from @buildawhale courtesy of @costanza!
If you believe this post is spam or abuse, please report it to our Discord #abuse channel.