You can also post your Steemit Open Mic link to Steemit Open Mic Post Promotion channel by join us at the Steemit Local Musicians Society on Discord and get more upvotes for your entry. Here is the invite code

**Winners from week 63 will be announced **, Monday, December 18th, 2017 so be sure to follow @luzcypher for updates and thanks for everyone that entered, upvoted and resteemed Steemit Open Mic.

For a fuller understanding of the rules read, What Are The Rules To Enter Steemit Open Mic And Why Do We Have Rules Anyways

Thank you for the positive support from the Steemit community and special thanks to @kevinwong for his guidance, encouragement and support and @verbal-d for writing a song that inspired the idea and @pfunk for helping and supporting Open Mic.

Please contact @luzcypher in SteemitChat for any further questions you may have and you can post your entry there too. https://steemit.chat/channel/openmic

Love you all and this awesome project! My favorite contest on Steemit!

It just keeps going and going and I haven't entered in SOOOOOO LONG!

I am comitting now to entering this week!

Love you @luzcypher and thanks again so much @pfunk for sponsoring and making this project so successful and helpful for so many Steemians and Steemit!

It's been a while. Will be good to hear you again.

Finally got it up!
https://steemit.com/openmic/@walnut1/steemit-open-mic-week-64

Do not make my bunghole angry!... You have any holio?

Thank you i deeply appreciate that. Especially from a great singer like yourself @kayclarity

@luzcypher this my entry on open mic contest week 64 and introducing my two good friends to steemit @janifar aka African bad gal and her very good friend @Dj-calbe when I visited them and saw them in open mic sprite too.

This is cool bro

Hello friends!!
Here is our unofficial entry for the week :D
https://steemit.com/openmic/@mogatiexperiment/open-mic-unofficial-entry-week-sixtywhat-mogati-steemit-experiment-calor-original-composition

Unfortunately, my singing voice could shatter windows, Good luck to the contestants.

lol! Let us sing to YOU then :). https://steemit.com/openmic/@kayclarity/steemit-open-mic-week-64-original-song-winter-lullaby-by-kay-clarity

here is my participation https://steemit.com/openmic/@alishannoor/steemit-open-mic-week-64-original-words

This is my entry, https://steemit.com/openmic/@donatello/steemit-open-mic-week-64-if-i-tell-you-original-song.
Please enjoy listening to my new original song, 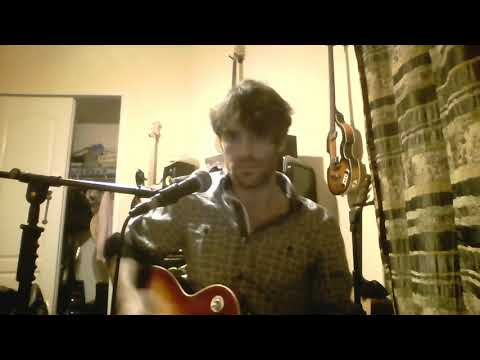 Esteemed Steemians :) It's week 64 of the #steemit #openmic challenge and today I play Valerie, as originally composed by the Zutons and later reinterpreted by Amy Winehouse.

As always, a big THANK YOU to @luzcypher, @pfunk, and all the openmic judges for making this contest as awesome as it is.

Well done...heartfelt reminder of the ultra talented and troubled Amy Winehouse. Thanks for your rendition.

Really nice mate! Even though I don't understand the lyrics, the melodies sound good.

Thank you mate ! i'm glad you like it , I included the translation in my post in case you want to know what the song is about :) . Cheers mate

thank you very much @amyinautumn ! I appreciate your kind words! :) . Cheers!

Beautiful chords progressions, clear and precise voice. Can we have a translation of the lyrics please ?

Thank you very much @michaelstellaire ! :) Of course , I included a translation in my post since I also like the lyrics and meaning of this song! Thanks for listening :D .

This was really fantastic! Your voice is beautiful! I could listen to it all day long! :)

Thank you very much @bethweatcraft ! I really appreciate your kind words. I'm glad you liked it :)

Hey guys here's my entry, i hope you guys like it! https://steemit.com/openmic/@soykatonline/steemit-open-mic-week-64-cuz-we-can-porque-podemos-original-song

Hey guys, sorry I've been gone! Here's a Foals cover with my new guitar! Glad to be back! Enjoy!

Here is my entry! I think I even got it right this time. :) Thank you for having such an awesome contest.

Thank you so much. I practice a LOT, so I hope I am getting better all the time. I appreciate the compliment.

@abyni you have such a beautiful voice!!!! Keep singing! Do you write your own music as well?

Hi Openmic lovers! This is our entry with for this week with an original song called "Leva ao vento" ;)
https://steemit.com/openmic/@lisamalletart/open-mic-week-64-or-leva-ao-vento-by-lisa-and-rhavi-or-original-song
Here the video:

How do i get the comment to show the thumbnail. Any help would be appreciated

If you also add the YouTube link to your comment, it will show up. 😊 Hope that helps!

Right on thank you, it worked! too cool, btw your version of "wicked games" is great

Awesome! Glad it worked. The comment really does look so much better with the thumbnail! Also, thanks so much for your kind words and support! Wicked Games is such a fun song to sing. 😊

Back at home for christmas, lovely out of tune piano cover this time :)

Another of my acoustic rap original songs. Hope you guys enjoy it!

Got a parody for you all this week! I don't know if it qualifies to win because my lyrics are ontop of "Zombie", which I've already done.. but I am still contributing it for fun regardless :)
https://steemit.com/openmic/@kjablonski/steemit-openmic-week-64-a-christmas-parody-original-lyrics

I like it. Which app are you using for multiple frames?

Thanks, I used the Acapella App

Ha! I love this. I never get sick of Zombie.....and I love the multiple parts and harmonies!! <3 Creative stuff!!@kjablonski

Thank you @amyinautumn , such a great song right?! I play it all the time and it still remains one of my favs :) Glad u liked my rendition

That was fun! Nice harmonies :)

Excellent!!! I Really like your performance!!! Regards and Blessings

This is amazing. So happy I found Steemit and this awesome open mic! Here is my first entry, it is an original song I just finished writing last week. I hope you all like it, and can't wait to check out all the other entries.

@luzcypher Thank you so much for hosting this awesome open mic! This was my first time, so hopefully I followed all the steps correctly :)

That was cool! I like the tone of your voice :)

Thank you so much! So glad you dig it :)

Here's our entry for this week: 😎😎https://steemit.com/openmic/@steembirds/steemit-open-mic-week-64-making-steem-let-it-snow-parody

Yes you guys are the Steemit Rock Kings!

Hi! Here I am again!!
https://steemit.com/openmic/@kaizag/steemit-open-mic-week-64-santa-la-noche-oh-holy-night-noche-de-paz-silent-night-cover

Hi Everyone, this is my entry for open mic week 64.

Hey guys! Here is my cover of Wicked Games by Chris Isaak for Week 64. Thanks for listening! ❤️

Sounds good man! What guitar are you using? It's got a beautiful open sound.

Thanks it is a low end Martin 000 size...not a solid wood guitar but it is old and the top is broken in. It is on its last legs and needs work like a full fret job; not really worth it so I am needing a new guitar soon. It helps it sound open that I tune two steps down to a D instead of an E...also you can see that I have a cloth stuffed in the sound hole...somehow it helps with the tinny sound caused by the fret wear.Peace

Thats cool. Thanks for pointing out the little details, which I would've never noticed. I hope you're going to keep this even if you get a new one?

For sure...someday if I have the cash I will get it fixed.

Thanks very much thanks for checking me out!

Thanks for the opportunity! Here's my verse from an upcoming collaborative song, 'The World'

hi guys, this is my entry for week 64

I hope we can brighten everyone's day with this Brenda Lee cover!

An original for this week ... @pfunk, @luzcypher, @openmic
Call this Oneness :)

Here is my entry
Thanks @lucyzpher and @pfunk for this opportunity

Hi guys!! This is my entry!! Thank so much to all of you, and good luck to all participants!! Blessings!!

I love this so much!! @guitartech

Love the lights!!!! Thanks for sharing :)

the christmas effect is present C=

Here is my entry! I experimented with using a better mic this week as well, and it's another original, so I'm excited to share! :)

Hey guys, back again this week with an original song featuring my cat! :)

This was so good! I love your style of guitar playing, and your voice is just great! I'm going to have to creep your blog page now! :)

Thanks a lot! I really appreciate it. Creep away my friend :)

My entry for this week :)

@luzcypher Hello hello hello! this is my entry for week 64!

Hi to all lovely people, this is a cover of a romantic song from Bollywood movie Aashiqi. Show your support with upvotes. Thanks!
https://steemit.com/openmic/@sanjay91422/openmic-week-64-main-duniya-bhula-dunga-cover-20171218t152945195z

Here we go with a solo and arp!!
I will be glad to hear your ideas about this!! feel free to comment in the post :)
peace and love to all!!!

My last entry for a month. <3
https://steemit.com/openmic/@melavie/openmic-week-64-because-we-can-original

Hey my dear steemiana community ... Here is my presentation of this week 64 ... I hope you like it. THANK YOU
https://steemit.com/openmic/@edwardstobia/steemit-open-mic-semana-64-edwards-tobia-nemesis-original-patrocinado-por-pfunk-y-luzcypher

There is my entry for this week. As always, watch it in HD and use your headphones to get the most out of it ;)

Hi everybody, here is my entry with a song in spanish called "Eres Todo Poderoso" from Danilo Montero, I hope you enjoy it and a lot of succes to all the participants.

Leave me a comment and let me know how i did! Good luck to everybody and lets jam!

Hey everyone!
Here's an old original for your listening pleasure
https://steemit.com/openmic/@lk666/steemit-open-mic-week-64-original-song-middle-aged-orphan

Here is my week 64 submission:
https://steemit.com/openmic/@drewley/steemit-open-mic-week-64-jazz-prelude-original-piano-piece

I ve just lost in the great performances and now it's the best post to keep opening replies. thank you guys!

Hey, everyone! I made another original tune for this weeks challenge. It's a very personal song. I really hope you like it.

This is my participation entry https://steemit.com/openmic/@luiscarsamuray/steemit-open-mic-week-64-don-t-worry-be-happy-cover

this is my entry . hope you like it
https://steemit.com/openmic/@yourmercury/steemit-open-mic-week-64-stay-with-me-sam-smith-cover-by-me-yourmercury

Merry Christmas from We The Patsies!

Hello everyone!! this is my song for week 64. I hope you like it.