Crypto Escapades Part 9 - What is Decred? + what is lightning network, politeia

On today's escapade inside crypto we will feature Decred.

Decred is an autonomous digital currency with a system of community-based governance.
Decred uses a hybrid system consensus to find a balance between miners and stakeholders creating a robust and versatile currency.

Decred launched in February 2016.
The development of Decred was funded by Company 0 and its developers individually.

8% or 1.68 million Decred were premined and split equally between compensation for bring-up costs and an airdrop.
Airdrop sign-up was available to anybody and ran through January 2016.
The developers and project members committed to not trade any of their bring-up DCR for 12 months and Company 0 committed to not trade for 24 months.
These coins will be used to purchase proof of stake tickets with the intention of making the Decred network more secure. 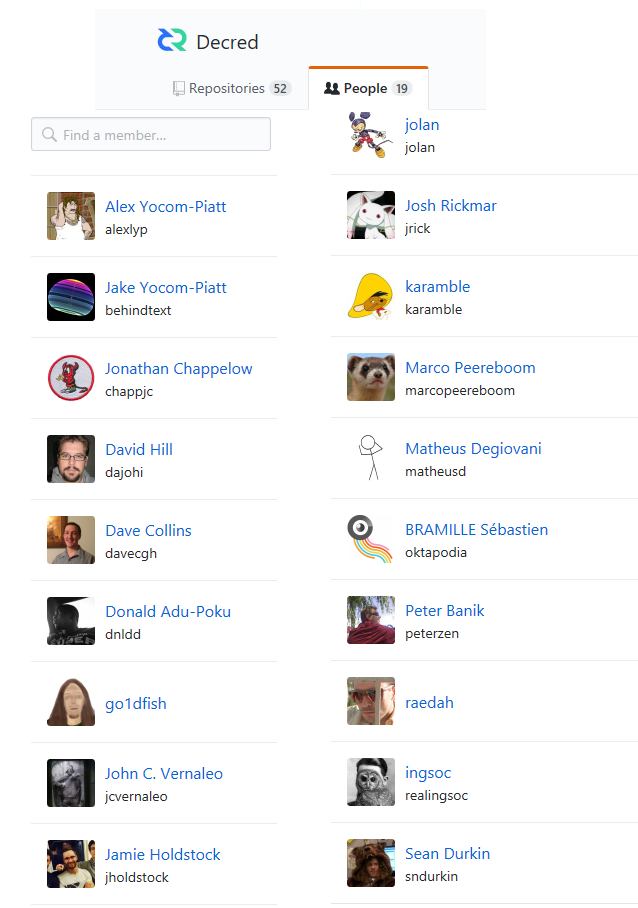 Jake Yocom-Piatt is the organizer of the Decred project and CEO of company0. His last tweet was a little while ago. He is probably out on vacation as you can see on his twitter profile. 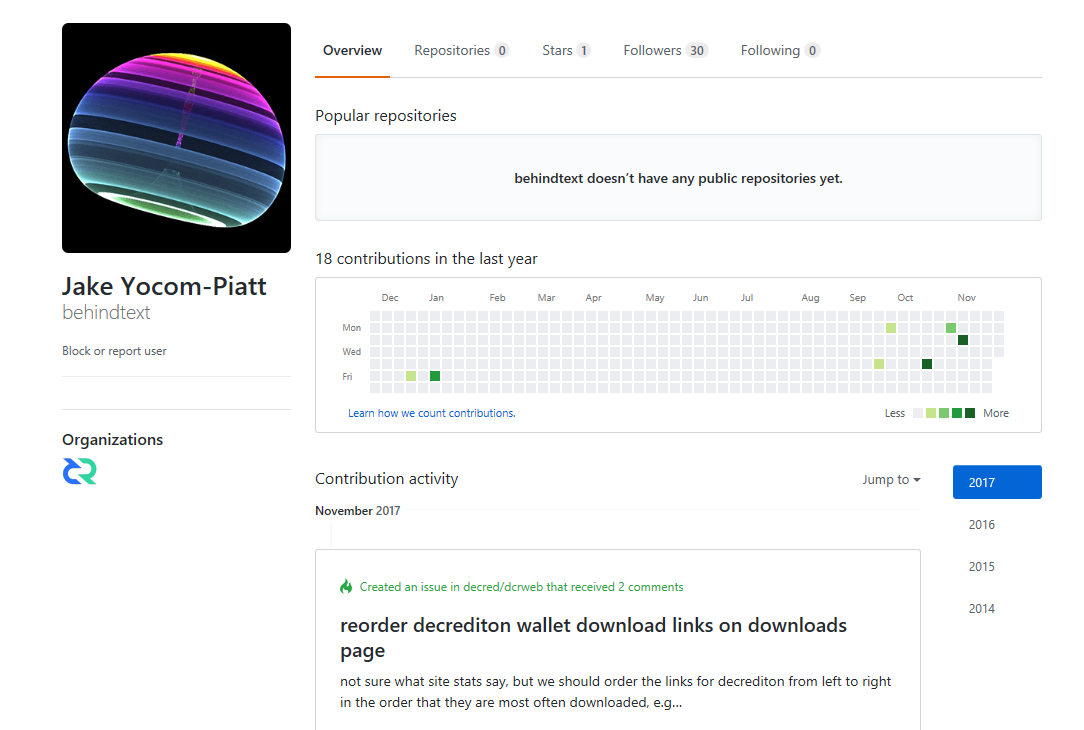 Just kidding, he created an issue on Github this month.

The last update on their roadmap happened in August 2017.
Almost all the deadlines are being made. 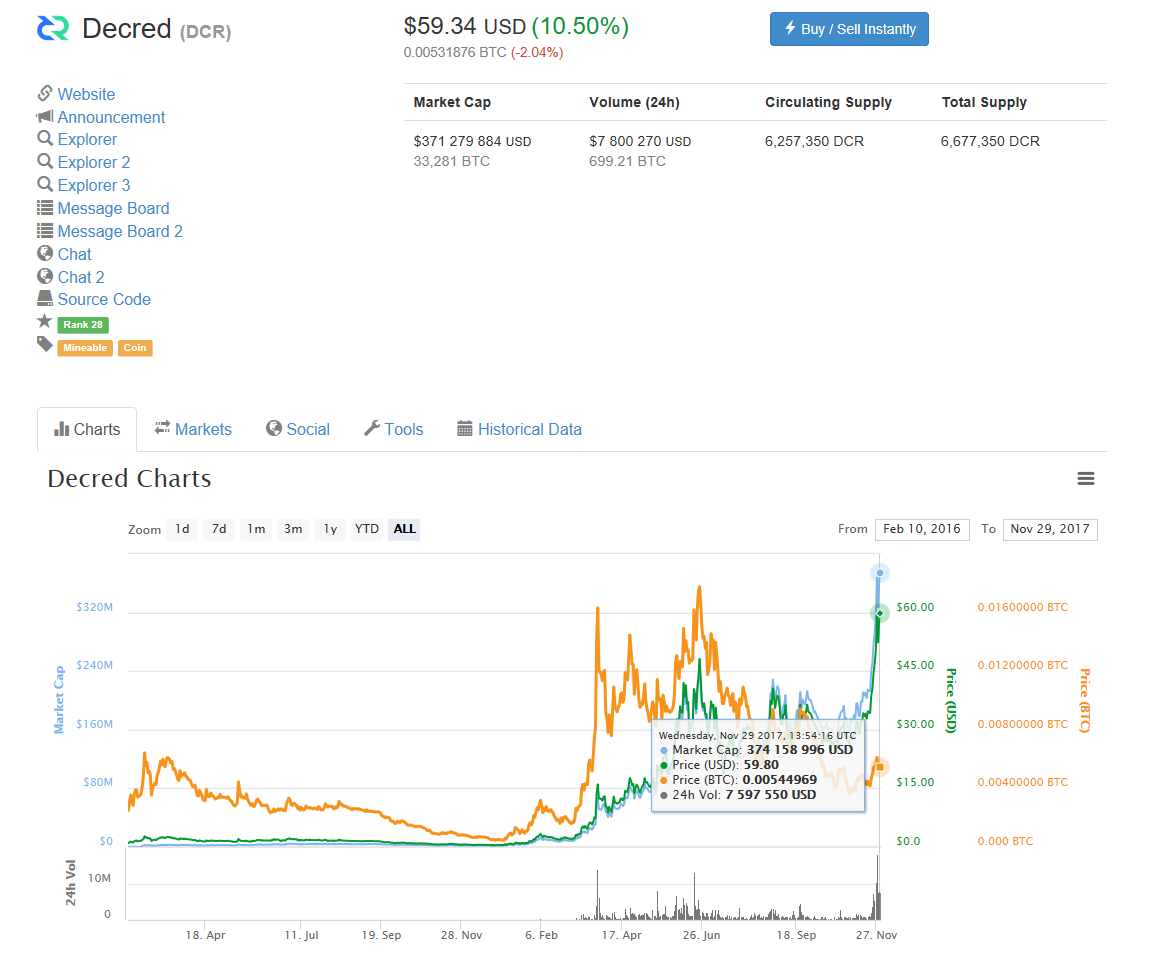 In early 2017, DCR-USD traded below $2 but then broke $10 March and the bullish run didn't stop.
Decred trades under DCR on virtual currency exchanges.

Not much later Decred was added to 3 exchanges: LiteBit, Evercoin and korean Upbit.

November 2017
New website, new block explorer and third-party companies external to the Decred project have revealed their intention to launch ASICs for Decred.

November 26th 2017
Launch of new features will allow Decred to completely support the most useful application of smart contracts to date: the forthcoming Lightning network.
The Lightning network will introduce (instant) micropayments for popular currencies aiming to nullify confirmation delays.
The lightning network allows for off-chain transactions that optionally settle on-chain. This infrastructure has clear benefits for both scaling and privacy.
Decred stakeholders voted on the Lightning implementation months ago (98 percent).

Decred will focus on more privacy offerings in the future. 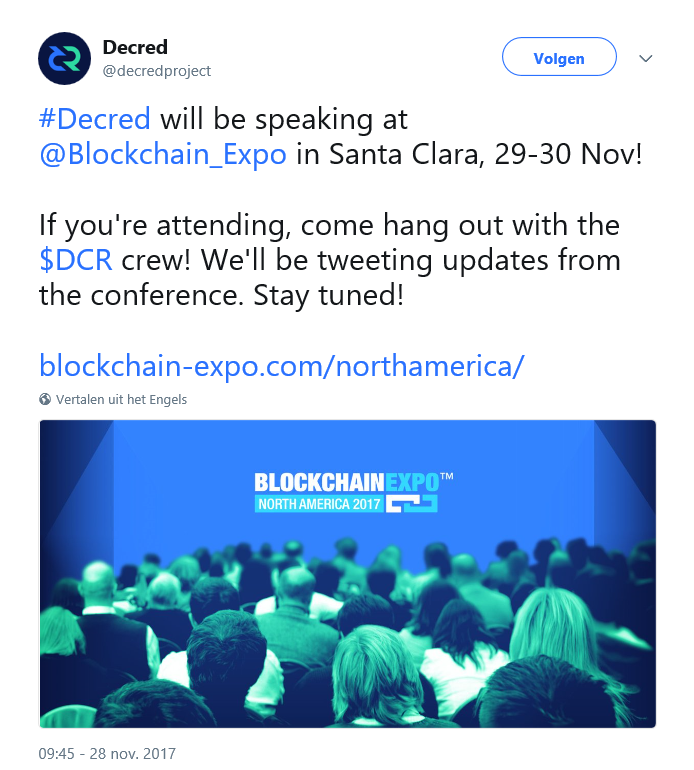 It seems all the drama that could potentially happen with miners (like Bitcoin) will not happen. Decred takes the benefits out of both consensus models aiming for decentralization and better network stability.
On top of that are active in developing. They will keep upgrading the Lightning network and they will focus on more privacy offerings in the future.
On the plus side even more, the circulating supply of Decred has dropped over recent months.
This is due to an increase in staking participation. About 46.65! percent of available supply is being locked for staking purposes. When circulating supply goes down and demand goes up then the effects of economy come into place. Is this a ticket to the moon?

Always invest at your own risk. Be informed, I can help you being updated.
What's your opinion on Decred, do you like their project and is it a long term hold?
We will keep you posted and updated on and any cryptocurrency we feature on a regular basis.

Next cryptocurrencies in this weeks rotation:
Gamecredits