Headlines for the world of Cryptocurrencies - March 25, 2018 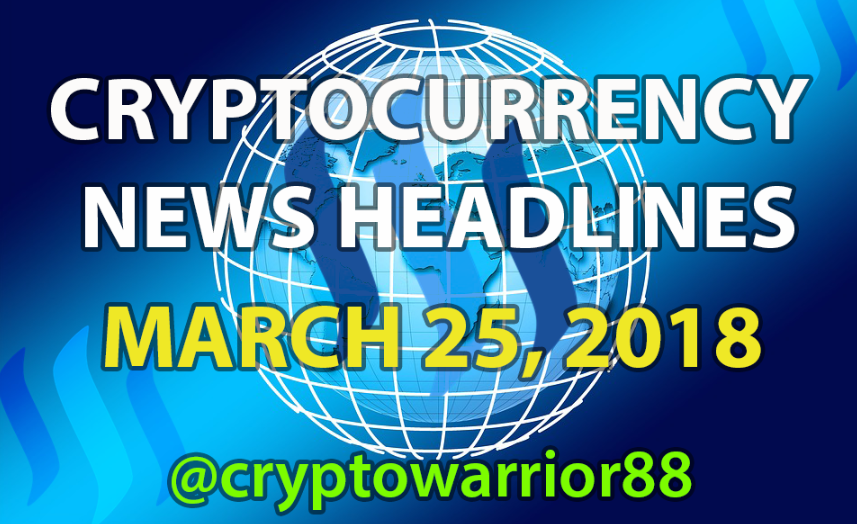 Google's "The Alphabet Inc." is currently developing its own distributed digital ledger which can be used by third parties to post and verify transactions.

The main goal of the company is security in which the decentralized technology will be added on top of the Identity-Aware proxy and multi-factor authentication for further infrastructure improvements.

The firm exploring ways on how to utilize blockchain while their Chrome browser and IoT tool has been outrun by Brave (a blockchain startup) and Alibaba (a Chinese e-commerce firm).

The leading firm in Information & Communication Technology (ICT) in Japan, Fujitsu has recently announced the are launching an international Blockchain Innovation Center in Brussels, Belgium.

The location was chosen for the Blockchain Center due to its geographical, technological, political and linguistic advantages for global organizations that consider blockchain applications.

The Department Of Finance Of Ireland To Create Blockchain Working Group

For a cohesive regulation among government agencies, the Department of Finance of Ireland has proposed to create a new Blockchain working group.

The goal of the working group is to monitor blockchain technology developments and bring a coordinated approach to rules around cryptocurrencies.

The move will be able to address the concerns raised by consumers, industry, the European Union and governments all over the world. Good post..bro keep it up

I think its safe to say that blockchain is taking over.

I think the approach that Google is using exposes the level of greed they have. Prohibiting advertisers from exposing the value of the blockchain and the using to profit is next level greed. But shoutout to Google..