Headlines for the world of Cryptocurrencies - March 11, 2018 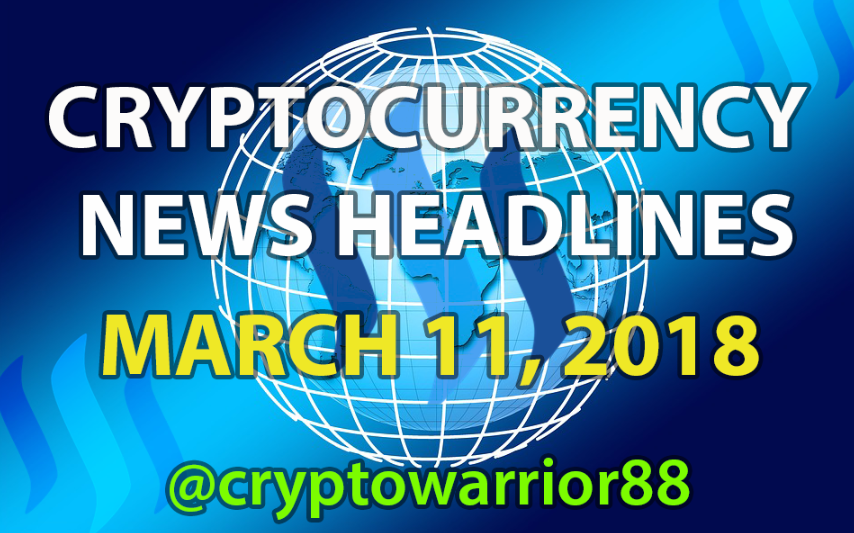 A First Public Bitcoin Monument To be Built In Slovenia At the largest city of Slovenia, Kranj, a Bitcoin monument is set to be built.

The monument will be placed in a roundabout connecting Gregorčičeva and Oldhamska streets.

This will be the first Bitcoin monument to be ever built in the world.

The monument will be built as a symbol of growth of cryptocurrencies as a whole and to become a pilgrimage site for the community.

One of the largest internet companies in South Korea, Kakao is going to integrate cryptocurrency within this year 2018.

According to reports, KakaoPay App, which has over 3 million users will integrate cryptocurrencies that will enable users to send & receive the digital currencies.

Kakao is also planning to launch its very own cryptocurrency within this year, which will be implemented similarly of Binance's coin.

This comment has received a 0.52 % upvote from @booster thanks to: @amirul.

For future viewers: price of bitcoin at the moment of posting is 9242.10USD

Resteemed to over 14800 followers and 100% upvoted. Thank you for using my service!

Your Post has been upvoted and resteem to our blog who have 9690 Followers!.