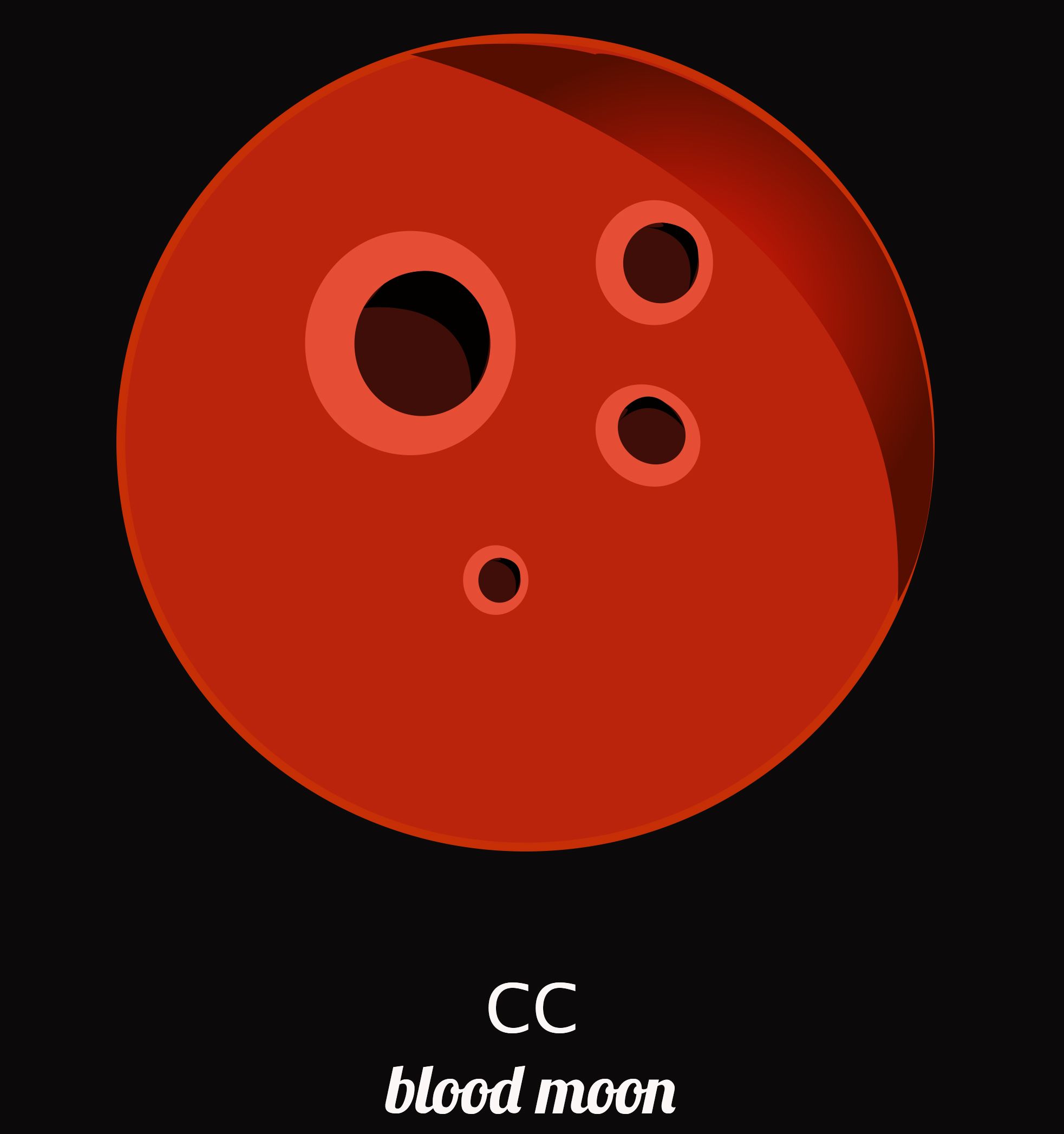 Today is an amazing event in our universe, as usual we could not let this pass, without being inspired. :)

“The rare total eclipse takes place on Wednesday January 31, combining three lunar phenomenons: A supermoon, a blue moon and a blood moon.
Viewers can expect to see a blue moon – the second full moon in a calendar month – orbiting closer to the Earth than usual, making it seem up to 14 percent larger in the sky.
If that wasn’t enough there will also be a total lunar eclipse, which is often described a blood moon because of they way the moon turns a gorgeous coppery red.”
www.express.co.uk

Today is an amazing event in our universe, as usual we could not let this pass, without being inspired. :)
Since, we artists are all a bit lunatic, I decided to create today a few initiatives for our creative kind.

The articles that I will post today on my personal blog @alexandravart and on my community account @ccommons.art are all inspired by major events in our decentralised moony space :)

The bloody moon news is almost eclipsed by the great SLOTHICORN - ART CONTEST. A huge opportunity for every artist to enter the most magical world.

So my first bloody moon initiative it is all about, the Slothy contest.

Together with my friend @diebitch, we were thinking that many of us have amazing ideas for this contest but creating this entire world with all it’s magical elements, takes so much time, so I decided to put in an article a collection of free art original resources, that could inspire you in illustrating the Slothicorn story.
This is not my entry for the contest, it is just a free pull of resources for inspiration :)
To have a background story for the art we made up our own story, unrelated to the slothicorn story. So you could adapt the art in a new original way :D
All the content of this post is Creative Commons licensed, including the text, so you can be inspired and create upon everything here.
All the characters and backgrounds and design elements will be linked at the bottom of the post for downloading all the original files
Enjoy , be inspired and create your own Slothicorn world but do not forget to read all the rules to the CONTEST first, because slothy doesn’t like shitty art :P

_In a decentralized land, far far away from mass adoption, a few shy heroes, with big dreams hidden behind their glasses, started to build up a camp. They have gathered zero by zero and one by ones in big piles of code and they were hoping to lift up a ladder to the moon.
Step by step, rung by rung the ladder took shape.
Curious people came closer to the decentralized land, to see the strange new construction, some sticked around, some told their friends and every day now the camp was welcoming new nerds and many types of geeks.
Gamers too felt the need to bring fun to this new world, and not far behind, artists, writers, bloggers and vloggers were pushed by curiosity towards this enigmatic masterpiece.
The land grew little by little , every day more colorful and strange. Puzzle pieces of code were decorating the landscape from one edge of the horizon to the other.
Mass adoption was closer, but still many were overwhelmed by the intricacy of the constructions and some were confused about the function of the ladders.
Finally the decentralized world made it to the news, but unfortunately, the broadcast informed people that the nerds were trying to steal the moon and so the world would be deprived of its beauty.
Everyone that worked so hard until this moment in the camp,was ready to put their keyboards down ,give up because they were hurt by the horrifying news, knowing that they risked being punished for their dreams.
Fortunately there were visionaries who could not allow this, they formed teams of artists , motivational speakers, blockchain advocates to try to unite forces and build up a new tableau for their new found world.
It was a difficult mission but not impossible with the collective hardwork and focus of the tribe.
In the Creative Sector the artists were faced with so much work that they wryly looked at the octopus, jealous of the additional hands.
Some artists could not cut it, but some were just believers and could not renounce their ideas.
There was this one girl, that always had big dreams, some days she used to get so delusional she thought she could save the world by only using pink. It didn’t matter that logic told her to climb down from her castle in the sky, she was stubborn in her fictional missions.

But today Alex had a real mission, and finally her colors could make the world better.
She had a great vision to put colors in, but the responsibility she felt made her fearful and stressed leading to burnout.
Alex the stressed looked at the mountain of work that was hers to climb

She was swamped with work and didn't know what to do.
Then, a fairy godmother- creative commons, comes to her rescue…
To be continued ..._ 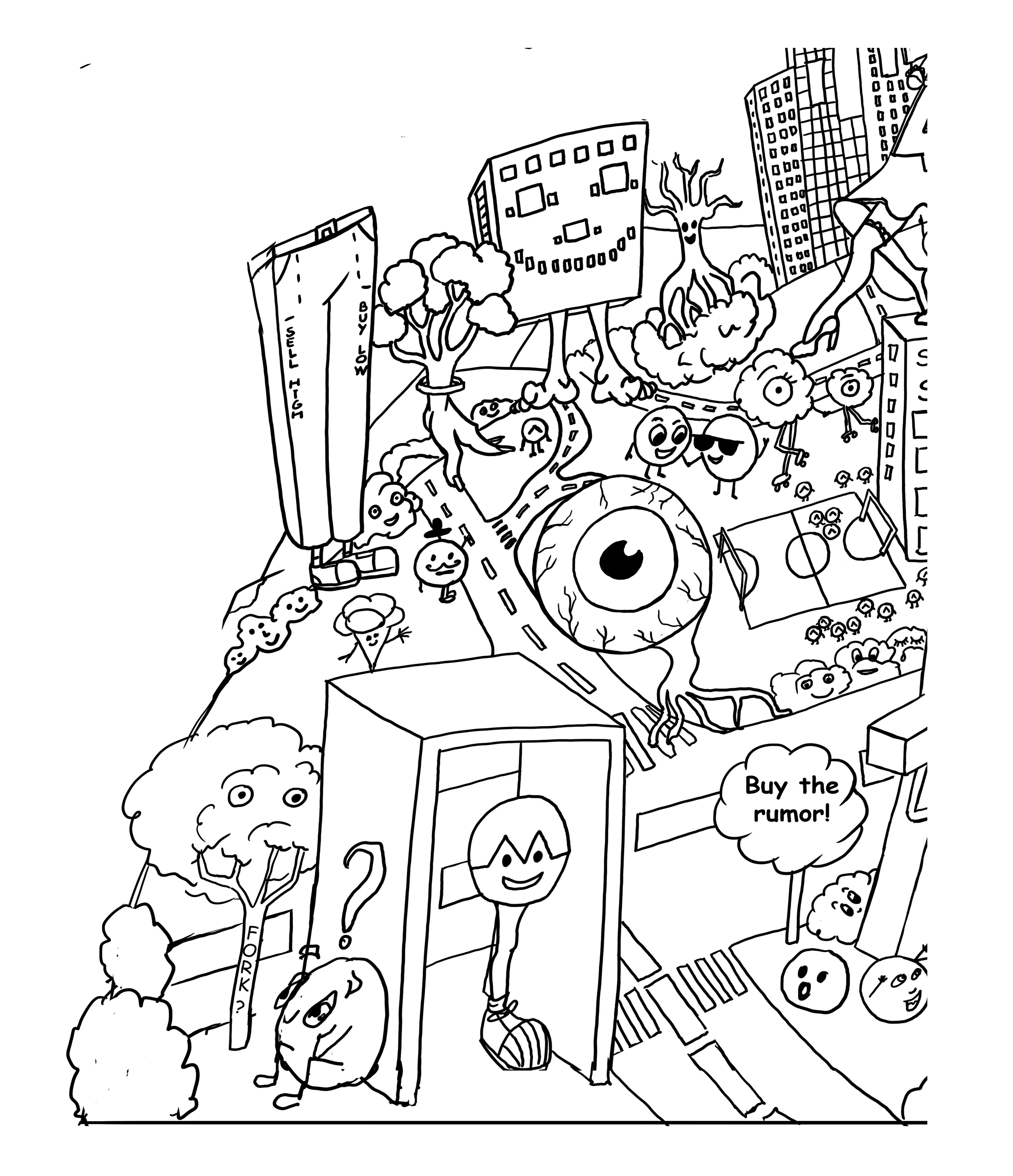 Now we have a decentralized world 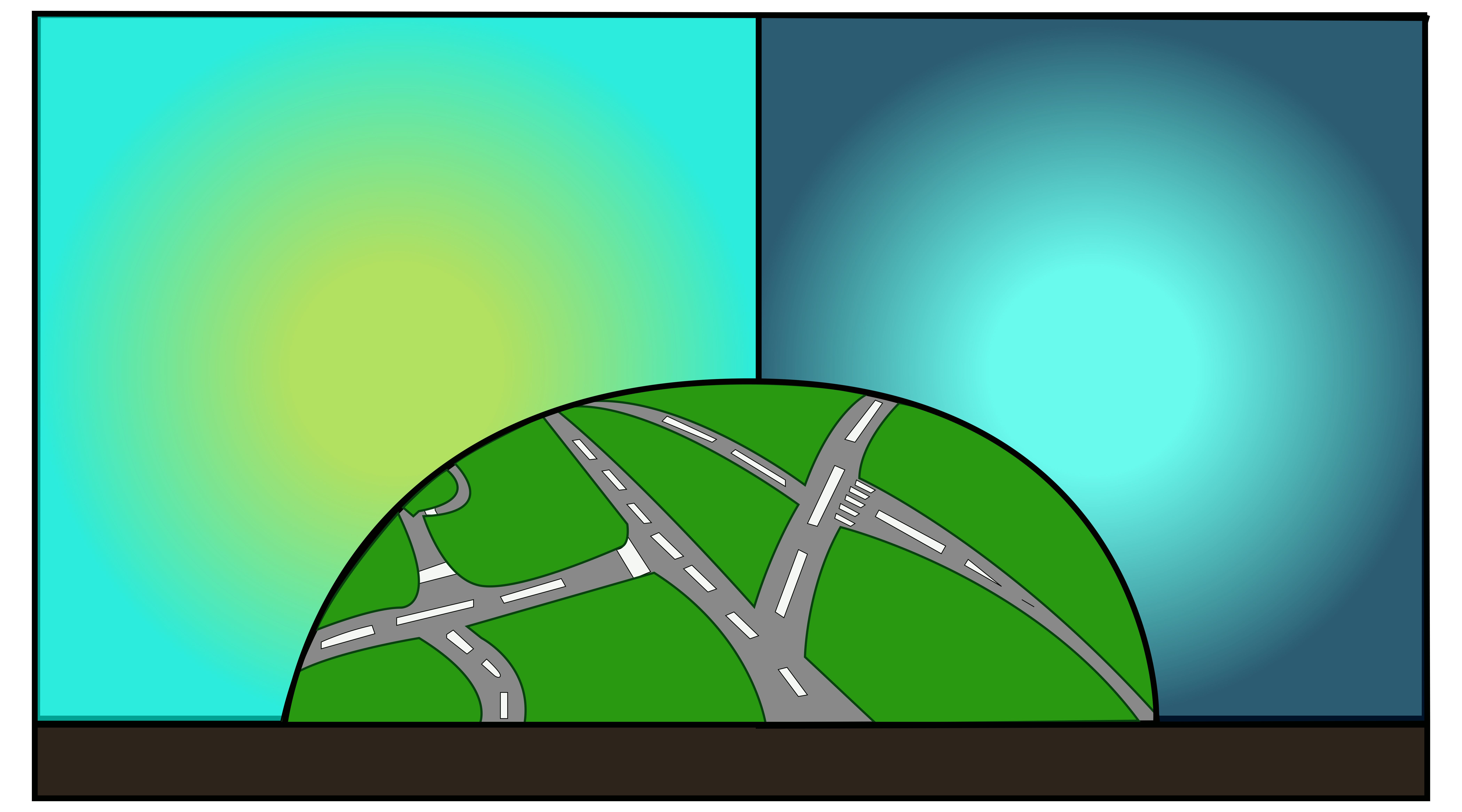 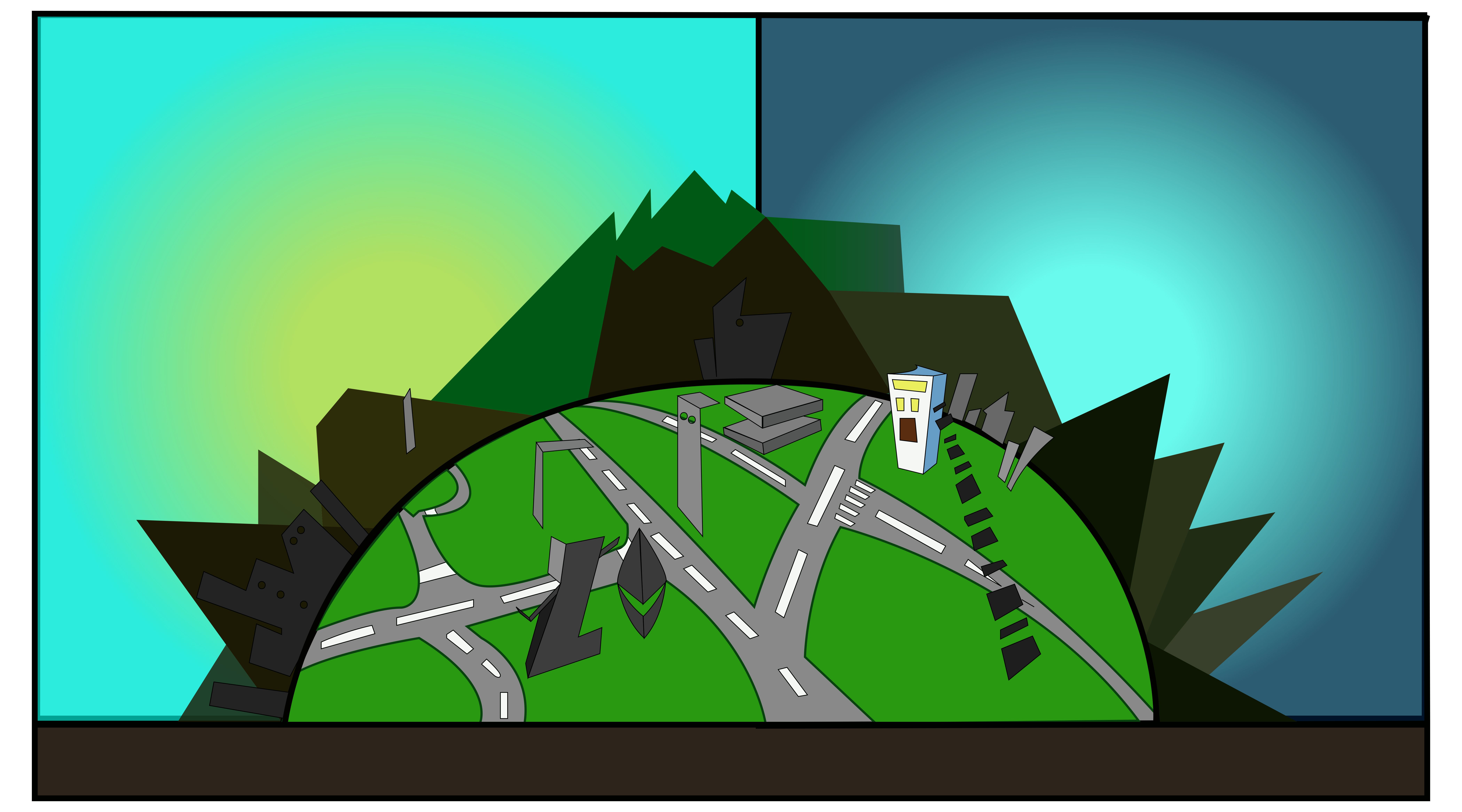 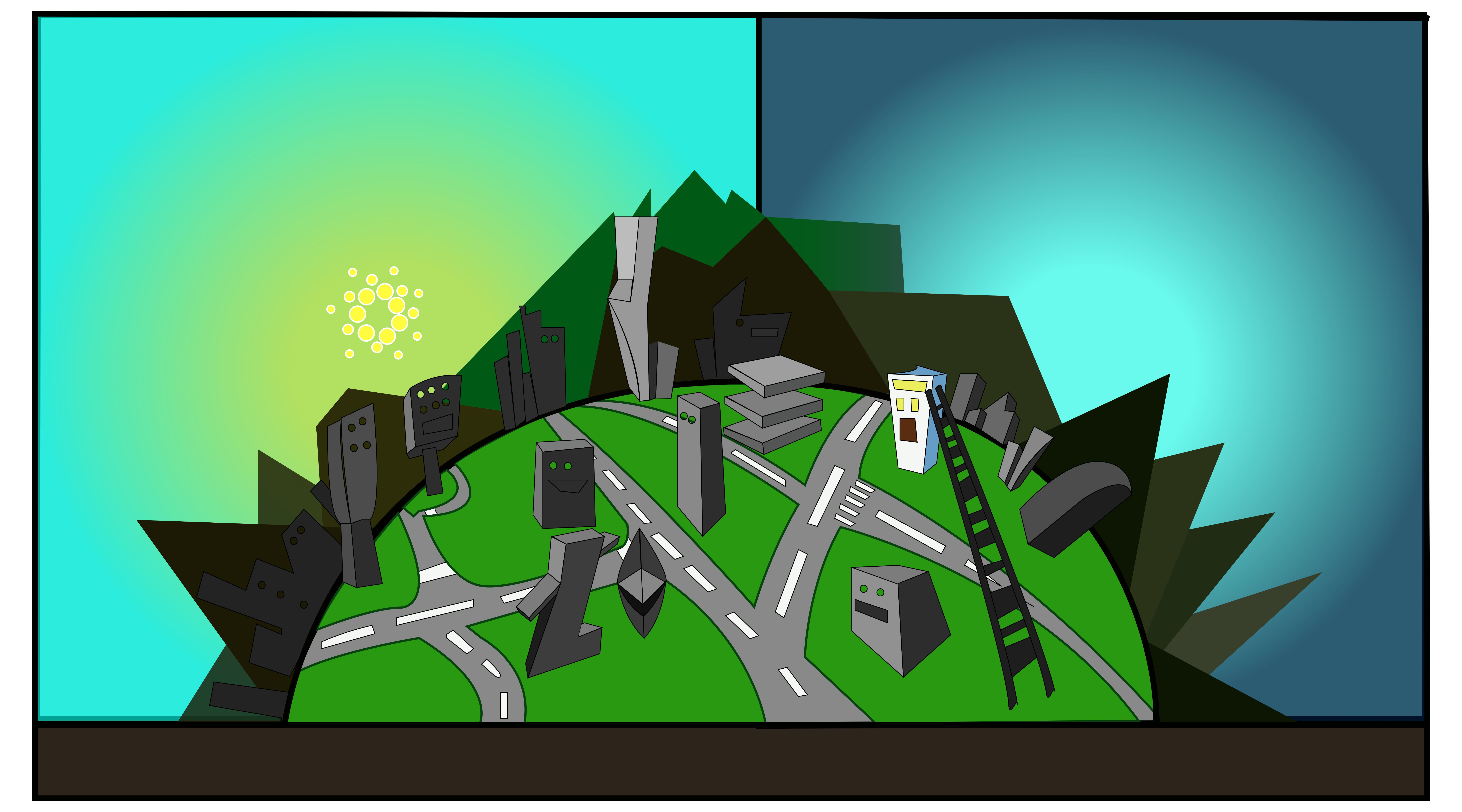 And the sun came out :P 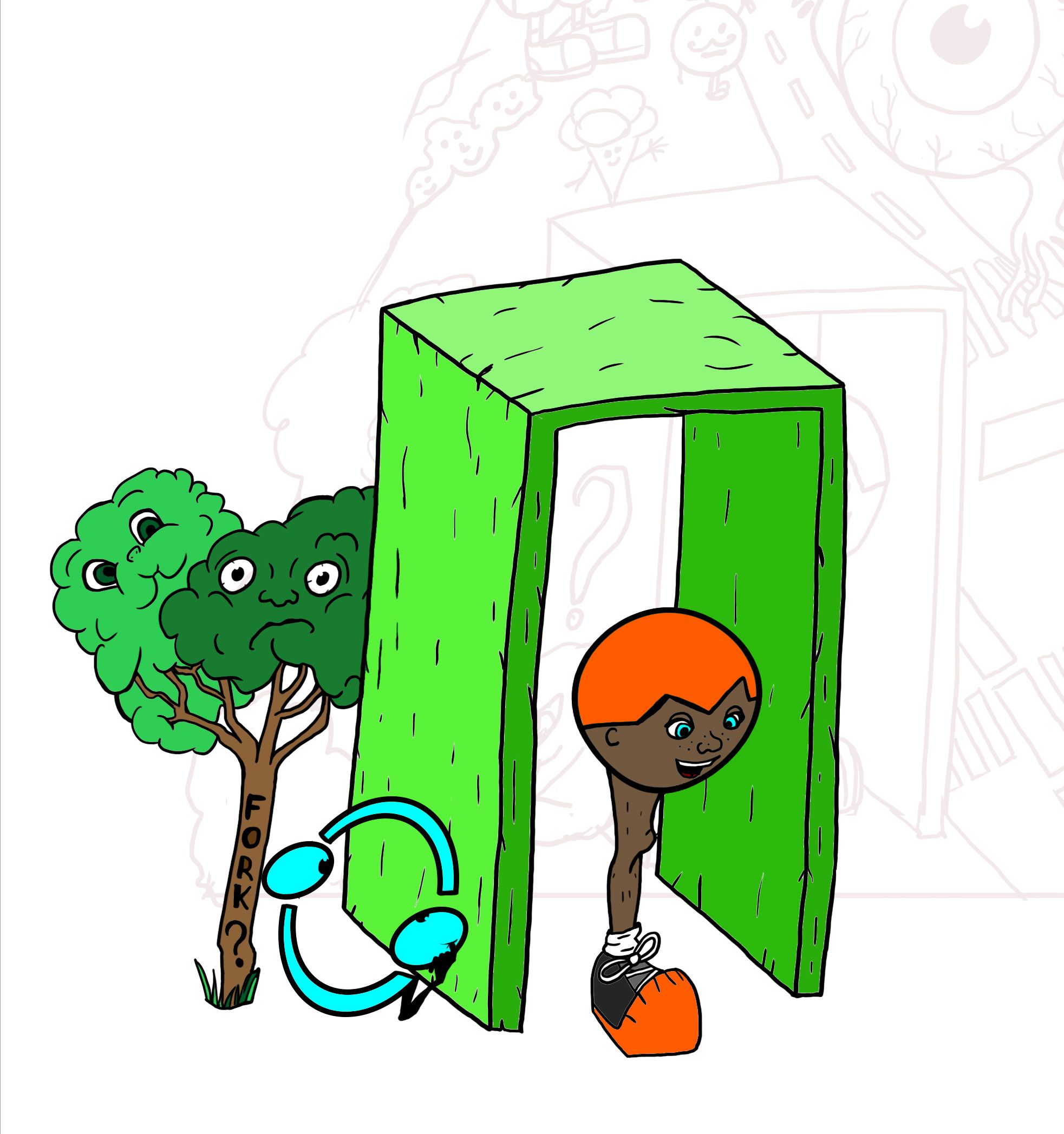 this is my work so far, hope to be able to clean all the line art and make it a vector

That means: you can copy, share, print, edit, re-interpret, remix and use freely even for commercial purposes

If you have any suggestions or are looking to collaborate, please drop us a comment.

If you need information about how CCommons.art works visit this link or this one

tomorrow evening I will anounce the winners :)

This is a great piece i nust confess. Your skill is unrivaled. You capture the attention of the heart in every line while you send the message of strength, collaborative efforts, danger of misinterpreted vision, strength and power of skillful words, possibility in what seems impossible, passion for fulfilment driven by zeal, boldness in the face of discouragement.

wow this is a comment, thank you so much, the post is part of a collaboration, and I think ideas deserve respect and should be treated with the best skills, I also know I could not possibly be the best at everything so I invite collaboration for the best ideas

I agree with collaboration. A pool of skills will definitely result in improved skill and content development. I am fully in.

This is so cool, thanks for putting this together! Resteem

glad you like it, hope to put up more collections as such in the future posts

he he there are many little jokes in that big world illustration the file is huge so I will have to draw it element by element in illustrator, so people could see all the details :D