There are terms that are said a lot in social justice circles, and are clear to everyone in those circles, but may be opaque to others. One of those is a phrase I've already used a couple of times here: Intent isn't magic. Let's get into it.

Let us start with an anecdote. A black woman posted on twitter about a racist incident. The incident was enraging, and so the black woman expressed rage. Several white women responded with possible explanations for the incident, talking about how the white woman who incited the incident by calling the cops on two young men of color because
"they wouldn't answer questions" might not have meant the results of her actions.

Now, this story illustrates the point not once, but twice. Here's the obvious one: The intentions of the original white woman don't matter. When you call the cops on people of color who aren't committing a crime, you are putting their very lives in danger. The very best case scenario is humiliating them and ruining their day. The worst? Well, we've seen how that ends countless times.

This is a woman whose intellect cannot be doubted. And these allies, likely followers of the woman, possibly fans of her work, know this. And yet, in their well intentioned attempts to talk this through, to find explanations - specifically explanations that exonerate folks who looks like them, they are creating harm.

When we say "intent isn't magic," what we mean is that when you cause hurt, the fact that your intentions were good doesn't absolve you of that hurt. "I was only trying to help," is something allies say a bunch. And it's usually true! We're a well meaning bunch!

But allyship is a process and ally is a verb and we all make mistakes. I've made mistakes, and I can pretty much guarantee I'll make more. And when called out on them, what do we do? That's right. We own our shit, apologize, and do better 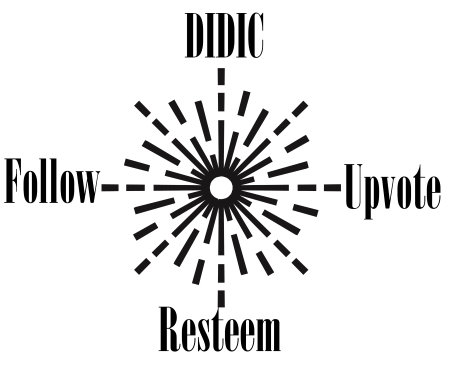 I started reading, and I was like, 'wait is this about N. K. Jemisin's tweet, I think I saw that exchange...'

It's definitely important to distinguish intent from impact. I like the "treading on someone's foot" analogy for explaining this one—if you step on someone's foot, hopefully, your instinctive reaction is to say sorry, rather than explaining that the person's foot shouldn't hurt because you didn't mean to step on it. Same idea applies to intent in these sort of instances.

Thanks for your usual succinct explanation of a basic but important allyship issue.

And yes, indeed to the rest.

That is a GREAT analogy about stepping on someone's foot!

Thanks, though I can't take credit for it. I wish I could find the blog post that I originally read it on—I'd very much like to cite them, but it was years ago, and despite the theoretically eternal nature of the internet, I can't seem to rustle it up...

Good intentions are, well, good to have. But I also think you're exactly right - they can only take you so far. You have to look at the effect of your intention and change your behavior when you realize the intent is taking you down the wrong road.

What's that saying about the road to hell....? I have a very dear relative who often declares, "Doesn't matter what you meant to do. Doesn't change the outcome." Of course, the law does care about intentions, which can be perplexing. Parsing intention from effect is not easy.
In reference to the case you cite: race is never neutral. No matter how careful we may try to be, everyone (in the US, anyway) is affected by our collective history--which is one of racial insult. Tread lightly, no matter your background, because we all share a culture that was, is, saturated with racism.
I

own our shit
xx

Congratulations, your post has been included in the latest Powa Moves curation post from @teamgirlpowa! 💖 Thanks for helping make our team so great.

Always a good reminder. Impact outweighs intent in so many things - but yes, lives are at stake here!

You make a very good point. I like to think that I don't try to excuse/argue/fix... but I know that my fault is that quite often I'm so afraid of saying or doing the wrong thing, that I do nothing at all and that isn't better.

Thank you for writing about this topic in such a clear and concise way. It is less overwhelming and much more helpful to someone like me who gets easily overwhelmed with heavy emotional topics like these.