He had been kind to me. If there was a chance at using that to my advantage, I had to take it.

I knew what had to be done. And, it would take care of two problems at the same time. I was going to offer myself up to the doctor.

It's Sunday, and I'm just thrilled to bring you Chapter 10 of Alexis' story. Thank you so much to everyone who supported yesterday's post, Chapter 9!

If you're new to the story and want to read the previous chapters, I've provided the links at the bottom of the post.

Thanks for being here, and enjoy! 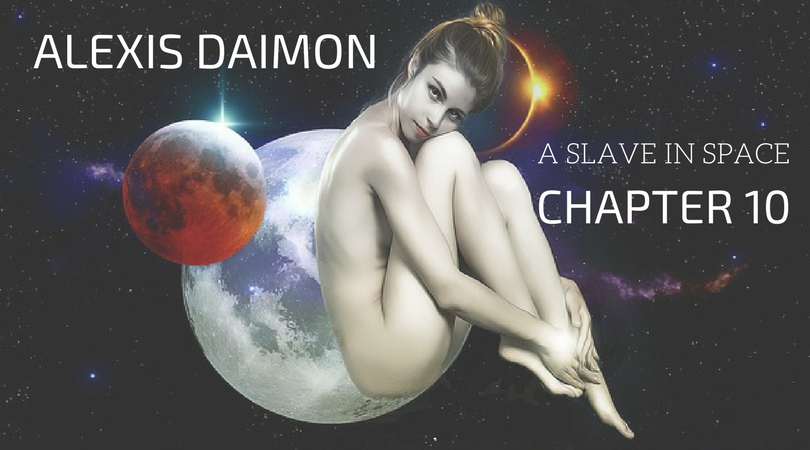 I laid there for a couple of minutes debating the best way to go about the initiation of my plan. Should I ask him to fuck me in so many words? The direct approach was sometimes the best.

But, no. Something told me I needed to be a little more subtle. I wanted to gain his sympathies at the same time, so if I could convince him that I was weak and frightened, maybe that would bring out his softer side. And maybe he won't be as rough with me this time.

I squirmed slightly, making sure my ass rubbed against him in just the right spot, but only lightly. I didn’t think he would suspect me of trying to manipulate him, but I still needed to be careful.

I let out a soft whimper followed by a moan. I squirmed again in his arms, and he tightened his grip on my body.

I tried wiggling away from him, but he held me close.

“Please,” I said, quietly. “I can’t sleep when you’re up against me like that.”

He was silent for a moment, and then he let out a surprisingly loud chuckle. I jumped at the sound.

“I’m sorry,” he said, still laughing. “I’m not laughing at you. I just didn’t expect you to say that.”

He released me from his grip, and I rolled onto my back. He stayed facing me, and I could see his outline now as my eyes adjusted to the darkness of the room. “Why can’t you sleep with your body touching mine?” he asked, sounding genuinely curious.

“It’s confusing,” I said. I didn’t have to lie about that. It was confusing.

He scooted a little bit closer. Was he taking the bait?

I felt his breath on my neck. My own breath caught in my throat.

Before I could say anything else, his mouth was on my neck, and I was effectively rendered speechless. He brought a hand to my face and cupped it gently as he kissed me over and over, slowly making his way up my neck to my mouth. When his mouth finally reached mine, my lips parted to allow his tongue to gently probe inside. He was on top of me in an instant, and my body melted as I sank into his embrace.

My plan had worked.

His touch was gentle, yet deliberate as he ran his fingers lightly over my breasts to caress my nipples. He deftly removed my tank top and sweats before climbing back on top of me and spreading my thighs open with his knees. 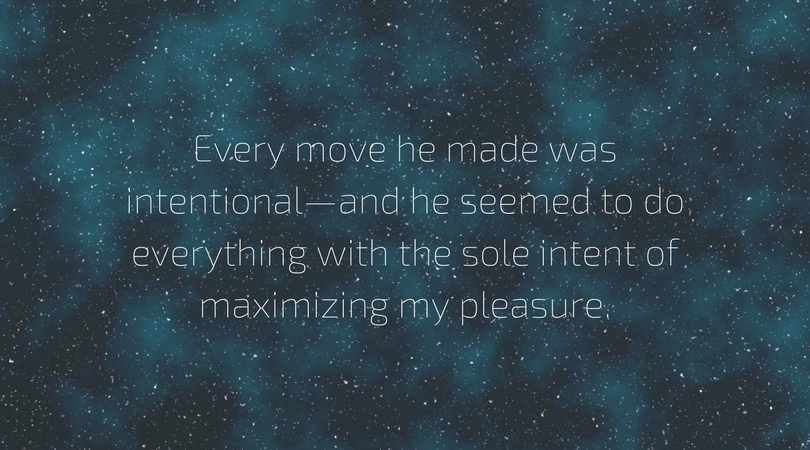 I was lost in the ecstasy of the moment, my eyes closed. I didn’t want to think of Dr. Masterson, but it was difficult to ignore the gentle, earnest attention he was giving me. I’d never made love like this before. Every move he made was intentional—and he seemed to do everything with the sole intent of maximizing my pleasure.

He made love to me slowly, the rhythm of his hips like the fluid motion of gentle ocean waves.

He teased me until I was moaning and writhing in frustration beneath him. Then, he brought his mouth to mine in a deep, passionate kiss. A moment later, I felt a powerful orgasm building. He felt it too, and he held me tight as he thrust more deeply. I reached climax, crying out before falling back onto the pillow, exhausted.

The doctor paused for a moment, propping himself up on his arms above me. He was still inside me, and my body shuddered again.

“Are you finished?” he asked. Through the haze of pleasure, I wasn’t quite certain he’d said those words at all. It seemed out of place somehow.

“Helloooo,” he said. “I asked if you were finished.”

I guess he had said that.

“Am I finished?” I asked, blinking.

“Yes. Are you finished using me to your satisfaction?”

His tone had taken a sudden sharp turn, and something had changed about his posture, too. I was definitely more awake now.

He pulled out of me, and before I could close my legs, he thrust himself deep inside me again. I let out a startled cry.

“You didn’t think I’d see through your ridiculous attempt to manipulate me while also getting your rocks off?”

He laughed, and I couldn't tell if he was amused or angry. He thrust again, hard.

He covered my mouth with his hand. 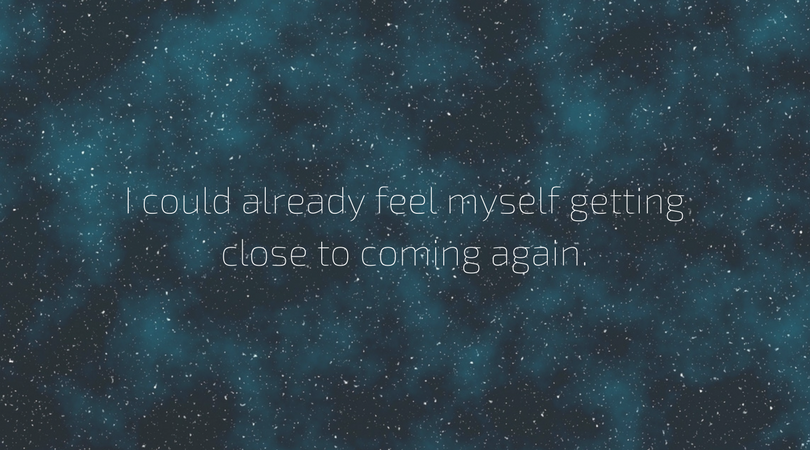 I tried to yell at him, but he kept his hand clamped firmly over my mouth as he continued to fuck me hard. I started to push against him with my arms, but he released my mouth, grabbing my wrists instead. He held them above my head with one hand. I tried to pull free, but it was useless.

“Please,” I whimpered. “I didn’t mean to lie to you.” I could already feel myself getting close to coming again.

“You most certainly did mean to,” he said through clenched teeth as he thrust. “You want to know the funny part? You already had my trust, but you kind of fucked that up now.”

Had I actually hurt his feelings? Had I been wrong to try and exploit his sympathies?

Wait— Of course, I wasn’t wrong. You’re trying to escape from this man. Keep your head, I reminded myself.

Now, I was angry.

“Yes, I did mean to lie to you! You purchased me at a fucking slave auction for Christ’s sake. What did you expect?”

That actually gave him pause, and for a moment, I thought perhaps I’d struck a chord. He stopped, gave me a thoughtful look, and then rolled off of me and got out of bed. I breathed a sigh of relief, but it was too soon. He was back a few moments later with a ball gag that he shoved into my mouth.

“There,” he said. “Much better. Now roll over. I’ve got a few lessons to teach you.”

Thank you, and I hope you enjoyed this chapter! Let me know what you think or leave me some feedback, constructive criticism, etc., below in the comments.

Need to catch up?

Submit
$1.06
15 votes
6
Authors get paid when people like you upvote their post.If you enjoyed what you read here, create your account today and start earning FREE STEEM!
Sort Order:
[-]
lacher-prise (44)  ·  2 years ago

Congratulations , very nice
On aime 💗 on partage 🌈 on like 👍

Yes, please. I want more of this! More more more!!!

Your wish is my command :)

Great story! Looking forward to your next instalment!

It's a great job, good story and when you finish to read it you always have the feeling of wanting the next chapter.