Learn more and see how you can help Steemitworldmap!

Welcome to the 155th edition of #traveldigest! Enjoy!
As always all posts featured here will be put on our Editors Choice Map.

Heya all, @martibis here, glad to be back for you guys! Enjoy this edition of #traveldigest!

I have been working on a tool that will help with the curation process for the team, which hopefully will be finished somewhere this week. We will keep you guys posted on that as well, for now you can check a little preview of it below (note that everything here is a test, so the judgement of the posts here were not real but just done as a quick test)!

@r00sj3 takes us on an adventure around the Wicklow Mountains in Ireland. But the day didn't pass without a bunch of problems to overcome! Starting off with driving in busy Dublin on the other side of the road. After getting used to the driving, it is time to head out to Powerscourt Waterfall - which is the highest in Ireland. After arriving, the second problem pops up: whilst trying to catch her drone mid-air, @r00sj3 slipped and the drone bounced off her fingertip, which I can imagine must've been quite a painful experience. The view of the waterfall is simply stunning though! Next up is the Glenmacnass Waterfall. They got a warning that it was most likely unreachable due to the snow on the road, but decide to try and go for it anyway! It works out, but you end up at the top of the waterfall, so the view of the waterfall isn't great, than again, you have a stunning valley view to make up for it. After ignoring a couple more Road Closed signs they find their way to Lake Guiness. Guiness is not the official name, but at times it looks just like a huge pint, and so the name was born. After that nothing could stop them, or so they thought, BAM stuck in the snow for an hour together with another car! Luckily, after some help they get out, and make their way back to Dublin. 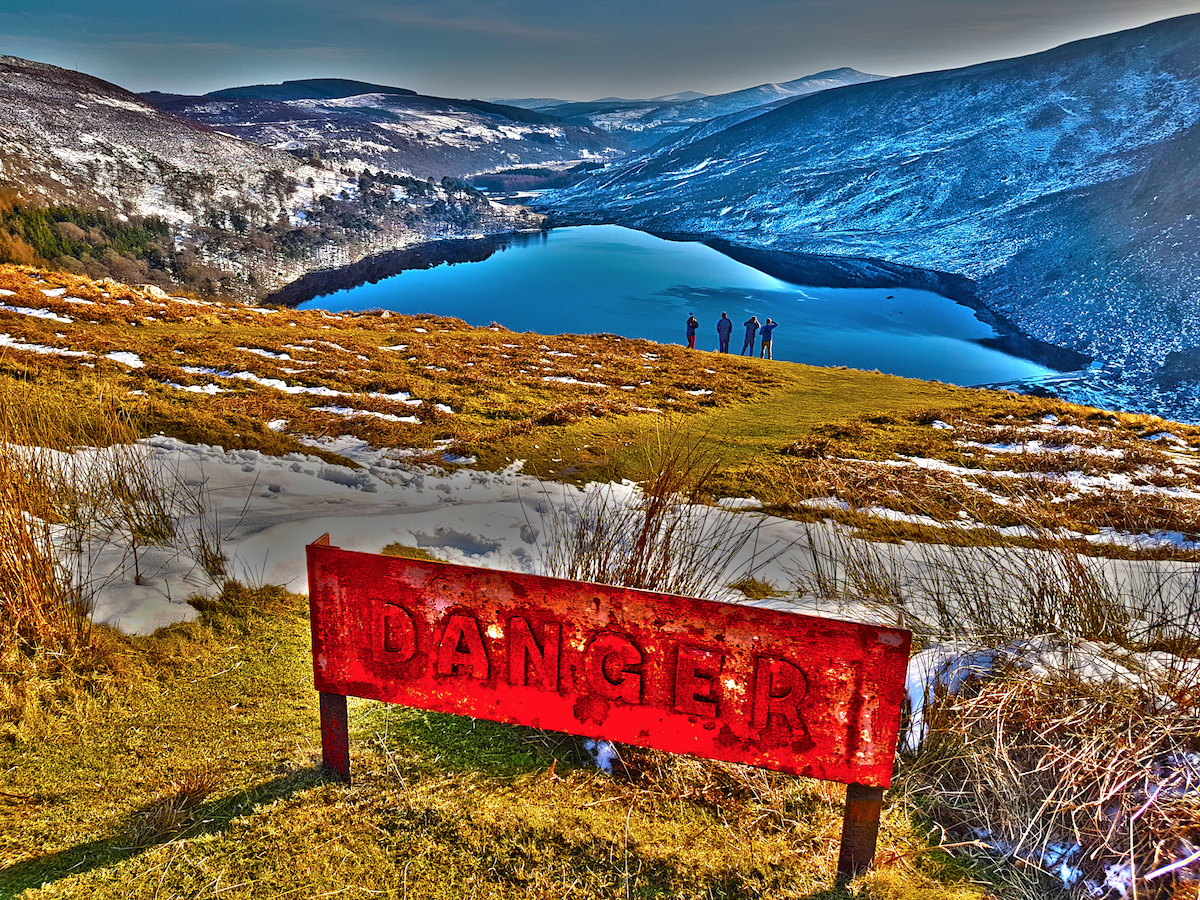 @wnfdiary takes us to the Atlas Bar in Singapore. If you're a fan of Gin and Art Deco, you're simply going to fall in love with this place. Some of you may have read the novel or seen the film The Great Gatsby. Well, if you want to step right into his world, this is the place to do it. They boast the world's biggest gin collection, with over a 1000 gins! But if you prefer something else, you won't be disappointed, with 250 types of Champagne (with a special one that was lost to the bottom of the seas during WWI and later retrieved costing a whopping 144,500 USD). Plenty of whiskey and wine to be had as well! Or if you fancy something special perhaps you'd like a Coffee & Tonic? @overlandjournals has been taking us through the Australian Outback throughout these series, and we already went from one amazing place right onto the next. In this episode, we're making it into the Simpson desert. Driving the 4x4s through the sand dunes - some of them being 30m tall -, feels as if you're in a rollercoaster. With no designated campsites within the desert, you're up to go bush camping wherever you like. So pick out your best spot, enjoy the sunset and vast epicness whilst sittind around a campfire. You're back!! Woohoo :) Thank you for the feature!!

Glad to be back, haha! And you're very welcome, it was a great post!

thank god those blades weren't strong enough to cut off my finger ;) Or I wouldn't have been able to write it! Love the summary :D

Yeah, would've been a pity not to be able to feature this post!

The summary ended up a bit more lengthy than usual, but well, there was a lot going on, right, haha!

Nice to hear from you guys again, we definitely wait for the next update. Thanks for sharing this beautiful tour life. And we do keep longing for more views of all your beautiful areas.

You're welcome, it's glad to hear people enjoy these digests!

Happy to have you back! Fastcurate looks like a super awesome tool!
Quick question: I have been tagging all my short photo posts on the world map since I joined Steemit because I love to have a map with all my photos but now I realise that these short posts kind of spam your curation, so should I only use the steemitworldmap code snipped on my more extensive travel posts (at least two photos)?

Glad to be back for sure! Yeah, it should make it a lot easier!

Oh no, no worries at all, I mean after all every user of the map is kind of making their own map through their author-link.

Of course those posts are less likely to make it into the digest, but that's our job not yours! The Fastcurate should make it all go a bunch smoother (atm we manually open all the posts that were added to the map on a given day in separate tabs, which at times can go as high as 200posts)!

200 posts sounds like a crazy lot of work, with travelfeed we are doing about 20-30 a day currently and even that takes quite some time!

Heh, yeah, it can get a bit crazy at times! It's why it's so important I started working on a tool to lessen the workload some!

I am sure the tool will help a lot, it looks amazing! I can't imagine how difficult it has to be to develop it, I am studying computer science but I only have a very basic understanding of how to grab data from the Steem blockchain

I've been using SteemSQL to extract the postbody, and then made some improvements to a markdown to html jQuery plugin that already existed. That combined made it relatively easy to get out the postbody!

SteemSQL sounds interesting, but the subscription fee would be too high for me to just play around with it. I'm testing out Steem Python at the moment since I have this idea for a bot for travelfeed; it won't be an UI but will save a lot of time with the curation by automating some tasks

Welcome back! Yes we miss you :)

Thank you, glad to be back!

I've been missing these digests, welcome back guys!

While the break gave me a lot of times to work on some other things, it is definitely great to be back!

I missed you so much and decided to even not post until you are back, hahah :)
Welcome back!

Ooh, well, I'll be expecting some amazing posts from you in the coming days in that case, haha!

Welcome back! You were certainly missed.
Thank you for the feature. Stoked!! :)

You're very welcome, and congrats on being one of the first to be featured after the break, haha!

Thank you for featuring my content. Wish you all best in future.

You're very welcome, looks like one hell of a bar!

Hell yeah we missed you! And nice job for the upcomming app!