After our day at the zoo on our second day in Japan, we were looking for an authentic Japanese restaurant in the popular Ameyoko Ueno area, and we ended up in a Korean restaurant. 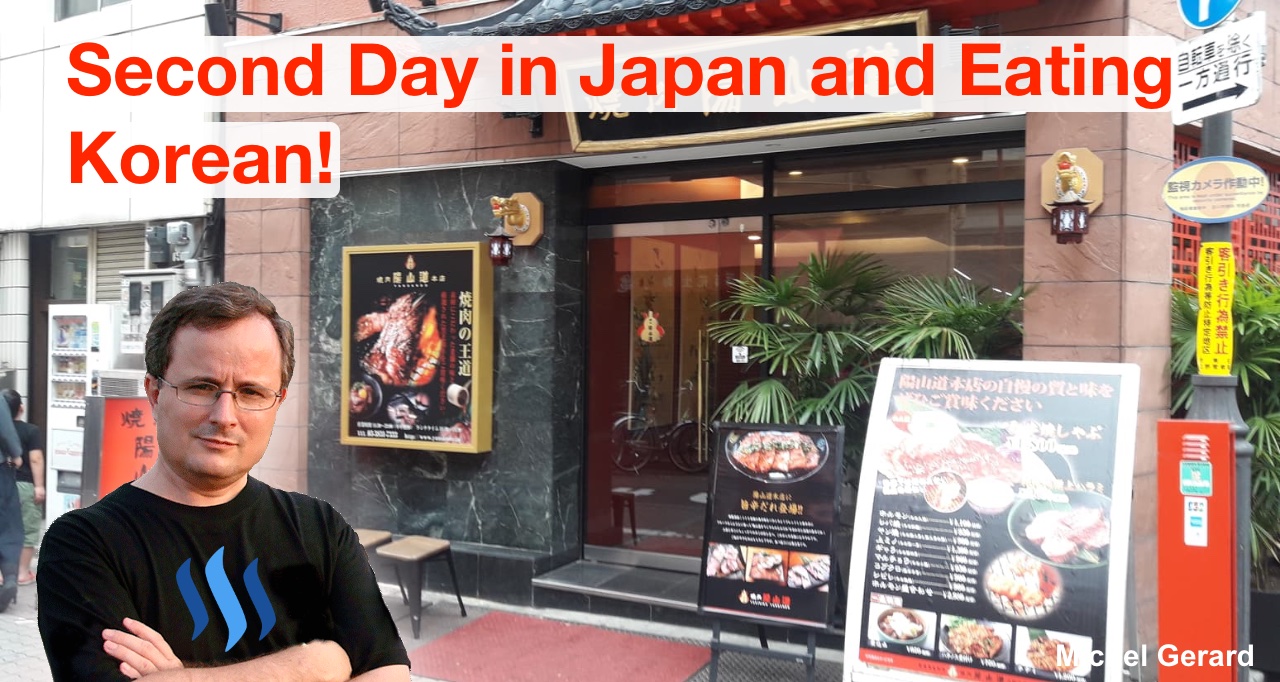 This is one of the problems traveling in Japan, there is very little English used or not at all, and when choosing a restaurant, you don't really know what food you get. As you can see in the photo above, there is nothing indicating it was a Korean restaurant unless you read Japanese, and being in Japan, we expected to find Japanese food.

All photos are mine and taken with my wife's Samsung phone (dead battery in mine!)

After our visit of the Ueno Zoo in *Tokyo, we decided to walk in the area called "Ameyoko Ueno," which is a very popular walking street next to the train station as shown on the map below. This is a photo taken in that crowded street where there are lots of Japanese and international restaurants and shops. This walking street is located in the circle on the map and the restaurant as well, but in another small street. 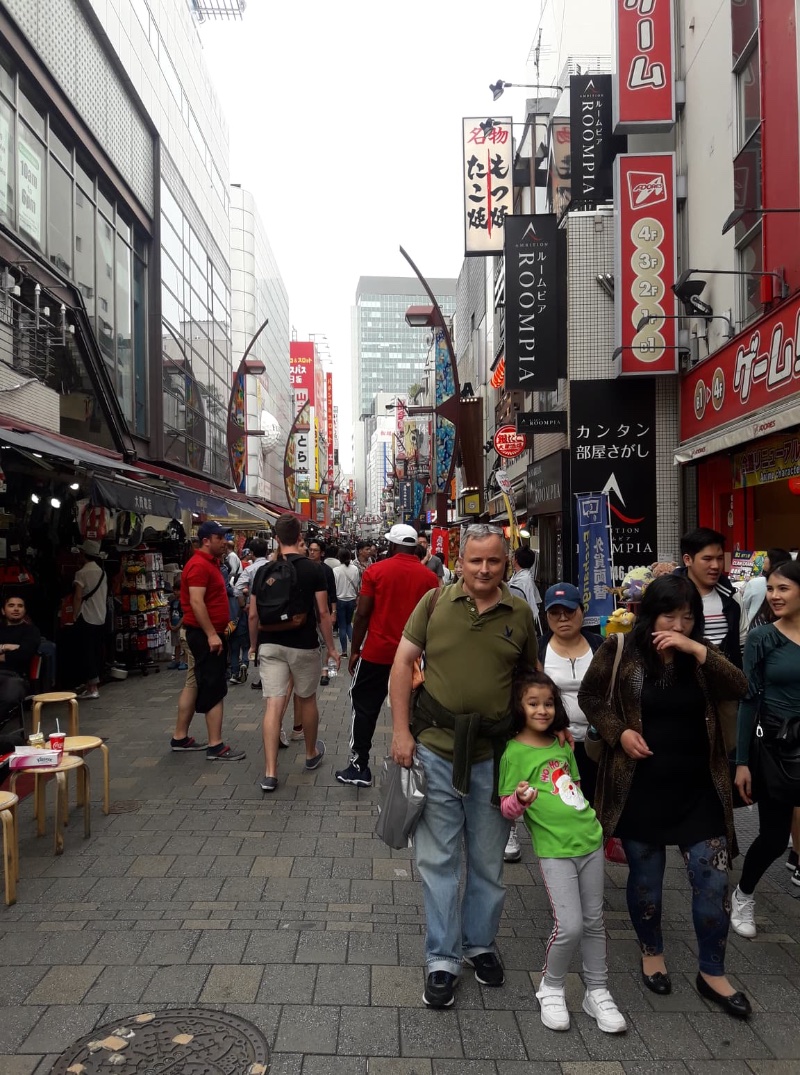 That's the Korean restaurant, which is a nice building. You are provided with a paper napkin to make sure you leave as clean as you entered. 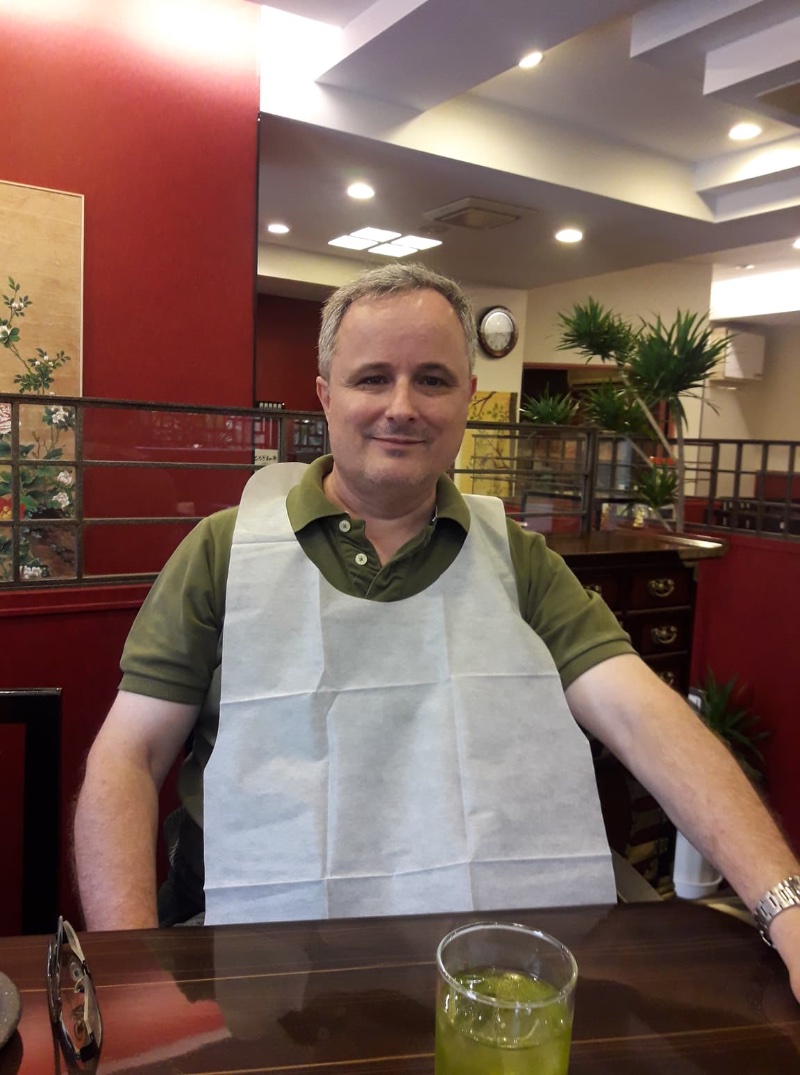 They have a menu of very special and expensive meat and we selected the one below, which has 4 kinds of meat we can put on the grill. As you can see the price was ¥4,500 ($40). This is the real thing with 4 little flags indicating what meat it was, which we couldn't read. 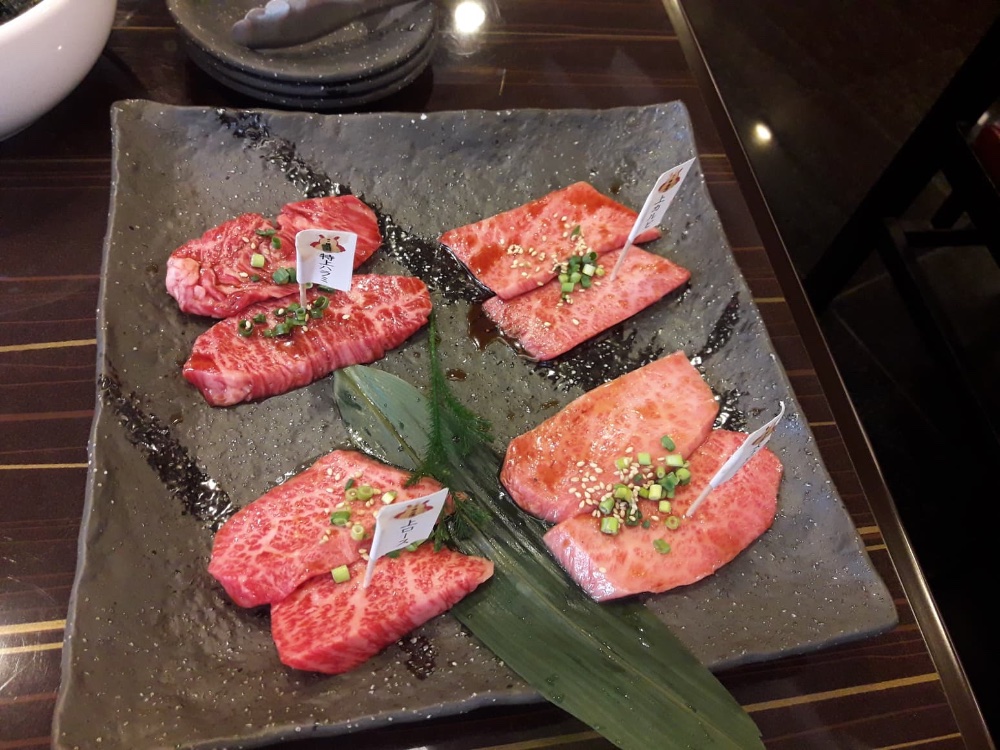 On the grill, and I can say that this was excellent. It was like having meat melting in your mouth, very tender and succulent. 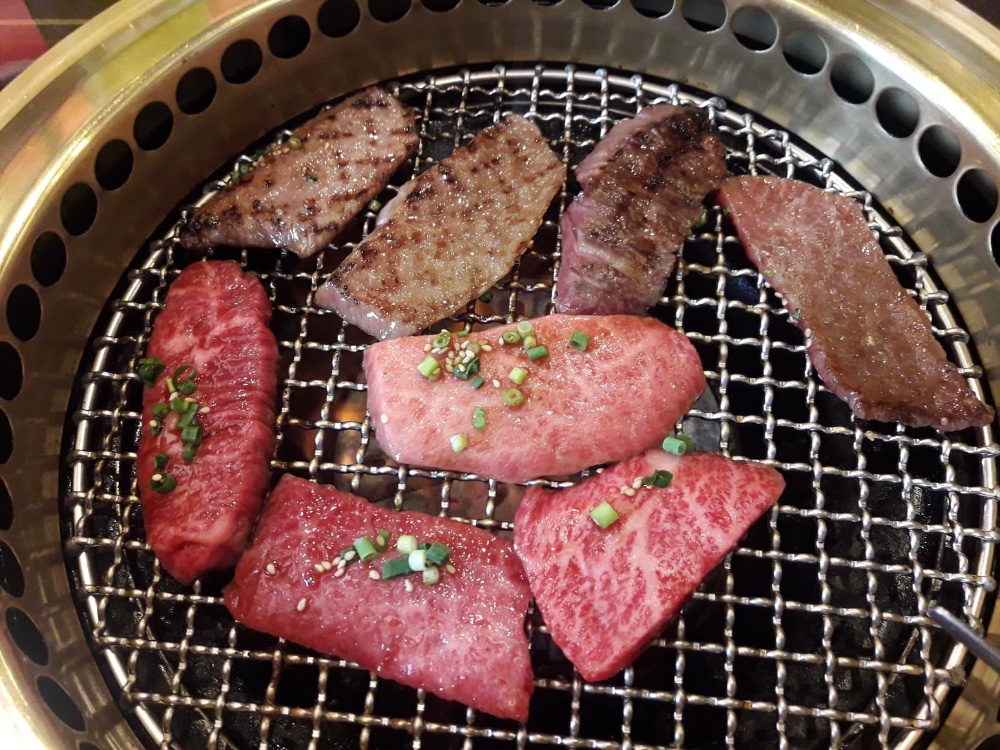 We also had a kind of rice bowl with different food in it. Finally, we had a salad. 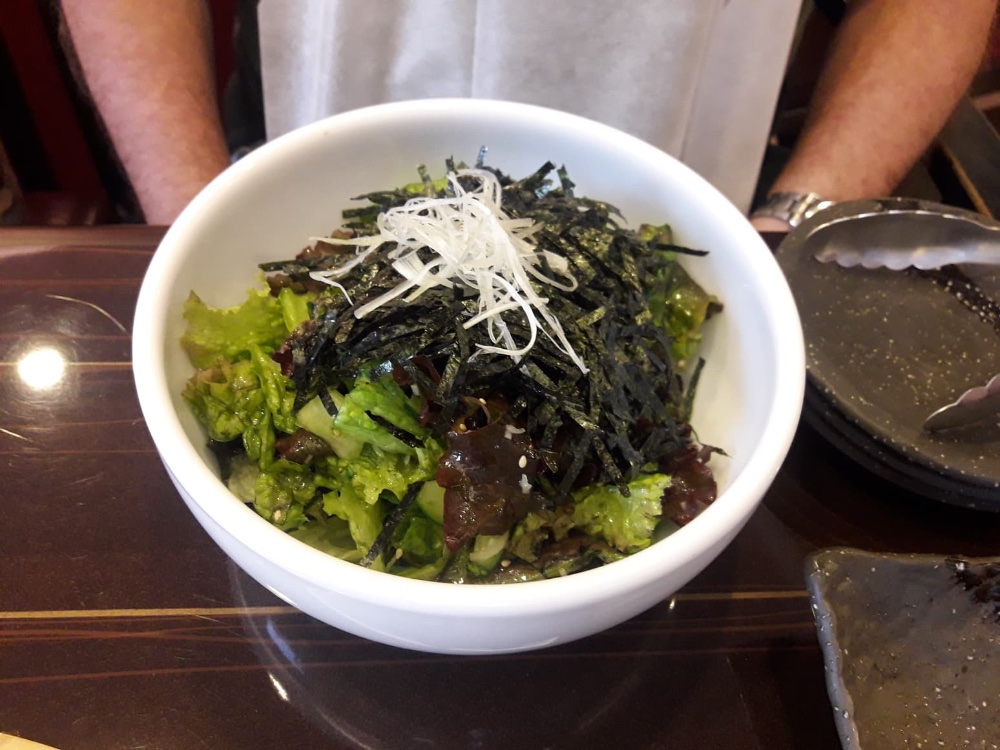 That's the most expensive meal we had in Japan.

All photos are mine and taken with my wife's Samsung phone (dead battery in mine!)

Yes, it was. Thank you for commenting.

It is always good to spend quality time with the family, wow! those meats look very delicious, hehe, really, I ask you to continue making trips and show us, hehehe more experiences than these, greetings friend

It's good too! Thank you for commenting.

The food looks delicious, The food seems expensive because in Korea it would cost probably half! But well it depends on restaurants, ambiance and staff service - all these things adds up.

The meat is special from cows with a specific diet and that's why it's expensive. No ordinary meat you find at the butcher fore sure. Thank you for commenting @gpalav.

looks like you had a great time in japan. The meat does look like wagyu. Always great to spend time with the family. Enjoy!

This is definitely not something we would do every day, but it was nice to try this out. Thank you @tanveerali for commenting.

japan is a good place to travel and I enjoyed a lot there basically food habit of japan is soo attractive.

yeah @steemvive i have always done like you. Japan is aslo a great place to travel. we enjoy a lot there. thanks steemvive for helping me in the travel

@steemvive, thank you for commenting.

A pleasant trip and delicious food.

Do you like cooking with beer? Try it with a Witbier next time.